The stock market says the odds for the outcome in the 2020 presidential election have shifted dramatically in the past week.

A few weeks ago, the Socionomics Institute reported that the stock market had been trading in a range in which 87% of presidents have been reelected. But after the swift drop in the Dow Jones Industrial Average over the past week, the Institute observes that the index is now trading in a range in which only 55% of presidents have emerged victorious.

“That’s a big shift in President Trump’s historical company. Just a week ago, stock market history was shining favorably on him,” said Matt Lampert, the institute’s director. “But as we said then, beware because a lot can happen in the market before Election Day. And a lot just happened.”

In a 2012 study, Lampert and colleagues at the institute found that the overall net change in the stock market in the three years leading up to a presidential election was a better reelection indicator than GDP, inflation and unemployment, either separately or combined. This year, they revisited that work and discovered that a 20% net gain in the market over that three-year period had been an especially reliable signal across the entirety of U.S. presidential election history.

“Dating to George Washington, only two incumbents have lost after a three-year 20% net gain in the market,” explained Lampert. “But for gains less than 20%, it’s a different story.” 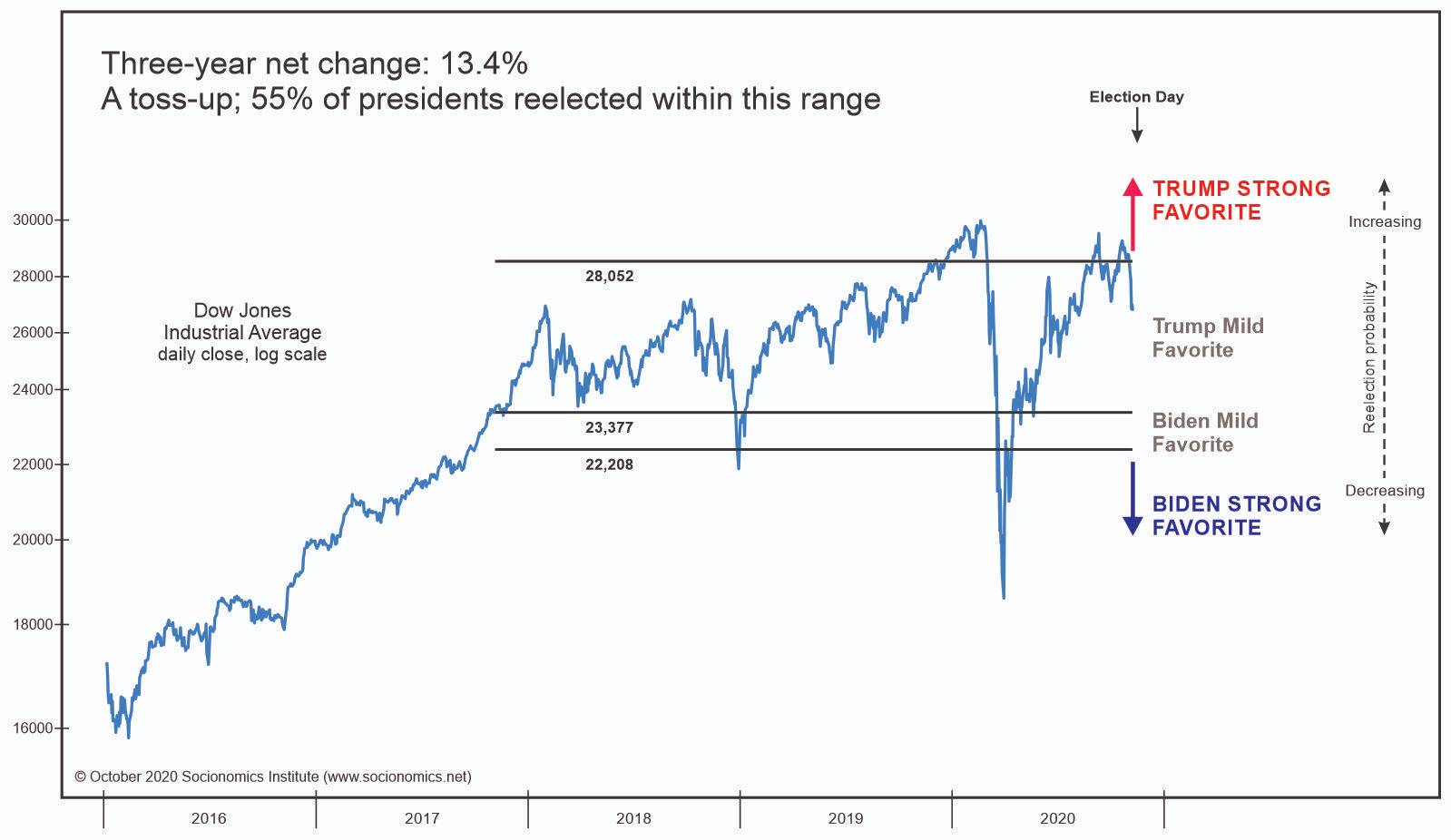 In the nine elections in which incumbents sought another term with a three-year net positive gain in the stock market below 20%, five presidents won, while four lost. That history has mildly favored incumbents but only by the slimmest of margins.

In other words, contrary to the polls, stock market history suggests a range of potential outcomes.

Five of the nine elections have been landslides—with incumbents winning three and losing two. The remaining four contests include Harry Truman’s reelection in 1948, despite his challenger’s heavy lead in the polls, and the election of 1888, when incumbent Grover Cleveland won the popular vote but lost in the Electoral College.

A chart on the institute’s website, updated through Friday, shows how the historical odds in the current race have shifted over the past three years based on the stock market’s action.