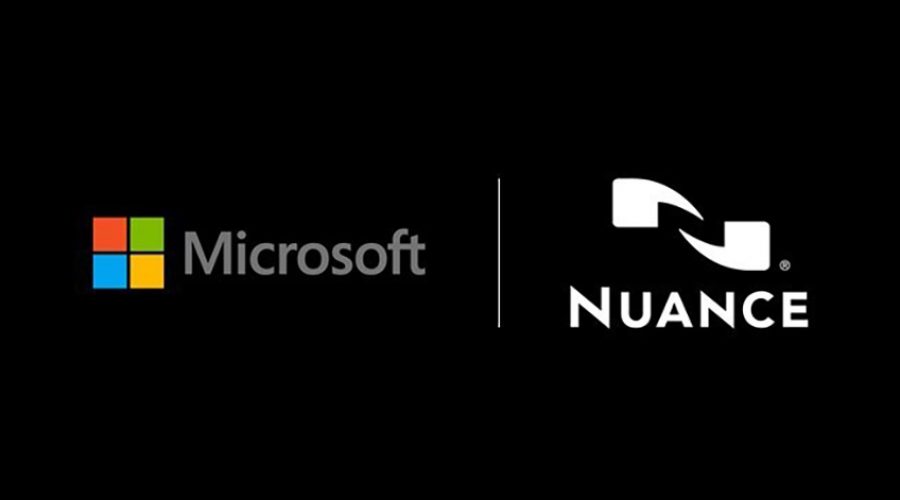 Microsoft Corp (Nasdaq: MSFT) and Nuance Communications, Inc. (Nasdaq: NUAN) today announced they have entered into a definitive agreement under which Microsoft will acquire Nuance for $56.00 per share, implying a 23% premium to the closing price of Nuance on Friday, April 9, in an all-cash transaction valued at $19.7 billion, inclusive of Nuance’s net debt. Nuance is a trusted cloud and AI software leader representing decades of accumulated healthcare and enterprise AI experience. Mark Benjamin will remain CEO of Nuance, reporting to Scott Guthrie, executive vice president of Cloud & AI at Microsoft. The transaction is intended to close this calendar year.

Microsoft has accelerated its efforts to provide industry-specific cloud offerings to support customers and partners as they respond to disruption and new opportunities. These efforts include the Microsoft Cloud for Healthcare, introduced in 2020, which aims to address the comprehensive needs of the rapidly transforming and growing healthcare industry. Today’s acquisition announcement represents the latest step in Microsoft’s industry-specific cloud strategy.

Nuance is a pioneer and a leading provider of conversational AI and cloud-based ambient clinical intelligence for healthcare providers. Nuance’s products include the Dragon Ambient eXperience, Dragon Medical One and PowerScribe One for radiology reporting, all leading clinical speech recognition SaaS offerings built on Microsoft Azure. Nuance’s solutions work seamlessly with core healthcare systems, including longstanding relationships with Electronic Health Records (EHRs), to alleviate the burden of clinical documentation and empower providers to deliver better patient experiences. Nuance solutions are currently used by more than 55% of physicians and 75% of radiologists in the U.S., and used in 77% of U.S. hospitals. Nuance’s Healthcare Cloud revenue experienced 37% year-over-year growth in Nuance’s…

The Alabama Rural Coalition for the

Bipartisan Reintroduction of NO HAT 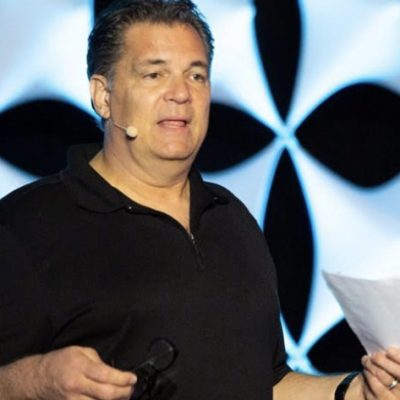 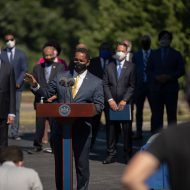 While the year 2020 has been challenging for people around the world, the digital sector has remained much more resilient.

Spurred by lockdowns, curfews, and in-person gathering restrictions due to the Coronavirus pandemic, digital transformation and innovation have become a necessity.

The COVID-19 pandemic resulted in schools being shut all across…

NASA’s Hubble Space Telescope is “seeing double.” Peering back 10 billion years into the universe’s past. Hubble astronomers found a pair of quasars that are so close to each other they look like single object in ground-based telescopic photos, but not in Hubble’s crisp view.

The researchers believe the quasars…

A new podcast hit South African listeners by storm in February as Dr. Tevin Naidu launched his new mental health podcast, “Mind-Body Solution.” The podcast received thousands of downloads within the first month and continues to grow – even making its way to international listeners. It is set on…

We are made of stardust, the saying goes, and a pair of studies including University of Michigan research finds that may be more true than we previously thought.

The first study, led by U-M researcher Jie (Jackie) Li and published in Science Advances, finds that most…

When the Internet first became a popular avenue for businesses to sell their goods, people who were tech-savvy found opportunities to make money by buying different domain names of companies with a trademarked name in order to allow them to buy the domain name for their use. These people… 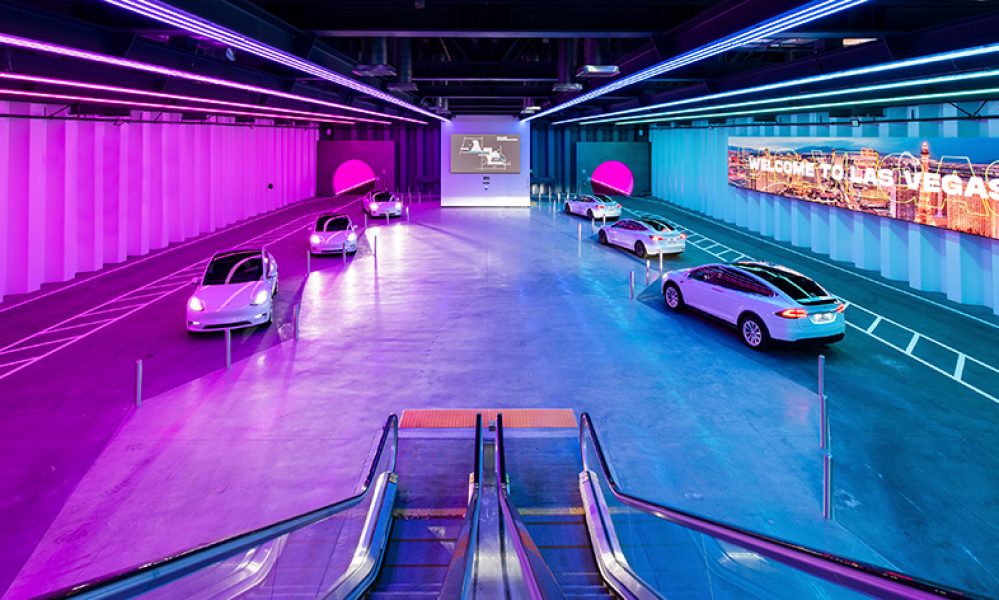 The $52.5 million system will serve as a fun and quick way to move convention attendees throughout the more than 200-acre campus, all 40 feet beneath the ground in all-electric Tesla vehicles. Plans have been announced to develop an expanded system throughout the resort corridor, known as the Vegas Loop, which will ease traffic congestion and offer a new transportation option for visitors from as far north as Downtown Las Vegas, throughout the Strip and as far south as Allegiant Stadium.

“We are excited to have partnered with Elon’s company to bring this transportation ‘first’ to our valued convention customers,” says Steve Hill, LVCVA president and CEO. “The expanded Loop system, when developed, will be a game-changer and a new ‘must experience’ attraction for our visitors.”

Continue reading ...
6 mins
The outside of the FDA headquarters is seen in White Oak, Maryland. © Al Drago 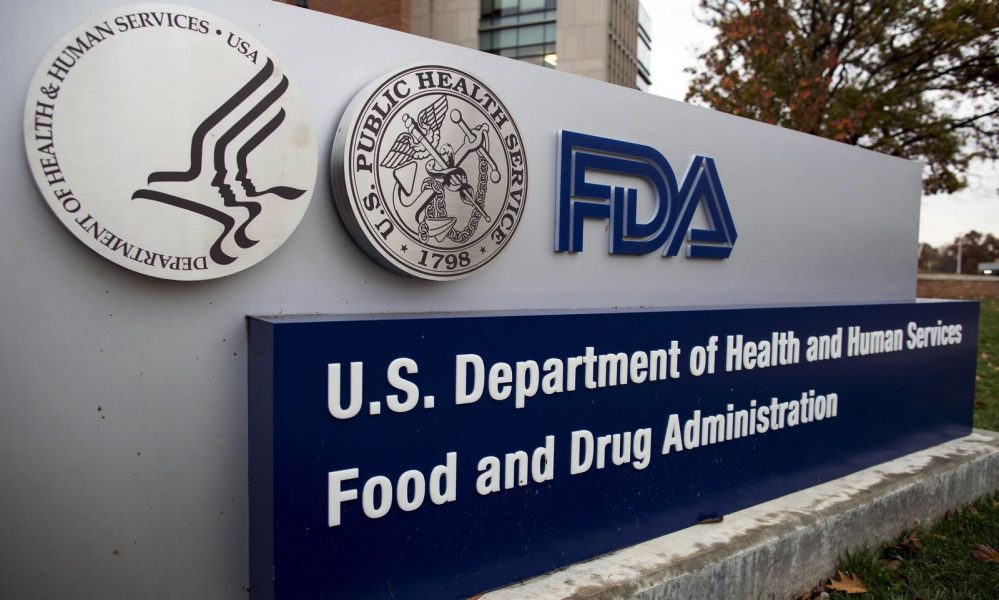 U.S. Food and Drug Administration authorized marketing of the GI Genius, the first device that uses artificial intelligence (AI) based on machine learning to assist clinicians in detecting lesions (such as polyps or suspected tumors) in the colon in real time during a colonoscopy.

“Artificial intelligence has the potential to transform health care to better assist health care providers and improve patient care. When AI is combined with traditional screenings or surveillance methods, it could help find problems early on, when they may be easier to treat,” said Courtney H. Lias, Ph.D. acting director of the GastroRenal, ObGyn, General Hospital and Urology Devices Office in the FDA’s Center for Devices and Radiological Health. “Studies show that during colorectal cancer screenings, missed lesions can be a problem even for well-trained clinicians. With the FDA’s authorization of this device today, clinicians now have a tool that could help improve their ability to detect gastrointestinal lesions they may have missed otherwise.”

According to the National Institutes of Health, colorectal cancer is the third leading cause of death from cancer in the United States. Colorectal cancer usually starts from polyps or other precancerous growths in the rectum or the colon (large intestine). As part of… 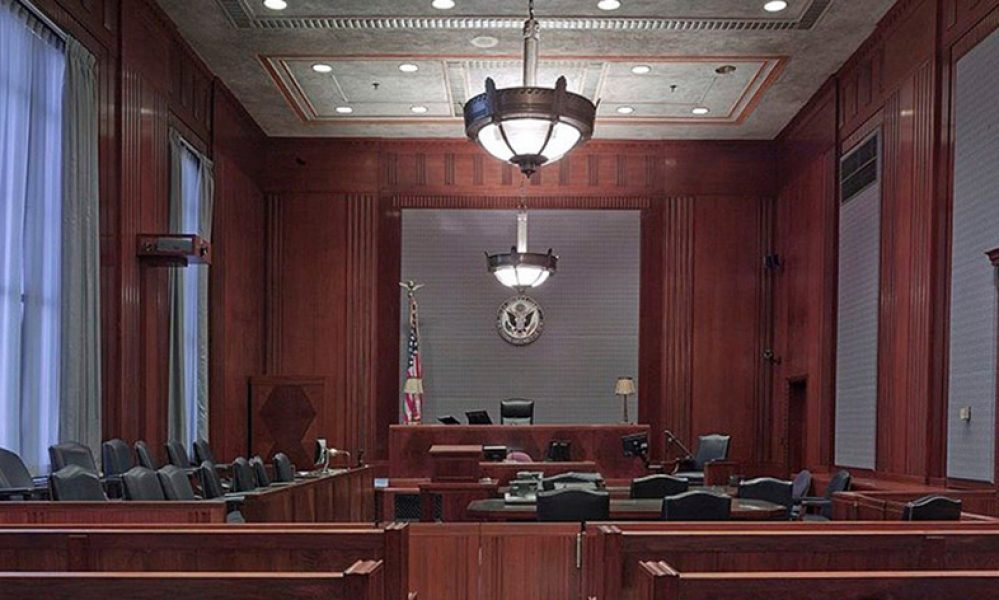 When the Internet first became a popular avenue for businesses to sell their goods, people who were tech-savvy found opportunities to make money by buying different domain names of companies with a trademarked name in order to allow them to buy the domain name for their use. These people began the trend of cybersquatting.

As an up-and-coming business owner, it is very important to make sure you check the trademarks that are already created by businesses that may be similar to yours and to make sure you have full legal control over your domain. Here are…

How Diet Affects Your Skin

We all know that eating healthy, drinking plenty of water, and steering clear of too much fat or sugar can help us achieve our weight loss goals and provide a boost to our overall health. But what do our dietary choices do for our skin?

As the largest organ on…

CVS Health (NYSE: CVS) has surpassed 10 million COVID-19 vaccine doses administered through its participation in the Pharmacy Partnership for Long-Term Care Program and Federal Retail Pharmacy Program. The company is now administering vaccines in nearly 2,000 stores across 44 states, Puerto Rico, and Washington, D.C., with the pace…

Can a Robot Take a Lawyer’s Job?

The United States justice system is essentially a long list of things you can do and things you cannot. On the surface of it, one would assume that a computer program would be more than capable of running such a system, condemning the guilty and freeing the innocent. There…

One year after Pennsylvania physicians saw their first cases of COVID-19, they have shared their triumphs, traumas, and revelations with the Patient Safety Authority. Released on National Doctor’s Day, their stories, which can be read here, uncover poignant moments, depths of suffering, and warnings to…

Early results show that a new combination drug therapy is safe and effective against advanced skin cancer in patients who were not able to have their tumors surgically removed.

The drug combination is among the first, researchers say, to demonstrate the potential value of a live common cold virus, a coxsackievirus, to infect and kill cancer cells.

The Phase I study, led by a researcher at NYU Langone Health and its Perlmutter Cancer Center, is also among the first to show how such oncolytic viruses can safely boost the action of widely used cancer therapies that help the body’s immune defense system detect and kill cancer cells. Currently, such immunotherapies are only effective in shrinking melanoma tumors in just over a third of patients who receive them.

The new study results showed that injections of experimental coxsackievirus drug V937, along with pembrolizumab, an immunotherapy drug known as pembro or Keytruda, was well tolerated. Moreover, the combined treatment shrank melanoma tumors in nearly half (47 percent) of 36 men and women who received the therapy every few weeks for at least two years.

Researchers say most side effects, such as rash and fatigue, were minimal, while 13 patients (36 percent) had serious immune reactions in the liver, stomach, or lungs, not unlike side effects that are known to happen with pembrolizumab alone.

Set for presentation at the annual meeting of the American Association for Cancer Research online April 10, the study also showed that eight patients who received both drugs (22 percent) experienced complete remission, with no remaining signs of…

Protecting one of our most vulnerable populations, babies and young

Nevada State Treasurer’s Office announced the launch of the Nevada

American healthcare consumers remain hesitant about reentering hospitals and instead are looking to urgent care clinics to aid in health-related needs, according to Deputy’s COVID-19 Healthcare Urgency Report. The report also reveals that many Americans question the validity of the emergency authorization of three vaccines,…

The National Institutes of Health and the District of Columbia government are teaming up to raise awareness among District parents and caregivers about how to reduce the risk of sudden infant death syndrome (SIDS) and other sleep-related causes of infant death, such as accidental suffocation.

Although many U.S. states and… 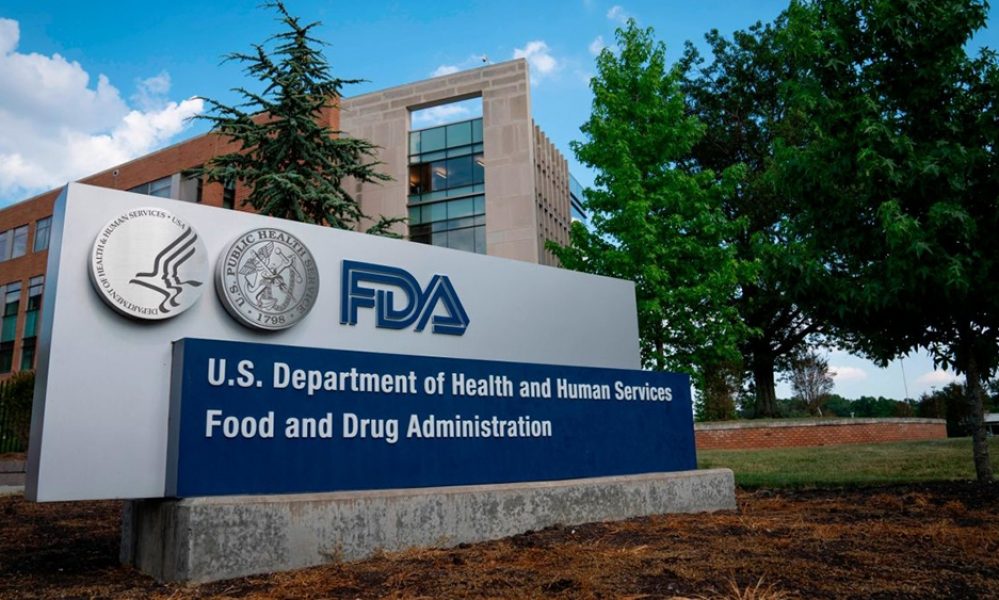 Protecting one of our most vulnerable populations, babies and young children, is among the U.S. Food and Drug Administration’s highest priorities. Today, we’re announcing a new action plan, Closer to Zero, that sets forth our approach to reducing exposure to toxic elements in foods commonly eaten by babies and young children to the lowest possible levels. Although the FDA’s testing shows that children are not at an immediate health risk from exposure to toxic elements at the levels found in foods, we are starting the plan’s work immediately, with both short- and long-term goals for achieving continued improvements in reducing levels of toxic elements in these foods over time.

We recognize that Americans want zero toxic elements in the foods eaten by their babies and young children. In reality, because these elements occur in our air, water and soil, there are limits to how low these levels can be. The FDA’s goal, therefore, is to reduce the levels of arsenic, lead, cadmium, and mercury in these foods to the greatest extent possible. We are also sensitive to the fact that… 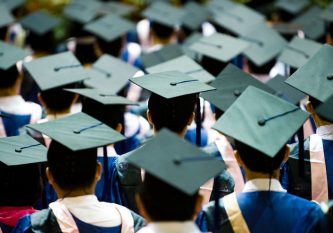 COVID-19 swept into Southern California a year ago, a silent and forbidding foe that randomly upended the lives of patients young and old, hearty and frail, ready or not. Some survivors can recall every detail of their illnesses, while others say that memories of days spent on a ventilator or…

Will COVID-19 Vaccines Need to Be Adapted Regularly?

Influenza vaccines need to be evaluated every year to ensure they remain effective against new influenza viruses. Will the same apply to COVID-19 vaccines? In order to gauge whether and to what extent this may be necessary, a team of researchers from Charité – Universitätsmedizin Berlin compared the evolution…

Legislation backed by C Spire and designed to implement computer science curriculum in the classrooms for all the Mississippi’s 884 K-12 public and charter schools was enacted into law with the signature of Gov. Tate Reeves today.