Policy and Public Interest / How Did the Media Cover the Final 2020 Presidential Debate?

Just as Legent has pushed the boundaries of bourbon, this one-of-a-kind jacket redefines denim, a classic American staple, using the finest whiskey-hued Japanese woven fabric. Produced on old shuttle looms in Okayama and cut and sewn in the USA, the birthplace of blue jeans, the Bourbon Selvedge Denim Jacket is as unique as the bourbon that inspired it. Each jacket is hand numbered and available for a limited time on ToddSnyder.com and at Todd Snyder retail locations in New York City for $248 USD.

“I have been traveling back and forth to Japan for decades drawing inspiration from the dynamic people, culture and fashion,” says Todd Snyder. “It’s been so fascinating to see how American trends have been adapted and re-interpreted in Japan, like denim, and vice versa, with Japanese trends in the U.S. I am honored to work alongside Legent to bring to life two cultures through quality craftsmanship.”

Since launching in 2019, Legent has changed the landscape of the bourbon category. A product of two whisk(e)y legends, Legent is expertly distilled by Fred Noe, seventh-generation Master Distiller of Jim Beam, bourbon’s pioneering family, and artfully blended by Shinji Fukuyo, fifth-ever Chief Blender of Suntory, the founding house of Japanese whisky. The award-winning bourbon brings…

The Vampire’s Wife In Collaboration With H&M: A Glamorous, Dark And Powerfully Feminine Collection 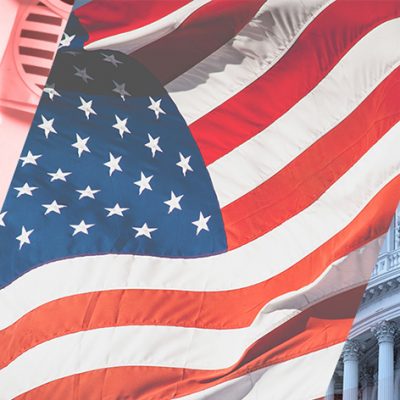 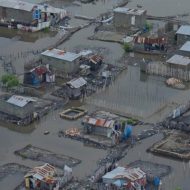 Neiman Marcus Positioned to Continue Transforming the Future of Retail

Neiman Marcus Holding Company, Inc. (formerly the “Neiman Marcus Group LTD LLC”) (the “Company”) announced it has emerged from voluntary Chapter 11 protection, successfully completing its restructuring process and implementing the Plan of Reorganization (“Plan”) that was confirmed by the U.S. Bankruptcy Court for the…

The iconic Guinness and Carhartt brands are teaming up once again to release a legendary, limited-edition fall collection. The Guinness x Carhartt Heritage Collection features rare, archival Guinness logo designs that date back to the 19th and early 20th centuries, printed on premium Carhartt workwear items.

The exclusive collection is…

Instacart, the North American leader in grocery delivery, and Sephora, the largest prestige beauty omni-retailer, today announced a new partnership to offer same-day delivery in as fast as an hour from nearly all Sephora store locations across North America. Beginning today, Sephora is now available on the Instacart marketplace,…

The ongoing pandemic has led to people asking when they will be able to get their nails done again safely. MyAgnesApp poses a different question, why should you have to go somewhere else to get your nails done professionally? The one-of-a-kind app helps connect customers with highly skilled beauty… 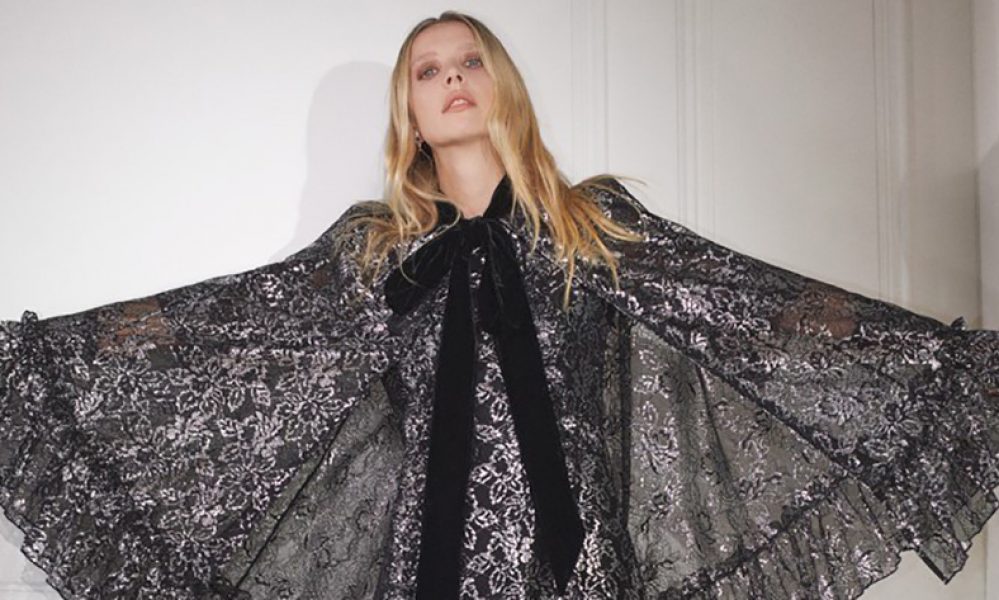 The Vampire’s Wife In Collaboration With H&M: A Glamorous, Dark And Powerfully Feminine Collection

A fashion insider favorite, The Vampire's Wife is known for flattering silhouettes, glamourous details and an unbridled celebration of women and the female form

“It was a great honour to be asked to be the designer and the creative director of The Vampire’s Wife’s collaboration with H&M. H&M went to extraordinary lengths to bring the dark and sensual world of The Vampire’s Wife to life. I hope this collection gives as much joy to those who wear it, as it did for me to create it,” says Susie Cave, Creative Director and Designer.

“With this collaboration, H&M and The Vampire’s Wife want to show our customers that fashion can, and should, empower… 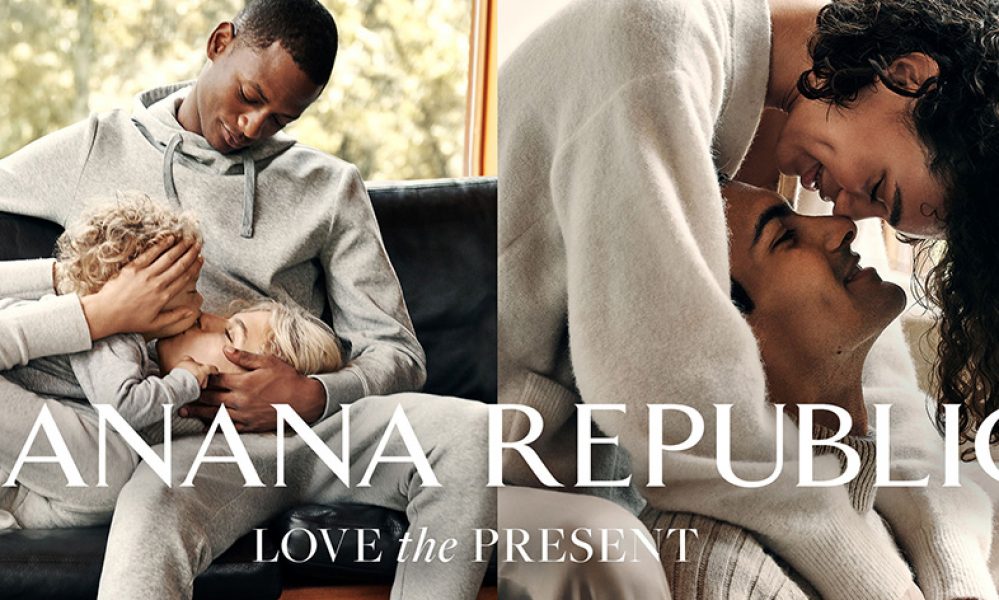 The brand returns to national television for holiday 2020

This holiday, Banana Republic debuts Love The Present, a campaign that celebrates love and underscores an appreciation for the here and now. Photographer and Director Cass Bird captured the intimacy of real-life families and couples who share their affectionate spirit of the holidays in personal ways. Marking the brand’s first seasonal campaign to air nationally across television since 2005, Love The Present launches today on bananarepublic.com and across digital media and direct mail. National television will air on November 9 across networks including CBS, E!, Bravo and more.

“In this unprecedented year, Holiday 2020 is an opportunity to refocus on what really matters — spending time with loved ones, creating new traditions and making the most of every moment, big or small,” says Mike Janover, Head of Marketing for Banana Republic. “With shifting consumer shopping patterns, and more time spent at home than ever, it’s the right time to layer in national broadcast to extend our message to a wider audience and visually demonstrate the versatility of the assortment to the consumer.”

The supermodels and lifestyle entrepreneurs are the first duo to kick off Dynamite’s Muse Project and #IAmDynamite Campaign, a call to action that encourages customers to bring their aspirations to life.

The style icons have graced the covers of Vogue (including Italy, France, Spain, Germany and U.S. editions), Harper’s Bazaar,…

Global fashion retailer SHEIN has announced the brand’s first-ever virtual fashion show: #WalkYourWonderful. With a stellar lineup featuring Ellie Goulding, Rita Ora, Stefflon Don and SHY’M, plus over 100 influencers from across the globe, the online event will launch on Saturday September 19, 2020 at 10am PDT, exclusively on…

Today sees the launch of the first Playbook for Climate Action, developed by the Fashion Industry Charter Signatories for the industry stakeholders. The Playbook is a living guide to enable all actors of the Fashion industry to identify what climate actions…

MasterClass, the streaming platform that makes it possible for anyone to learn from the best, announced that esteemed fashion designer, television personality, and author Tan France will teach a class on style for everyone. France will teach members confidence-boosting tips and tricks to discover their own personal style. Now…

J.Crew Group (the “Company”) announced that it has successfully completed its financial restructuring process and emerged from Chapter 11 well positioned for long-term growth. As part of its financial restructuring, the Company has equitized more than $1.6 billion of secured indebtedness, and Anchorage Capital Group, L.L.C. (“Anchorage”) has become…

Expanding the Q Timex franchise and bestsellers, while staying true to watchmaking heritage with updates to Marlin®, Waterbury Traditional, Celestial Opulence and more

Timex®, a world leader in watchmaking, introduces its men’s and women’s Fall/Winter seasonal collections, which were conceived at the Giorgio Galli Design Lab in Milan, Italy. The Fall/Winter 2020 collection includes several new, statement-making designs that embody the spirit of the brand’s We Don’t Stop™ campaign, which nods to the brand’s 166-year legacy of grit and perseverance while also speaking to its strides toward a brighter, stronger and more inclusive future.

“This season is about rebirth, a time to reflect on the past and look ahead to more possibilities. The Fall/Winter 2020 collection pays homage to our rich history of craftsmanship and authenticity, as well as a resurgence of archival styles with modern interpretations,” said Giorgio Galli, Design Director of Timex Group.

The FW20 men’s collection will expand its continued sold-out Q Timex franchise based on consumer demand, now offering a wider range in both the Quartz and Automatic collections. It also introduces the nostalgia-charged Q Timex Reissue Digital LCA watch from the late 80’s, a style that recreates the original right down to its unique digital/analog hybrid display and pre-INDIGLO® backlight technology.

Staying true to its roots, Timex will expand its Automatic offerings with new styles in the Waterbury Traditional Automatic line, reimagined with a textured dial and open sub-dial proudly displaying the tried-and-true 21-jewel automatic movement, while the M79 Automatic will return with a blacked-out look. The now-iconic Marlin® Automatic Day-Date is also coming back with a new mid-century color palette. And finally, the Navi XL Automatic will receive its own updates, bringing new design…

Blue Nile Embarks on Aggressive Retail Expansion in 2020 and Beyond

As the world of retail continues to change, Blue Nile,

Neiman Marcus Positioned to Continue Transforming the Future of Retail

Fresh off the GapKids’ BE THE FUTURE campaign – a call-to-action for youth, led by youth – Gap introduces STAND UNITED. The brand’s Fall adult campaign highlights the power of standing together as a collective of diverse individuals, voices raised, for a more equitable future.

Now, more than ever, our homes are our sanctuaries, places of safety and wellbeing, and our rooms have become multi-purpose spaces. The Mitchell Gold + Bob Williams Fall 2020 Collection offers inspired designs for life at home as places of reflection where happiness and gratitude can be shared with…

Banana Republic introduces “Will Work For A Better Republic” – a campaign recognizing this unique moment in time where the landscape of modern work – and what we wear to do it – has evolved beyond the workplace to work toward a better future together. To mark this shift,… 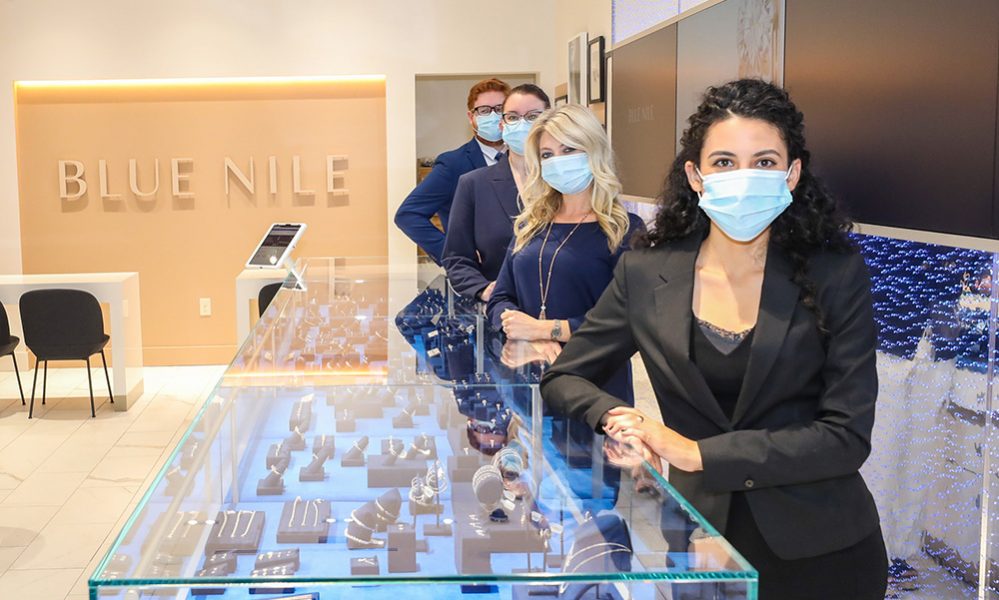 Blue Nile Embarks on Aggressive Retail Expansion in 2020 and Beyond

As the world of retail continues to change, Blue Nile, the largest online retailer of graded diamonds, diamond engagement rings and fine jewelry, announced today, a paradigm shift to seamlessly extend its ecommerce offerings with offline experiences. Blue Nile will embark on a massive brick-and-mortar expansion, opening three new showrooms in Q4 2020, and plans to open 50 new showrooms targeting the top 50 markets over the next three years. This concept will expand to traditional, high-end malls; open air malls; and urban, street-side locations. The new showrooms will open today at Park Meadows in Lone Tree, Colo., near Denver, on Nov. 2 at Fashion Island in Irvine, Calif. and on Nov. 9 at Oakbrook Center in Oakbrook, Ill., near Chicago.

Under new leadership with CEO, Sean Kell, and a revamped management team, Blue Nile is building on their 20+ year heritage and category leadership to extend and elevate the brand at each touchpoint. According to a 2019 Google/Ipsos Global Retail… 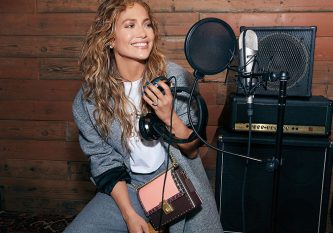 Patterson / RH
Coach introduces the Coach x Jennifer Lopez Hutton bag as part of the global superstar’s first collaboration with the house. Designed with Creative Director Stuart Vevers and inspired by the

Neiman’s State of Mind Campaign Launches With Fall Fashion, Editorial, and Services Reflective of the Current State of the World

Neiman Marcus announced the recent launch of their fall campaign Neiman’s State of Mind. The campaign reimagines the storied Fall Book into a digital experience, where a love of fashion is interpreted for our current times through editorial storytelling, firsthand access to industry experts and designers, and curated collections.

“In the midst of the pandemic, we had to think differently, get resourceful and work in new ways,” says Kimberly Grabel, Senior Vice President of Marketing. “Using a…

H&M Collaborates With Beirut-Based Designer, Sandra Mansour, For A Feminine Collection Dedicated To The Love Of Nature

H&M announced a collaboration with Sandra Mansour, the eponymous Beirut-based brand known for its dreamy and daring aesthetic – always with a modern coolness to it. Inspired by strong female artists and the beauty of nature, the collection features intricate designs in a muted color palette, where handcrafted details…