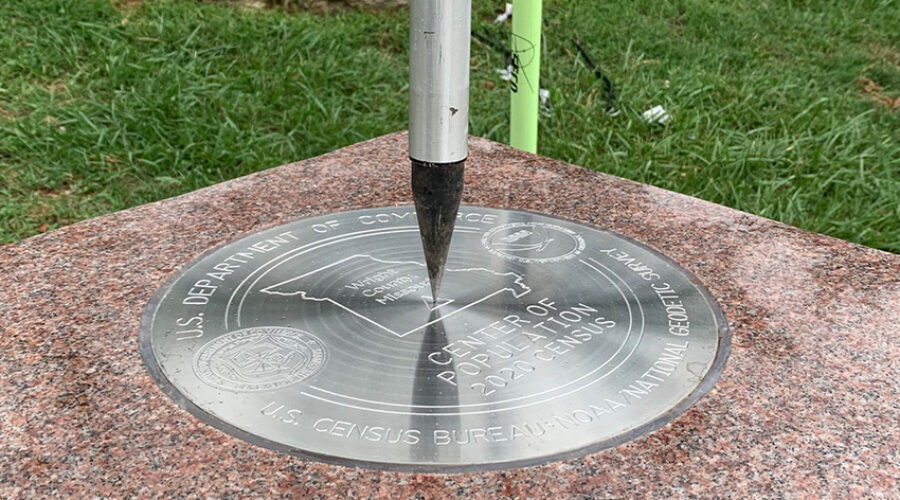 The tip of a tripod resting on the center of the 2020 Center of Population Commemorative Survey mark, as part of a GPS survey to determine the precise latitude, longitude, and height of the mark. © NOAA

NOAA and the U.S. Census Bureau mark the new U.S. center of population

Hartville, a town of about 600 people in central southern Missouri, is the town closest to the point where an imaginary, flat, weightless and rigid map of the United States would balance perfectly if everyone in the country were of identical weight. This “center” point represents the average location of where people in the United States live. The designated location is based on the 2020 Census data.

“The 2020 Center of Population commemorative mark is a tribute to Hartville, the surveying community, and the science of geodesy,” said Juliana Blackwell, Director of NOAA’s National Geodetic Survey (NGS), the science team in charge of locating the center. “The commemorative mark represents the latest stop on the center of population trail, and its exact location and coordinates will be added into the National Spatial Reference System for use by surveyors, geocachers, and geospatial enthusiasts for decades to come.”

NOAA’s National Geodetic Survey (NGS) is the U.S. government’s authoritative source for precise latitude, longitude, and elevation measurements. The U.S. Census Bureau and NOAA worked together to pinpoint the location of the center of population, using both land data and population numbers.

The center of population helps surveyors and demographers quantify how fast and in what direction the U.S. population is moving over time. The U.S. Census Bureau calculates the location every 10 years following the national census. The first U.S. center of population was Kent County, Maryland, 23 miles east of Baltimore, in 1790.

FDA Modernization Act, as Amended b

The U.S. Department of Energy announced five new Biden-Harris Administration appointees who will work alongside 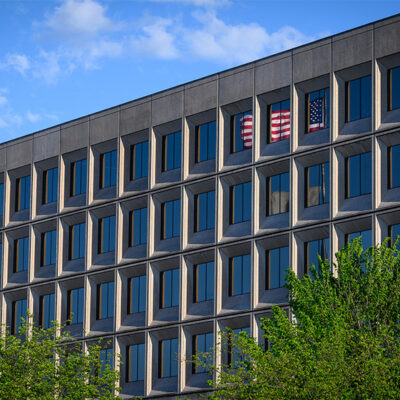 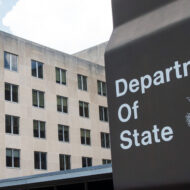 From Side Hustle to 600 Published Covers: James Patrick

Launching a business in today’s world is all about solving a need, and James Patrick Photography is doing so much by delivering high–quality, remarkable photographs. Starting his career as a photojournalist, James Patrick always dared to dream and pursued his goals relentlessly with gusto. Thus, transitioning from a journalist…

One way to explore and understand the heart of a city is through its events and festivals. The next few months are the perfect opportunity to get to know Denver as its exceptional dining and craft beer scenes will be celebrated, as well as its reputation as the arts…

Art can play a significant role in people’s lives. It can provide a source of inspiration, a sense of comfort, or a way to express oneself. For some, art is a form of therapy, helping them cope with difficult life experiences. For others, it is a way to connect…

Putting the Luwian Culture on the Map

At the time of the Trojan War, around 1200 BCE, western Turkey was covered by a dense network of well-established settlements. This is one of the main results of a comprehensive investigation that began twelve years ago and was published today. A team of Swiss and Turkish archaeologists has… 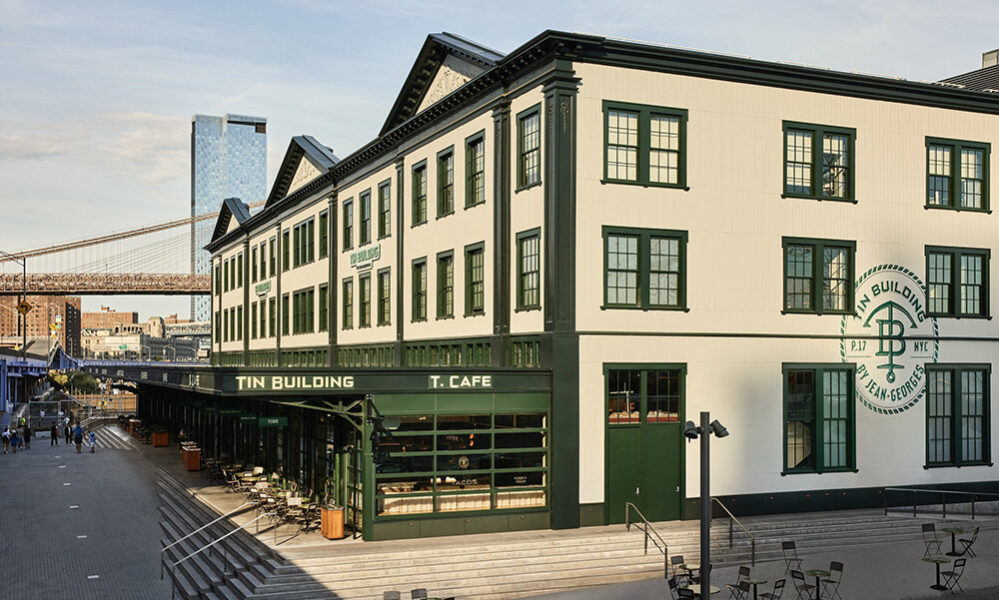 The Howard Hughes Corporation® ( NYSE: HHC) and Chef Jean-Georges Vongerichten celebrated the opening yesterday of the Tin Building by Jean-Georges—a 53,000-square-foot culinary marketplace at Pier 17 at the Seaport on the site of the former Fulton Fish Market—which features an extensive offering of international food experiences at an iconic New York City waterfront location.

The opening of the reconstructed Tin Building at its historic Seaport location marks a major milestone in the revitalization of the Lower Manhattan neighborhood and creates a destination unlike any other in the city. The expansive new marketplace—with every product and menu item personally curated by acclaimed chef Jean-Georges—reinforces the Seaport’s reputation as New York City’s new culinary epicenter. With two levels offering over 20 new restaurants, bars, grocery markets, retail, and private dining experiences all under one roof, the highly anticipated new Tin Building is the largest culinary experience to open in Lower Manhattan in recent years, bringing over 700 new jobs to the community and driving significant economic benefit to the area.

“New York City and our… 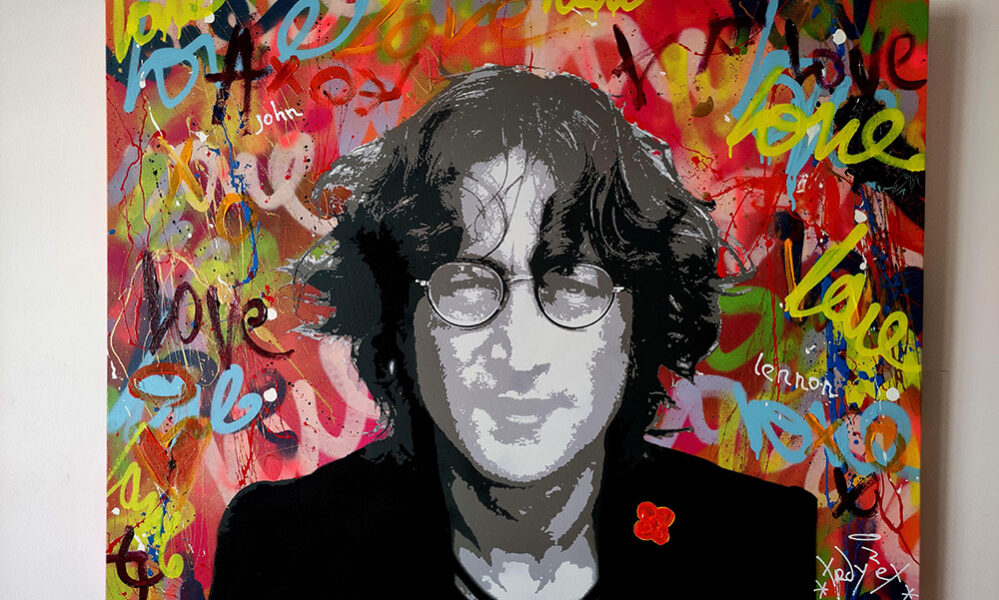 Since its inception on October 31, 1903, the Salon d'Automne has significantly shaped the evolution of modern art in Europe

Tadas Zaicikas, a Lithuanian-born, Canada-based urban abstract street artist, is coming to the prestigious Salon d’Automne in Paris in October. For his debut at this prestigious venue, the highly sought-after artist will be showing a custom-made 30” x 40” multi-layer stencil piece titled “John Lennon _ between love colors.” As the title suggests, the piece features John Lennon surrounded by a field of color blocks that symbolize love in Tadas’ classic style. It will be showcased from October 27 to 30, 2022, next to more than 100 paintings and sculptures by some of the most famous artists in history.

Although this is Tadas‘ first showing at this prestigious French art exhibition, the artist is not a stranger to fame. His work has been showcased at various exhibitions throughout Europe and other parts of the world. It has also graced multiple noteworthy homes and impacted a whole generation of contemporary artists. One of his paintings, “Love Wall,” was recently bought by world-renowned speaker, author, and real estate mogul Grant Cardone to adorn his new home. Tadas has also won local and international art awards and has received more nominations in various categories.

An ardent admirer of the graffiti street art movement,…

Dream of getting ahead in your life and at work? Have high ambitions but not so many high-value people in your network? Maybe you come across as weak or overly aggressive?

Well, a new field of study is emerging from the social sciences. It’s teaching practical ways to get ahead…

Serena Williams looks on against Ajla Tomljanović during their US Open third-round match on Friday night. © Quality Sport Images

At the US Open tournament, which is likely to be the last competition of her illustrious pro tennis career, Serena Williams was asked what she was going to do next.

She turned to the TV cameras and shouted: “I’m going to Disney World!”

Like so many titans of sport who have reached the pinnacle of their athletic careers, Williams is marking the evolution of her career beyond tennis in the most magical way possible – by going to Walt Disney World Resort!

First, her iconic “I’m Going to Disney World” proclamation is being turned into a national commercial airing today on TV networks, online channels and social media sites around the country. The spot pays homage to Williams’ unprecedented tennis career as well as her remarkable US Open run, which became must-see TV for fans worldwide. It also celebrates her impact beyond the court where she inspires working moms, advocates for women’s rights and gives a voice to social issues. And she does it all with Vogue-worthy style and flair.

Then, Williams will take things to another level with a fun-filled celebration at Walt Disney World Resort in Florida in the coming weeks, continuing a time-honored tradition that has followed so many major sports and entertainment moments. It will be an unforgettable day highlighted by beloved Disney characters, toe-tapping entertainment and a festive atmosphere befitting one of the greatest eras in sports. And it will be yet another magical moment in the 50th Anniversary celebration of Walt Disney World Resort.

Williams left the court at the US Open as…

This holiday season, an Immersive World of Magical Light installations

Disney100: The Exhibition to Immerse Guests Worldwide in the Magic of Disney

On Saturday at D23 Expo: The Ultimate Disney Fan Event

From Side Hustle to 600 Published Covers: James Patrick

Launching a business in today’s world is all about solving

The Navy Mutual Aid Association announces its sixth year of participation with Military Makeover with Montel® airing on Lifetime TV. This season follows the renovations of the Stupar family home. Staff Sergeant Michael Stupar retired after 20 years of service in the U.S. Army; he deployed four times and…

The Hidden Heroes Cities and Counties Program is part…

MasterClass, the streaming platform where anyone can learn from the world’s best across a wide range of subjects, today announced the launch of a class on diplomacy with two former U.S. secretaries of state—Condoleezza Rice and the late Madeleine Albright. In their class, Albright and Rice provide members with… 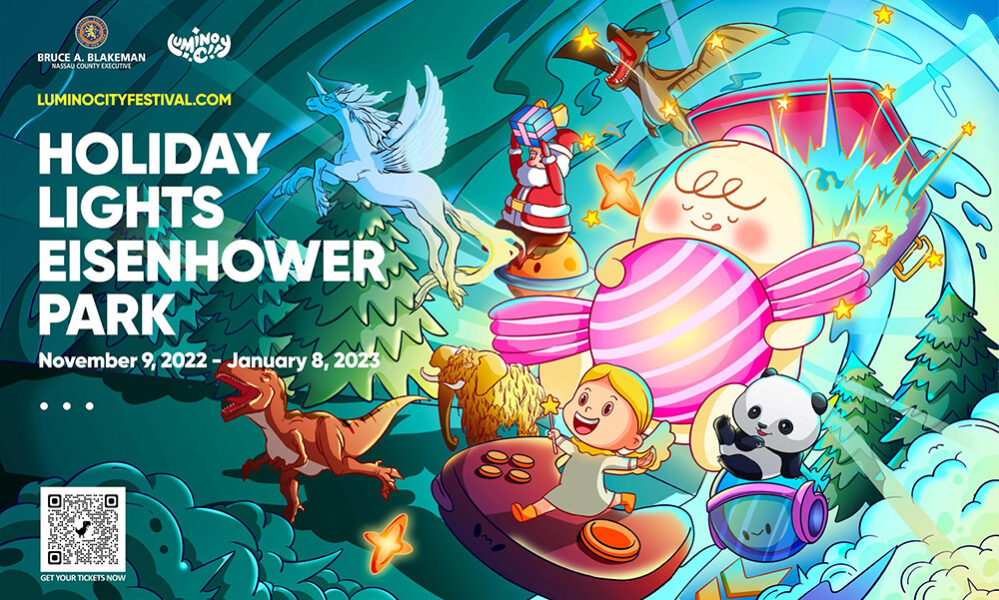 This holiday season, an Immersive World of Magical Light installations comes to life at the LuminoCity Festival at Eisenhower Park in Nassau County, NY. This year’s theme, “Pure Magic” will deliver state-of-the-art production that brings art, light, and color to life every Wednesday to Sunday from November 9th through January 8th.

LuminoCity was created through a desire to produce unforgettable experiences. Using light and imagination, we have transformed some of earth’s most interesting history into world class illuminating works of light and color display. Founder Xiaoyi Chen, who has been producing this festival since 2018, says “We are overjoyed that we have this partnership collaboration in place with Nassau County to deliver the largest LuminoCity festival we have ever held to date!” 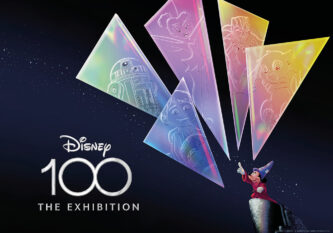 Disney100: The Exhibition to Immerse Guests Worldwide in the Magic of Disney

Patterson / RH
On Saturday at D23 Expo: The Ultimate Disney Fan Event in Anaheim, CA, exciting new details and stops were announced for the upcoming world premiere of Disney100: The Exhibition. Created

Navroz Prasla is an award-winning Indian American Director with a Rule: “Always Focus on Ordinary People” Navroz Prasla has won numerous awards and says stories about the rich and famous “are not part of my emotional mind.” Navroz Prasla has several years of experience in the industry as…

The Birth of an Excellent Exhibition Designer: What Makes Eunice Yunjeong Lee’s Works Catch the Eye

The young artist Eunice Yunjeong Lee has made herself distinguished from others with proven skills in exhibition design. With every piece of her work being filled with imagination, she has impressed the audience with how she subtly connects realities and fantasies. And now, Lee has joined the Museum of…

From On Pointe in Paris to Floorwork in NYC: The Continuous Dance-Evolution of Faustine Lavie

At first glance the grace of ballet and the grit of New York City seem to have little in common. But scratch under the surface and you will learn they are more alike than they seem: they either make you or break you.