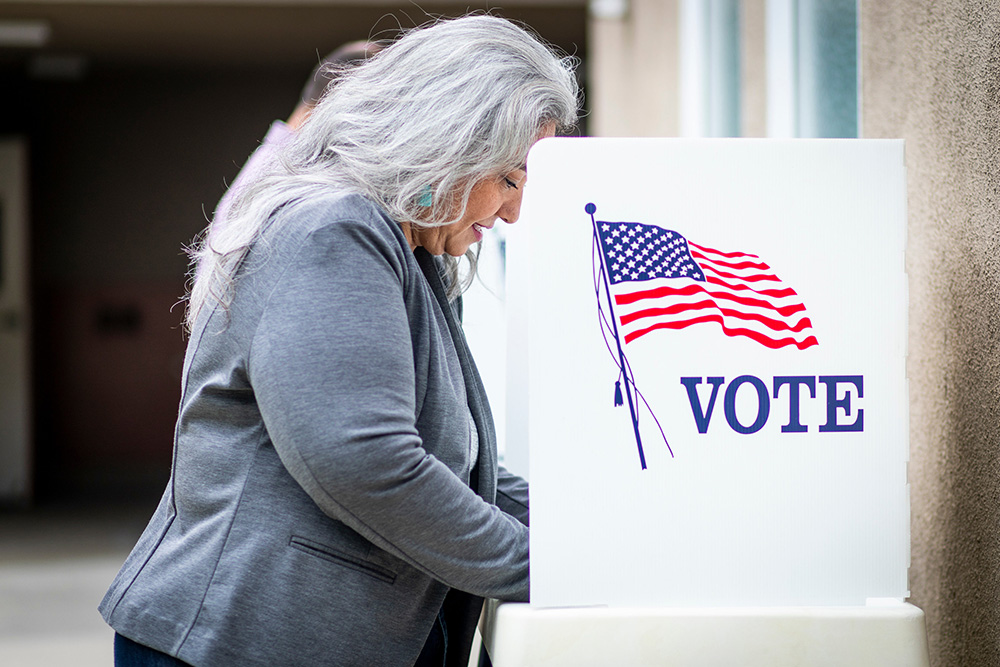 New data from the survey shows women voters 50-plus are heading into the 2022 general election worried about pocketbook issues with gas prices (49%) and food costs (27%) at the top of their inflation concerns. The survey also points out that several of AARP’s core issues – protecting Social Security (90%) and Medicare (83%) – are extremely or very important to these influential voters. Further, 79% say that the country is on the wrong track and a significant majority (87%) indicate that they are “extremely motivated” to vote in the 2022 general election.

“There are two things those running for office need to know about women voters 50-plus: They vote, and they’re influential,” said Bill Johnston-Walsh, AARP Pennsylvania State Director. “Nearly 37 million women voters over 50 cast a ballot in the 2018 midterms — that’s 30% of all Americans who showed up at the polls. Today, with the prices of groceries, gas and prescription drugs skyrocketing, women voters in Pennsylvania want to see solutions.” 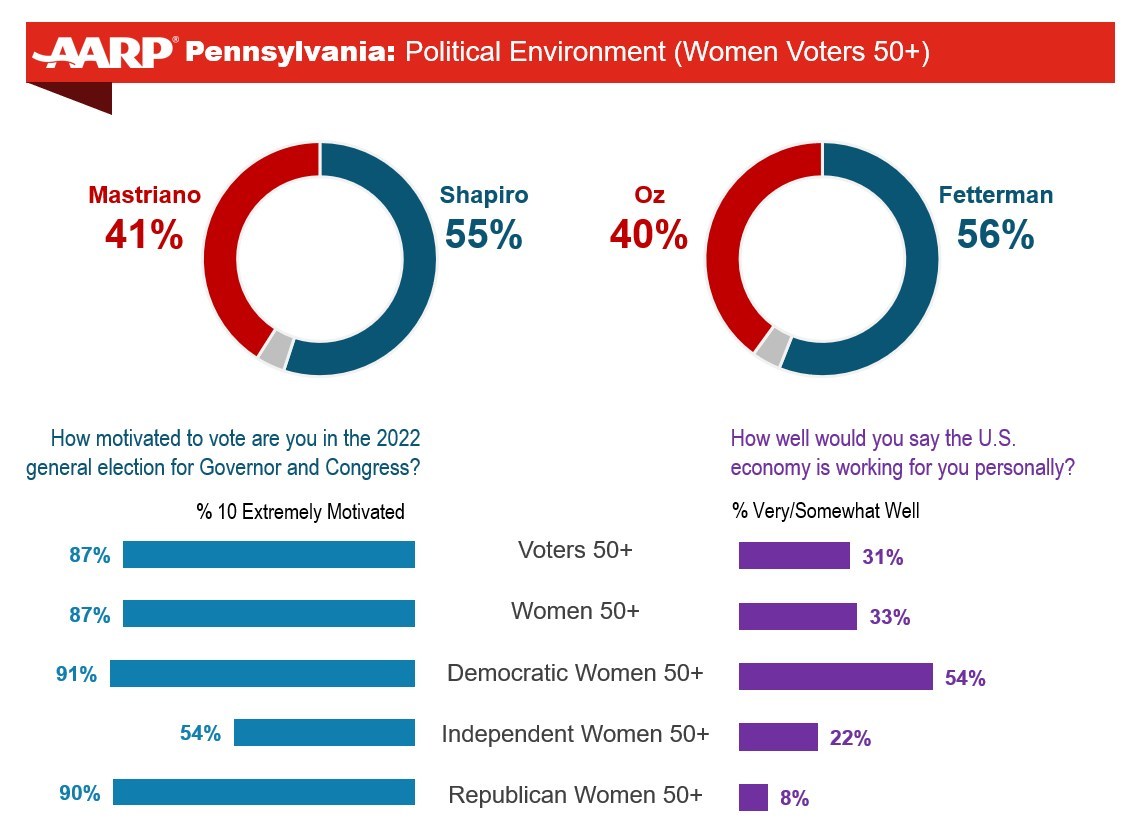 Among women voters 50-plus, Attorney General Josh Shapiro (D) leads State Senator Doug Mastriano (R), 55% to 41%. John Fetterman (D), the Lieutenant Governor, leads Mehmet Oz (R), 56% to 40% in the open race for U.S. Senate. Both Democratic candidates hold their overall narrow leads (3 percentage points in the Governor’s race, and 6 percentage points in the Senate race) in part due to support from women 50+.

The survey found that the top issues for Pennsylvania women voters over 50 include: 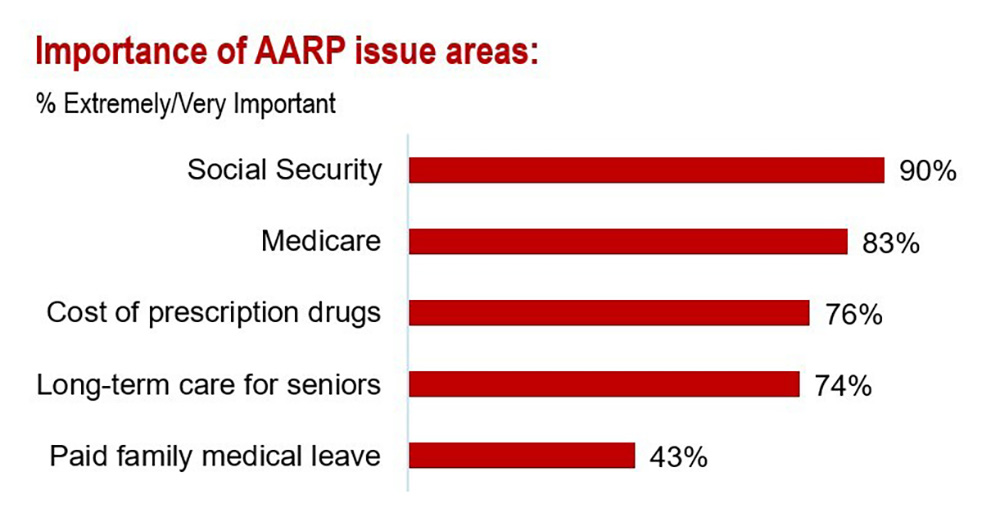 Earlier in 2022, AARP’s “She’s the Difference” poll conducted by GOP pollsters Kristen Soltis Anderson and Chris Matthews, and Democratic pollsters Celinda Lake and Margie Omero, found similar results. By more than a two-to-one margin, women voters over 50 want a politician who is willing to work together to get things done — even if the result is an occasional compromise that goes against voters’ values (67%) — over a politician who consistently fights for their values but doesn’t often find a solution (30%). This finding remains consistent across party identifications, with 77% of Democratic women and 57% of Republican women preferring a politician who compromises, while 21% of Democratic women and 40% of Republican women prefer a values-oriented politician.