Vivid Sydney, the largest festival of light, music and ideas in the Southern Hemisphere, will ignite the Harbour City this winter from Friday 24 May to Saturday 15 June 2019 as it enters a new decade of innovation and creativity with an inspiring and star-studded program of events.

Destination NSW CEO and Executive Producer – Vivid Sydney, Sandra Chipchase said, “Australia’s most loved and awarded festival, now in its eleventh year, will bring together light artists, music makers and brilliant minds to showcase Sydney as the creative industries hub of the Asia-Pacific.

“This year’s Vivid Sydney program is bold, exciting and diverse, offering something for everyone so I encourage those who want to experience this unmissable event to start planning their trip now.”

Vivid Sydney is owned, managed and produced by Destination NSW, the NSW Government’s tourism and major events agency, and in 2018 attracted 2.25 million attendees, delivering $172.9 million in visitor expenditure into the NSW economy.

“I am proud to say our marketing activities saw a record 185,887 travel packages sold to domestic and international visitors for Vivid 2018 – an increase of 37 per cent over the previous year. Vivid Sydney is a must-attend event for travellers and motivates people to visit Sydney and beyond,” Ms Chipchase said.

“It doesn’t matter your age or interests, whether it is your first time to Sydney or if you are a local – Vivid Sydney has universal appeal. The Vivid Sydney 2019 program offers inclusive and accessible installations, events and experiences that you can enjoy for one evening or over 23 nights.”

“This initiative will enable students and their teachers to meet the professionals behind Vivid Sydney’s iconic building projections and light walk installations, and to hear from artists, designers and technicians about their career paths and how they harnessed opportunities to build their skills for future projects and employment,” Ms Chipchase said.

This year’s Light Walk sees over 50 radiant works curated into the largest outdoor gallery of its kind in the Southern Hemisphere, stretching for more than three kilometres.

In a partnership first, Academy-Award winning Pixar Animation Studios will illuminate Sydney’s heritage-listed Argyle Cut in The Rocks with a creative light projection that will delight visitors of all ages as they are transported through a visual feast of behind-the-scenes artwork and the evolution of iconic animation. The return of the Argyle Cut to the Vivid Light program will be a huge drawcard for festival goers featuring the captivating characters of Pixar films, including the beloved duo of Woody and Buzz Lightyear.

Visitors can once again weave their way through the Royal Botanic Garden Sydney for close encounters with illuminated artworks that reflect and refract both light and nature. Glowing, darting, hovering above the ground, Firefly Field is a mesmerising installation of 500 flying light points that simulate the aerial ballet of these tiny nocturnal lampyridae.

Viewers are encouraged to look beyond the night sky and wonder what secrets lie beyond the stars through KA3323, a retro-futuristic satellite dish overgrown with alien plant matter that has mysteriously landed in the Botanic Garden. While at I Hear You (But Do You Hear Me?), an array of LED light poles generates a space between two people with their voices starting a conversation of light and sound, questioning inequality in the digital era.

Across the Quay, the imposing art-deco facade of the Museum of Contemporary Art Australia will be transformed by award-winning Australian-Columbian artist Claudia Nicholson who, together with light veterans Spinifex Group, reimagine her vibrant artworks into Let Me Down, an animated cycle of creation, destruction and regeneration underscored by the cool and contemporary sounds of Lonelyspeck.

Next door, in addition to an incredible experience at Foundation Hall, Samsung Electronics Australia will create a once in a lifetime experience at First Fleet Park using some of the most exciting features of the Galaxy S10 to reimagine how you see Vivid Sydney.

Watch your chips! in The Rocks examines the collective behaviour of birds, mimicking the way gulls sometimes harass humans for food scraps while Nostalgia Above connects the romance of nature to data-driven climate technology, creating a virtual barometer that forecasts rain and thunderstorms, clear or gloomy skies.

Campbells Cove is back with Ballerina, an eternal dance solo that shimmers along the harbour’s edge as if in a dream, while Let it Snow makes it seem that giant snowflakes have landed at Hickson Road Reserve offering great views from the water.

Celebrating the International Year of Indigenous Languages, the southern pylon of Sydney Harbour Bridge is set to come to life with Eora: Broken Spear curated by Rhoda Roberts AO with projection design by The Electric Canvas. This powerful work reminds us to reflect, to call country, to read country and listen to country.

The facade of Customs House is once again transformed to become an aquatic wonderland in Under the Harbour by Spinifex Group, sure to delight children and adults alike. The watery world with neon sea creatures, botanical wonderlands, and unclassified oddities will provide a playful and exquisite escape into an extraordinary underwater fantasy certain to inspire audiences and deepen the appreciation of Sydney’s aquatic haven.

On the north shore, festival favourite Taronga Zoo’s Lights for the Wild adds to its illuminated trail of interactive lanterns featuring endangered species. Joining the star-spangled Asian Elephant, a family of glowing Silverback Gorillas, the iridescent Marine Turtle and the Weedy Sea Dragon, is the Sumatran Tiger Cubs marking the birth of three new tiger cubs and highlighting the Zoo’s commitment to conservation.

In its second year, the ever-grinning Luna Park Sydney dazzles again after dark. This year adrenaline seekers can get airborne in the new family thriller Volaré studded with thousands of LED lights which perfectly complements the light-laced iconic Ferris Wheel.

Vivid Sydney at Chatswood, a family favourite, is set to radiate with peace and harmony. The Concourse will shine with Co-existence, a large-scale projection work by Hungarian artist collective Limelight while music fans can catch shows by Vince Jones and Lisa Fischer as well as performances by the Willoughby Symphony Orchestra. Vivid Ideas weighs in with a festival/conference for girl gamers and free sessions on clean beauty, fit-tech and wellness.

Barangaroo offers a feast for the senses with Exchange Place set to become a wondrous Winter Camp each night with the glowing six-metre tall spirit Marri Dyin (Great Woman) visiting Thursdays to Sundays. Visitors are invited to join her to hunt and gather through illuminated bushlands and enjoy light-inspired fare at all price-points from over 40 restaurants, bars and cafes.

At Darling Harbour, Robot SPACELand imagines a not-too-distant future where a new civilisation rises from our post-industrial debris. This is where you will get to meet mind-boggling electro-automotive super-bots that have been sent to sow the seeds of a brighter, greener tomorrow.

Vivid Sydney’s inclusive playground Tumbalong Lights is back with the support of Access and Inclusion partner Cushman & Wakefield. Inspired by the next frontier, playSPACE will bring together super-scale installations that give intrepid explorers an opportunity to walk Under the Milky Sky, play with Spaceballs, and share different perspectives with See What I See. Low-sensory sessions will be catered for too.

Vivid Ideas brings to Sydney 23 days and nights of talks, hands-on workshops and industry-shaping forums delving into the meaning of love, loneliness and belonging in our fast-paced, ever-connected lives.

This year’s Game Changers challenge assumptions on race and relationships. Hollywood trailblazer Spike Lee opens up about his personal politics, story-craft and tips for making movies that matter, while iconic psychotherapist and creator of the wildly popular podcast Where Should We Begin? Esther Perel investigates modern love in the digital age and looks at the ways relationships are being affected by technology.

The New Horizons series tunes into signals from the future. Highlights include Future of Sex researcher and podcast creator Bryony Cole charting the frontiers of sextech, Marc Fennell exploring loneliness and how and why many people in Japan feel overworked and undersexed, and Eileen Ormsby shines a chilling light into the dark underbelly of the web. Scientists and researchers from UTS, the ABC and CSIRO will also shed light on what’s coming next in AI and ethics, space exploration and more.

In The Mark Colvin Conversation: Net Worth, Pulitzer prize winner author Sebastian Smee, psychologist Jocelyn Brewer and artist and author Holly Throsby look at the value of an ‘inner life’ and ask what price we’ll pay for our constant digital distraction.

Vivid Art After Hours returns to the Art Galley of NSW for free Wednesday evenings that combine art activities, live music and talks by creative thinkers addressing issues of belonging – including comedian and ‘bad Buddhist’ Meshel Laurie, rapper, poet and author Omar Musa and artist Abdul Abdullah in conversation about cultural identity, and the team behind the hit ABC TV show You Can’t Say That celebrating social diversity.

Citizens of the World workshops and other how-to sessions will unlock essential skills for living a more creative, better informed and fulfilled life and Semi Permanent returns with a jam-packed program of design goodness featuring vice president of design for Uber, Michael Gough and other luminaries.

The Vivid Ideas Exchange will once again reside on Level 6 at the Museum of Contemporary Art Australia with 23 days of stimulating talks and skill sharpening workshops including future-facing industry forums, deep-dive conferences, panels and showcases where we brighten up your perspectives and challenge your ideas.

Vivid Sydney spotlights the city’s live music culture by both bringing in influential overseas acts and placing a firm focus on local talent, this year’s line-up is set to impress.

Vivid LIVE at the Sydney Opera House celebrates artists at the cutting edge of their genre and visionaries who create on their own terms. British alternative rock pioneers The Cure mark the 30th anniversary of their landmark album Disintegration with four sold-out Australian exclusive performances. Their compatriots, UK electronic titans Underworld are set to transform the Concert Hall into a euphoric dance floor with four exclusive shows, while rising American synth-pop star Maggie Rogers makes her Sydney Opera House debut bringing her singular fusion of melodic folk and percussive beats to showcase her incredible new record, Heard It in a Past Life. Acclaimed singer songwriter Sharon Van Etten also sails in for an electrifying one-night-only performance and legendary jazz ground-breaker Herbie Hancock’s only Sydney show will be unmissable.

2019 marks X|Celerate’s third big year and partnership between the City of Sydney and Destination NSW supporting the ongoing growth of Sydney’s thriving music scene. 23 inner city venues including a hair salon, church and brewery showcase emerging grassroots acts across every imaginable genre, with acts like The Catholics, Set Mo, Carlotta and I Know Leopard, while Heaps Gay returns for the Qweens Ball at the Sydney Town Hall.

Vivid Art After Hours returns to the Art Gallery of NSW with the fused Vivid Ideas and Music program on Wednesday evenings. Catch Andrew Bukenya’s Do the Spike Thing, OKENYO taking a sonic deep dive into the human condition and JZ Lunar Capsule presenting an Astronaut’s Playlist celebrating the music of space travellers as imagined by the Apollo 11 astronauts 50 years ago.

American Express returns as partner for the third consecutive year with the American Express Lounge at Cruise Bar as well as supporting the Vivid Sydney Volunteer Program.

For the third year, Vivid Sydney’s Access and Inclusion Partner is Cushman & Wakefield and the festival continues its sustainability partnership with the Banksia Foundation and Informed 365. 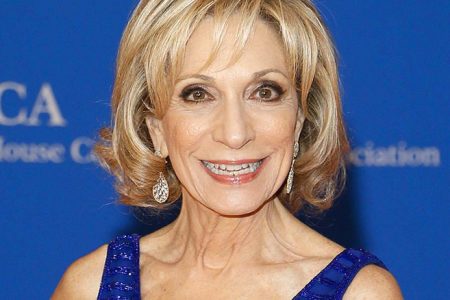 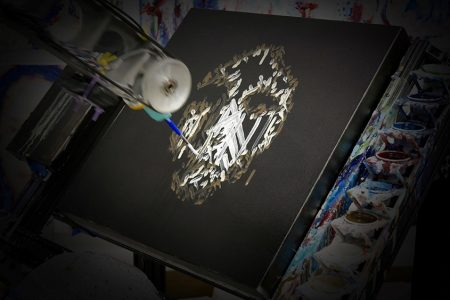 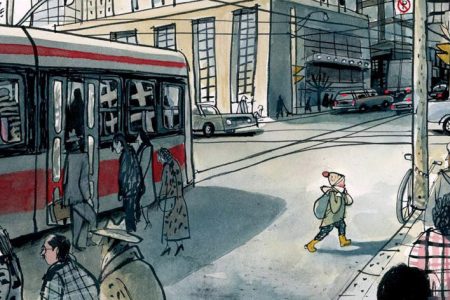