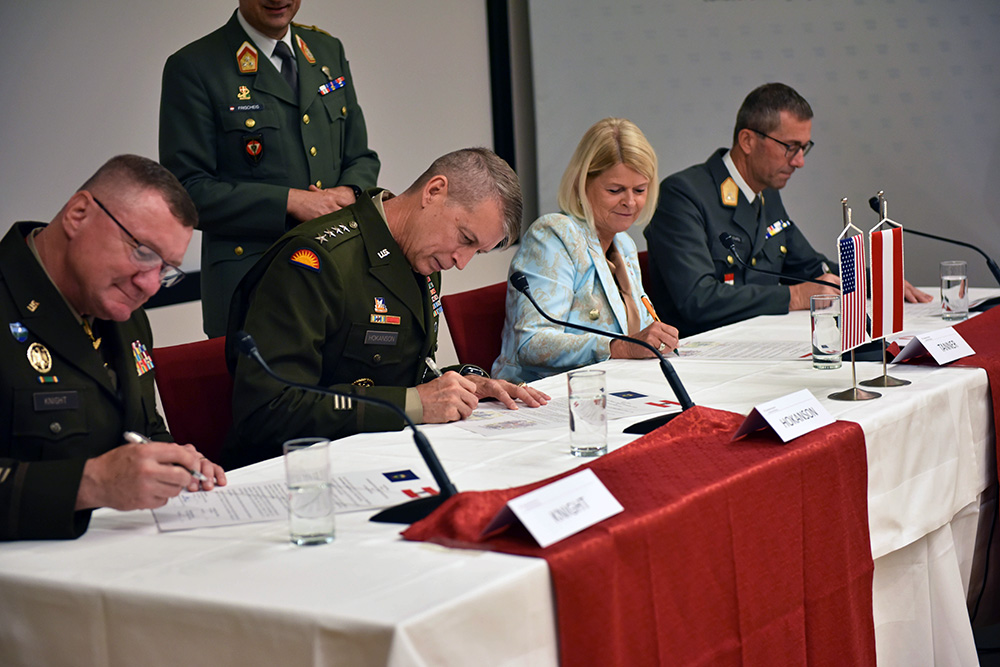 “Today’s ceremony is not the finish line of a 40-year friendship. It is the beginning of a new, deeper partnership built on global security, economic cooperation, shared values and cultural exchange,” Hokanson said. “By working together, pooling our resources, and learning from each other, we enhance readiness and interoperability. We deepen enduring friendships and further understanding. We invest in ourselves, and we invest in our shared future.”

The signing ceremony mirrored the one held in Vermont on May 11, which included Gov. Phil Scott, Austria’s defense minister and military leaders from Vermont and Austria.

“Vermont and Austria already share many economic and cultural ties,” Scott said at the signing in Vermont. “This exciting, new partnership will strengthen our relationship, and I know it will be of great benefit to all involved.” 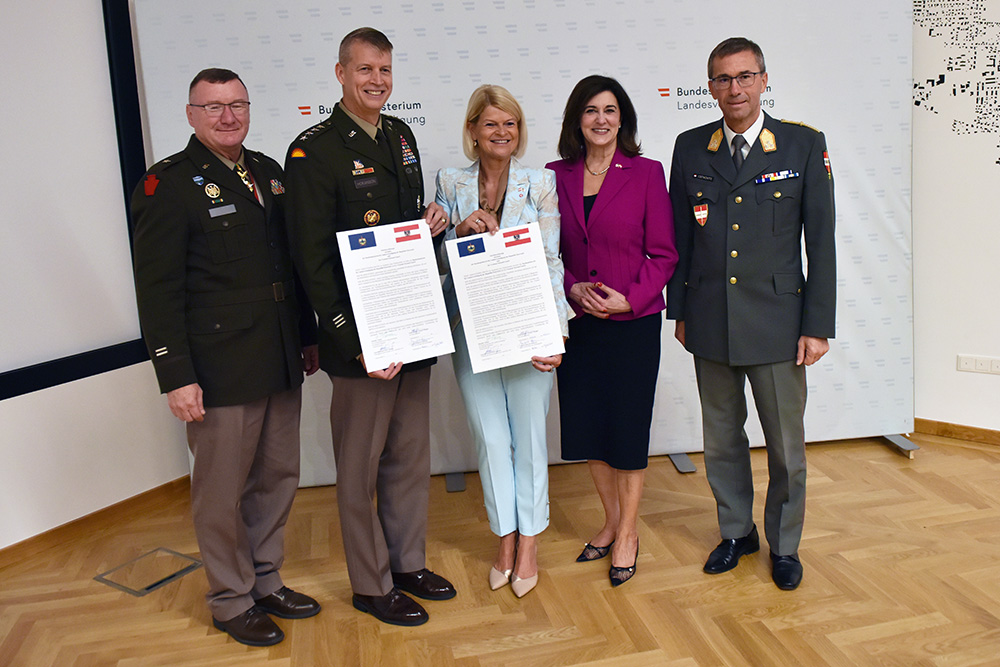 Austria and Vermont had a partnership dating back more than 30 years with the Vermont National Guard’s Army Mountain Warfare School in Jericho, the U.S. Army Biathlon Program, and training conducted with the 86th Infantry Brigade Combat Team (Mountain). Vermont National Guard members and Austrians also served together last year during a deployment to Kosovo as part of Kosovo Force.

“When creating our Army Mountain Warfare School, the first place we reached out to for expertise and guidance was the Austrian army. We benefited greatly from our ongoing relationship with Austrian military mountaineers since 1983,” said Knight. “So, while our friendship is not new, our formal partnership will allow for even more collaboration to increase security cooperation in the region.”

Austria’s defense minister agreed on the value of the partnership.

Tanner said the synergies created in the past decades led to her government’s decision to expand the cooperation within the framework of the State Partnership Program.

Knight said he hopes to develop the partnership.

“Over the coming years, we hope to conduct many military exchanges to mutually improve in areas such as cyber defense, peacekeeping operations, military mountaineering, and humanitarian and disaster assistance response,” Knight said.