The National Football League (NFL) utilized over 20 Vapor Wake® Canine Teams at this year’s Pro Bowl, Super Bowl, and special events to secure the environments from a possible body-worn explosive attack. NFL security officials were thoroughly impressed by how proactive and non-obtrusive the Vapor Wake® canines were as they secured the venues. Fans and VIPs alike showed their appreciation for Vapor Wake® canine team efforts to keep them safe on gameday. 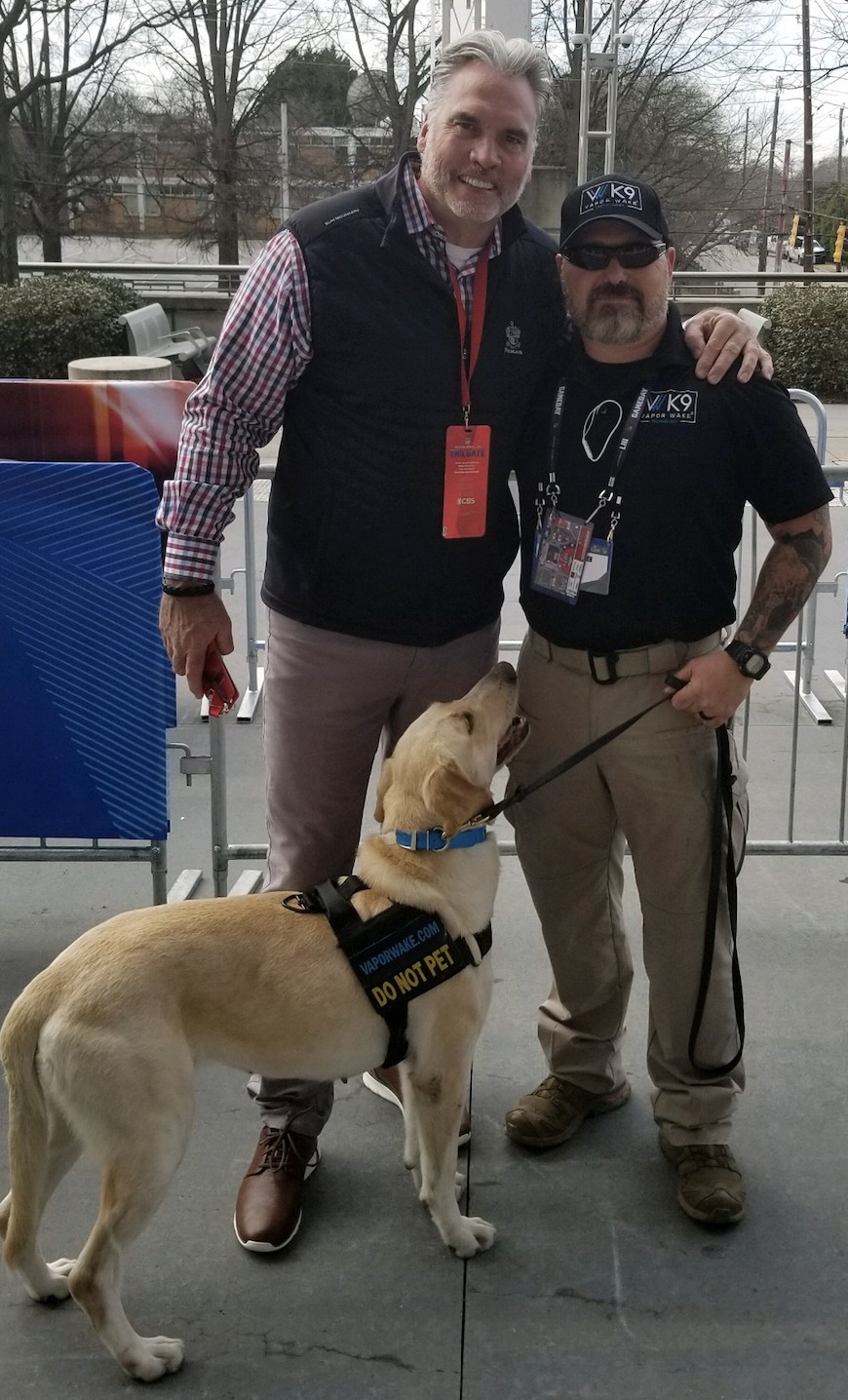 Paul Hammond, President of VWK9, had this to say after the event, “It was an honor for our Vapor Wake® canine teams to play their part in the overall NFL Super Bowl Security picture. To witness so many different Government, Police and Commercial organizations come together, with the common goal of providing a secure gameday fan experience, was incredible. With each agency playing their part to ensure there were no security gaps. Unfortunately, the threat of a body-worn explosive attack is ever present at any large event, and as a result VWK9 mobilized in excess of 20 Vapor Wake® Canine Teams to conduct 9 days of body-worn detection operations in support of NFL special events. I am proud of our Vapor Wake® canine teams, who under challenging circumstances always put the mission first and played their part in this year’s Super Bowl success.”