On April 26, the Supreme Court of the United States will address the constitutional standard for disclosure of donor information for the first time since Justices Amy Coney Barrett, Neil Gorsuch, Elena Kagan and Brett Kavanaugh joined the court.

In Americans for Prosperity Foundation v. Rodriquez, two nonprofits are challenging California’s authority to require charities to provide the names and other identifying information for their major donors to the attorney general, arguing that the policy violates the First Amendment and would deter people from giving. The state cannot disclose the names publicly, but officials say the information will help determine if a group is doing charitable work and not involved in illegal business activity. 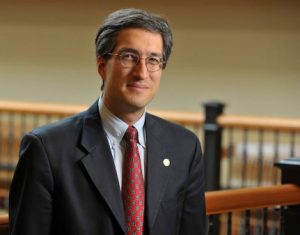 “Even though the case does not involve campaign finance disclosure laws, it could have significant ramifications for dark money in elections because the petitioners have asked the court to tighten the constitutional standard for requiring disclosure of donor information,” said Mayer, an expert on campaign finance, nonprofits and disclosure. “The current exacting scrutiny standard limits governments to requiring disclosure when doing so has a substantial relation with a sufficiently important governmental interest.”

One petitioner, the Americans for Prosperity Foundation, is asking the Supreme Court to require donor disclosure requirements to instead be narrowly tailored to further an important governmental interest. The other petitioner, the Thomas More Law Center, is asking the court to go even further by requiring any disclosure requirement to further a compelling governmental interest as well as being narrowly tailored for doing so — what is commonly known as strict scrutiny.

“Either change would make it more difficult for governments to require organizations to disclose information about their donors,” Mayer said. “Both petitioners only ask for these changes to apply outside of the elections context. But if a majority of the court adopts a stricter constitutional standard in this case, it is likely that majority would also eventually apply it to campaign finance donor disclosure laws. That in turn would limit the ability of both states and the federal government to require public disclosure of donor information for politically active nonprofits, PACs and possibly even political parties and candidates.”