Besides the intermediate way station in Qatar, the U.S. has started using additional sites to include Germany, and discussions are taking place to open other areas as well, Taylor said, noting that planes from the Hamid Karzai International Airport have also landed in the United Arab Emirates and Bahrain.

Once the evacuees are processed at intermediate way stations, they are flown to the U.S. and are taken to Fort Bliss, Texas; Fort Lee, Virginia; or, Fort McCoy, Wisconsin.

In the last 24 hours, six U.S. military C-17 aircraft and 32 charter flights departed Kabul, for a total of about 3,800 passengers, he said. 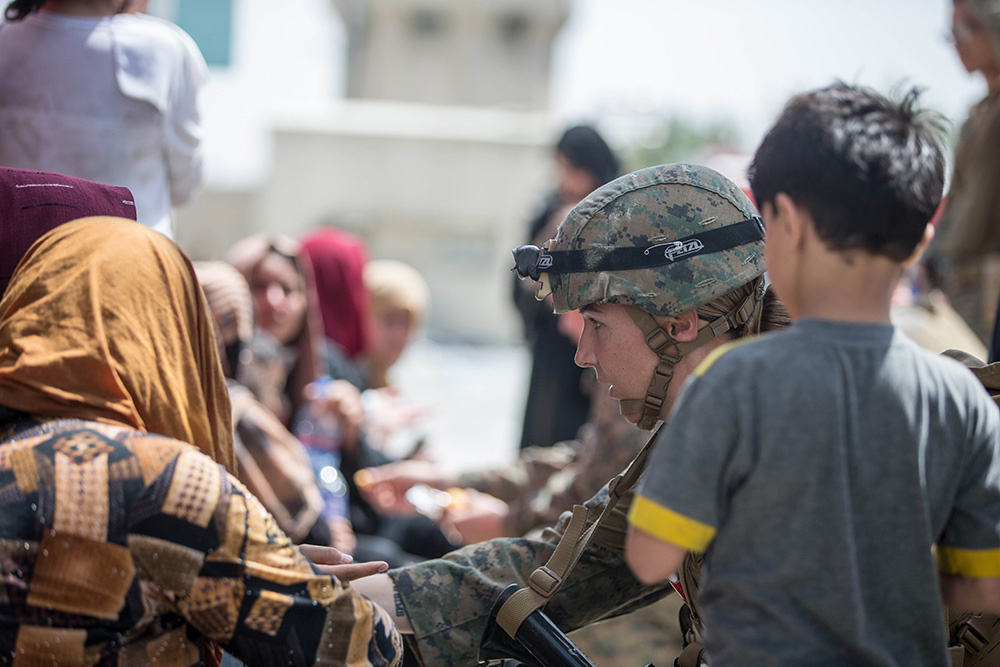 Also in the past 24 hours, three flights landed at Dulles International Airport, in Virginia, he added.

“As you can see, this is a very complex and multi step operation,” Taylor said.

The U.S. military has 5,800 troops at the Kabul airport. Their mission is airport operations and security, he said, adding that “the airport remains secure.”

Kirby described the situation outside the airport in Kabul as “very fluid and dynamic,” and that “it changes almost by the hour.”

The press secretary said he’s aware of reports during the past week of Afghans and Americans being harassed and in a few cases assaulted, but believes it has not been widespread.

Regular communications with Taliban leaders outside the airport continue throughout the day, Kirby said. Those talks center around deconfliction and ensuring Americans and Afghans have safe passage to the airport. 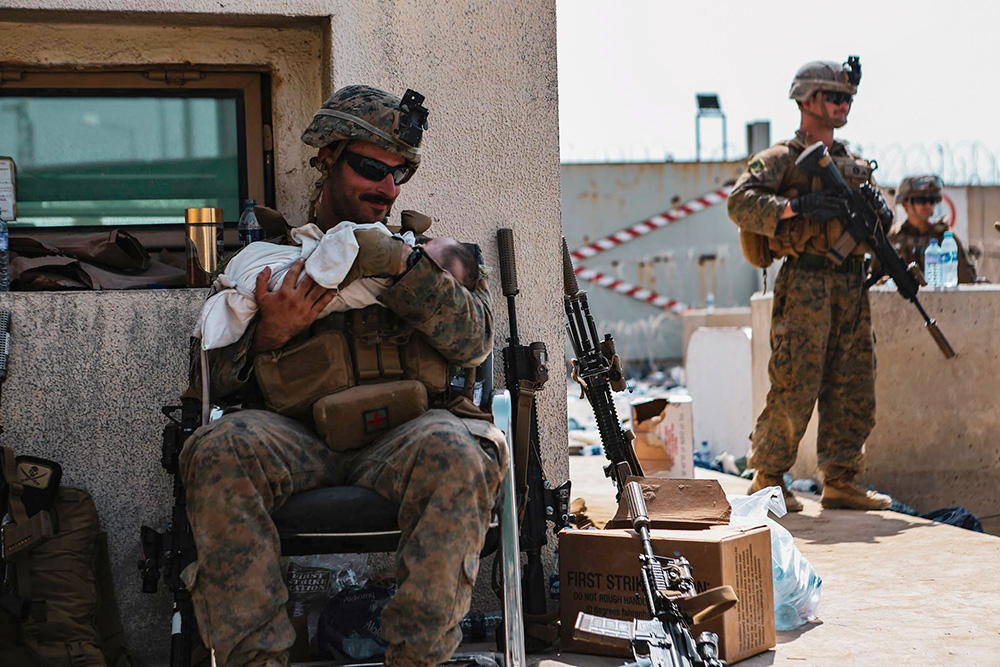