John Robert Lewis, the son of sharecroppers who survived a brutal beating by police during a landmark 1965 march in Selma, Alabama, to become a towering figure of the civil rights movement and a longtime US congressman, has died after a six-month battle with cancer. He was 80.

“It is with inconsolable grief and enduring sadness that we announce the passing of U.S. Rep. John Lewis,” his family said in a statement. “He was honored and respected as the conscience of the US Congress and an icon of American history, but we knew him as a loving father and brother. He was a stalwart champion in the on-going struggle to demand respect for the dignity and worth of every human being. He dedicated his entire life to non-violent activism and was an outspoken advocate in the struggle for equal justice in America. He will be deeply missed.”

Lewis died on the same day as civil rights leader the Rev. Cordy Tindell “C.T.” Vivian, who was 95. The dual deaths of the civil rights icons come as the nation is still grappling with racial upheaval in the wake of the death of George Floyd and the subsequent Black Lives Matter protests that have swept the nation.

It’s another heartbreak in a year filled with them, as America mourns the deaths of nearly 140,000 Americans from Covid-19 and struggles to bring the virus under control.

House Speaker Nancy Pelosi announced his death in a statement:

“Today, America mourns the loss of one of the greatest heroes of American history: Congressman John Lewis, the Conscience of the Congress,” the California Democrat said.

Statement by U.S. Conference of Mayors President and Louisville (KY) Mayor Greg Fischer on the passing of Congressman John Lewis:

“It is often said that John Lewis was the conscience of the United States Congress, but he was so much more than that, for he was, in truth, the conscience of our nation. Today, America’s mayors mourn the passing of this great leader, whose tireless fight for justice and unwavering grace set an extraordinary example for all to follow.

“Our thoughts are with the Lewis family at this difficult time. May the Congressman’s legacy strengthen our resolve to build a better and more just world—one that is filled with his quintessential hope, compassion and optimism.”

“Our hearts are heavy to learn that one of the great champions of civil rights and social justice, Congressman John Lewis, has passed away. It is, in fact, hard to imagine our world without him.

Mr. Lewis was a regular visitor to the National Press Club—including a memorable appearance, along with Andrew Young and Julian Bond, on the 50th anniversary of the 1963 March on Washington.

Congressman Lewis had a special relationship with the press, one of mutual respect. As he said many times, “If it had not been for the press, the civil rights movement would have been like a bird without wings, a choir without a song.” He was an authentic American leader and his voice will continue to resonate through all of those his life touched.

“No one in American public life was as admired as a prophetic voice calling on us to live up to our highest values and greatest aspirations, to strive to make this nation a more perfect union, as John Lewis,” said AJC CEO David Harris, who knew the Congressman for many years. “Even as he battled cancer, Rep. Lewis continued to be a powerful voice of conscience for our nation, at a time when it is once again sorely needed.”

Representative Lewis was a fighter his entire life, from the dirt-poor farm he grew up on in Alabama, to the long struggle for civil rights and the promise of America for all, to his distinguished decades of service in Congress.

“We are immensely grateful for his dedication to, and connection with, the Jewish community,” said Harris. “He was instrumental in encouraging Black-Jewish dialogue, consistently outspoken against antisemitism, one of Israel’s strongest advocates in Congress, and an active supporter of the Soviet Jewry movement in the 1970s and 1980s.”

His relationship with AJC spanned decades, from his creation of the Atlanta Black-Jewish Coalition, to, most recently, serving as a co-chair for the Congressional Black-Jewish Caucus, relaunched at the AJC Global Forum in June 2019. He was honored with AJC Atlanta’s Selig Distinguished Service Award (1994), AJC’s Congressional Leadership Award (2005), and AJC’s American Liberties Medallion (2018).

The medallion, AJC’s highest honor, is given in recognition of a lifetime of exceptional service in the cause of human liberty and human rights. It was presented to Lewis by AJC President John Shapiro at an event at the National Museum of African American History and Culture, an institution that Lewis himself was instrumental in creating.

“Pioneering civil rights leader, an unrelenting champion of human dignity, we celebrate your lifetime of conscientious public service to make real the American promise of liberty and justice for all,” states the inscription on the AJC award.

Rep. Lewis, in his many appearances before AJC audiences in Atlanta and Washington, D.C., would often recall how he was inspired by Rosa Parks and the Rev. Dr. Martin Luther King, Jr., “to find a way to get in the way.”

At the National Museum of African American History and Culture, he thanked “members of the Jewish community for getting in trouble” with him and many others in the civil rights movement. “We walked together, marched together, bled together, and, in some cases, died together.”

Last night, our country lost a lion of the civil rights movement and a national force for good. As Teamsters, we are devastated to learn of the passing of Congressman John Lewis.

John Lewis dedicated his life to causes that were bigger than himself. For more than 60 years, his courageous leadership gave hope to the entire nation, reminding us all to be better.

More than anything, John Lewis was a fighter. He never backed down when it came to the rights and equality of Black people and the disadvantaged, be it at the ballot box or in the workplace. He never stopped fighting, and he never lost sight of the ultimate goal of equality for all. He was a happy warrior looking for “good trouble” to protest the wrongs of racism and systemic oppression.

He took his fight from the streets of Selma and Atlanta to the halls of the Capitol, becoming the “conscience of the U.S. Congress.” He broadened the struggle for civil rights to include all like-minded supporters, regardless of race, ethnicity or economic status. Through his deep faith and belief in the inherent goodness of people, he sought to lift those in need by focusing on their humanity.

His deep commitment to civil rights made him a staunch supporter for workers’ rights. When the Teamsters needed a friend in Congress, we could always count on John Lewis to stand with workers and deliver. He understood on a deep and fundamental level that human rights and workers’ rights are one and the same.

John Lewis was a true hero of our times, a trailblazer in the fight for justice and equality. His steadfast opposition to discrimination and intimidation anywhere made him one of labor’s strongest allies and closest supporters.

The loss of Congressman Lewis comes at a pivotal time for our nation and our union, as we take on present-day challenges such as voter suppression and systemic racism. As Teamsters, we will never forget John Lewis, and his legacy will live on in the fight for justice and equality. He will be greatly missed.

On behalf of the 1.4 million members of the Teamsters Union, I want to send my deepest condolences to the friends, family and constituents of Congressman Lewis.

“As our country continues its long journey toward racial equality for all, the entire Aflac family mourns the loss of Congressman John Lewis — a true giant, unabashed pioneer of the civil rights movement, and constant stalwart for driving fairness and justice.

“From the Edmund Pettus Bridge in Selma and the march on Washington to providing the voice of a generational movement in the halls of Congress for 33 years, John Lewis was an original freedom fighter and authentic friend to Georgia, Aflac and our more than 5,000 U.S. employees. As undaunted in spirit as he was in the face of physical brutality during the civil rights marches, he was equally undeterred in his passion for justice and zeal for the better angels of America’s nature in his last physical battle against cancer. He was and will always be a lion, a true American hero, and a beloved voice of hope and wisdom.

“My wife Kathelen and I were privileged to know and bear witness to John’s grace and dignity for more than 30 years and were honored to bestow upon him Aflac’s Lifetime Achievement Award at our annual Congressional Black Caucus reception in 2006. To this day, Kathelen considers an occasion to introduce John at an event in Washington an experience of a lifetime.

“As we consider current events and while looking back on the amazing life of John Lewis, it is fitting that we honor his legacy by uniting as one nation under God to ensure his ideals are met and that his scars were not earned in vain.”

As the Americans With Disabilities Act Turns 30, Gaps in Employment and Education Remain 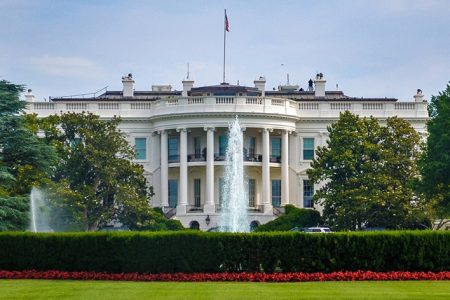 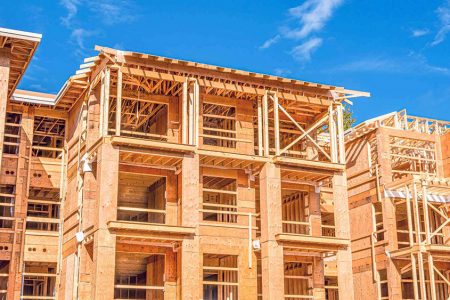 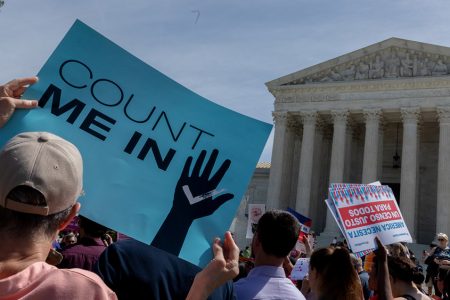