Asking prices of newly-listed homes hit a new all-time record of $330,225, up 10% from the same time a year ago, according to a new report from Redfin, the technology-powered real estate brokerage. In a typical year asking prices do not pass the previous year’s peak until March. This early spike in asking prices suggests that this coming spring will see stronger price growth than is typical this time of year.

Below are other key housing market takeaways for more than 400 U.S. metro areas during the 4-week period ending January 31.

“With more and more homes going off the market before buyers have had a chance to tour them, it has never been more important for homebuyers to be well prepared,” said Redfin chief economist Daryl Fairweather. “That means setting alerts to let you know immediately when homes hit the market and going to see them ASAP or having a plan in place with your agent to make an offer sight-unseen. Buyers with flexibility on timing and location may also want to consider new construction, which made up 22% of homes for sale in December—the highest share on record. An advantage of homes sold by builders is that typically the price is the price, and they are sold on a first come, first served basis. So while you still need to be prepared to act quickly when a new-construction home becomes available, you don’t have to worry so much about competing in a bidding war with escalating prices.” 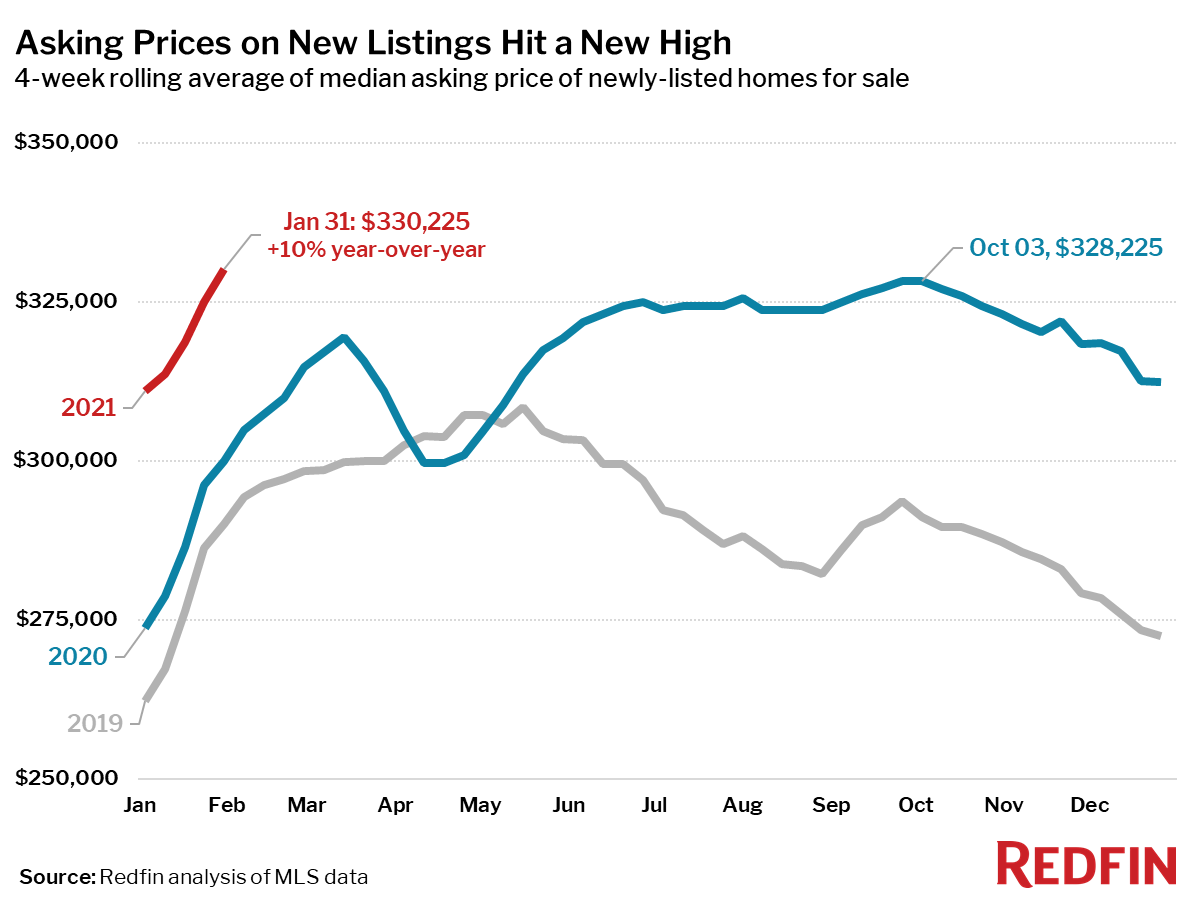 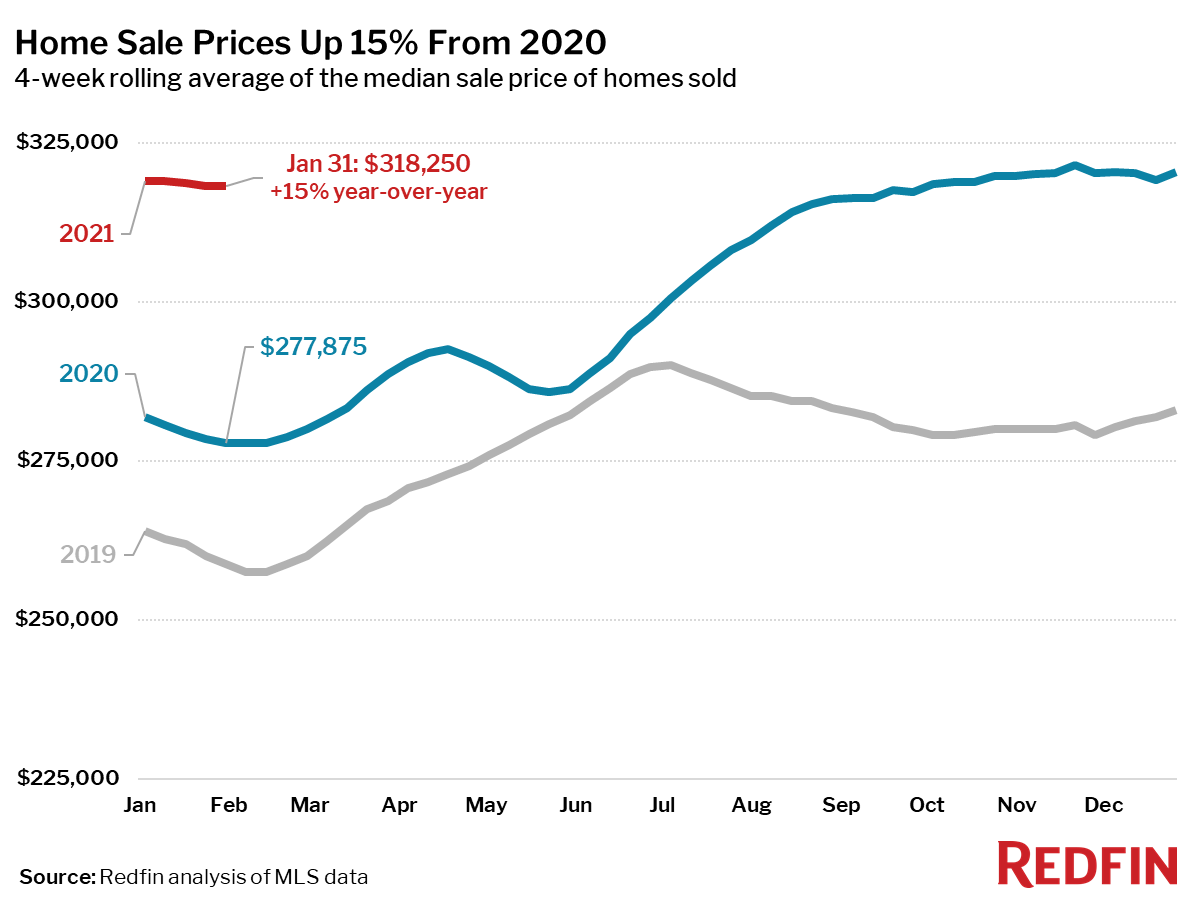 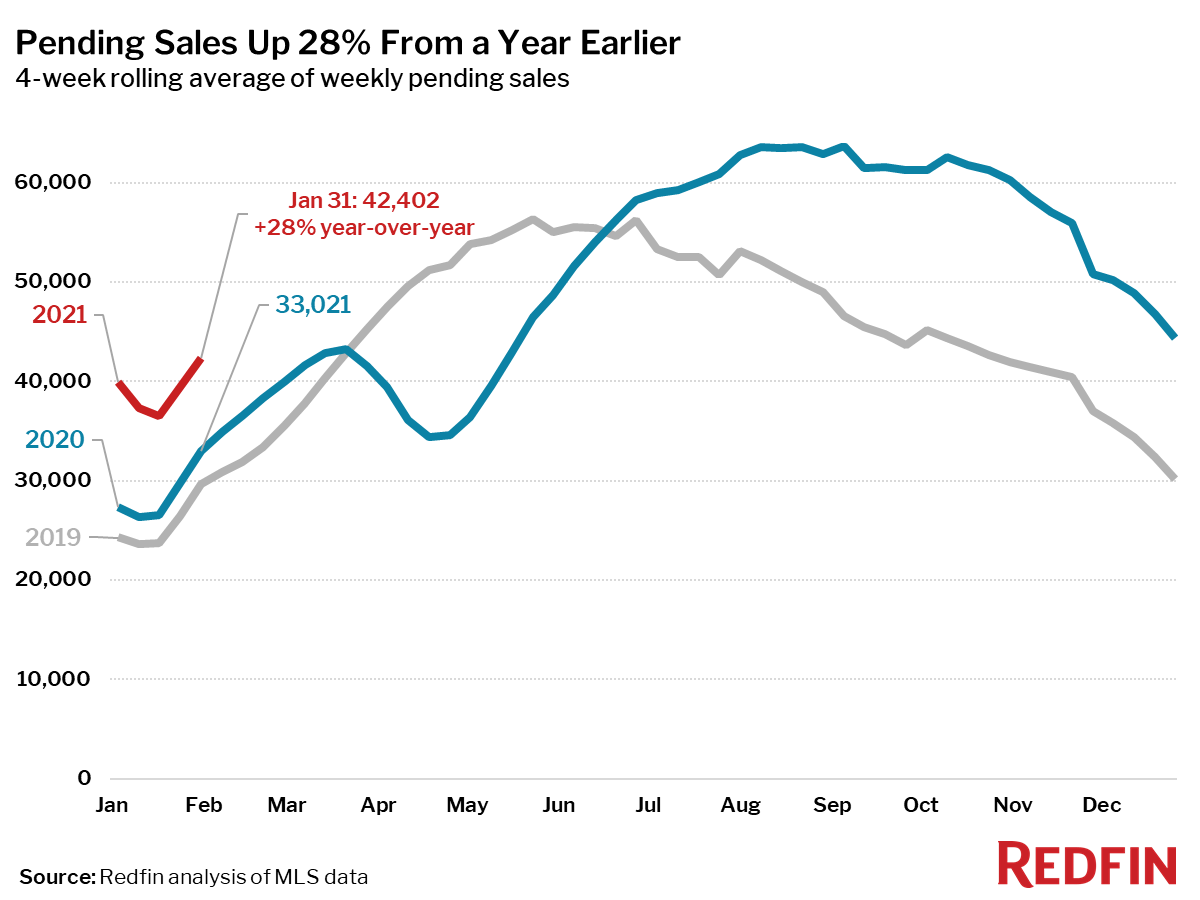 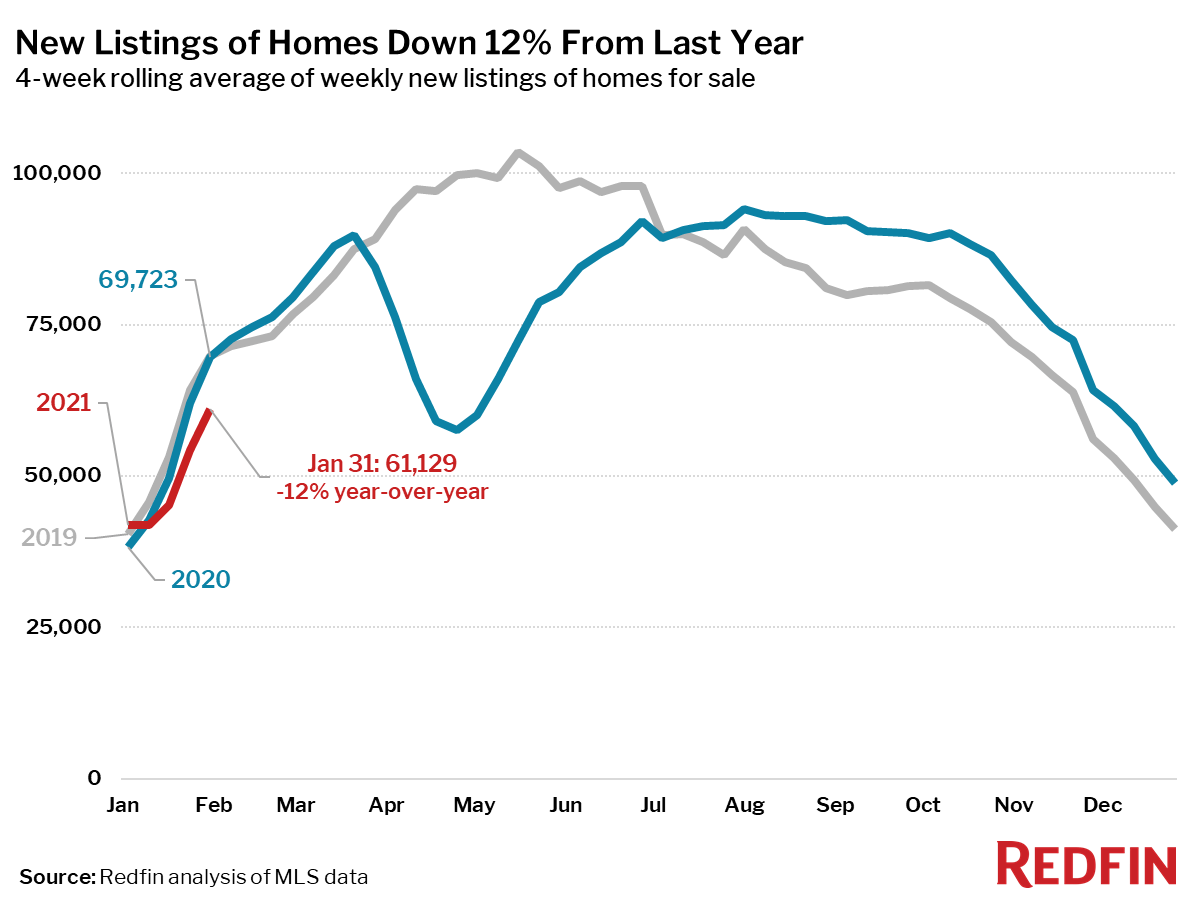 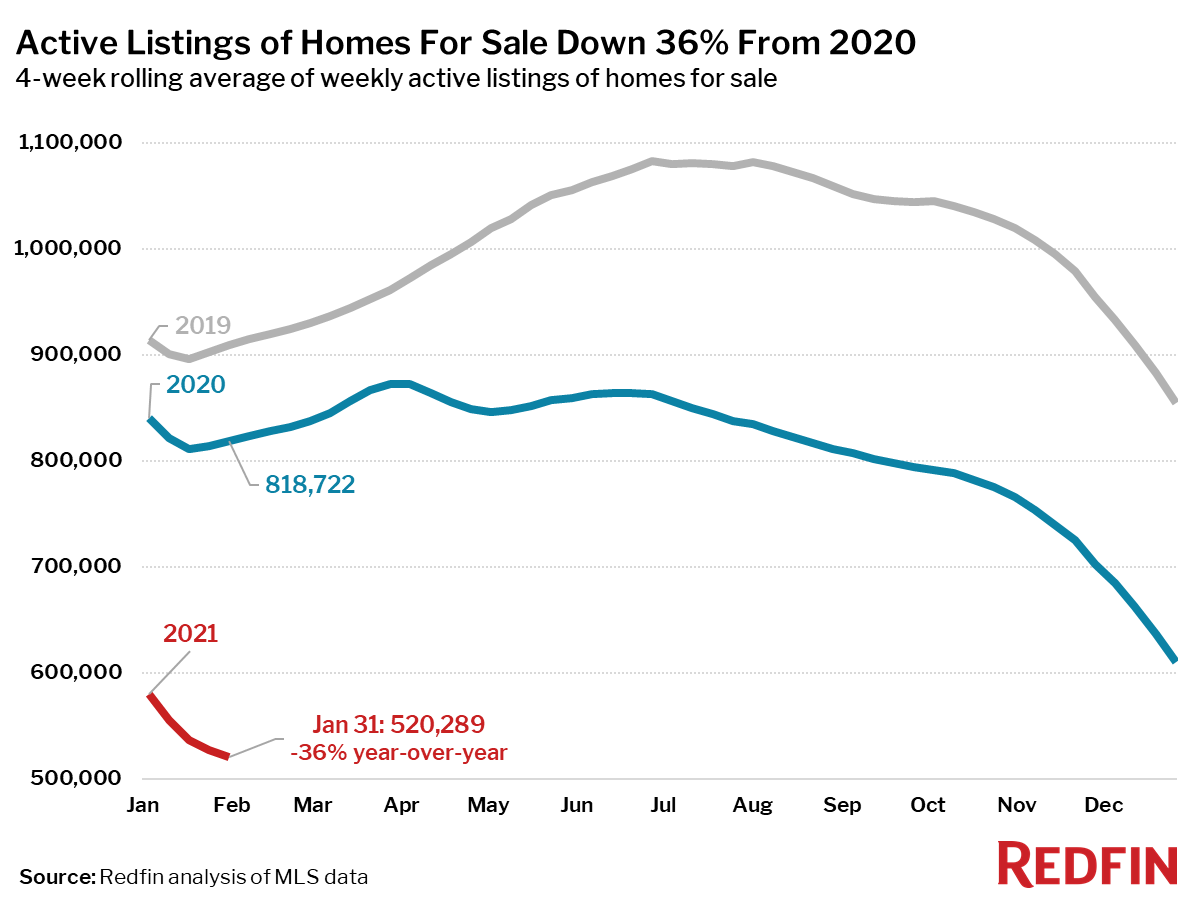 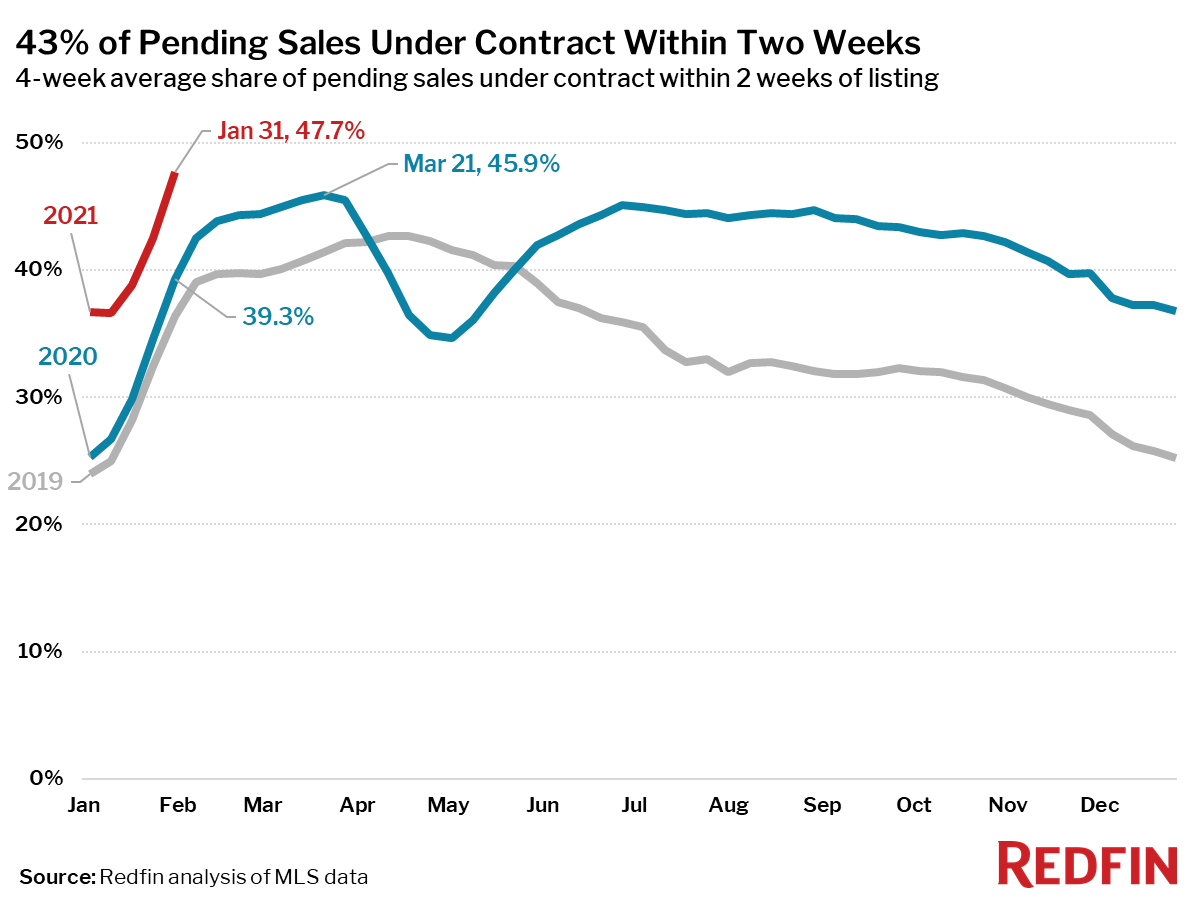 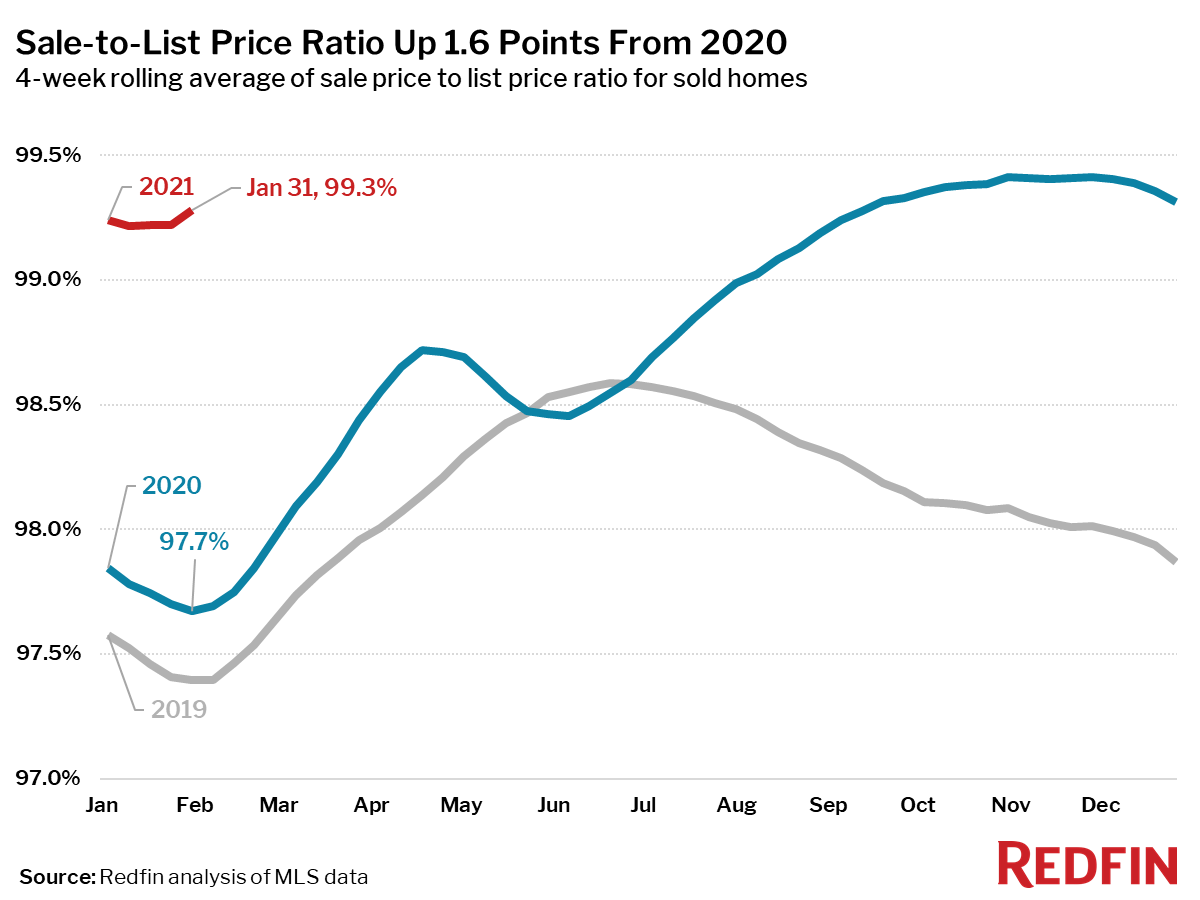