The median home-sale price increased 22% year over year to $350,750—an all-time high—according to a new report from Redfin, the technology-powered real estate brokerage. In addition, the typical home sold in a record of just 18 days on the market.

Below are other key housing market takeaways for more than 400 U.S. metro areas during the 4-week period ending May 9 (unless otherwise noted).

“The housing market has gone from one extreme—the onset of the pandemic—to another—the rush to buy primary and second homes while mortgage rates remain near historic lows,” said Redfin Chief Economist Daryl Fairweather. “Later this year the dust will settle to reveal the new normal for both the economy and the housing market. Many people are getting new clarity on what their personal new normal will be like, and oftentimes that new reality will involve a new home to match their new lifestyle. So I expect home sales to continue to grow for the foreseeable future, even as home price growth slows a bit. This home sale boom is nowhere close to over.” 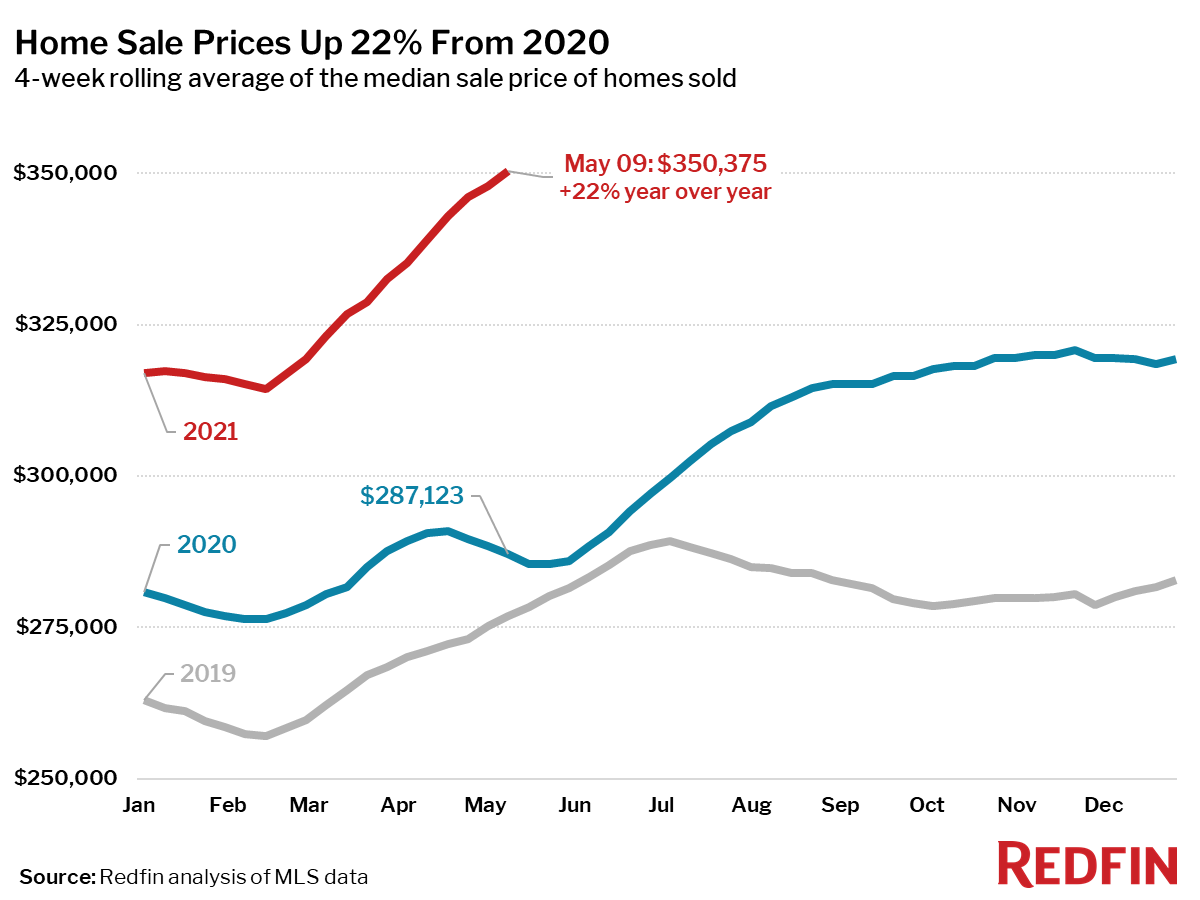 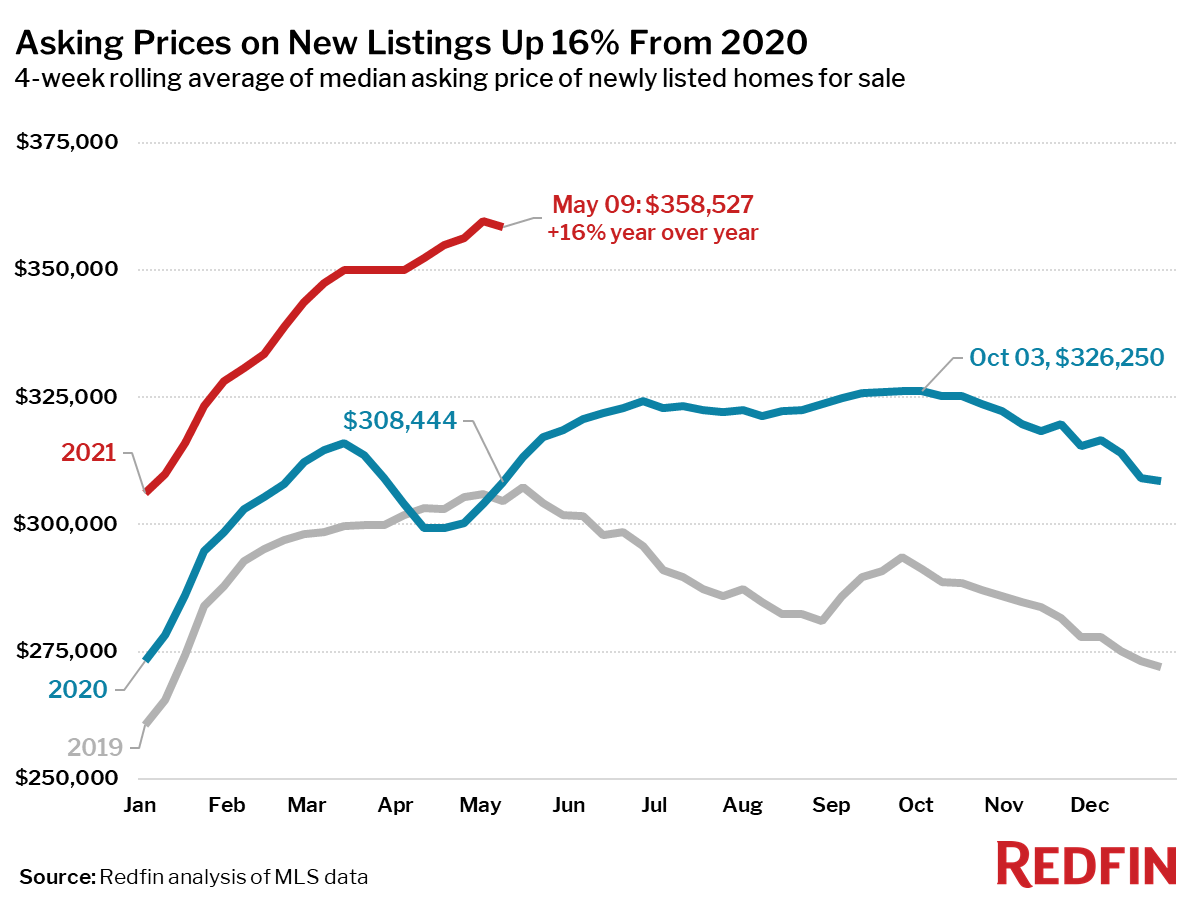 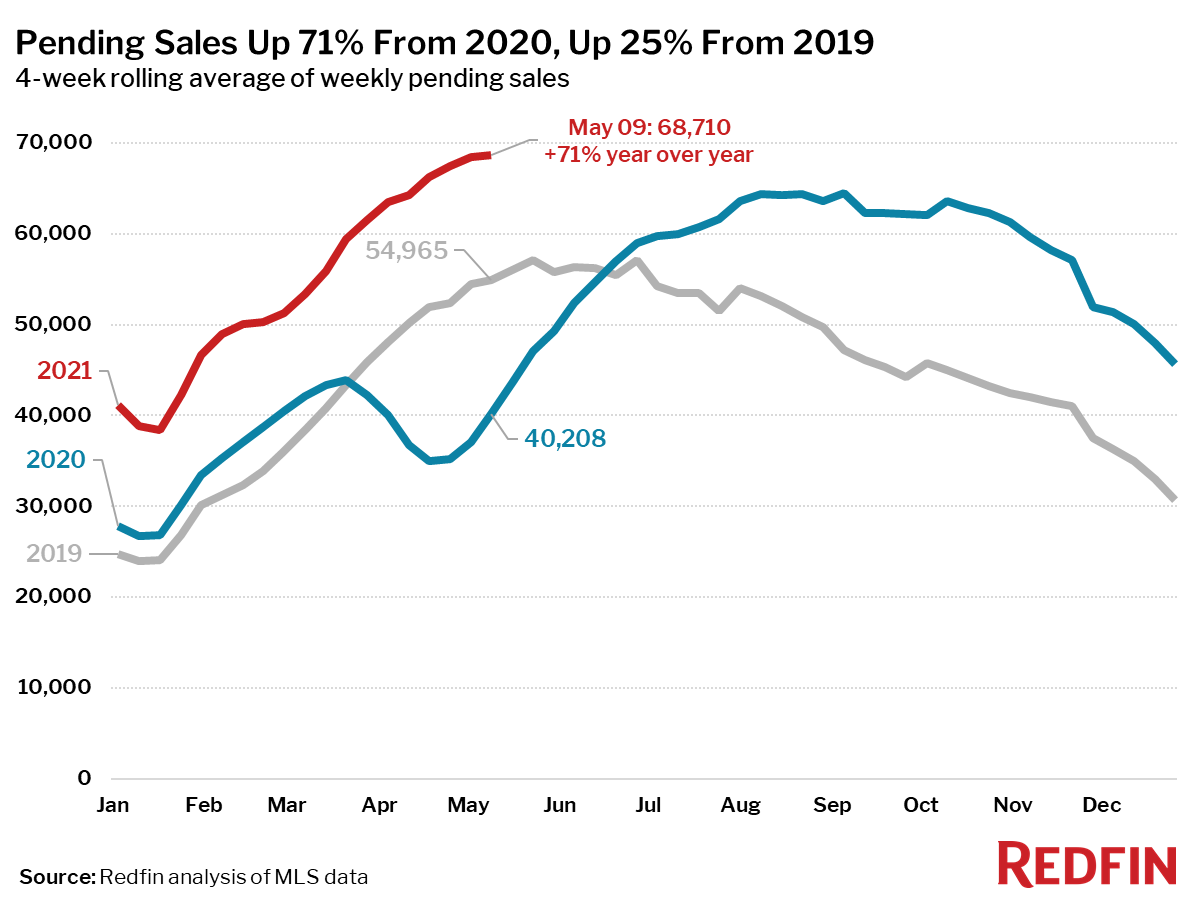 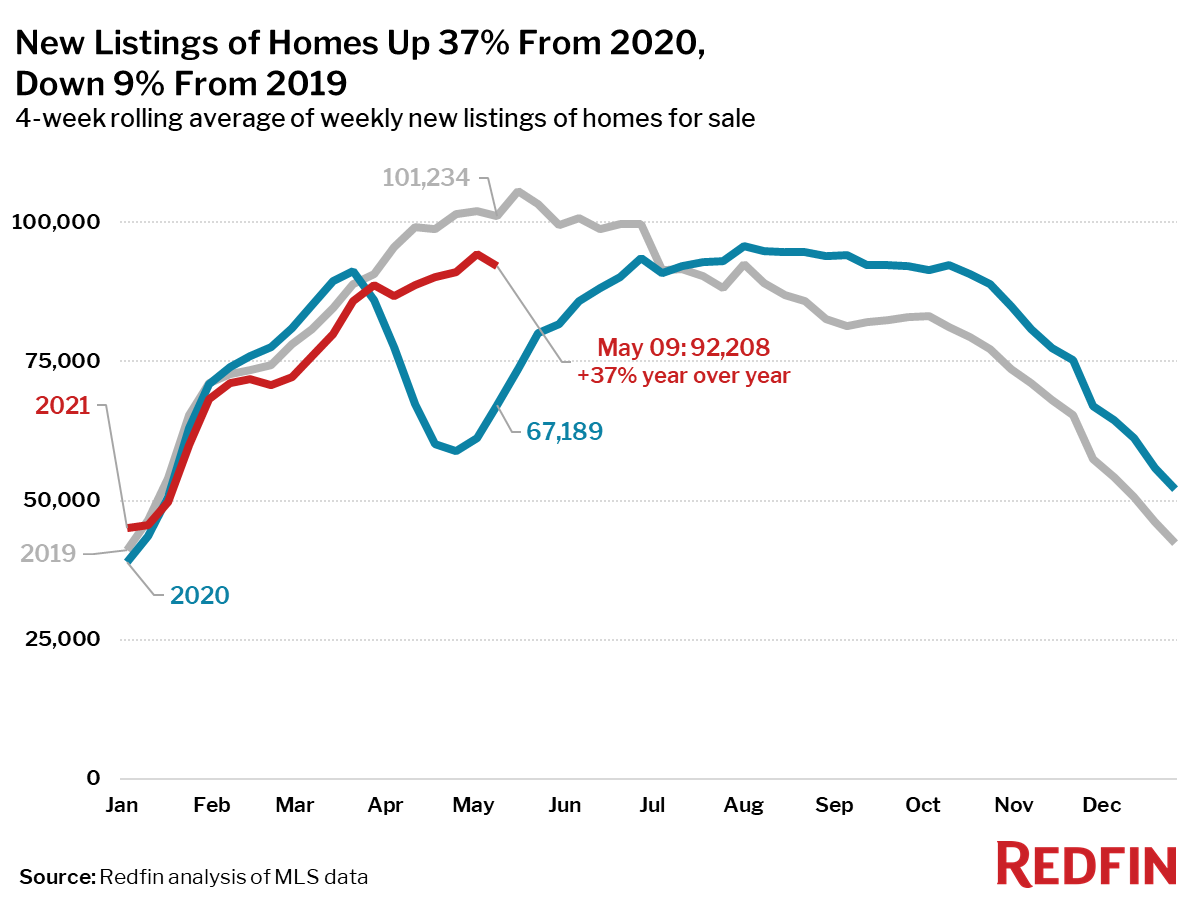 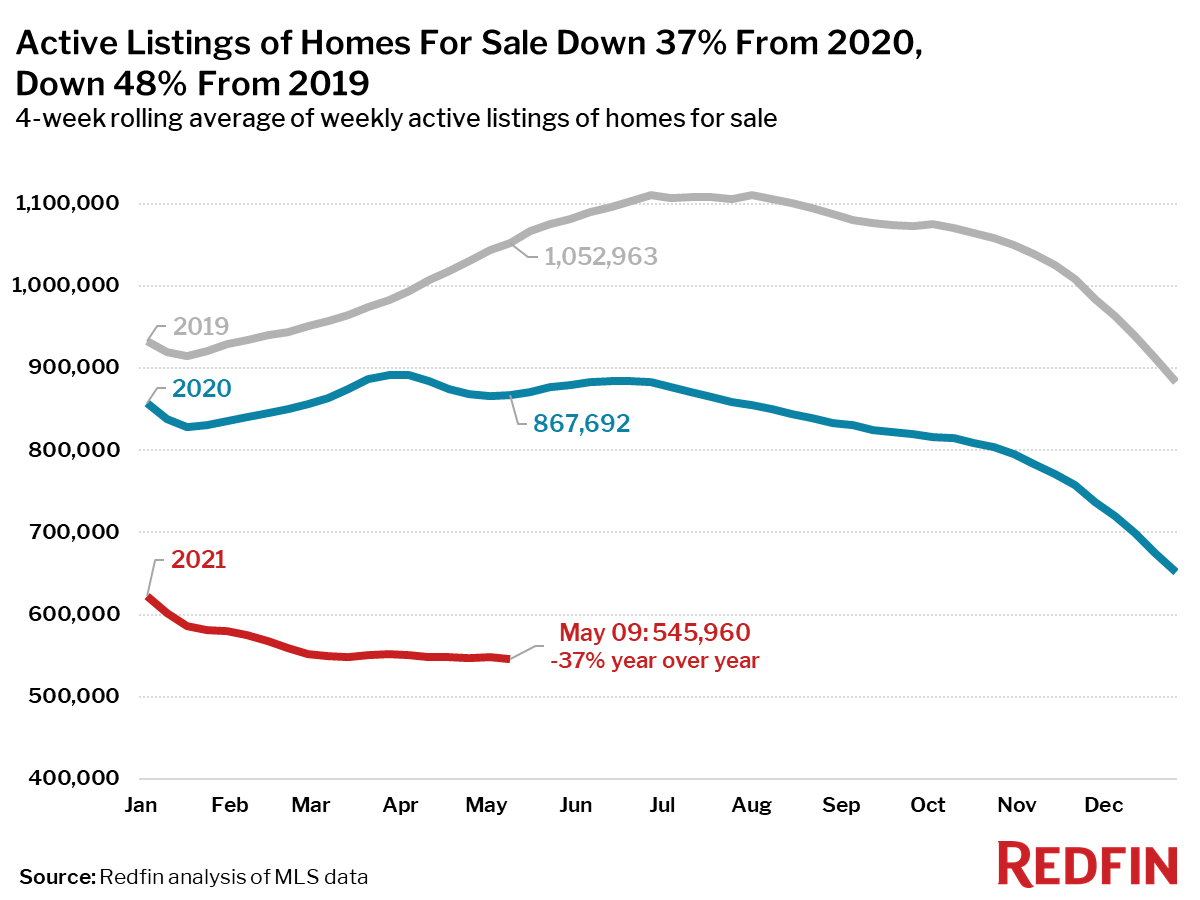 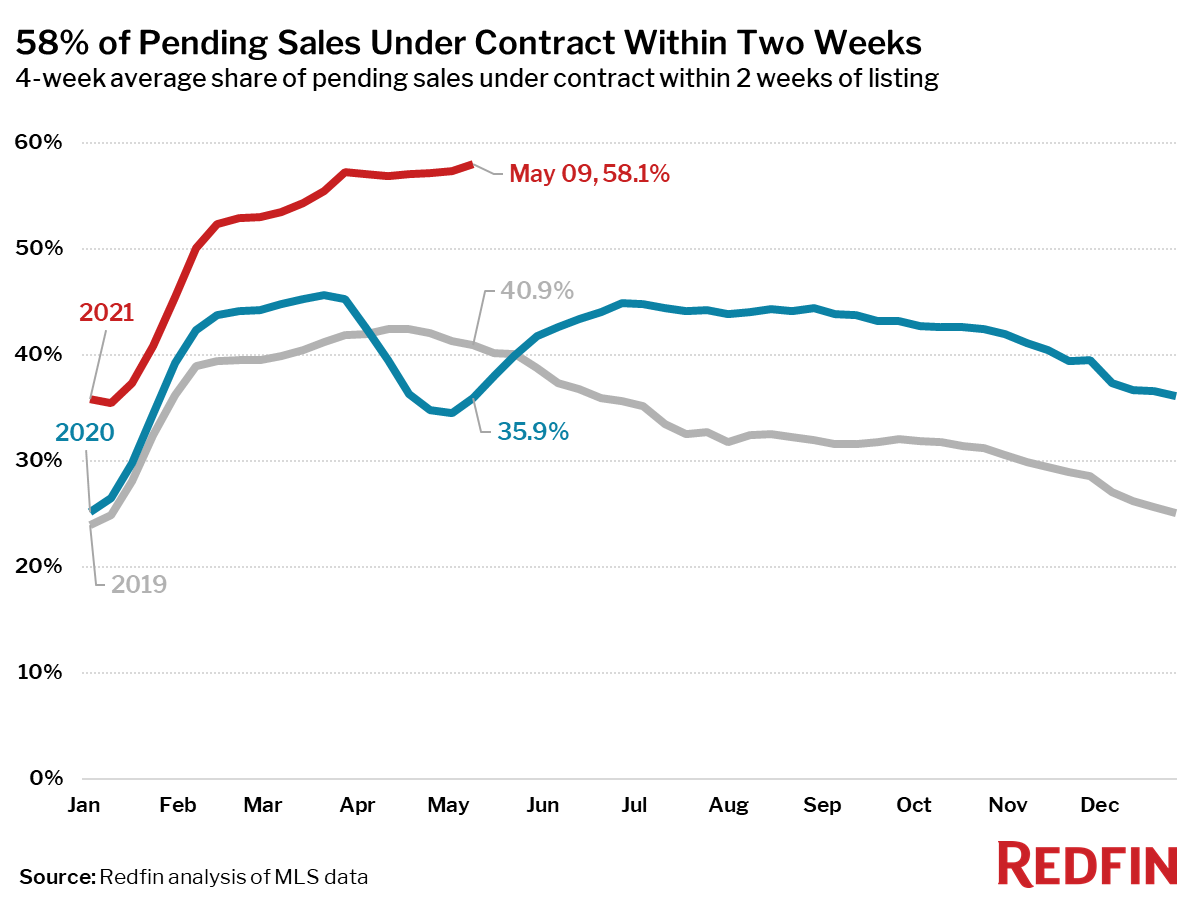 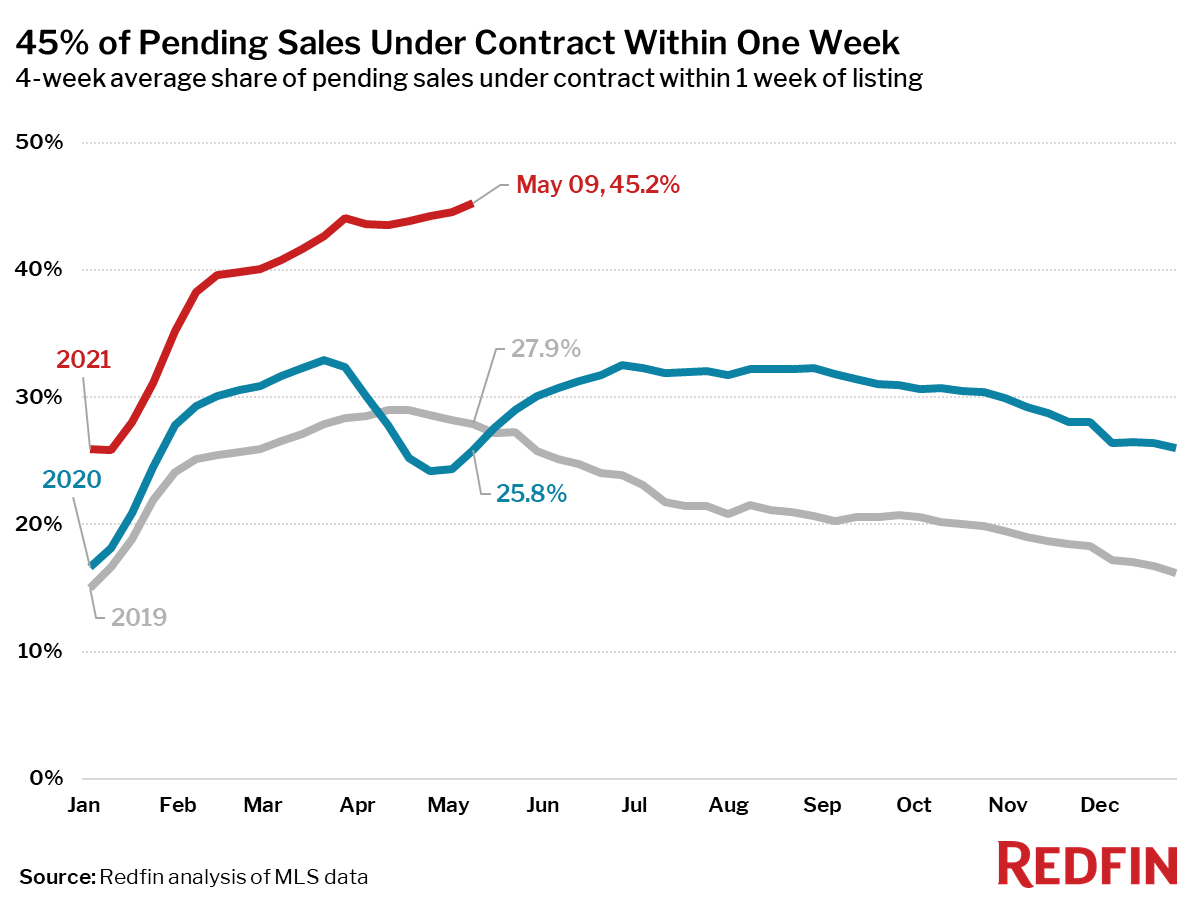 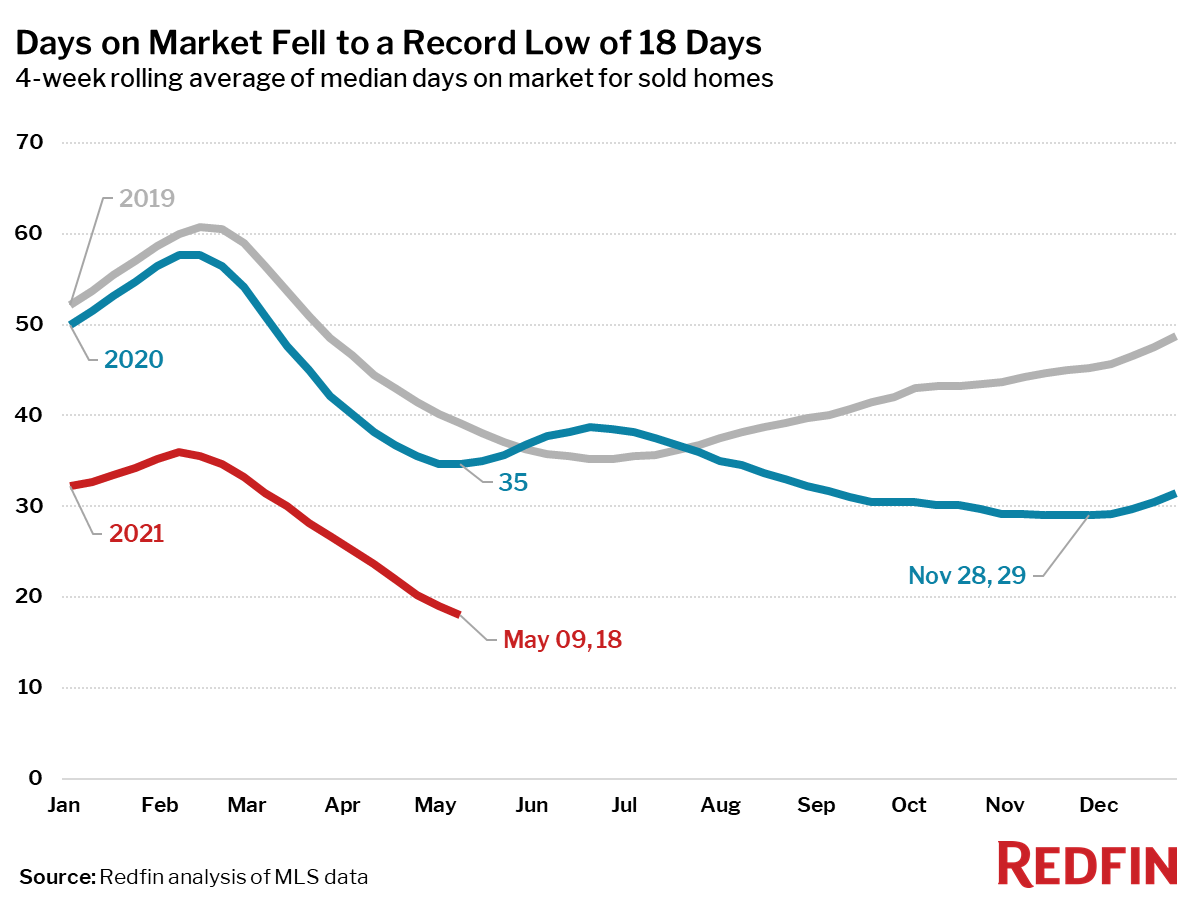 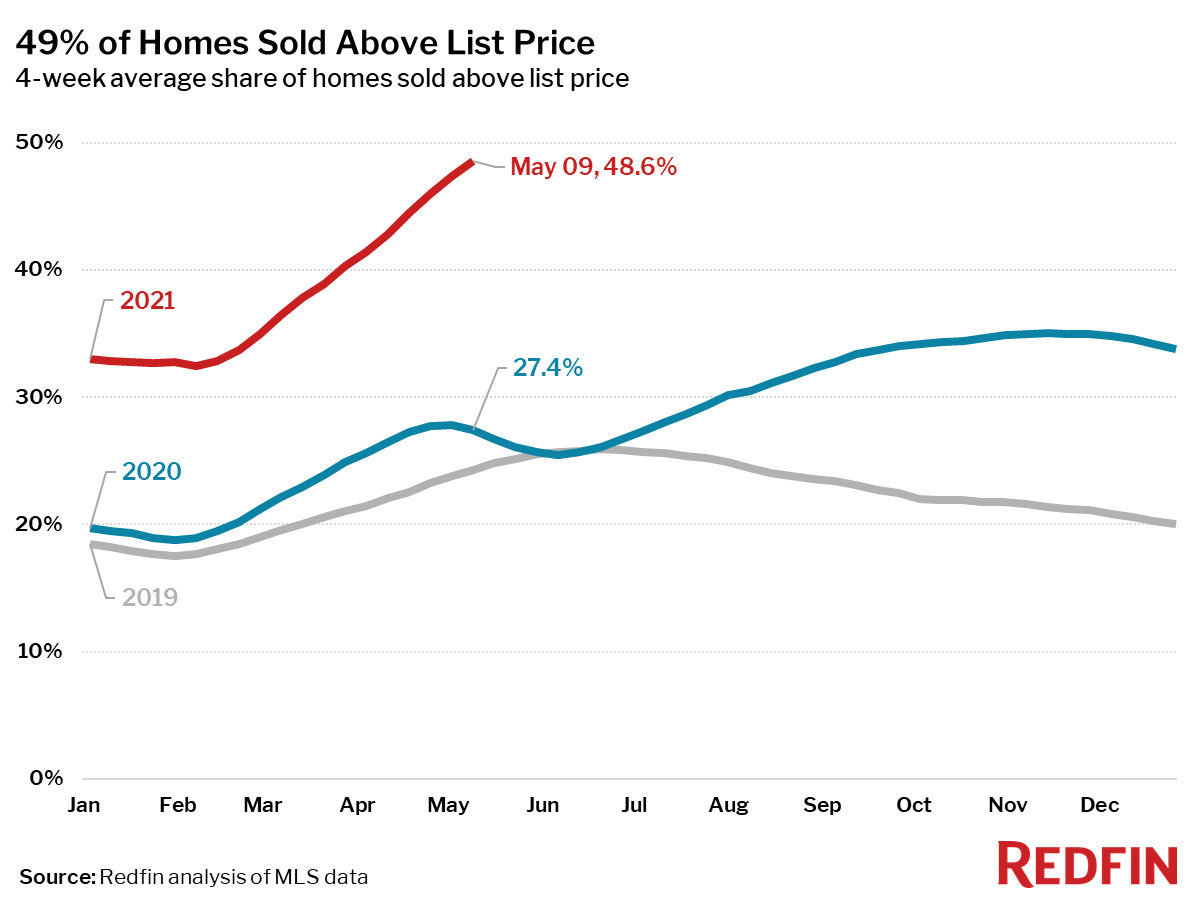 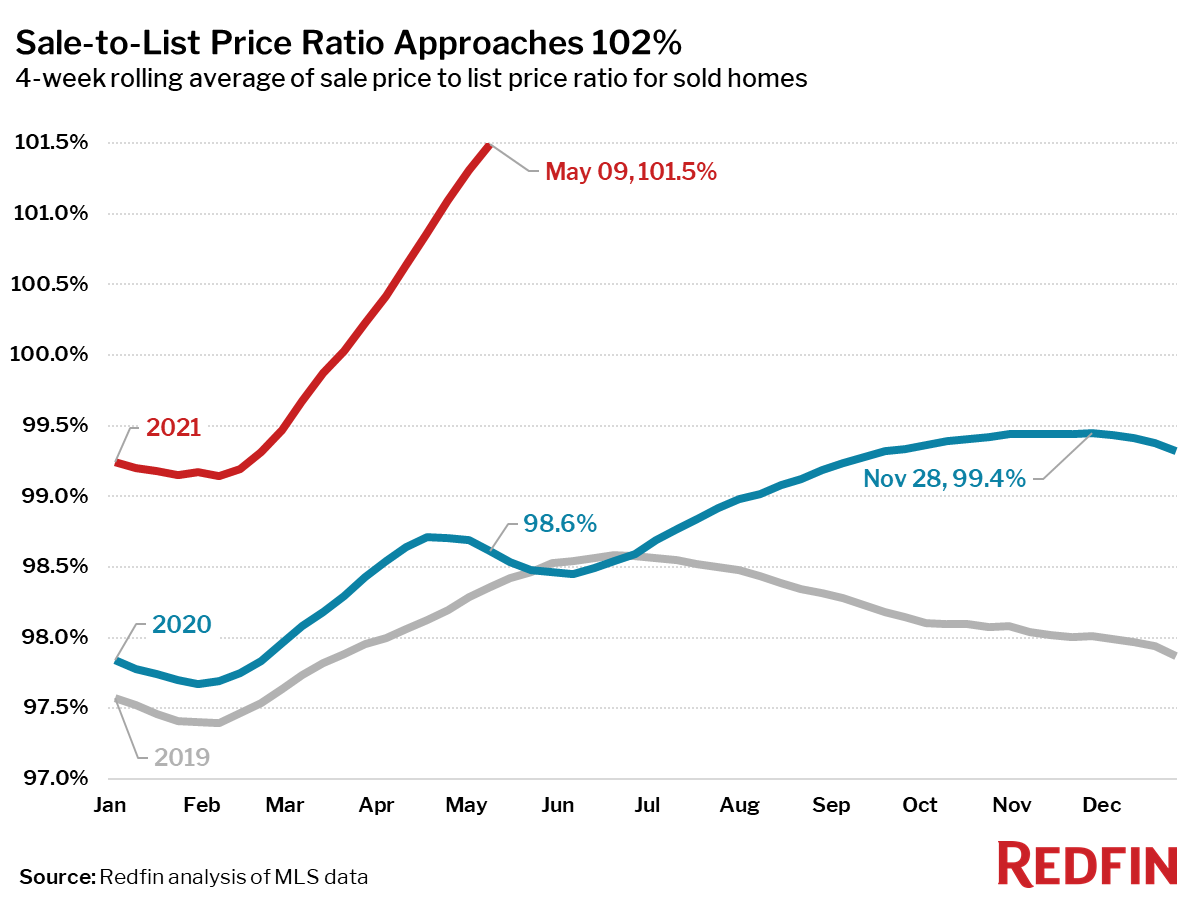