The median home-sale price increased 20% year over year to $347,500—an all-time high—according to a new report from Redfin, the technology-powered real estate brokerage. This number is somewhat inflated due to a slight dip in median sale prices around this time in 2020, and due to fewer high-end homes being sold at this time a year ago, and more high-end homes being sold now.

Below are other key housing market takeaways for more than 400 U.S. metro areas during the 4-week period ending April 25 (unless otherwise noted).

“I am concerned about how we as a society are going to reckon with just how expensive housing has become,” said Redfin Chief Economist Daryl Fairweather. “But I’m not worried about a housing crash because these sky-high prices are supported by the new reality of well-funded buyers who are often benefiting from newfound mobility via remote work. As the economy recovers, we have the opportunity to reimagine our country’s role in supporting a healthy housing market. For instance, we can subsidize construction of affordable homes or support first-time homebuyers in underserved communities. We have our work cut out for us when it comes to ensuring homeownership is attainable for middle-class Americans with good jobs and money saved up, not just for the wealthiest among us.” 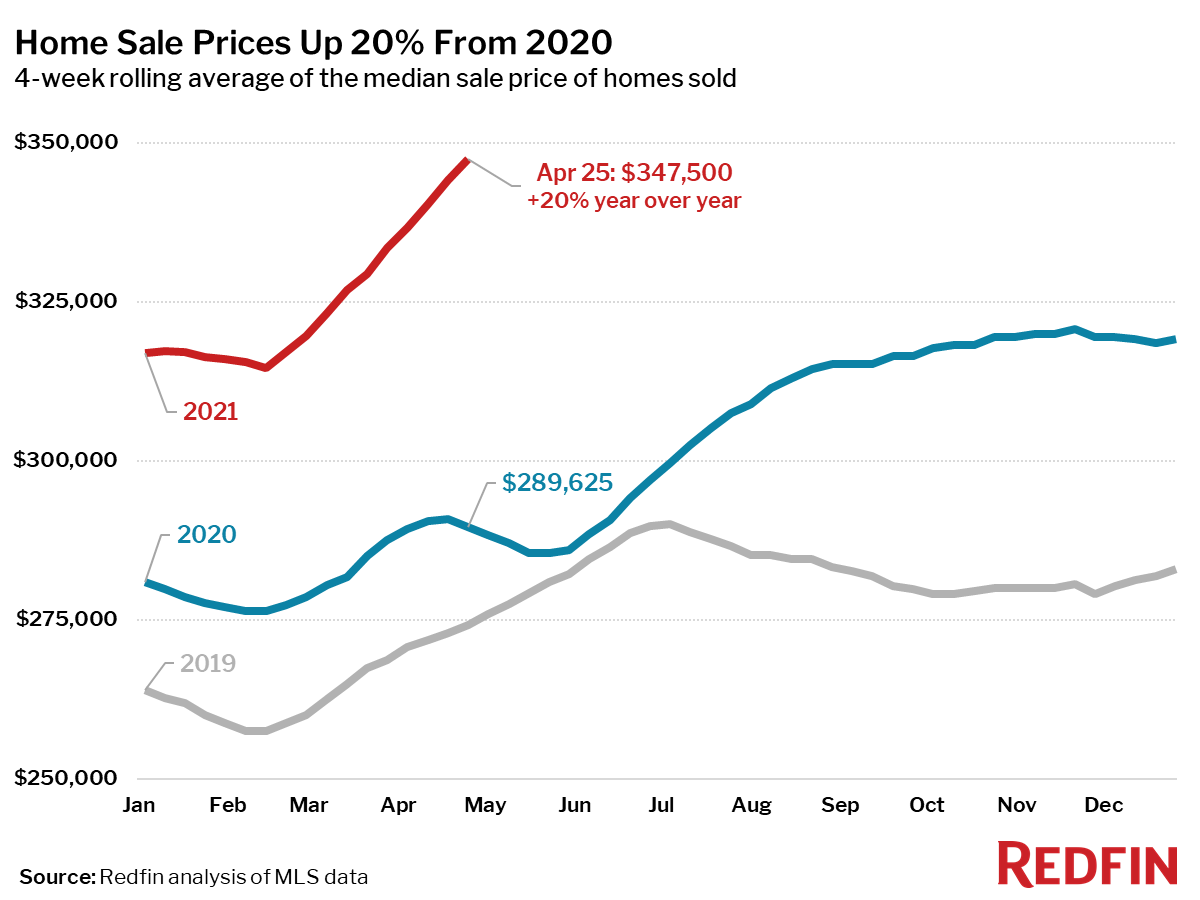 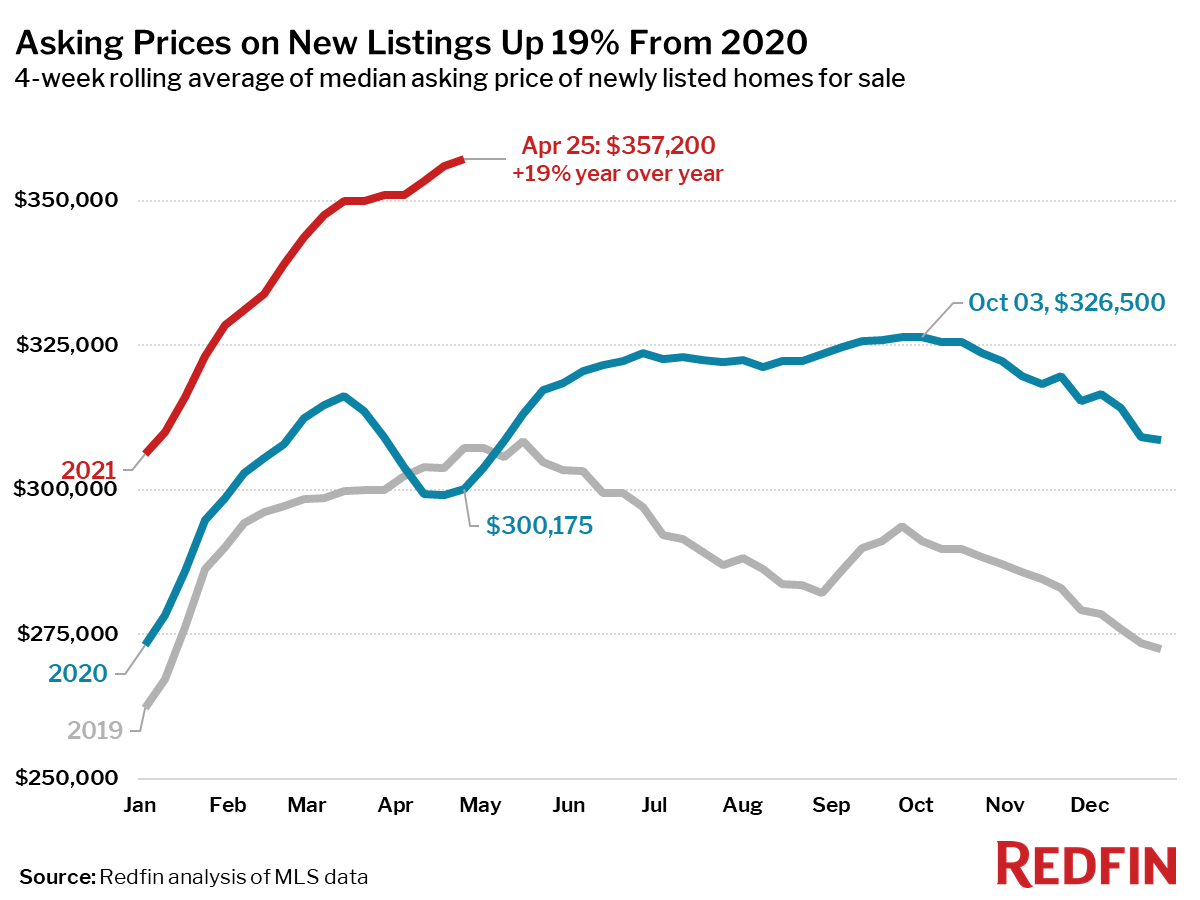 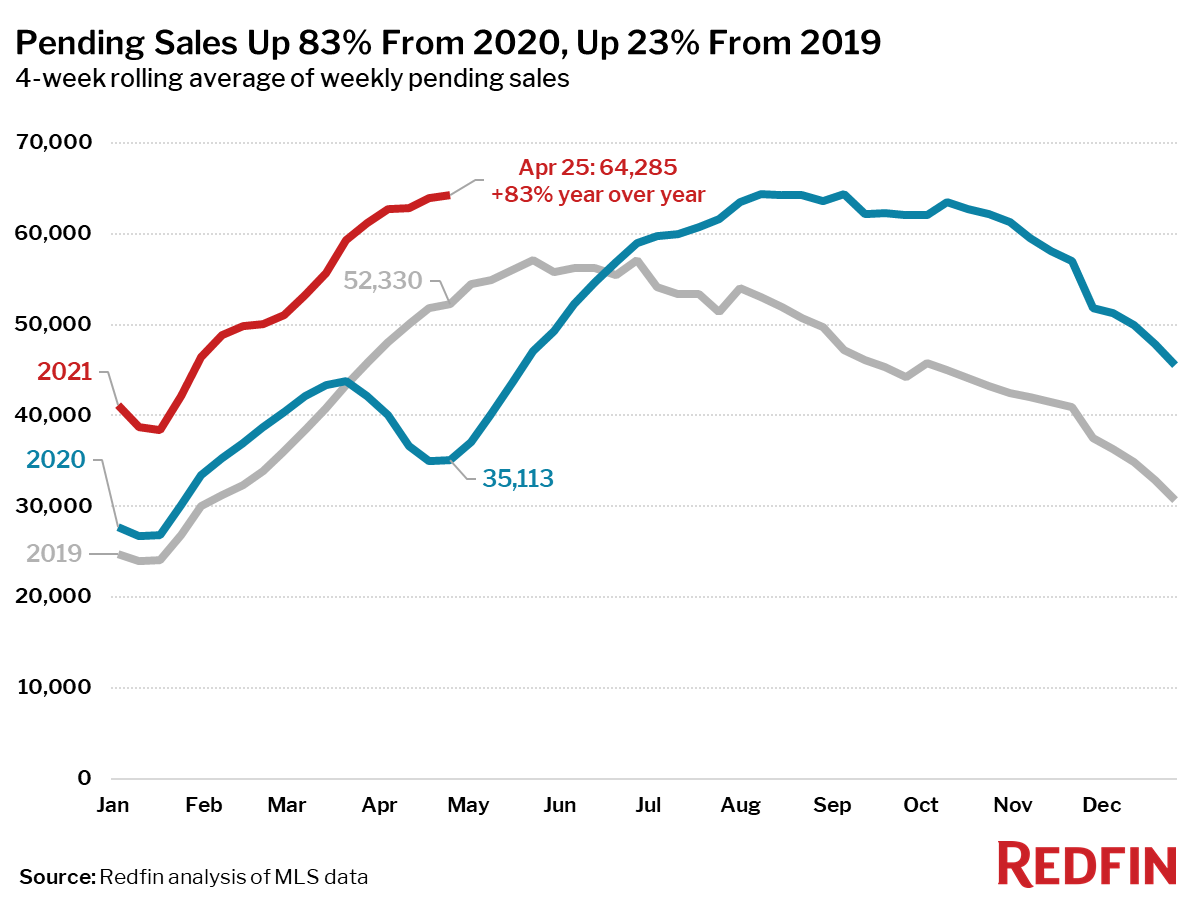 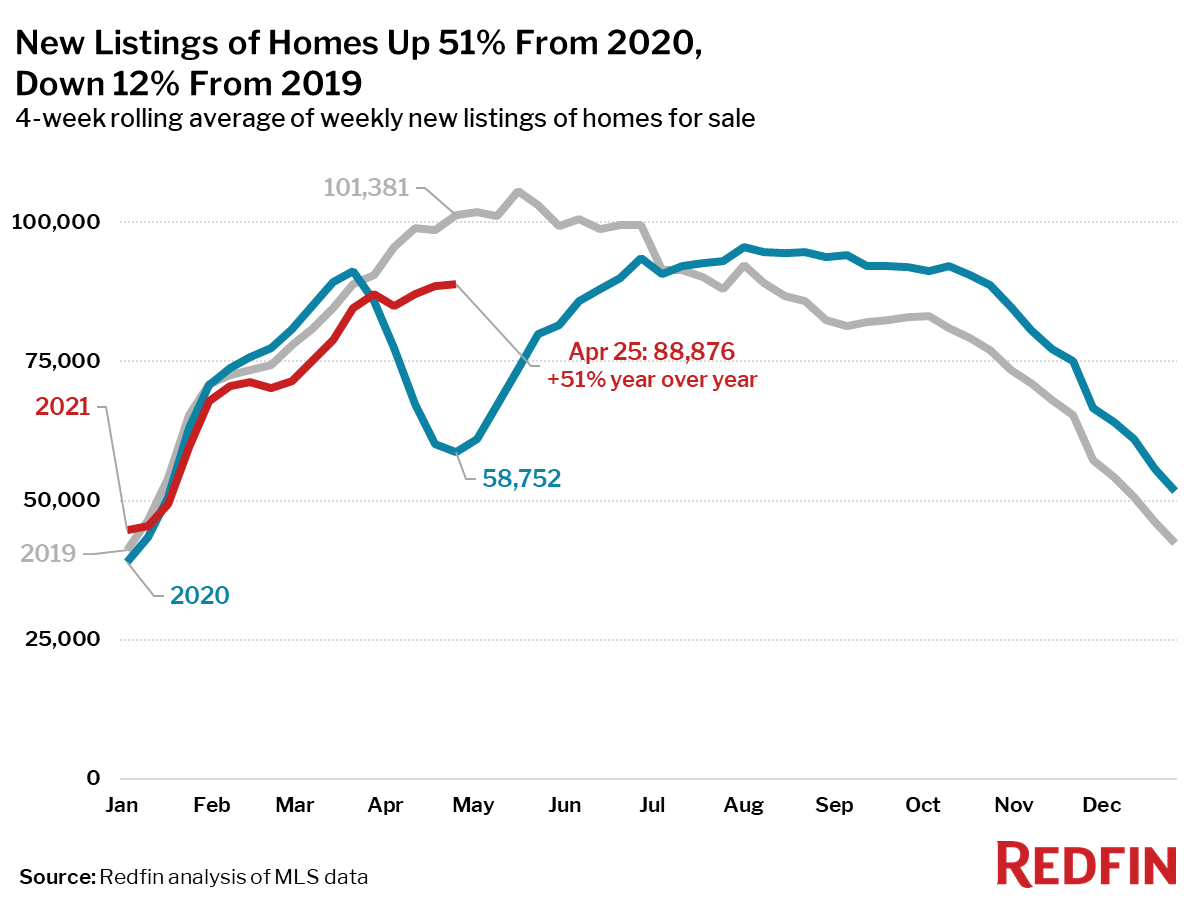 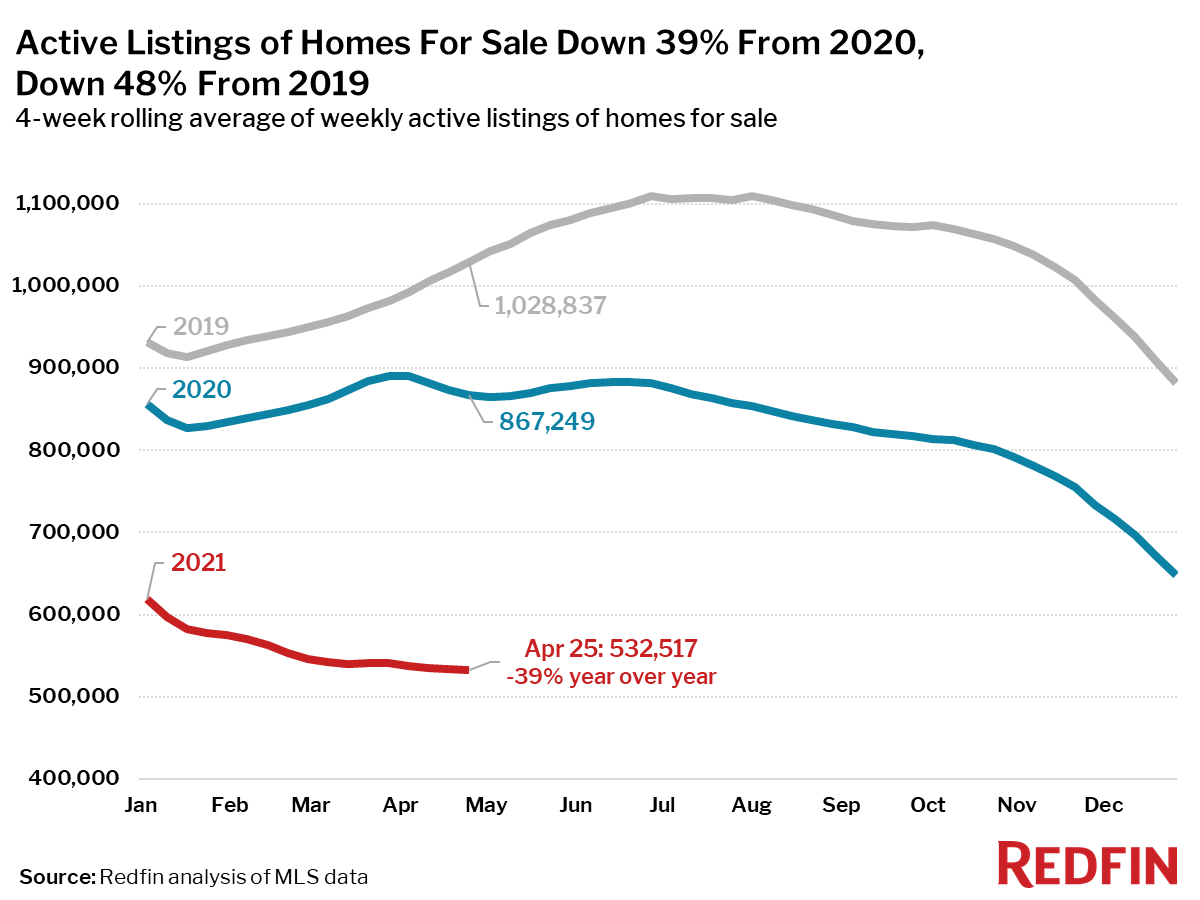 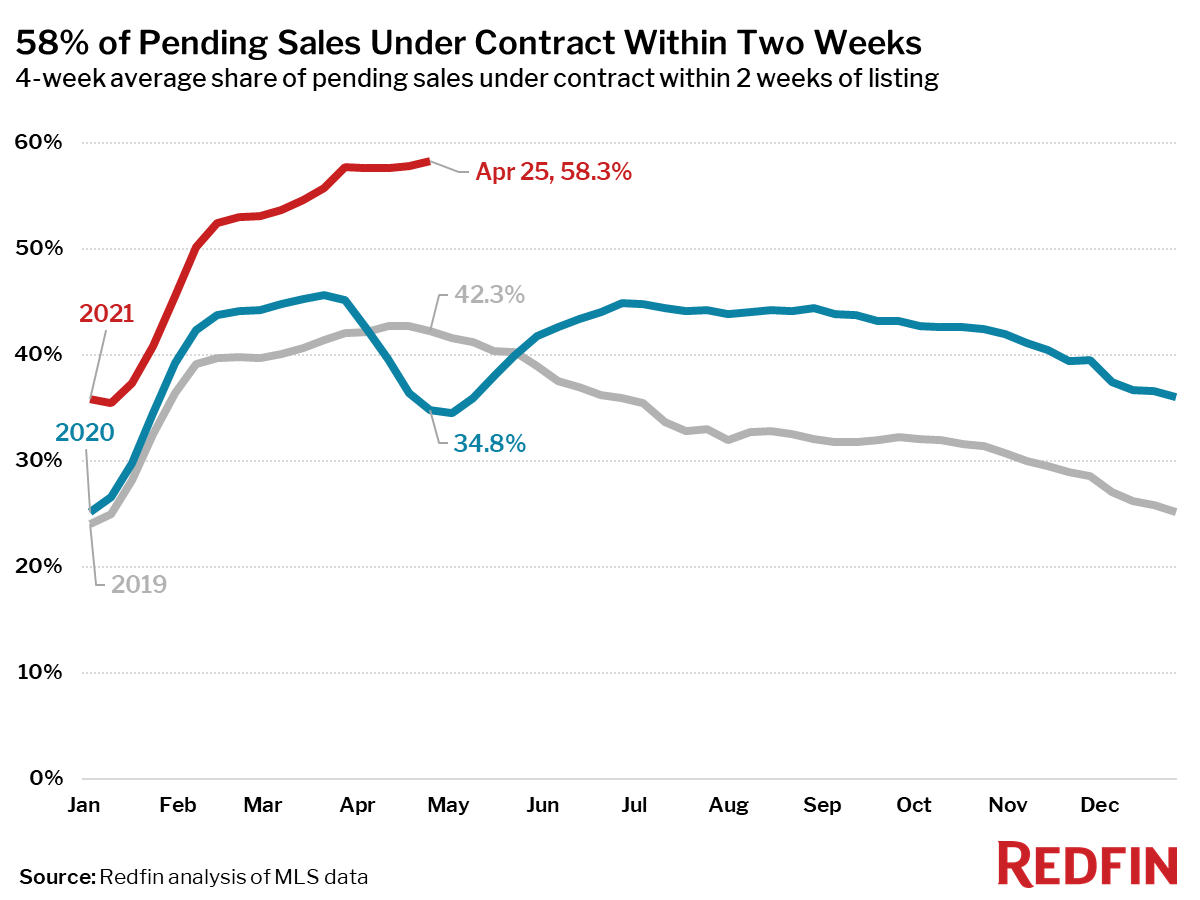 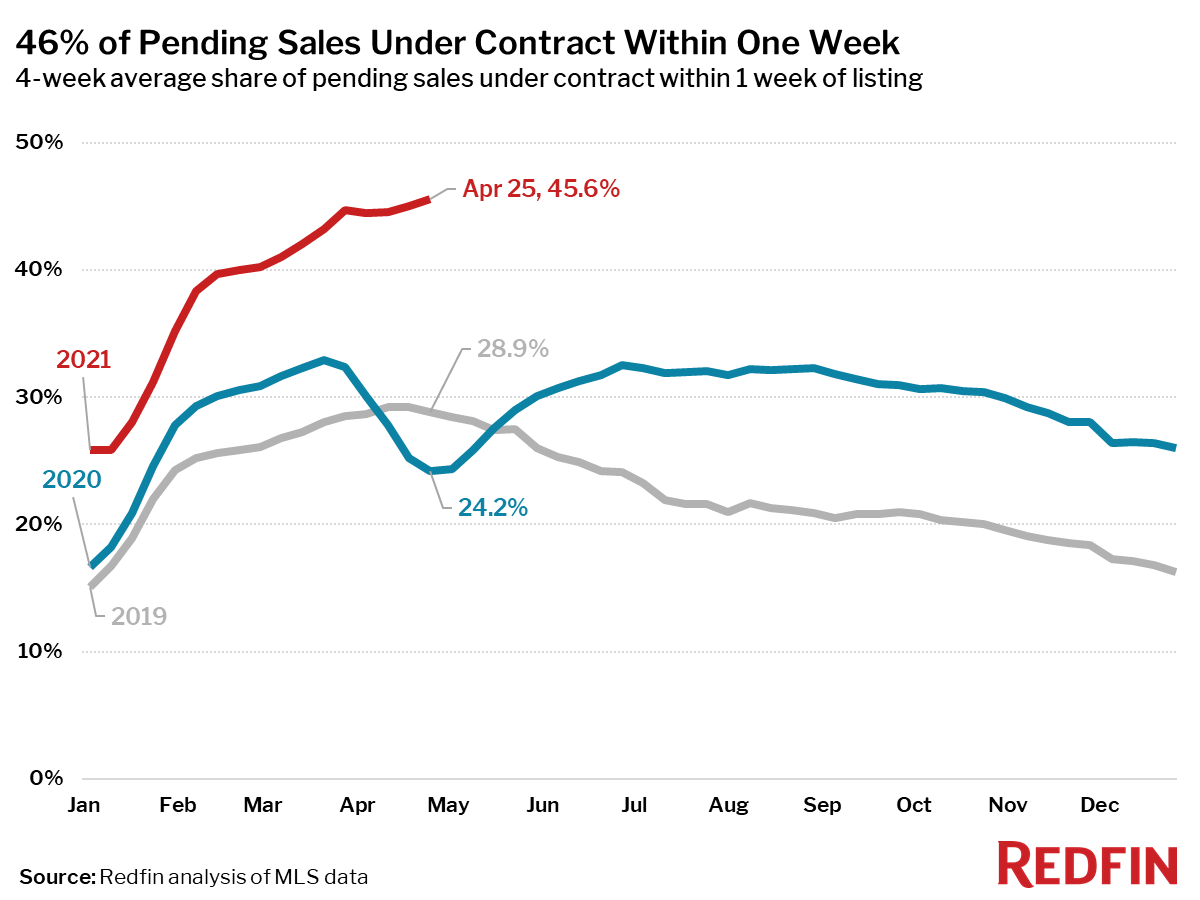 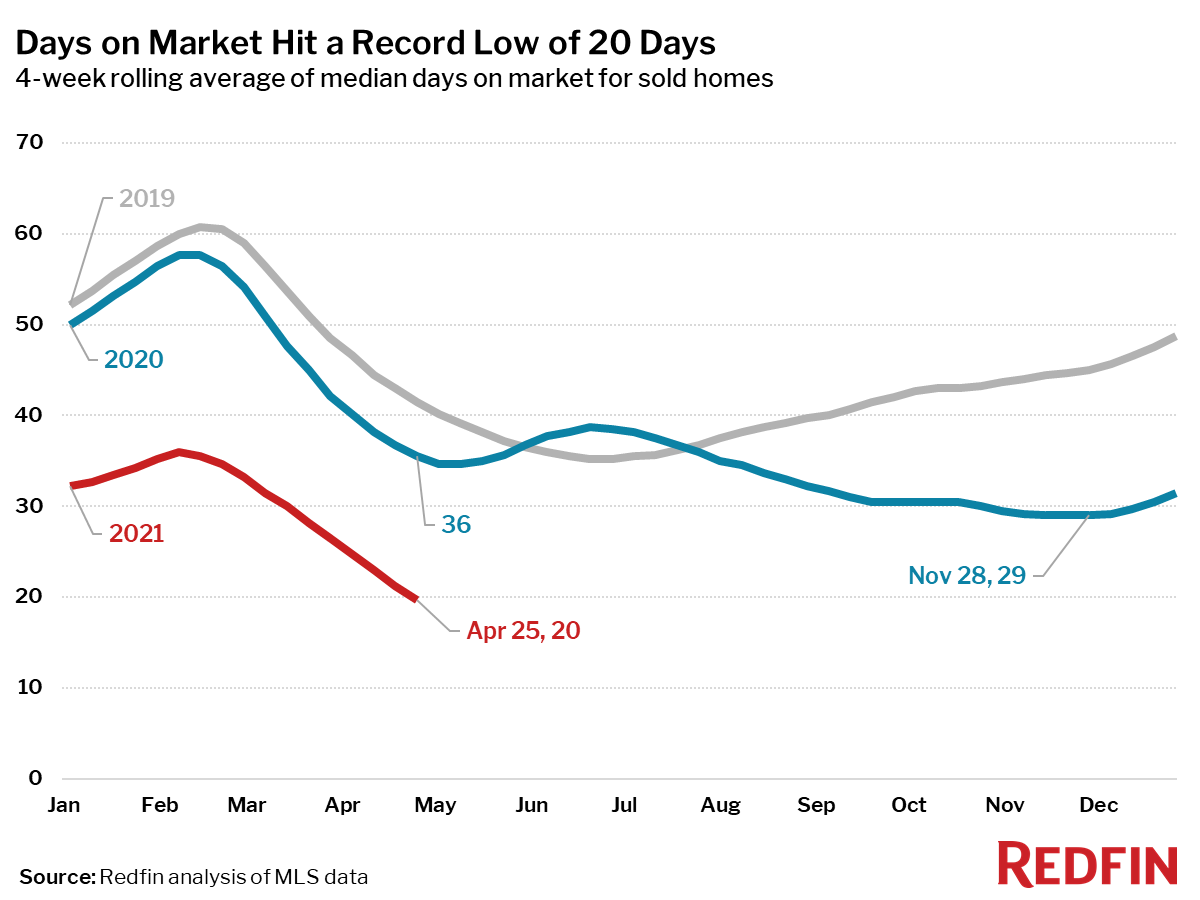 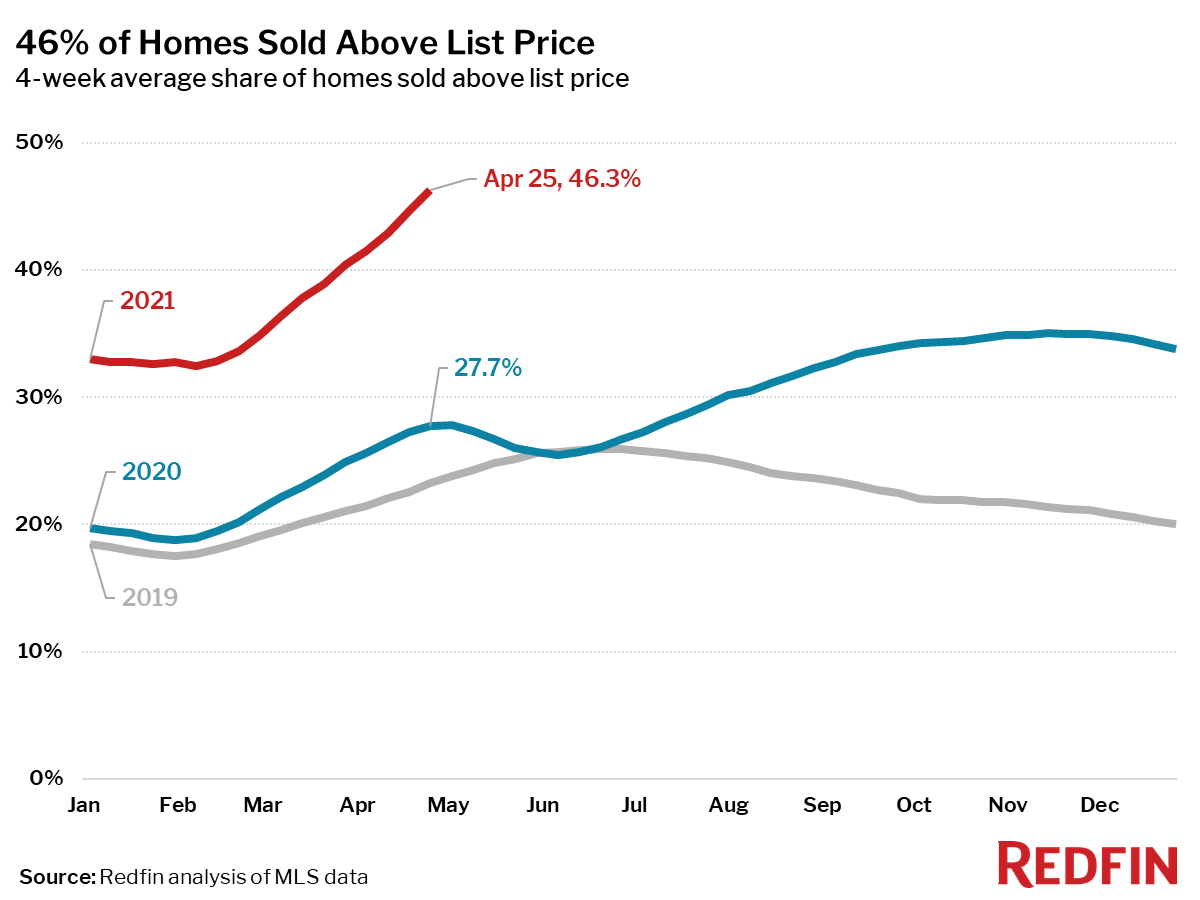 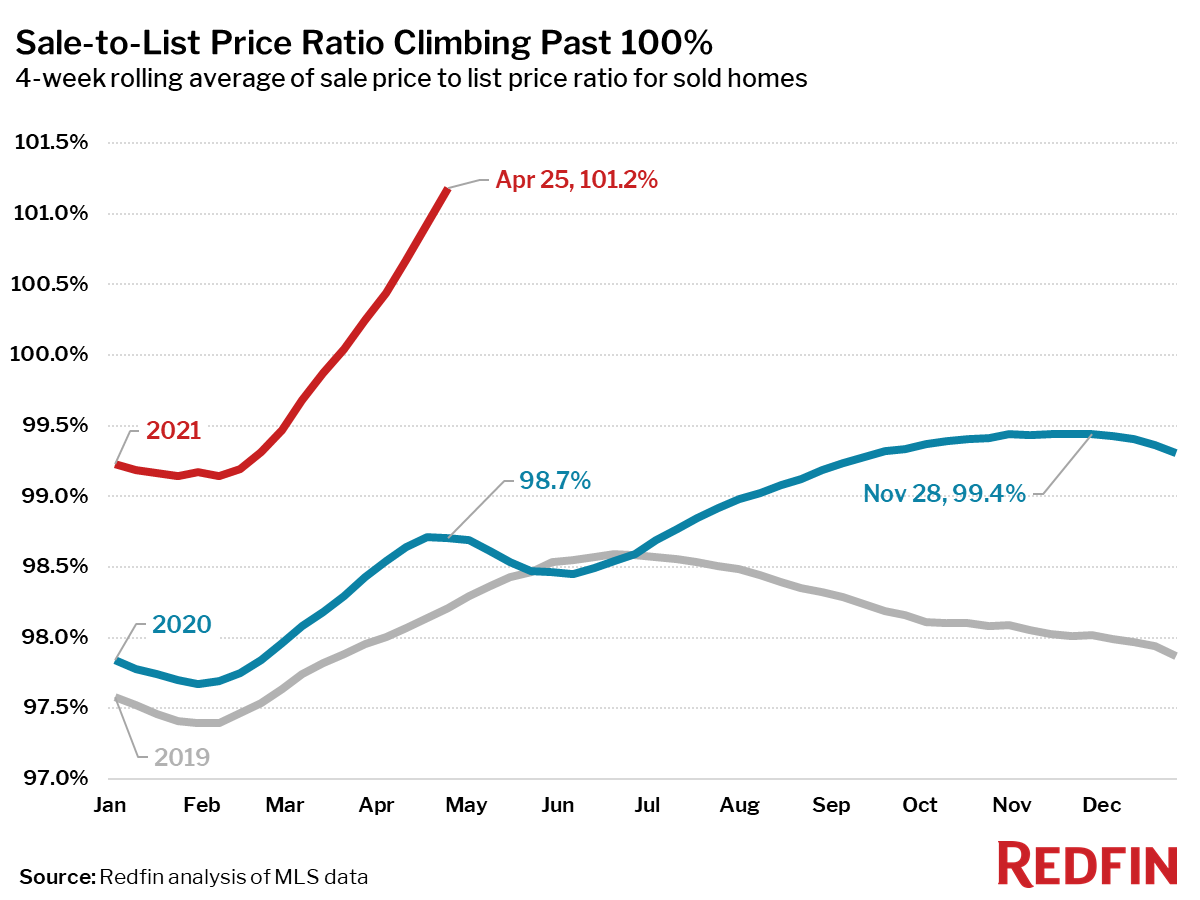 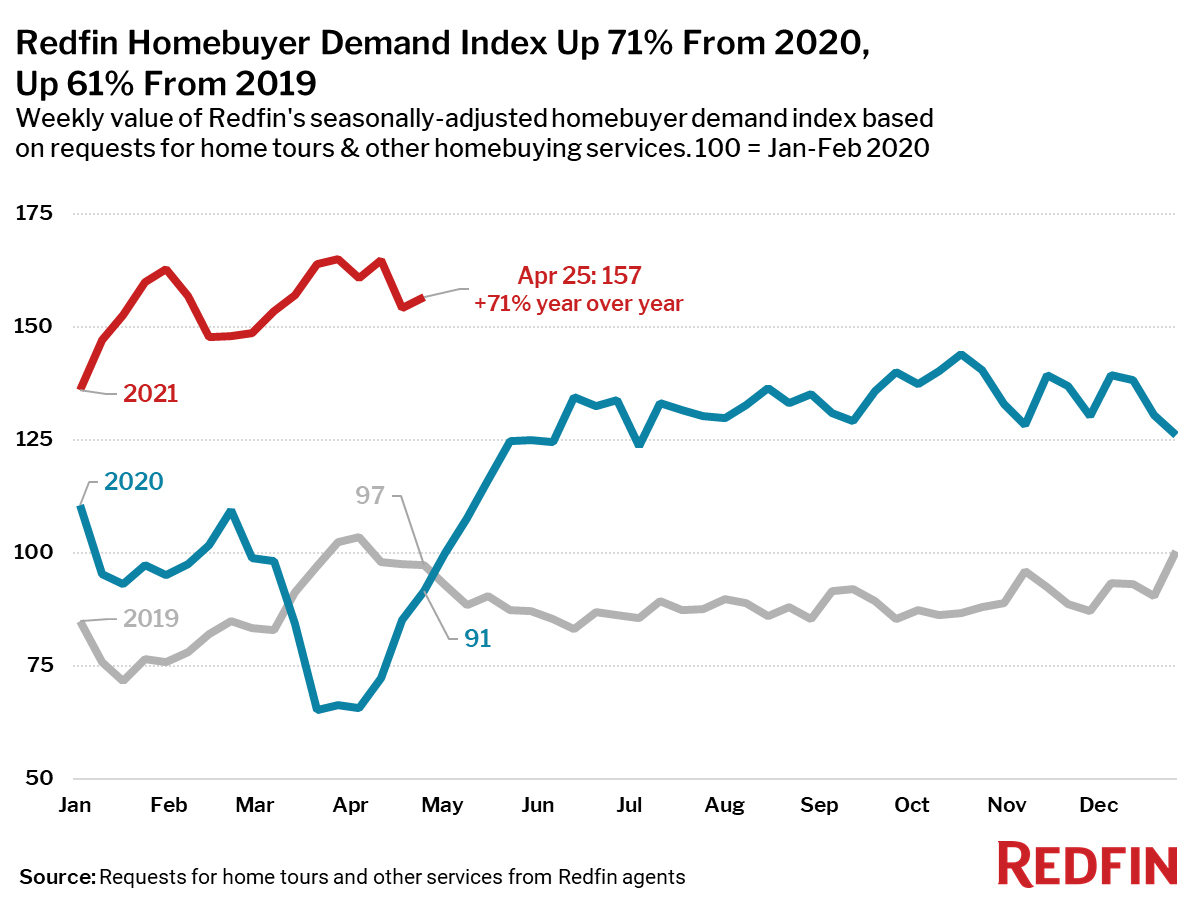