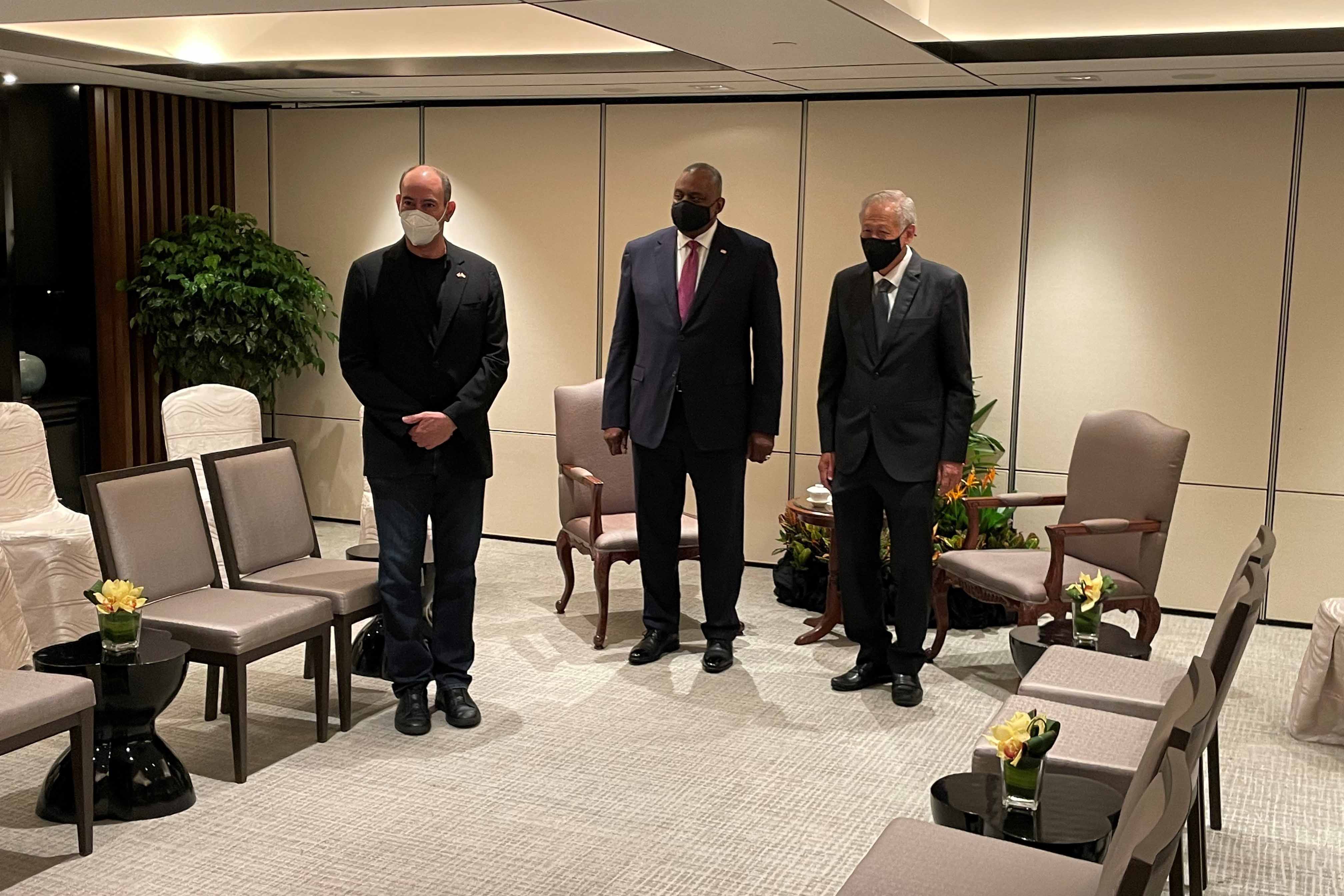 Austin is attending the International Institute for Strategic Studies’ Shangri-La Dialogue in Singapore. The event draws defense officials from around the world, but especially from the Indo-Pacific, and Austin is taking advantage of that to meet with many of them.

In addition to meeting with officials from Singapore, the secretary will meet with Indonesian and Vietnamese defense officials before meeting with representatives from China.

The secretary will also participate in a large meeting with nine of 10 members of the Association of Southeast Asian Nations.

The island nation of Singapore is a security stalwart in the region. “Singapore has been the most reliable partner in Southeast Asia for decades in terms of facilitating U.S. forward presence,” a senior defense official said.

That partnership has been critical in allowing the United States to be present and engaged and also to respond to crises around the region.

In the meeting, Austin thanked Ng for his country’s assistance and help and indicated the two would discuss ways to make an already strong partnership even stronger. 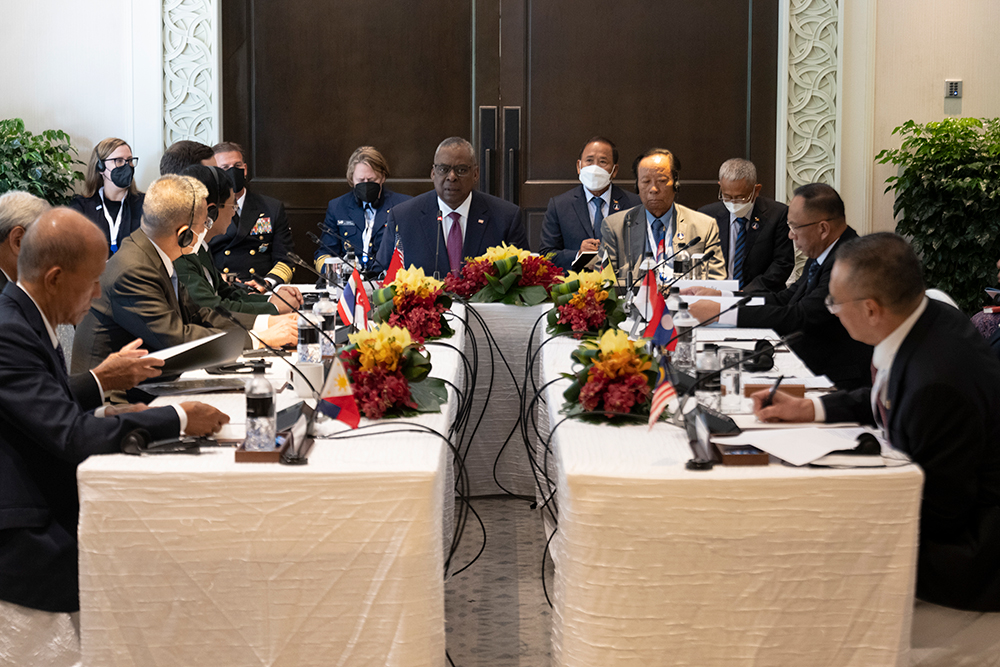 Secretary of Defense Lloyd J. Austin III, center, meets with the 10 ministers of defense from the Association of Southeast Asian Nations at the Shangri-La Dialogue in Singapore, June 10, 2022. © Chad J. McNeeley, DOD