If you have ever had the job of cleaning the leftovers after a party or cleaning the latrines after a football game, you would know that making entertainment is never as fun as watching it. Filming a TV series is as challenging as filming a movie. The job requires a lot of effort, and it is often physically demanding. Some films put a toll on the actors who have to struggle to become a legend. 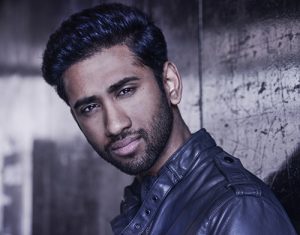 Velo Thaya is one of these legendary actors who is thriving in his acting career. He was born on November 12, 1991. He was born and raised in Scarborough, Toronto.

Thaya is a phenomenal actor and his talent is getting recognition in Canada. Some of his best performances can be seen in the short films Dealer, and A Scrambled Love playing the lead roles:

The Dealer is a merciless crime and thriller movie. The movie sets in the streets of Paris. It takes us to the life of a drug dealer who is in his 30s.

Here is the main cast of the movie:

A character named Dan tries to get out of the drug trade. He thinks he has found a perfect escape with the opportunity to take his daughter to Australia for emigrating. When he is just about to leave, a big drug proposition falls in his lap. He has to agree to it but this deal takes him into the violent world of prostitutes, criminals and backstabbing allies. In other words, no one can be trusted. He has no choice but to be violent and brutal.

The Dealer is the tale of a man who is desperate to survive. You are going to witness non-stop action. It is not a film for the woozy.

Another one of Velo Thaya’s films is “A Scrambled Love”. It is a short comedy. One of the famous taglines of the movie is “love can get scrambled sometimes.”

Here is the main cast of the movie:

The critical lead role played by Velo Thaya was a phenomenal performance with grit and depth of emotions that allows the audience to relate to so deeply. These films have been sent out to be viewed all over Toronto.

A number of people in Canada are in love with the science fiction season Killjoys. Velo Thaya is also a part of this famous series playing a pivotal role.

Killjoys takes you to a space adventure. It is about 3 party-loving bounty hunters who work for the Recovery and Apprehension Coalition (R.A.C). It is an independent interplanetary organization of assassins and retrieval experts. They are known as Killjoys. The series is centered on the lives of people and their activities in the Quad. It’s a solar system that is heavily populated. It is ruled by a tyrannical corporation called “the company.”

They are on the verge of a revolutionary war. On top of this, their past catches up to them. The trio struggles to maintain their R.A.C neutrality to focus on the law that they cannot break i.e. “the warrant is all”.

Season 5 of Killjoys prepares the cast to enter the final chapter. If you haven’t yet watched the latest season, you will be glad to know that the show is not going to go down without a fight.

The trio Dutch, Johnny, and Davin are in the middle of their greatest defeat. The three have lost the war. The lady is now trapped inside the green. She is loose and she is bringing chaos to the Westerly. What’s worst is that Aneela is trapped in her place.

With so much chaos around, you can expect season 5 to be action-packed.

Velo Thaya made his appearance in episode 7 of season 5. He played the critical role of the solider. Killjoys is loved all over Canada because of its richly drawn and wonderfully charismatic characters. And no doubt, Thaya was fortunate to get a pivotal role in the final season.

Thaya got the opportunity to work with one of the leading stars of the show Aaron Ashmore and director Paolo Barzman. He appears in the scene when the team goes undercover in the Leithian military base to find the body of the Lady.

It was hard for the directors to end the story, but they successfully managed to gather all the threats from the last 4 seasons and weave them together so that everything felt natural. Those who have watched the show would agree that nothing felt rushed.

Every reunion was earned. The best part was that every character got the chance to shine and say goodbye in their own way.

Agents have recognized the effort of Thaya. Additionally, his outstanding performances in such trending shows is definitely something that cannot be ignored.