The Peninsula Chicago, in partnership with Kasmin, is pleased to present REVERB, an exhibition of contemporary art showcasing works by three artists whose practices explore movement, sound, and electricity, engaging with the rhythm and structure of the urban environment. This is the fifth consecutive year that The Peninsula Chicago has hosted a contemporary art exhibit at the hotel, in conjunction with EXPO CHICAGO, the International Exposition of Contemporary and Modern Art, the eighth edition of which will take place at Navy Pier, September 20 to 22, 2019. On view and open to the public throughout the hotel’s public space from September 20 through October 22, 2019, the presentation additionally coincides with the Chicago Architecture Biennial—another of the city’s most celebrated creative expositions.

James Nares’ (b. 1952, England) multi-media practice encompasses film, music, painting, photography, and performance, investigating physicality and the unfolding of time. Nares’ Delta, from his Road Paintings series, continues the artist’s ongoing kinetic investigations—exploring the form, direction, and repetition of objects in motion by mark-marking using a mechanical road striper. Driggs II, a gilded pavement-stone rubbing of a New York City street, registers the topography of the city which has acted as protagonist and collaborator throughout Nares’ work. Three of the artist’s films—Drip (2007), Drop (2007,) and Paper Factory (2007)—will also be exhibited. A retrospective of the artist’s work, NARES: MOVES, is on view at Milwaukee Art Museum now through October 6, 2019.

Iván Navarro’s (b. 1972, Chile) socio-politically charged sculptures of neon, fluorescent and incandescent light activate both the sensorial and psychological experience in his viewer. Back To Square One (2017) emerges from a series incorporating text that poetically alludes to the geometric form of each work. Also included in the exhibition are two iterations of Navarro’s iconic Impenetrable Room (2012-2016) and, elsewhere, Impenetrable (Mouth) (2012)—a work that sits directly on the floor, enticing viewers to look down and into the body of the sculpture. Exploring a fourth dimension that can be seen as either reflection or fiction, the works are made up of containers lined with undulating neon that ripples into infinity against a mirrored backdrop.

Naama Tsabar’s (b. 1982, Israel) Transition canvases repurpose the internal and external components of the amplifier—wires, speaker, circuit board—to create a new formal visual experience whilst retaining the object’s ability to broadcast sound. Tsabar’s sculptural works and sonic installations weave together iconic actions and objects from rock music (the guitar, the amplifier, the microphone). The motifs of femininity, gender, disruption, destruction, and reconstruction recur throughout her work and performances.

Maria Razumich-Zec, Regional Vice President and General Manager of The Peninsula Chicago remarks, “Every fall for the past five years we have partnered with extraordinary artists, collectors, and galleries to showcase exceptional artists’ work, all with an effort to shine a light on emerging talent, and transform our lobby to encourage guests to pause, take notice and appreciate the art.

The Peninsula Chicago’s desire to provide guests with memorable art experiences aligns with The Peninsula Hotels’ global commitment to promoting the rich and vibrant cultural aspects of the destination cities in which it resides. In a continuation of the group’s ethos of innovation, The Peninsula Hotels has worked alongside curators Bettina Prentice and Isolde Brielmaier to present ‘Art in Resonance’ a new, multi-year global contemporary art program – that commissions work from artists who are poetically pushing the boundaries of their mediums. The program reflects a deeper commitment to engage with the artistic sphere, not only as a venue but as an originator and innovator of culture. 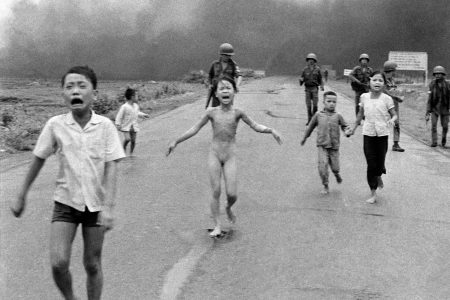