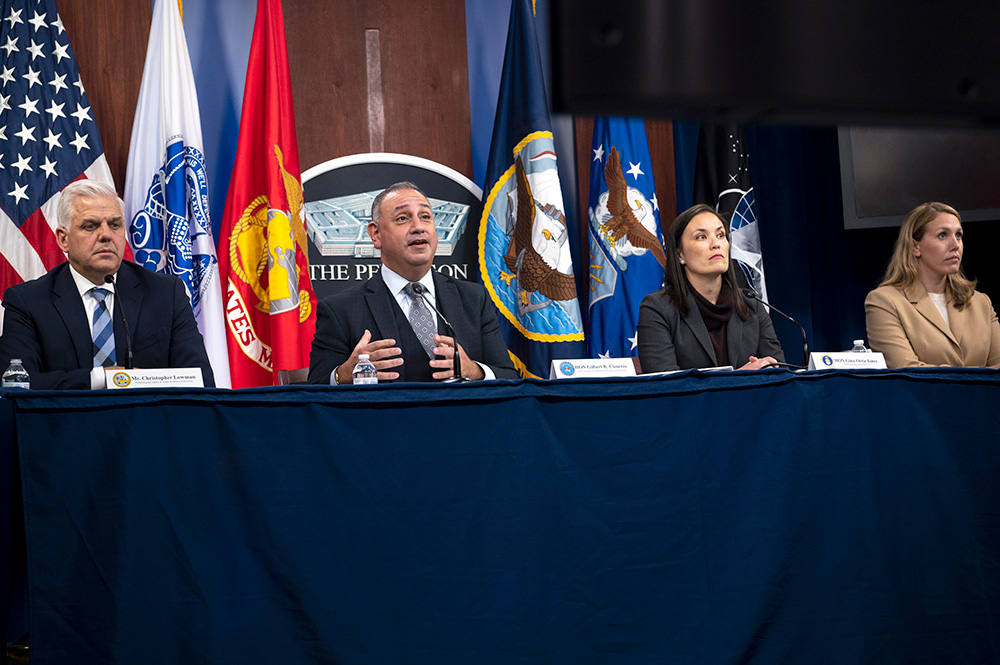 The Defense Department’s greatest strength is its people, and DOD is proud to represent the 3.3 million service members and DOD civilians who defend the nation every day and their families who serve alongside them, Gilbert R. Cisneros Jr., undersecretary of defense for personnel and readiness told a Senate panel.

Speaking before the Senate Armed Forces subcommittee on personnel, Cisneros said one of the earliest addresses DOD Secretary of Defense Lloyd J. Austin III made to the total force focused on how taking care of people was a national security imperative.

“This administration has shown both in their words and actions that DOD will invest in our greatest strategic advantage. This commitment is evident in the FY 23 defense budget requests and our personnel policy efforts,” the undersecretary said.

First, Cisneros focused on recruiting economic security, support to military families, the Independent Review Commission on Sexual Assault in the military and suicide. To build and maintain our global competitive advantage, we must recruit quality applicants in an ever-changing landscape, Cisneros said.

“The department is in fierce competition for skilled, relevant and innovative talent. The labor market, exasperated by the effects of the [COVID] pandemic and the military-civilian divide creates a challenging recruiting environment,” he said. “But my team and I are working closely with [the service personnel chiefs] to leverage all authorities, resources and tools to address these challenges.”

In total, the existing military compensation benefits package is fair and compares favorably with the private sector, Cisneros said, adding, “To remain competitive, we must keep pace with private-sector wage growth, which this pay raise does.”

DOD is addressing rising housing costs by temporarily adjusting the basic housing allowance for housing in high-cost areas, he said, telling Senate members, “And thanks to your leadership, we are implementing the basic-needs allowance with the first payment scheduled to go out in January 2023.”

DOD’s military families are vital to the readiness of the U.S. forces and DOD is broadening employment support to military spouses by expanding the Military Spouse Employment Partnership job-search portal, and working with all 50 states to improve state laws to ease occupational license portability, Cisneros said.

Likewise, the department is addressing access to childcare by increasing staff hiring, applying the $15 per hour federal minimum wage to childcare workers, and providing service members’ fee assistance to offset the cost of in-home childcare, he noted.

Taking care of DOD people goes beyond compensation, the undersecretary added. “We must eliminate sexual assault and harassment to preserve readiness in support of a resilient and cohesive force. The entire department continues to work to implement the IRC’s recommendations. Our budget request of $489 million will enable us to invest in prevention to eliminate those wrongs,” he said.

DOD is committed to making cultural changes at every installation worldwide to tackle this problem, Cisneros said. 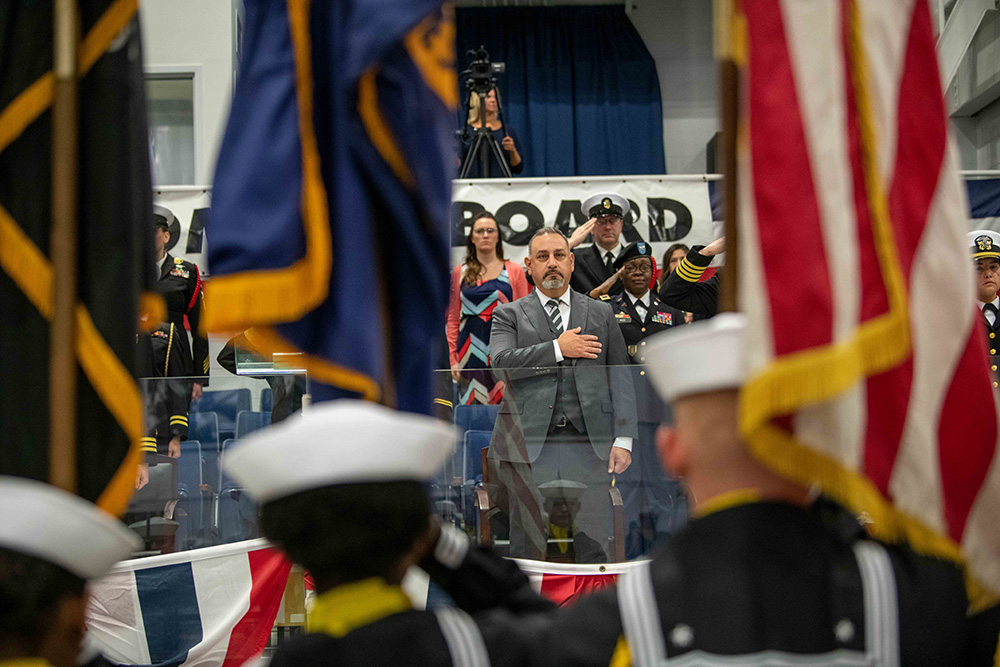 Gilbert R. Cisneros Jr., undersecretary of defense for personnel and readiness, places his hand over his heart during the national anthem in Midway Ceremonial Drill Hall during a pass-in-review graduation ceremony at Recruit Training Command in Great Lakes, Ill. © DOD

“We’re also steadfast in our commitment to suicide prevention, and the well-being of service members and their families — especially in light of the recent incidents involving those assigned to the USS George Washington,” the undersecretary said. “They are tragedies and we’re working to learn more and to ensure the Navy has every resource they need.”

Additionally, DOD is taking a public-health approach targeting various underlying risk factors and mental-health stressors, Cisneros said. “We are enhancing protective measures such as social connections, coping skills and safety. We are working to address the shortage of mental health providers, which is a nationwide problem. This includes providing care for anyone who needs it, whether this is in our direct-care system or using our private sector network,” he emphasized.

Lastly, the undersecretary highlighted the department’s efforts in the Diversity, Equity, Inclusion and Accessibility space. “Enhancing the EIA across DOD maximizes its ability to recruit and retain top talent,” he said, adding that Austin recently designated him as the chief diversity and inclusion officer for DOD.

“In this role, I will continue to bring about long-term changes and work to support the factors that promote racial, ethnic and gender diversity and inclusion,” Cisneros said. “I will take steps to ensure our total force has an opportunity to achieve their professional goals, and as a cohesive and ready force that reflects the diversity of our nation.”