There is a collective appreciation in witnessing a form of rebellion. Visual narratives through pop culture have created a respect shared by society for the outlaw figure. An individual who isn’t afraid to break the rules especially for a good cause. The person that inspires others to challenge the systems around them no matter the size. A role we all want to see a win to fulfill our inherited desires of antiestablishment and change. 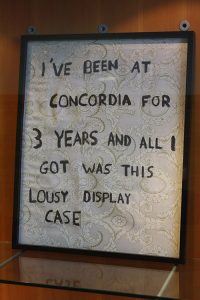 A global pandemic has not stopped artist Armando Cabba from continuing on his rebellious tendencies. In recent months, the Canadian artist has gained notoriety and praise for his X-rated work aimed at online censorship. By clever use of hashtags, titles, and using his privilege, Cabba continues to prove Instagram’s algorithm harms non-white creators, members of the LGBTQ+ community, and sex workers.

Looking into his history, the idea of challenging the powers that be isn’t a new concept for Cabba. A graduate of Concordia University, he held the reputation of having a unique relationship with his teachers. Most would recognize his own independence and work with him as opposed to obstructing his creative practice. The young artist was also busy exposing his work in Canada and in Europe before graduating. A harmony existed between the artist and institution, but instances arrived where Cabba would push back on the school.

The few professors who tried to box Cabba in received a unique form of retaliation by means of art. An example of this took place in 2012 during student protests against tuitions being raised. The installation piece was located in the university’s vitrine stating “I’ve been at Concordia for 3 years and all I got was this lousy display case.” What made this more impactful was its publication in the Montreal Mirror newspaper and how that reflected poorly on the school during those tense times. 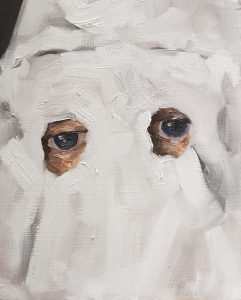 After completing two fine art programs, Cabba followed his dream to attend an old master’s academy in Italy. Based on interviews, he believed this school would be the community he’d finally belong to after leaving his home in 2013. These expectations did not come to fruition as ideas clashed for months before Cabba followed in the footsteps of art history’s greats by quitting the academy altogether. Despite every ex-pat art school labeling him as a heretic, he remained in Italy to create for 3 years before moving to Paris.

It’s in the French capital where Armando Cabba’s work and identity truly blossom into who he is today. The paintings he produced held their own much more than before. Realist portraits displaying his technical understanding of the medium while weaving in his emotions between each brushstroke. Cabba rejected contemporary artist clichés in regards to his online presence. Each piece connects with the viewer as opposed to feeling exclusion as if standing outside of a group conversation. There is a constant notion that the door is open for anyone to join in with his dialogue. Rejecting intellectual peacocking by use of art world vernacular, he radiates with charm and humor explaining the reality of creating. Being authentic outweighs the unapproachable trait found commonly in artists of today. 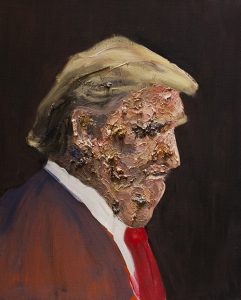 Without any school or authority directly looming over Cabba, he turned his sights towards politics. The paintings created directly addressed the Trump administration along with police brutality and the overall racist tone in America. In response to the murder of George Floyd, Cabba used his platform to call out the systematic problems in the art world and expose the true history of artists such as Picasso, Gaugin, and Warhol. There was no holding back blows even in addressing living artists and galleries who remained silent during these times of unrest. Being an unsigned painter relentlessly challenging the higher-ups, Cabba solidifies his reputation of being contemporary art’s bad boy.

From being a difficult student to crashing Sotheby’s Auctions via live stream, the outlaw has always existed in Cabba. You can’t dismiss him as just a trouble maker considering his undeniable talent in his artistic creations. It will be interesting to see who will step up to sign him in the future. The question doesn’t lie in his work having the potential to sell at astronomical prices or enter in the canon of art history, but the relationship between the curator and Cabba. He’s the player you want on your team, but he’s an absolute nightmare if he’s facing off against you. It’s going to take much more than following the gallery template of artist management for both parties to thrive.  A lot will change when Cabba receives gallery representation, but his rebellious nature will beat on in many forms to come.