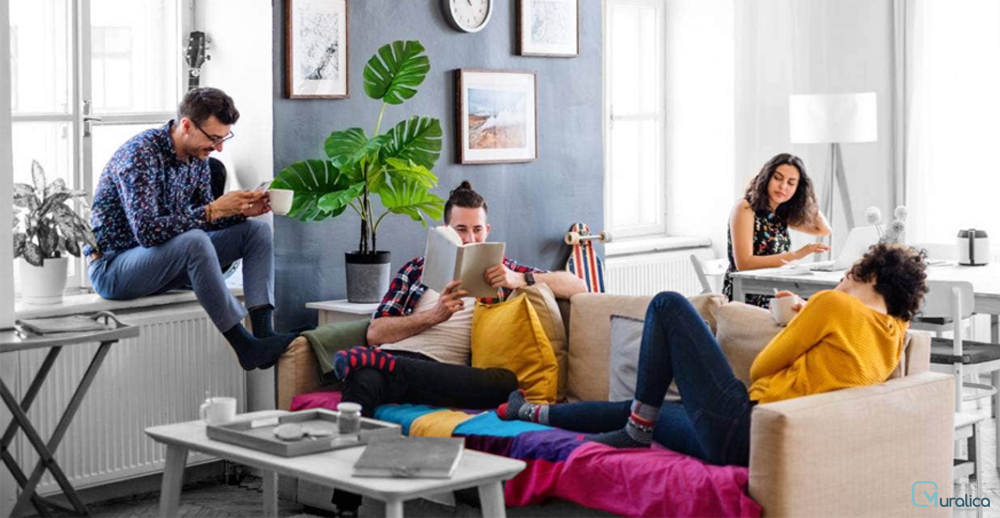 Co-living is an increasingly popular model of residential housing that puts an emphasis on sharing space and community living. It is particularly suited for those seeking flexibility, comfort, affordability, and a sense of social belonging. It is usually, but not necessarily managed by a professional 3rd party/ operator.

A number of trends and factors are contributing to its popularity, including the rapid, world-wise rise in urbanization, the lack of affordable housing, the interest in modern nomadic lifestyles, the rise in remote work possibilities. Co-living can offer a contemporary lifestyle that benefits tenants but also presents investment opportunities for developers and landlords.

Why is Co-living Gaining Popularity?

The global megatrend of urbanization is here to stay. According to UN-Habitat by 2030, the number of cities with a population of one million or more will be 706 compared to a figure of 371 in the early 2000s. By 2050, two-thirds of the world population, or 7 billion people will live in cities.

The modern household looks very different now from how it did in decades past. According to the Population Reference Bureau, the composition of non-family households in the US increased from 15% in 1960 to 35% in 2017. This shift in the composition of families has been a major driver of the success of co-living in the USA.

Facing astronomical tuition fees, students often graduate with heavy debts to repay. A survey conducted in 2020 showed that the average student loan debt at graduation had risen by 326% since 1970 and it is currently increasing by 7.8% annually. For Millennials and those generations that came after the debts, they continue to carry
meaning the prospect of homeownership is either distant or unreachable.

Advantages for Tenants in Co-Living Establishments

Co-living settings can readily appeal to individuals who are looking for an affordable place to live that also offers opportunities to work and live together with others in a community. Benefits may include:

Affordability is often the primary consideration of people when choosing where to live. Rent increases have been increasing at a much faster rate than inflation with the consumer price index (CPI) for rent far surpassing other items (37% for rent compared to 13% for non-shelter items) between 2010 and 2020. Home prices too have increased, doubling since 2000 according to the Case-Schiller national home price index. The affordability of co-living arrangements compared to traditional rental arrangements is a key attraction. Tenants can save up to 15% of annual rent on broker fees alone. And can avail of the bundling of services together (utility bills, furnishing, cleaning, maintenance, and amenities) in deals that are discounted relative to individual services. This is possible due to higher spatial density and sharing of utilities and general expenses between residents. 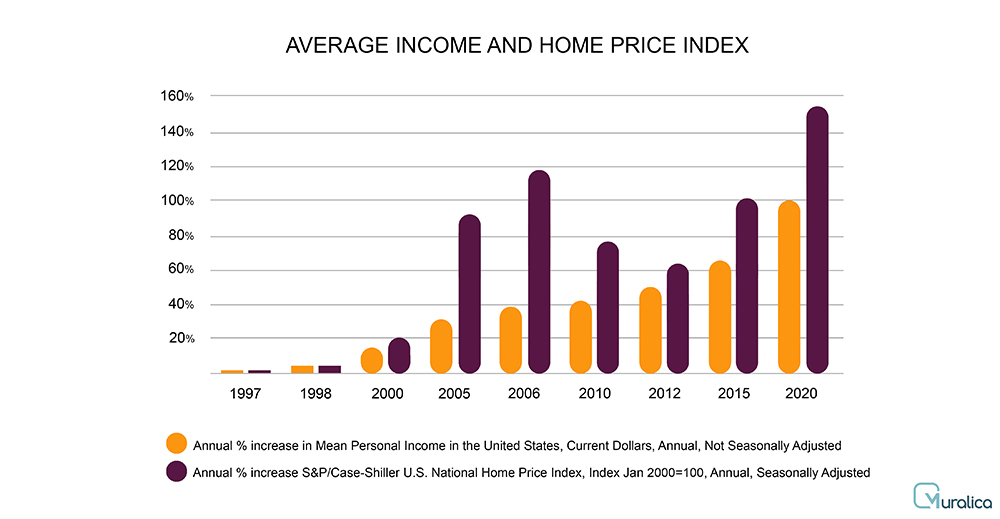 The cumbersome administrative burden entailed with entering into a traditional rental agreement can require everything from employment confirmations, recommendation letters, proof of income (usually 40 times the rent), the requirement of a guarantor (who makes 80 times the rent and sometimes lives in the same state), to multiple paychecks, bank statements, money orders and more. This is on top of the need to deal with sorting out utilities, internet access, and furniture removals. In contrast, many co-living operators offer shorter-term leases, simplified move-in, and move-out processes, shorter notice periods, and a reduced administrative workload, all conveniently managed online. By providing fully furnished rooms, roommate matching, and including utilities co-living operators create a convenient living experience that makes possible a transient lifestyle. One where you are at home once you unpack your suitcase.

The need for humans to feel belonging and connection is increasingly recognized. It is something that has been accentuated by the impact of the COVID-19 crisis and accompanying social distancing and feelings of dislocation. Researchers have found that “loneliness is just as lethal as smoking 15 cigarettes per day” with “lonely people 50% more likely to die prematurely than those with healthy social relationships.” The prevalence of loneliness in the United States is indicated by a recent Cigna survey which revealed that nearly half of Americans always or sometimes feel alone (46%) or left out (47%). Fully 54% report they always or sometimes feel that no one knows them well.

Co-living can help address feelings of anomie or disaffection by providing conducive environments for tenants to integrate, create new communities and form meaningful relationships with each other. A key feature that distinguishes co-living operators from each other is the degree to which they can create structures, spaces, experiences, and activities that generate an authentic sense of community and engagement. Operators have claimed that the higher quality of shared spaces and activities can drastically reduce levels of loneliness among tenants.

Co-living can offer more than shelter, or a convenient or desirable location. It can enable tenants to access perks usually only available in the hospitality industry. Longer-term co-living operators routinely offer basic amenities, fresh linens, cleaning, as well as community events, and even concierge services to tenants, allowing a level of comfort that would not be possible in a traditional renting landscape.

Social changes are pushing the rise of the sharing economy. According to a PWC report, its global revenue estimated at $15 billion is projected to increase to $335 billion by 2025. Ridesharing, co-working, and subscription services have become a part of everyday lives across the globe. Millennials are leading the adoption, 30% of them have used shared housing compared to 11% of those age 35+ (eMarketer) while 18–24-year-olds are twice as likely than 25+ to think that access is the new ownership (PWC).

Benefits for developers and landlords:

The sharing of common spaces and amenities allows for lower rent, but also allows developers to optimize space while still providing for privacy and comfort. With private rooms that are usually 50-75% smaller than standard studio apartments, developers can ultimately fit more units into the floor plan and can profit to the tune of receiving a 50-100% increase in revenue per square foot.

Collaborating with Co-living operators can be a convenient and rewarding exercise for developers and landlords. Whether it involves the lease as property from a landlord, or a shared revenue management agreement, the co-living operator generally plays the role of a stable and reliable intermediary that looks after the maintenance of the building, resolves management issues, and sources suitable tenants, and addresses turnover issues.

In contrast to the traditional rental application process for an apartment which can place onerous demands on tenants to be financially qualified and produce mountains of paperwork, co-living simplifies the application process and makes it accessible. This is highly appealing to the demographic of young professionals who are either on a budget, or professional transient and want to avoid committing to a long-term lease

The concept of co-living can trace its origins back to 19th century US boarding houses, but its current prominence is related to major shifts in recent years in the socio-economic order and landscape In large urban areas in particular, where housing stock is limited and expensive, co-living may prove an alternative, affordable and amenity-based solution that merges elements of the residential and hospitality industry.

Perhaps most exciting of all is the prospect that suitable co-living spaces may allow the creative arts community, who have long been the vital heartbeat of cities, and who now often find themselves in danger of being priced out of the shelter, to come to the city and enjoy an affordable, harmonious, and productive, quality of life.

With a background in architecture and real estate, Valentina F. Stan has founded 2 prop-tech start-ups. The recently launched Muralica, a co-living company, was built with the mission of bringing artists affected by the COVID-19 pandemic back to NYC by creating a community where they can live, collaborate, and share their art.