Home / People and Culture / The Blank Slate: Hope For a New America – New ‘Interactive’ Monument to Tour Across U.S. as Tribute to African American History

At a pivotal time for racial justice in America, a new interactive art installation will tour the country seeking to inspire “Hope for a New America”. Acclaimed Ghanaian artist Kwame Akoto-Bamfo will unveil his latest work, a powerful and thought-provoking interactive sculpture titled Blank Slate: Hope for a New America, during a summer tour of major cities across the South and Midwest. Traveling on a flatbed truck, the mobile art installation aims to engage Americans in a conversation on hope and healing, including an interactive “Blank Slate” component. Visitors will be encouraged to share their opinions in real time on the fight for racial justice, and their words will be displayed anonymously onto the slate.

Created as a bold counterpoint and challenge to the more than 1,800 Confederate monuments and symbols still on display in public spaces across the U.S., Akoto-Bamfo’s mission behind the statue and tour is to use art to forward the racial and social justice movements, help inspire the healing of the nation, and elevate the voices of the silenced and oppressed by giving people a platform to let themselves be heard.

The statue will be unveiled in Louisville, Kentucky on June 2nd, and travel to locations including Chicago, Selma, Birmingham, and more. In each city, the statue will be available to the public for several days for observation, reflection, and participation in the conversation through the interactive Blank Slate screen. The tour will also include events with local elected officials, activists, arts & cultural figures, and local students, including a series of town halls. The town halls will create an open dialogue among community members on different aspects of racial injustice: community safety, health disparities, voting rights, the criminal legal system, education, and more.

Each city on the tour has its own historical and painful legacy of racial injustice. Akoto-Bamfo, best known for his outdoor “Nkyinkyim Installation” sculpture dedicated to the memory of the victims of the Transatlantic slave trade displayed at the National Memorial for Peace and Justice in Montgomery, Alabama, created the Blank Slate statue to challenge the overwhelming prevalence of this legacy by raising awareness of the entrenched issues in each city and inspire a dialogue for a more hopeful future. The statue is unapologetic in its representation of American history in the midst of today’s racial crisis and is a visual representation of the evolution of the African American experience and struggle— from the millions of enslaved men and women who were crucial to the foundation of the U.S., to the Black soldiers who died fighting in the Civil War, to the more recent lives of George Floyd, Trayvon Martin, Breonna Taylor, Duante Wright, and innumerable others.

The Blank Slate statue features four figures that symbolize the generational struggles in the African American experience: a slave ancestor, a lynched union soldier martyr, a struggling mother activist, and a baby representing the next generation.

Whereas Confederate heroes are typically depicted standing atop “pedestals of privilege”, the figures in Blank Slate are standing on top of the only thing they have—each other— a powerful representation of how only through generations of determined cooperation can the underprivileged elevate each other enough to have a voice to speak truth to power.

The monument culminates in an interactive protest sign held by the mother figure at the top, a literal blank slate symbolizing the unwritten future of hope and healing, that will serve to amplify the voices of the public and share their thoughts and hopes to the world in real time. Through a dedicated WiFi system, the public can share on the screen their ideas and hopes for creating positive change in this country. The blank slate will be integrated with a #BlankSlateHope social campaign.

“Blank is the slate that we write on, but we see through. I sculpt yes, but the statement is not my own. The statement is for the people, the African American people, the black people, and people who want to speak up against the tradition of injustice. That is why the slate is left blank,” Kwame Akoto-Bamfo shares about his vision for Blank Slate.

The Blank Slate statue will remain on display in Birmingham, Alabama until March 2022 when it is moved to a permanent location, determined by a multi-city bidding process.

For more information on the monument, tour dates and events, please visit blankslatemonument.com. 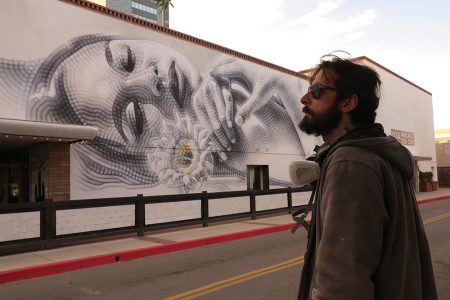 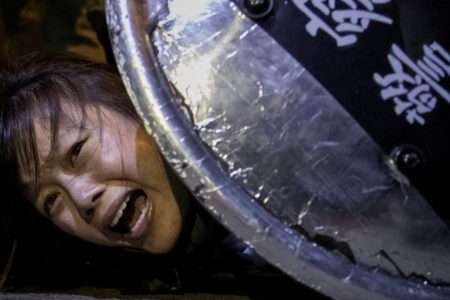 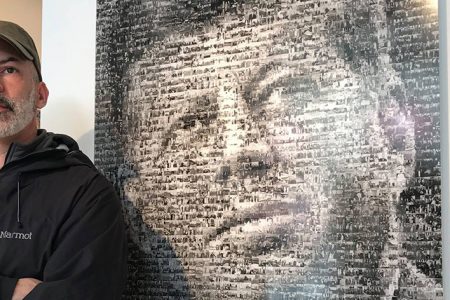 Artist Robert Silvers Makes the Jump From Print to NFTs