Enter Manon Bal, dancer. Talented, versatile, you would think the COVID19-induced quarantine slowed her momentum – but the opposite seems to be happening. She continues without pause to choreograph and practice with her own dance company and keeps on rehearsing with the many other groups and companies she is involved with. Rigorously online, of course.

In nature, water and fire don’t mix: you can’t see them co-exist in everyday life as a stable state without canceling each other out. But when Manon Bal dances, she changes those laws of nature and unapologetically combines these elements and makes them complementary: you see flames rolling like waves, you see incandescent water flow.

With a soul full of fire, her red hair exuding the burning passion she has for her art form, she moves like water, existing in all three states. Liquid: when she dances she flows like a river, with her extensive training in jazz, modern and ballet. Solid: when she dances she transforms into an ice sculpture, in that split-second right after her muscles contract, and right before they release, with her love for popping. Aeriform: when she dances she reminds you of mist, with her hand gestures finishing a movement, though the movement of her fingertips evanescently never really seems to end.

Mozaik Dance is the first company she co-founded, along with Janine “J9” Micheletti and Sun Kim, both acclaimed dancers with a long list of credits including dancing with Madonna, Sir Elton John, Cirque de Soleil and more. What started in 2018 with a three-minute dance video turned into a lifetime journey. The company, a collaboration of three unique women coming from very different backgrounds, aims to explore popping in an experimental format. They were brought together by the love for this street dance style, characterized by sudden tensing and releasing of the muscles to the rhythm of beats in music. Fusing it with House, Contemporary, and Hip-Hop they innovate, speak about the human condition, capitalize on their diverse backgrounds, and share their knowledge with each other and the world. Experience in full- length productions, choreographing transitions and spacing, and a strong contemporary background are among the things she brings to the table. “I love working with Manon, she is versatile, open and direct in her vision. I am constantly inspired by her ability to immerse herself in different dance styles and transform what she knows into her own voice. She is completely knowledgeable and adept in everything she does”, J9 says of her colleague. And Sun Kim adds: “She is such a strong dancer and versatile in so many dance styles. Her creativity and artistry are truly incredible to work with!”

Mozaik Dance had its debut at the Mark Morris Showcase in March 2019, presented a 30-minute piece at Jacob’s Pillow Inside/Out in August that same year, and a few months later was invited to the San Francisco Hip Hop DanceFest where they performed a number of shows and taught workshops based on their company’s style. They were scheduled to perform at the Choreographer’s Carnival Showcase this month and had a two-week engagement at the New Victory Theater this coming July, both in New York, both no longer a reality due to the pandemic. The trio embraces the indefinitely postponed performances as an opportunity for Zoom-based rehearsals to extend their 30-minute piece to an hour length show, adding new concepts and ideas. The important thing, Manon explains, is “to stay creative and grow together”.

Manon Bal lives and breathes continuous growth and creativity. Moving to New York has allowed her to connect with a variety of extraordinary dancers and choreographers – and talent attracts talent. She has contributed to, and performed with, several dance companies including J9 Dance, International Affair, PMT Dance Company, Ladies of Hip Hop Company and others. She has worked on stage and behind the camera in music videos and commercials as well. With Ephrat Asherie Dance she has toured across the US, opening the highly acclaimed Odeon show, which has received praise and reviews, both from renown media outlets including the NY Times, the New Yorker, the Chicago Tribune and the Boston Globe, among others, and peers in the dance community. The intensity and spirit of Bal’s performance are captivating, and don’t they say first impressions are the most important? Ephrat “Bounce” Asherie, 2016 Bessie Award Winner for Innovative Achievement in Dance, is full of praise when talking about Manon Bal: “She is the rare kind of artist who embodies both virtuosity and humanity in her dancing. She is a magnetic performer and an absolute joy to work within the studio”.

Standing out is not a novel experience for Manon. She was singled out by Rick Odums, who invited her to attend his Institut de Formation Professionelle de Danse Jazz Rick Odums in Paris in 2013. Though she had been training for eleven years in Marseille, her hometown, it was not until that moment that she thought of dance as a professional career. And upon making that life choice, she also chose to become a redhead, a perfect expression of her fiery and determined personality. And just like the fire, she has burned through many auditions that have defined her career and opened doors, standing out among hundreds of highly accomplished dancers. She was selected in Paris to attend the renowned The Ailey School in New York, and there the competitive audition process went no differently, as she caught the eye of Ms. Asherie, who personally asked her to be part of Ephrat Asherie Dance.

There is much to look forward to when looking out for this powerful artist: whatever project she becomes involved in, she seems to hit the ground running – or rather – dancing. Dancing like water on fire. 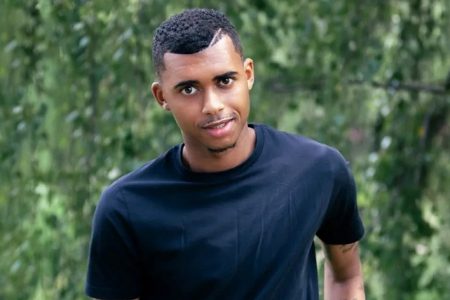 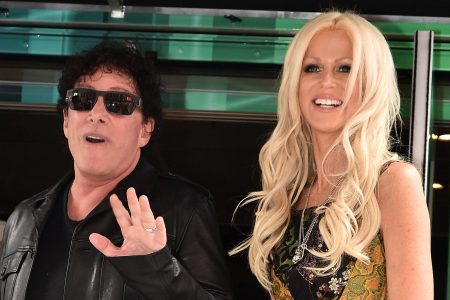