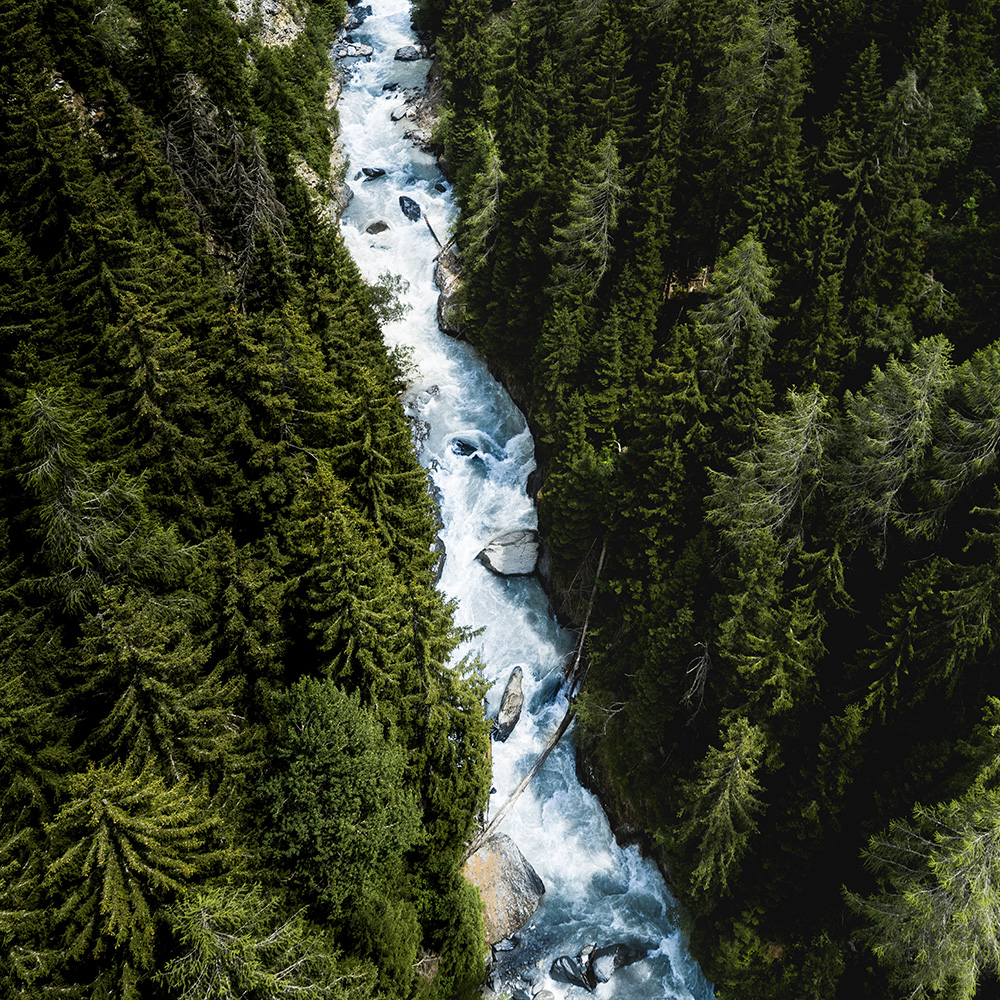 According to an EPFL study, if we take immediate measures to reduce CO2 emissions, we could limit the rise in the temperature of Swiss rivers to 1 degree Celsius between now and 2090 without drastically affecting their discharge. Inaction, on the other hand, would threaten ecosystems and jeopardize the country’s agriculture sector and electricity production.

“People tend to think that water is an unlimited resource in Switzerland,” says Adrien Michel, who recently completed his Ph.D. in environmental science and engineering at EPFL. “But by the end of this century, we may well have to choose between using our rivers to water our crops and damming them up in order to produce electricity.” Michel carried out his doctoral work at the Laboratory of Cryospheric Sciences (CRYOS) within EPFL’s School of Architecture, Civil and Environmental Engineering. After completing a retrospective study on the impact of global warming on Swiss rivers (EPFL News, 30 January 2020), Michel has now published a forward-looking study on the same topic in the journal Hydrology and Earth System Sciences. The new study, on which he is the lead author, was funded by the Swiss Federal Office for the Environment and selected as a highlight paper for the journal.

Michel’s research lays out three possible scenarios that depend on whether greenhouse gas emissions are low, moderate or high. In the most extreme scenario, in which we take no action, river temperatures in the summer can be expected to increase by 5.5°C in Alpine regions and by 4°C in Swiss Plateau catchments. At the same time, average river discharge could decrease by 30% in the mountains and 25% in lowland areas. Conversely, if CO2 emissions are reduced in line with the Paris Climate Accord, both Alpine and Swiss Plateau rivers would only be 1°C warmer at the end of the century, and discharge would decrease by 5% in mountain catchments while remaining nearly unchanged in the lowlands. In the low-emission scenario, nearly half of all remaining glaciers would be preserved, with retreat leveling off around 2050, whereas in the high-emission scenario they would all but disappear.

The study also showed that winter and summer extremes will be greater in Plateau regions under all three scenarios. In the winter, increased precipitation will bring about higher discharge. In the summer, more sporadic precipitation along with higher evaporation rates caused by rising temperatures will lead to a decrease in discharge. Michel relied on climate projections from MeteoSwiss and glacier melt data from ETH Zurich to model snow and discharge levels and river temperatures.

“We’ll surely be able to grow oranges in this part of the world,” says Michel. “But what about the rest of biodiversity?” This study is naturally based on how things stand today, while much about the end of the century remains unknown. What will happen to the agricultural and energy sectors? And to river flora and fauna, since rising temperatures hinder reproduction and increase the risk of disease in fish? How will we ensure adequate electricity production if discharge decreases drastically? And if Switzerland decides to build new nuclear power or other industrial plants, how will we keep them cool?

The need to act now

Rather than tackling questions about the future, Michel is calling for action now: “Our study of river discharge and temperatures shows, for one, that the impact of global warming is inevitable, and that we must begin making changes today, through energy and agriculture policies, for example. It’s also showing us that we can still save a part of our environmental heritage – but only if we act swiftly and aggressively.”