In the largest U.S. study of its kind to date, researchers at Children’s Hospital of Philadelphia (CHOP) and other PEDSnet sites report that of more than 135,000 pediatric patients tested for SARS-CoV-2 in pediatric health systems, 4% tested positive for the virus. However, the researchers also found patients from ethnic minorities, adolescents, patients with history of public insurance, and those with certain underlying medical conditions were more likely to test positive. More severe disease was seen in 7% of children with positive tests, with similar risk factors.

The data from children’s hospitals in PEDSnet paint a detailed picture of the pandemic’s evolution among children, permitting rapid assessment of regional changes as well as the impact of different diagnoses or treatments.

The findings were published today in JAMA Pediatrics.

“While the overall risk is low in this group of children, we see significant disparities in those who are testing positive and developing severe disease, which follows what we see in adults,” said Hanieh Razzaghi, MPH, Assistant Director of the PEDSnet Data Coordinating Center at CHOP and co-first author of the paper. “Future studies need to evaluate to what extent the higher rate of positive test results reflects different testing strategies across patient groups, as well as different social determinants of risk, like exposure to air pollution and likelihood of family continuing to work at in-person essential jobs. Similarly, it is important to understand differences in the biology of infection that cause different rates of symptoms between patients, so we can best protect children at higher risk.” 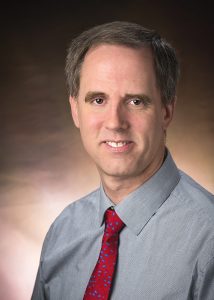 In collaboration with six other large children’s health systems through PEDSnet, a national pediatric health network comprising over 7 million patients, the researchers examined electronic health records from 135,794 pediatric patients who had been tested for SARS-CoV-2 up to September 8, 2020. Of those tested, 5,374 (4.0%) were positive for the virus.

Of the 5,374 patients who tested positive, 359 (6.7%) developed severe illness that required hospitalization with respiratory, cardiovascular, or COVID-19-specific symptoms. Of those, 27.6% required intensive care and 9.2% required mechanical ventilation. Overall, 8 patients who tested positive died, resulting in a case fatality rate of 0.15%. This was strongly associated with having multiple complex preexisting conditions in the health system.

The researchers found that patients with Black race/ethnicity, age of less than a year or greater than 12 years, and history of public insurance were one and a half to three times more likely to develop severe disease. Patients with a progressive long-term medical condition were nearly six times as likely.

Because the researchers derived the data from electronic medical records, looking for patients who had been tested for SARS-CoV-2 at PEDSnet centers, the patients in the study were limited to those whom participating centers chose to test, whether the patients were symptomatic or needed screening before an inpatient admission or procedure. Thus, the study did not include a random sampling of pediatric patients. However, the researchers noted this limitation was balanced in part by examining both testing rates overall as well as rates of positivity.

“For most pediatric patients, the risk for SARS-CoV-2 infection appears low in this setting,” said Charles Bailey, MD, an academic investigator in clinical informatics at CHOP and co-first author of the paper. “However, we need to be careful to interpret this in light of how we deploy testing resources, and to target that testing to where it provides the greatest benefit. We are also learning that children with some, but not all, chronic conditions are more likely to have positive tests. For example, we see this affect among children with diabetes, but not among children with asthma. We have to do more work in both traditional medical research paradigms and in rapid, collaborative science to learn why these differences exist so that we can provide better care for all pediatric patients.”