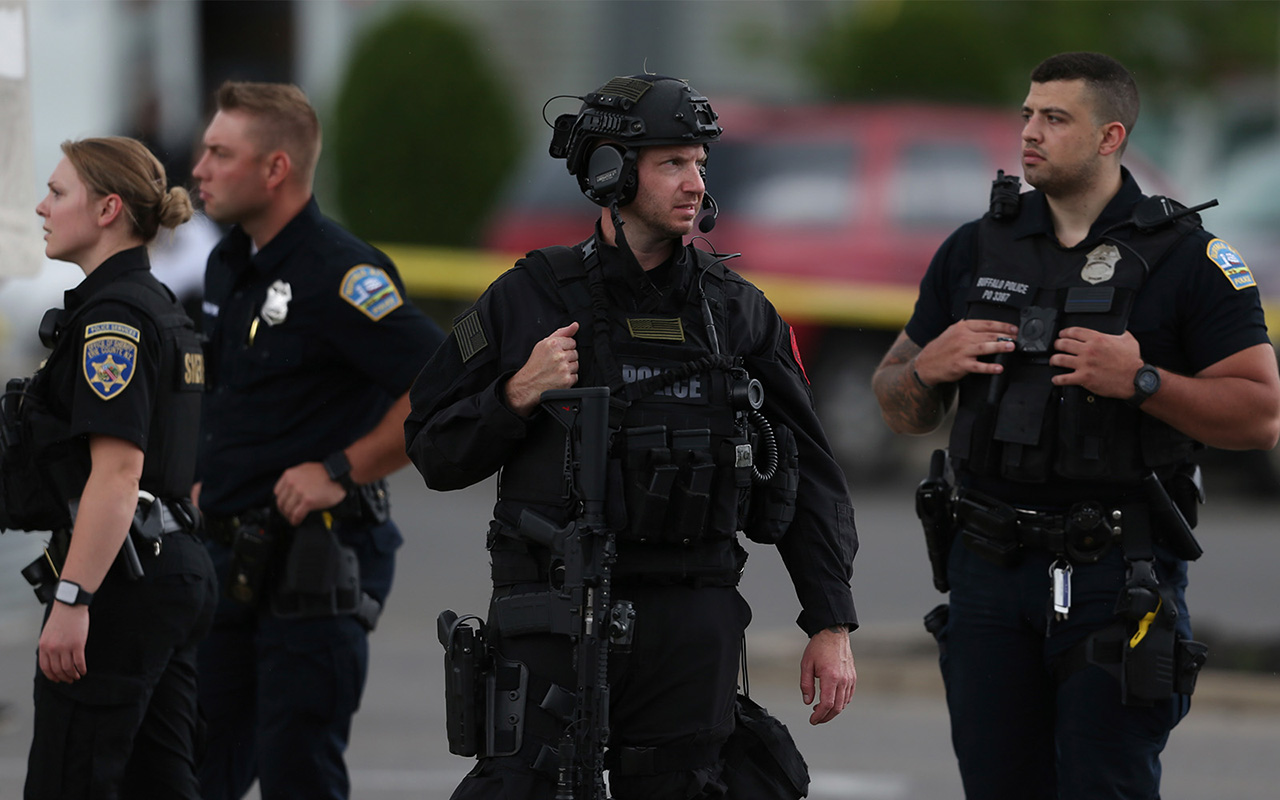 Police walk along the perimeter of the scene after a shooting at a supermarket in Buffalo, New York, May 14, 2022. © Joshua Bessex

Below is a statement by Tom Cochran, CEO and Executive Director of the U.S. Conference of Mayors, on mass shooting in Buffalo:

“Once again America’s mayors are shocked and devastated by a mass shooting — this time at a Buffalo supermarket in which a heavily armed gunman wearing tactical gear killed 10 people and wounded three others while livestreaming the event. The FBI is investigating it as a hate crime racially motivated by violent extremism.

“Buffalo Mayor Byron Brown said this shouldn’t happen anywhere in our country and he is right. America’s mayors stand with him, with the police officers who quickly responded, and with the entire Buffalo community at this difficult time. They are going through something that is all too common in the United States. It should be possible to shop for groceries in safety on a Saturday, or on any other day.

“Mayors are doing everything they can in their cities to keep their residents safe, to prevent gun violence from happening in the first place. But this is a national problem. How many times must this tragedy repeat itself before Congress acts to reduce gun violence in our nation? Bipartisan gun safety legislation that could help to prevent such shootings has been passed in the House of Representatives and is pending in the Senate. The Senate must take up this legislation and pass it now.”