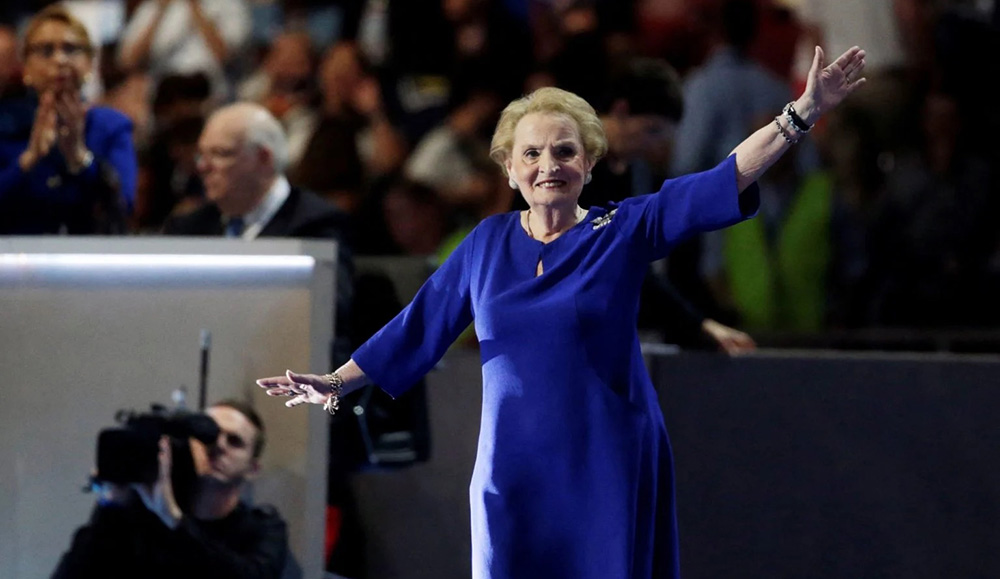 The Department of Defense stands together in mourning the passing of former Secretary of State Madeleine Albright. She was a titan, a pioneer, and an eloquent and effective champion of American diplomacy and global leadership. I was proud to call her a colleague and a friend.

Secretary Albright had a profound respect for the men and women who serve in the U.S. military, and throughout her distinguished career as a scholar and public servant, she understood the credibility and power that the American military puts behind American diplomacy. She admired service members for their eagerness to stand up for freedom, democracy, and American values—the causes that she fought for and embodied throughout her historic, path-blazing career.

America’s first woman Secretary of State famously called the United States the “indispensable nation,” and she always understood the importance of American leadership. Secretary Albright was a proud daughter of Central Europe, from a family that fled first the horrors of World War II and then the terrors of Stalinism. It is not lost on me that I learned of her passing while traveling with President Biden to Europe to bolster NATO’s Eastern Flank against aggression. Just days before Putin started his war of choice against Ukraine, Secretary Albright wrote of the need to come together to defend “a world governed by the rule of law,” rather than “one answerable to no rules at all.”

Secretary Albright dedicated her life to strengthening a rules-based international system that would uphold human rights, defend democracy, and prevent and halt atrocities against civilians. As U.S. Ambassador to the United Nations and Secretary of State, she reinforced America’s alliances, advocated for America’s highest ideals, and staunchly supported U.S. military interventions to save innocents from ethnic cleansing in Bosnia and Kosovo.

Last year, I asked Secretary Albright to chair this Department’s Defense Policy Board because I wanted unflinching counsel from someone with deep insights into the global moment that we face. In November 2021, Secretary Albright was sworn in as the Board’s chair. I was honored and moved by her willingness to serve yet again and grateful for her expertise, humor, and wisdom.

Madeleine Albright’s lifetime of service will shine bright as an inspiration for all who believe that American values must be central to American statecraft. On behalf of the Department of Defense, I send deepest condolences to Secretary Albright’s family and loved ones.