Success is an incredibly nebulous concept. Everybody knows what success traditionally looks like – lots of money, fast cars, tailored suits – but the path to this success is not as clear. Many have tried to illuminate what exactly makes a person successful, but the topic is still hotly debated. Of course, there are some commonly touted tenets that successful people are said to have, like high intelligence, the ability to work with a team, and so on, but it’s difficult to determine the exact principles that make one prosperous.

Many believe that it’s impossible to be incredibly successful while still caring for those around you. It’s easy to see why, when so many CEOs seem callous and uncaring for the plight of ordinary people, but this doesn’t need to be the case. One rising face in business, an up-and-coming entrepreneur named Johnwick Nathan, is trying to buck this trend.

He believes that not only can success and empathy coexist, but empathy is integral to success. This kind of “soulful success,” as he describes it in his upcoming book 12 Principles of Soulful Success, is based on a set of tenets that are not just explicitly definable, but learnable too. 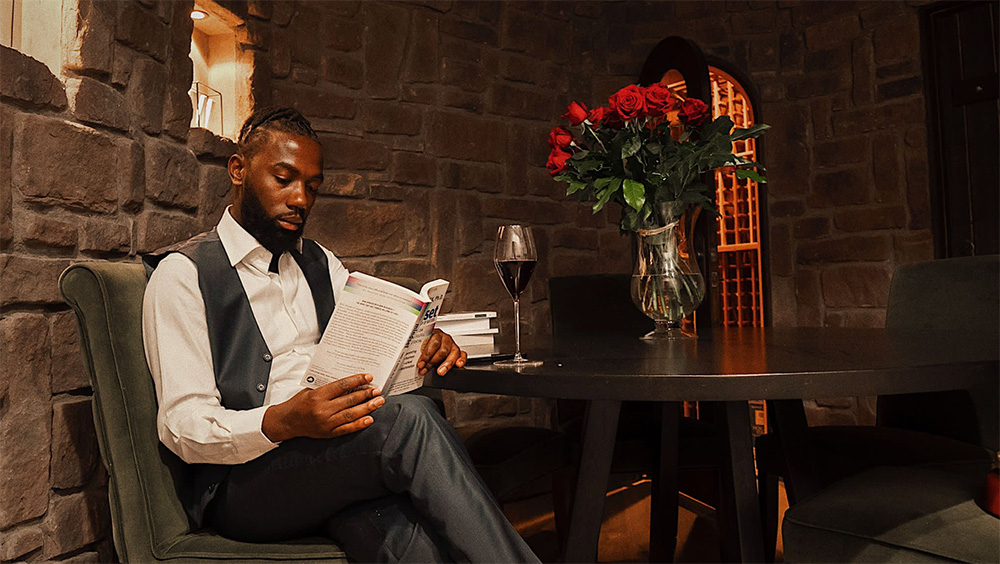 The Principles of Soulful Success

Johnwick Nathan knows a lot about the soul. After moving to America from Haiti with his mother and five siblings in 1997, Nathan was deeply involved with his local church. Through a volunteer organization called Operation Unite New York, he started playing in a drumline, dancing, and playing the piano, which sparked a passion for music that would stick with him throughout his life. He started playing the keyboard at his local church when he was just 10 years old.

He’s moved around a lot throughout his life, from Hudson to Connecticut to live with his sister, from Connecticut to Indiana to study at the Indiana Bible College, and now he lives in Arizona, where he went to college for music engineering. He has played music in churches throughout these locations – his love for music and for his religion are some of the driving factors in his life. The community that stems naturally from the church is also incredibly valuable to Nathan.

His humble beginnings and early successes are what stem some of the most important principles of the set. The mindset principle states that if you believe in what you can achieve, you can achieve what you believe, and the endurance principle states that you must “cultivate the mindset of a marathoner—for the true athlete, the last mile is as essential as the first.” These two principles would be vital for Nathan throughout his life, as he endured many hardships on his path to success.

He went to Indiana Bible College but had to drop out after a year due to financial difficulties. At the time, he had made it his mission to become a renowned keyboardist, and with the endurance principle in mind, he wouldn’t give up. Back in Connecticut, he started a gospel music group called Arise with his sister. They released two EPs, and toured churches around the country, performing their music. He then moved to Arizona to attend CRAS recording school. It was here in Arizona, that Nathan discovered a new and entirely unexpected passion. 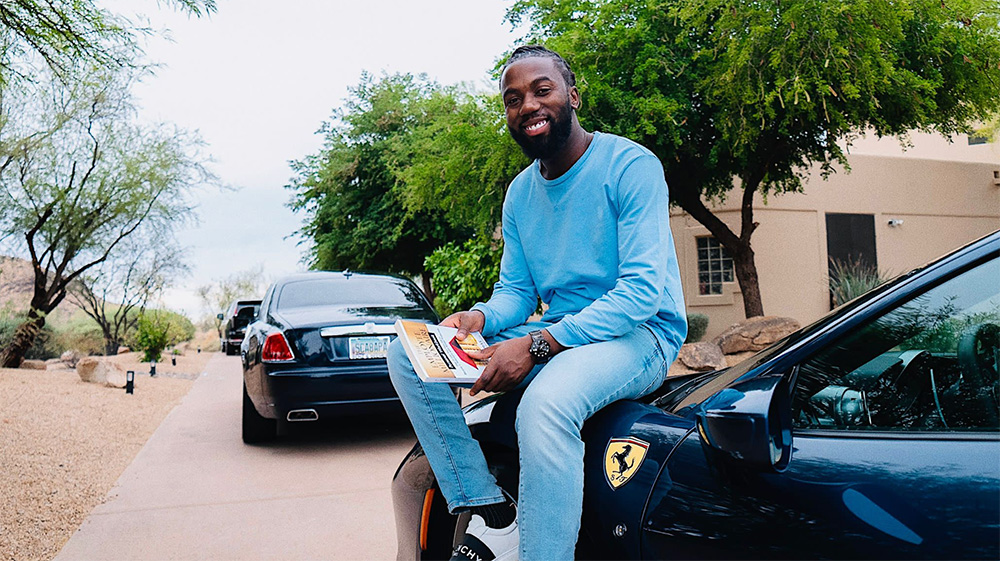 While attending classes, he started working as a behavioral health technician at a local group home. This turned out to be the most fulfilling work Nathan had ever done. “To be able to see a person change; that’s like watching a child be raised. When you have a child and he or she grows up and you’re like ‘man, I really did a great job,’” said Nathan. Having found a new passion, once he graduated with his music engineering degree, he dedicated himself to helping struggling people get out of the worst times in their lives.

This dedication led Nathan to find his own group home, and it also leads to a new guiding principle for soulful success. The Servant’s Mindset Principle states that you must keep the needs of others in the forefront of your thinking – “their wellbeing is at the heart of your soulful success.” This principle has guided Nathan throughout every one of his business ventures, since this very first group home. Since then, his residential recovery program has expanded to six group homes, and he has moved onto even greater ventures.

In 2020, Nathan founded Harbor Health Integrated Care (HHIC), a healthcare company that focused on mental health and counseling services. HHIC helps struggling people get back on track in a variety of ways, from behavioral health group homes to its outpatient psychiatric clinic. HHIC largely serves the Native American population in Arizona, a fact that Nathan recites proudly. He receives clients by referral from hospitals, parole offices, and native reservations, and the empathetic care for these patients is what motivates Nathan’s decision-making.

All of the expansions of Nathan’s businesses have been based on the Servant’s Mindset – trying to provide his clients with as many quality services as he can. The increase in his success has been a result of the increase in support for his clients. His latest project, Guillet Industries, also came from this mindset. Guillet industries is a Community Developments and Financial services company. It covers construction and real estate, as well as mortgage and loan services.

Guillet is integrated with HHIC, to give outgoing patients an opportunity to live independently and contribute back to their communities. These interconnected businesses are dedicated to supporting local communities as much as possible. Everything is built with a loving attitude – which is the final and primary principle in Nathan’s set of tenets. 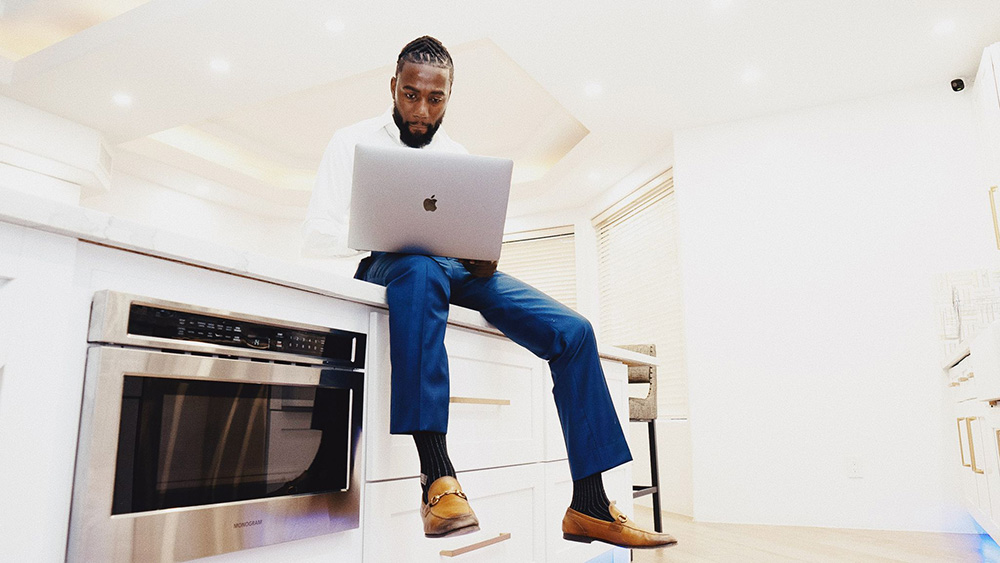 Love is incredibly vital to Nathan, not just as an emotion, but also as an intention. According to Nathan, carrying a loving attitude into all of your business ventures encourages not just your own success, but the success of those around you. “Let me ask you a question. Would you hurt someone or something that you love? The answer would be no. With a happy and loving approach, you are able to see the good in things. You establish value right from the beginning,” said Nathan, describing this principle.

These principles and more are illuminated in Johnwick’s upcoming book, which he hopes will help people achieve the same success he has seen. His ultimate goal is to impact the world in a positive way, and he believes that his book can reconnect people with the American Dream.