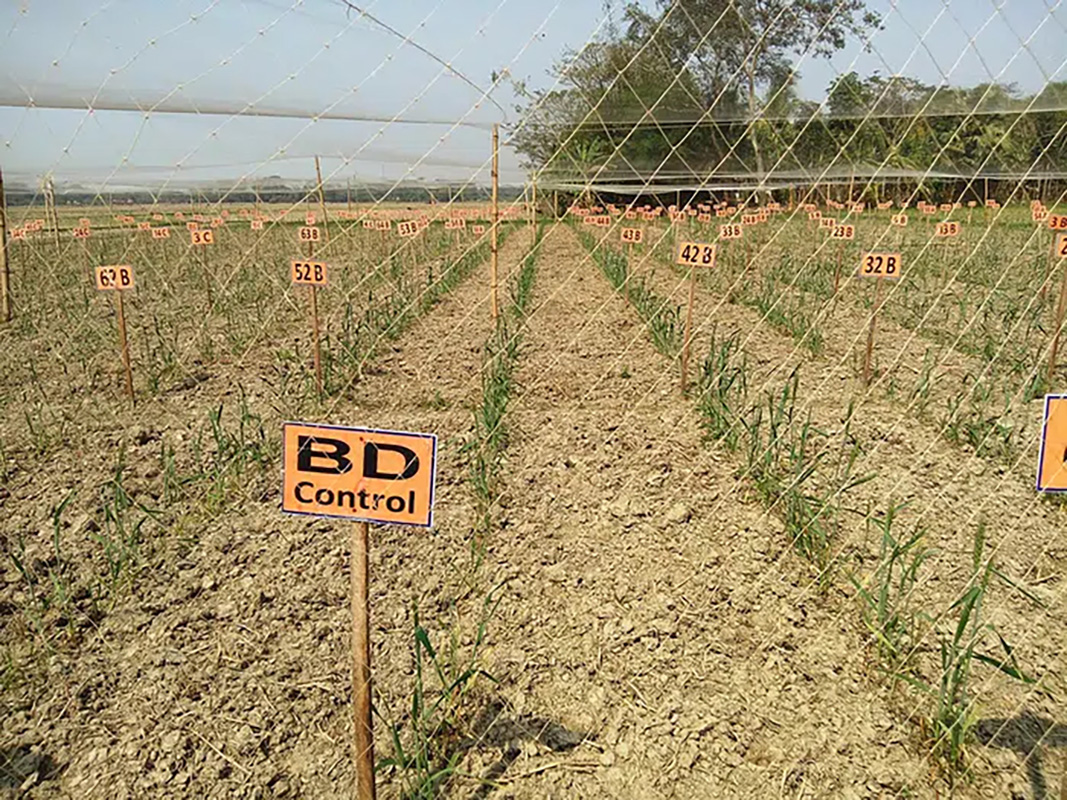 Researchers at the University of Gothenburg have developed several new varieties of wheat that tolerate soils with higher salt concentrations. After having mutated a wheat variety from Bangladesh, they now have wheat with seeds that weigh three times more and that germinate almost twice as often as the original variety.

The wheat, which grows in fields near the coast in Bangladesh, has a certain tolerance to salt in soils, which is important when more and more farmland around the world is being exposed to saltwater.

By mutating the wheat seeds from these coastal fields, researchers at the University of Gothenburg were able to develop approximately 2,000 lines of wheat. The 35 lines that germinated the best at a different field and lab experiments were planted in an automated greenhouse in Australia, where different saline concentrations were applied to the plants that were then weighed. They were photographed each day until the wheat had formed its ears.

The findings were striking.

“We developed wheat lines where the average weight of the seeds was three times higher, and that germinated more often than the original wheat from Bangladesh,” says Johanna Lethin, a doctoral student at the Department of Biological and Environmental Sciences at the University of Gothenburg.

Using DNA analyses and studies of other research, the team was also able to identify what genes control salt tolerance in the wheat plant.

“This is a milestone in our research. Now we have a couple of genes we know are involved in salt tolerance. The next step is to test if these genes are also in our best wheat varieties that we have mutated into existence.”

The Earth’s population is growing, and in 2050, there will be 10 billion people on the planet who all need to be fed. At the same time, climate changes are causing the Earth’s arable land to dry up and other areas to be flooded by rising seas. All of this increases interest in a crop that can tolerate salt in the soil.

“It is incredibly important to try to develop a salt-tolerant variety with good yields. Currently, we are losing approximately 2,000 hectares a day to rising seas and improper irrigation methods that increase soil salinization.”

Some experiments remain to do, but the potential in this discovery is global. Today, about 8 percent of the world’s arable land is no longer usable for crops because of salt contamination, and more than half of the world’s countries are affected. In Egypt, Kenya, and Argentina, wheat cannot be grown in large areas, and even low-lying areas of Europe, like the Netherlands, have these problems. Even in those parts of Asia where rice is currently the dominant crop, salt-tolerant wheat will become an important part of the future food supply since wheat farming requires much less water than rice.

“The next stage is to plant the salt-tolerant varieties in fields in Bangladesh. I would estimate that it will take about five years before we can have commercial production of salt-tolerant wheat, depending on how the field tests go.”

This research does not use the sometimes highly criticized method of gene modification (GMO). In GMOs, a gene from one plant (such as a plant that can resist fungus) is placed in another plant, such as wheat, so that farmers can avoid using excess insecticides. Instead, the researchers have made targeted mutations in the seeds using a chemical. In this way, nothing is placed in the plant, and all mutations could potentially have happened naturally.