Home / People and Culture / Renewal of the National Bonsai and Penjing Museum at the U.S. National Arboretum

Reed Hilderbrand and Trahan Architects are pleased to announce that the U.S. Commission of Fine Arts has approved a new Concept Design for the National Bonsai and Penjing Museum at the U.S. National Arboretum.

The design recognizes the extensive collection of the National Bonsai & Penjing Museum, which includes some of the finest trees and viewing stones from across the globe, and has been voted “Best Place to Take an Out-of-Towner” in Washington City Paper’s Best of D.C. poll for three consecutive years. Located within the U.S. National Arboretum’s Core, the museum is conceived as an immersive and cohesive garden experience, intended to evoke awe and wonder while also drawing connections to the larger Arboretum landscape. Funded through a gift to the National Bonsai Foundation (NBF), which provides financial support to the Museum, this Concept Design organizes the Museum’s program around a central court which orients the visitor to a network of paths that lead to the four exhibitions, expanded classroom, and administrative services. The exhibitions, conceived as gardens rather than buildings, blur their boundaries with the larger, surrounding garden to offer continuing revelation of surprise and discovery.

The design of the Bonsai and Penjing Museum establishes a pervasive grove of understory trees as the principal image and identity of the Museum. Mixed species surround and frame the various exhibitions and the central court. The architecture is restrained and practical, deferring to the power of the bonsai. Garden walls organize a meandering path through the display and make available multiple orientations for the bonsai — an elegant, neutral backdrop that allows generous air circulation to mitigate heat. Charred wood posts and trellises rise above the exhibitions to filter light and shape a sense of enclosure. Built of durable, simple materials, the pavilions read as a unified family of structures while framing subtle cultural differences of the bonsai and penjing within.

“The stunning design that Reed Hilderbrand and Trahan Architects have presented, made possible by a generous gift to the National Bonsai Foundation, are a stimulating first step in the development of a master plan for the National Bonsai & Penjing Museum,” said NBF Board Chair James Hughes. “NBF is proud and pleased to be assisting in the revitalization of the world’s first public bonsai museum and looks forward to working with the U.S. National Arboretum on the next steps of this project.” 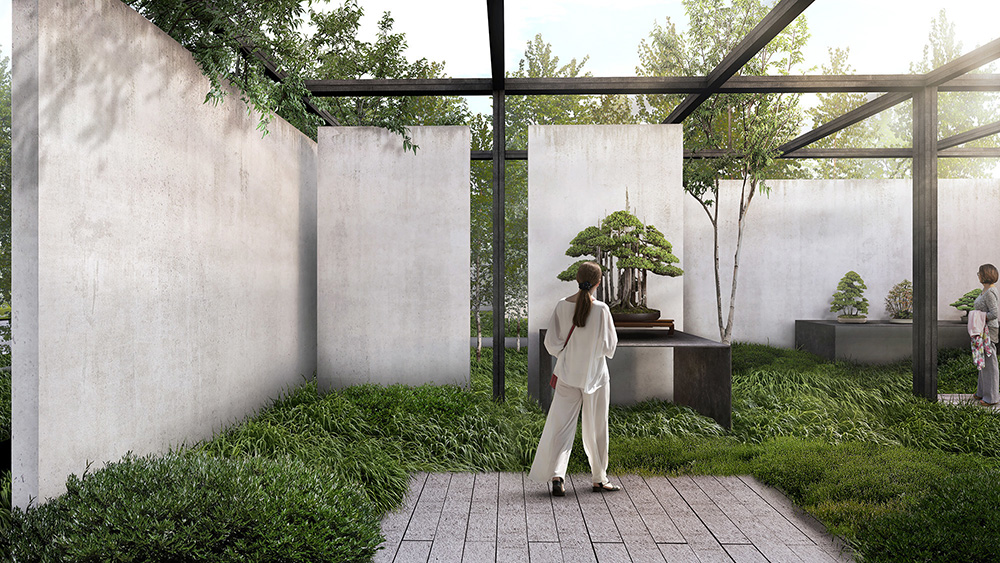 The National Bonsai and Penjing Museum is the first project within Reed Hilderbrand’s Master Plan Update for the U.S. National Arboretum’s core, which the U.S. Commission of Fine Arts also approved during Summer 2020. The core landscape is a 109-acre site that includes the memorable Ellipse Meadow and stretches from the former M Street Gate to Hickey Lane. Reed Hilderbrand’s work also addresses the larger landscape of the U.S. National Arboretum, namely by identifying those landscape systems and character-defining features that descend from its history as a farm in the nineteenth century and earlier, to decades of development as a renowned scientific research facility focused on agriculture after its founding in 1927. The Update also evaluates sustainability, accessibility, and safety within the site while also seeking to reduce impervious surfaces across the National Arboretum.

Douglas Reed, FASLA, RAAR, founding principal of Reed Hilderbrand, said of the project: “The legacy of global cultural exchange through horticulture takes on an important meaning today in Washington. We have sought to elevate a world-class collection, making it more accessible, where visitors can make a powerful connection between a bonsai beech tree in the Museum and its full grown expression in the National Arboretum woods.”

Trey Trahan, FAIA, architect for the Bonsai and Penjing Museum and founding principal of Trahan Architects, said: “It’s about deferring to the power of the Bonsai & Penjing. The architectural expression is subtle — composed of elemental components that respond to the unique environmental conditions of the site. We wanted the visitor to embark upon a journey that created a sense of mystery, where the boundaries between the landscape and the architecture are blurred, inviting people to reflect upon these unique cultural artifacts within a lush garden setting.”

Elizabeth K. Meyer, FASLA, Vice Chairman of the U.S. Commission of Fine Arts, said in the hearing: “I want to underscore what I really appreciate about the new site plan. One is the clarity of the spatial sequence, the degree to which courtyards and gardens build rooms and thresholds as a coherent sequence. The second is that it’s really rare that we get a design team that isn’t thinking about the building on one drawing and the landscape on another drawing. We just don’t get this kind of collaboration.”

Dr. Richard T. Olsen, Director of the U.S. National Arboretum, said: “The new concept embraces the art and horticulture of bonsai and penjing It also creates an experience for the visitor and an environment that ensures a long life for these living artworks in the heart of DC. The design elevates the National Bonsai & Penjing Museum to the world class experience befitting the collection, which includes priceless State gifts of trees and viewing stones.”

Howard University Receives $1 Million Gift From Heather and Jim Murren to Launch the Center for Women, Gender and Global Leadership 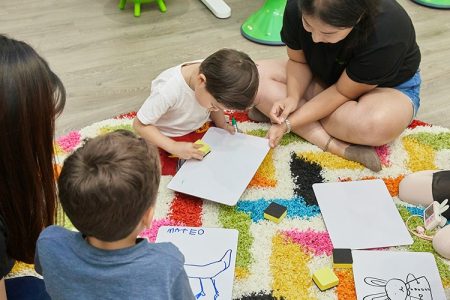 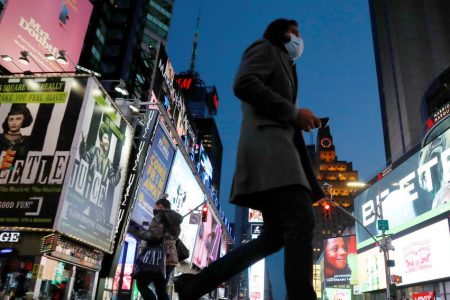 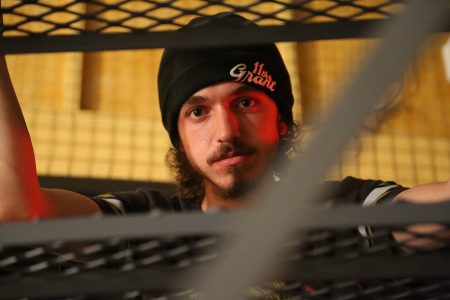 Omar Parker: Producing From a Prodigy