The median home-sale price increased 17% year over year to $335,613—an all-time high—according to a new report from Redfin (redfin.com), the technology-powered real estate brokerage. However, year-over-year comparisons may more reflect the fact that this time last year, stay-at-home-orders halted both home-buying and selling activity. They don’t necessarily reflect how the housing market has changed over the past year.

Below are other key housing market takeaways for more than 400 U.S. metro areas during the 4-week period ending March 28.

“Some homebuyers have reached their limit on bidding wars and soaring prices,” said Redfin Chief Economist Daryl Fairweather. “Add to the mix a dwindling number of homes for sale and rising mortgage rates, and the typical family that is still searching for an affordable house may have missed the boat. First-time homebuyers who were already stretching their budgets will have to make bigger compromises on size and location or resign to renting for another year. However, those who are flexible should look to the condo market where there’s still a bit less competition. Looking ahead, Biden’s infrastructure plan aims to incentivize zoning for multifamily homes, which could increase the supply of affordable homes and provide even more people a path to homeownership, but there is no guarantee the incentives would be enough for local governments to change their zoning practices.” 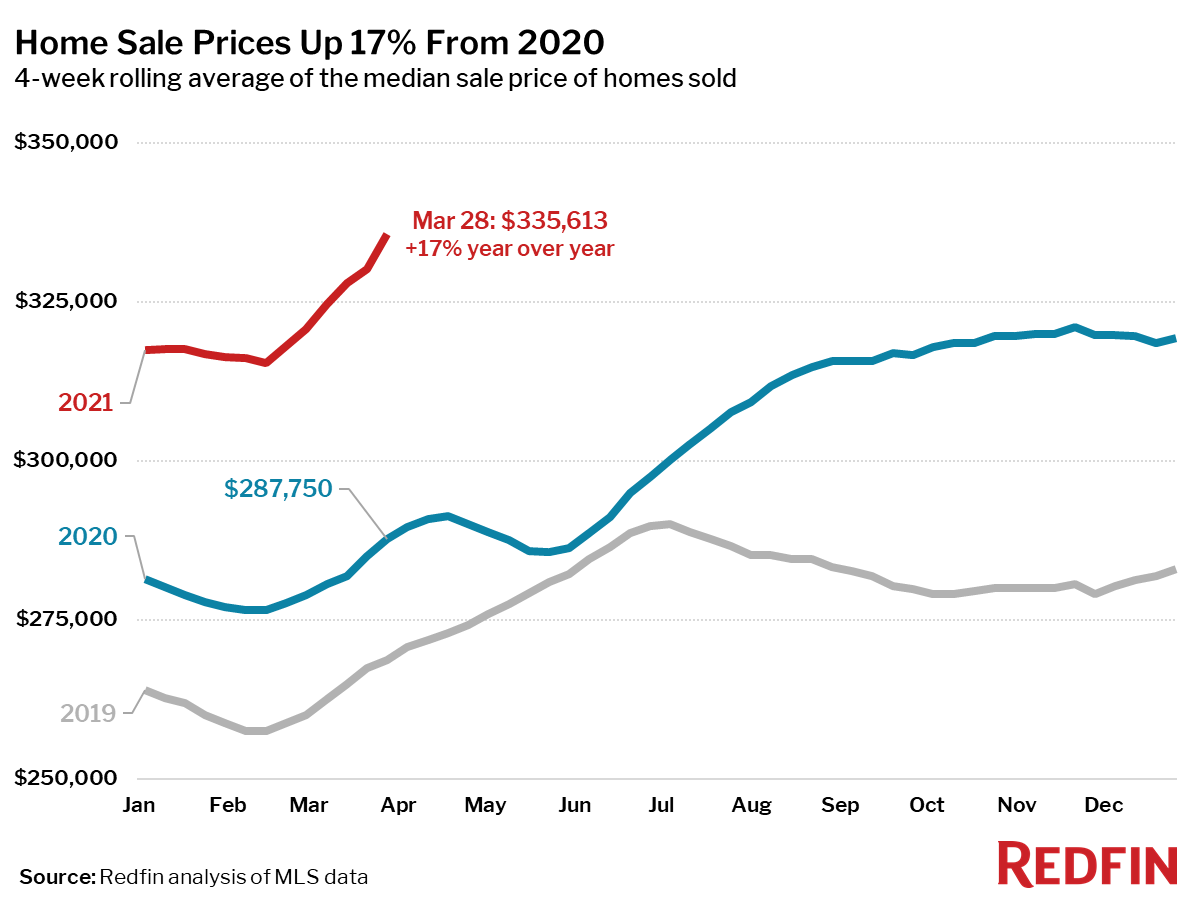 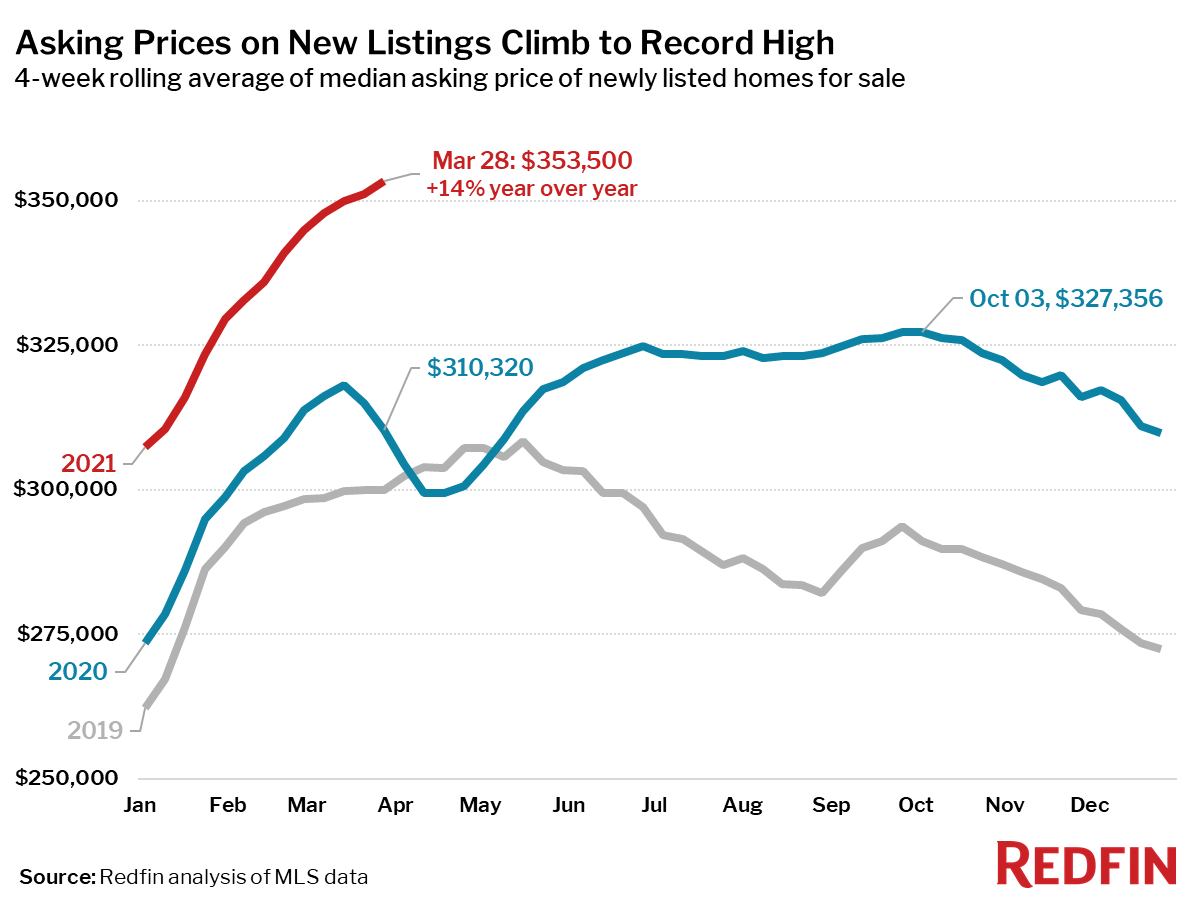 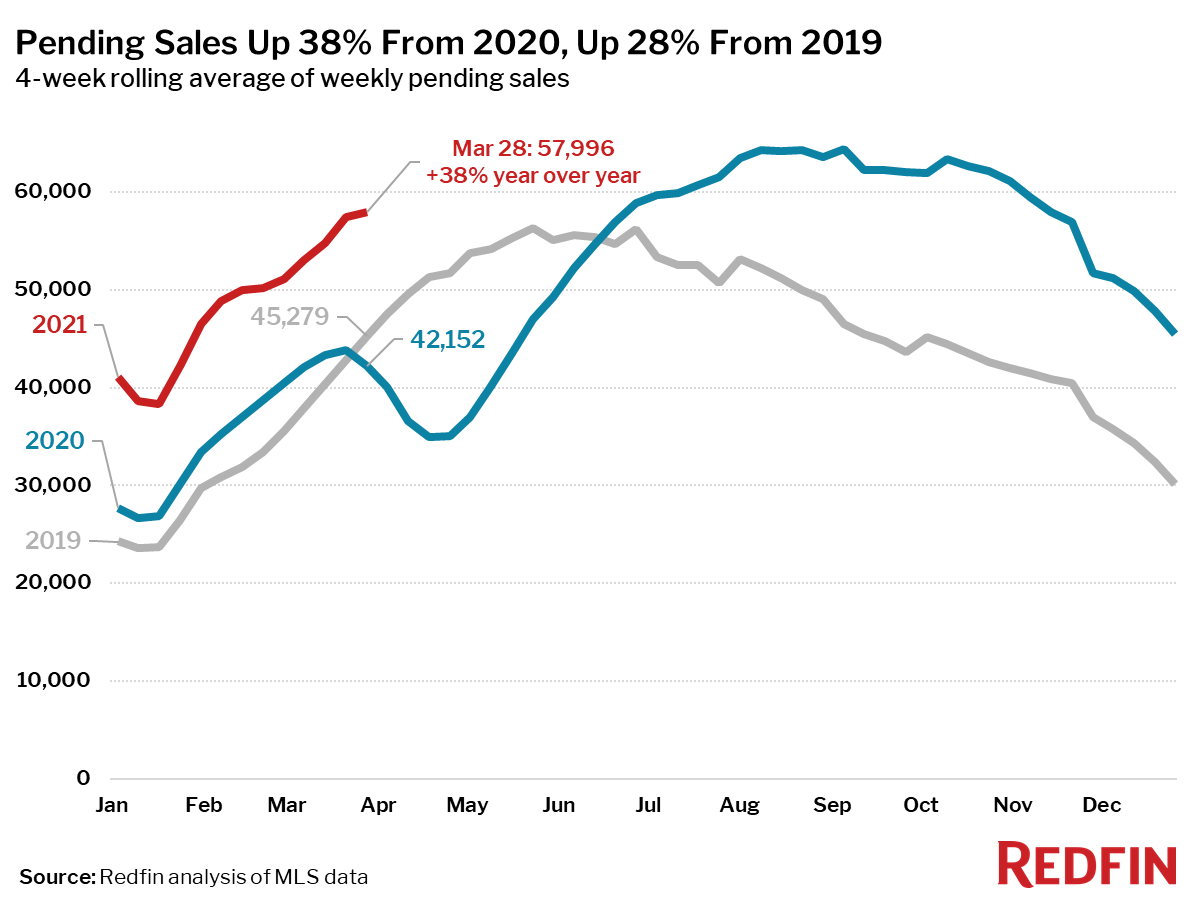 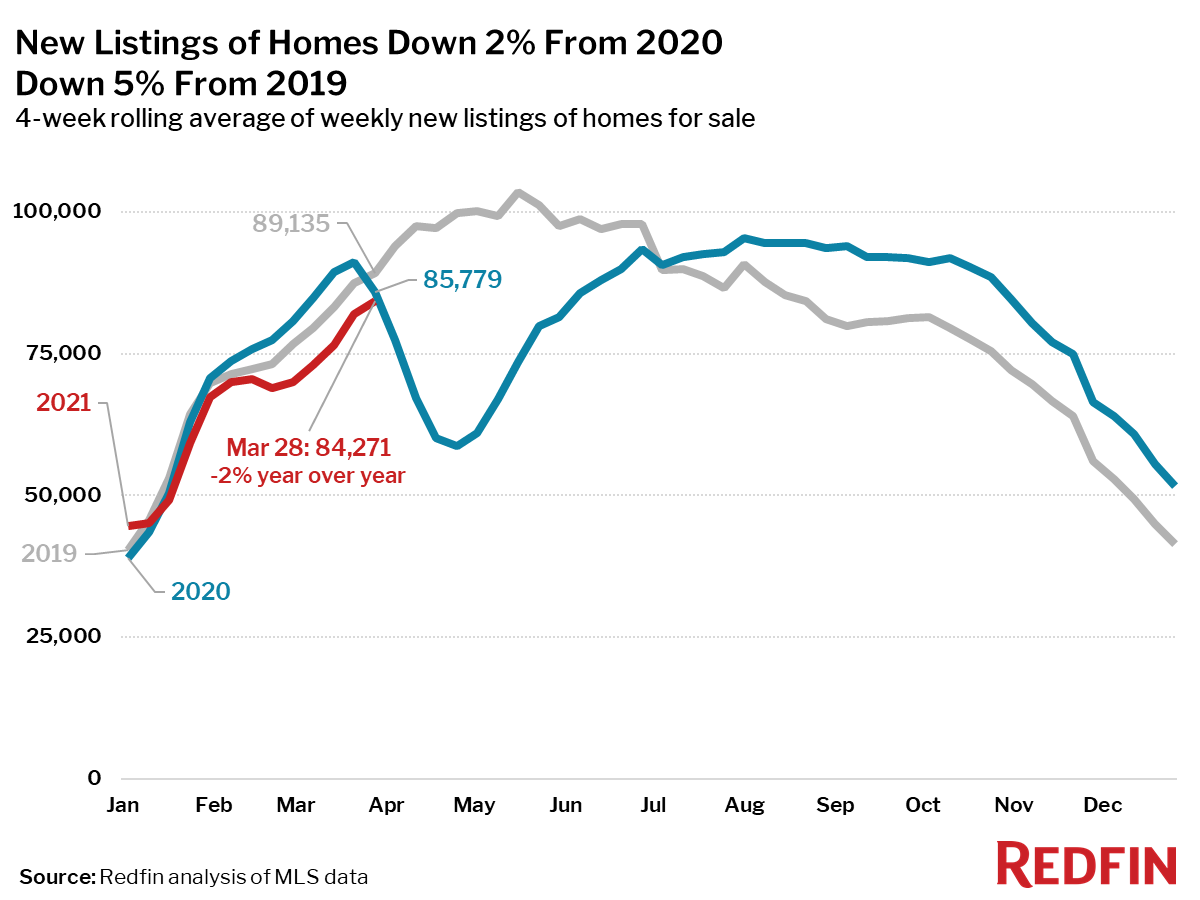 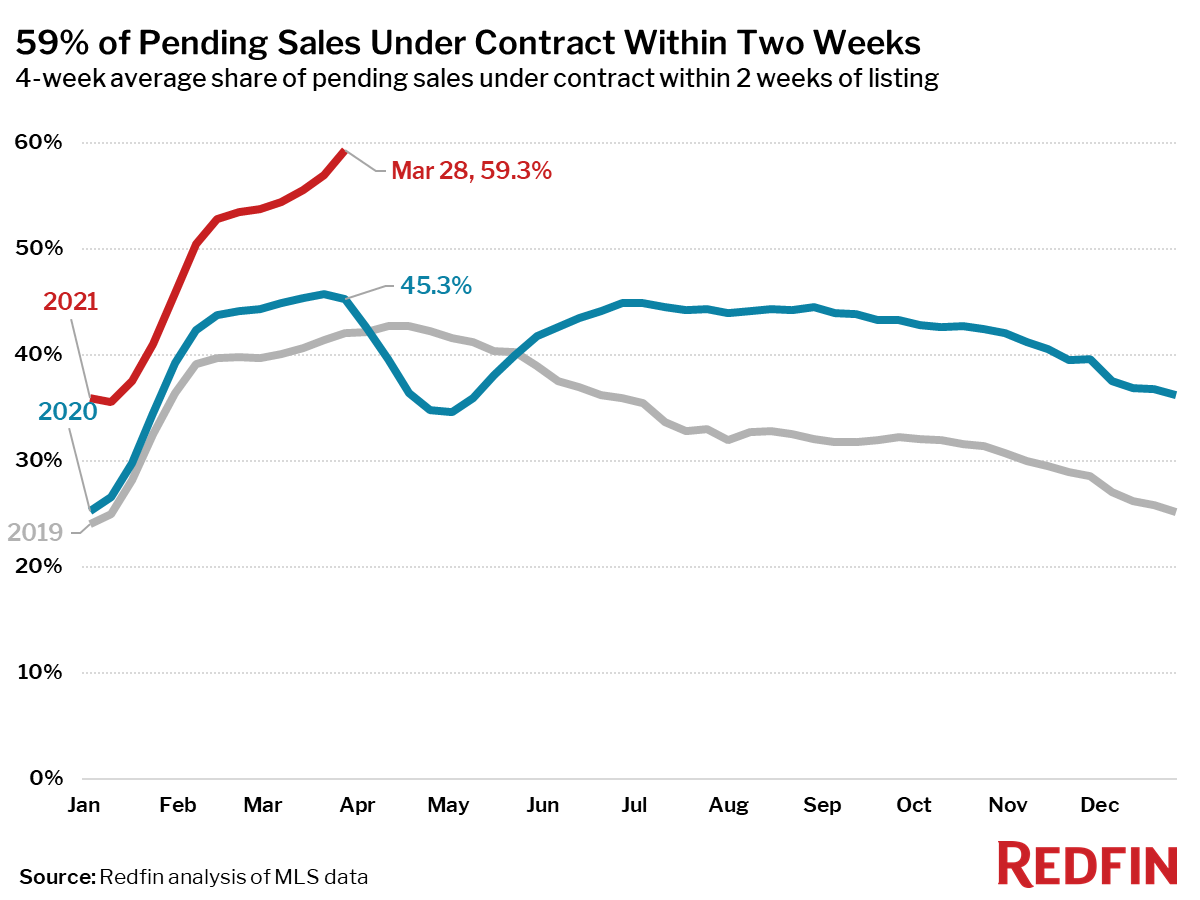 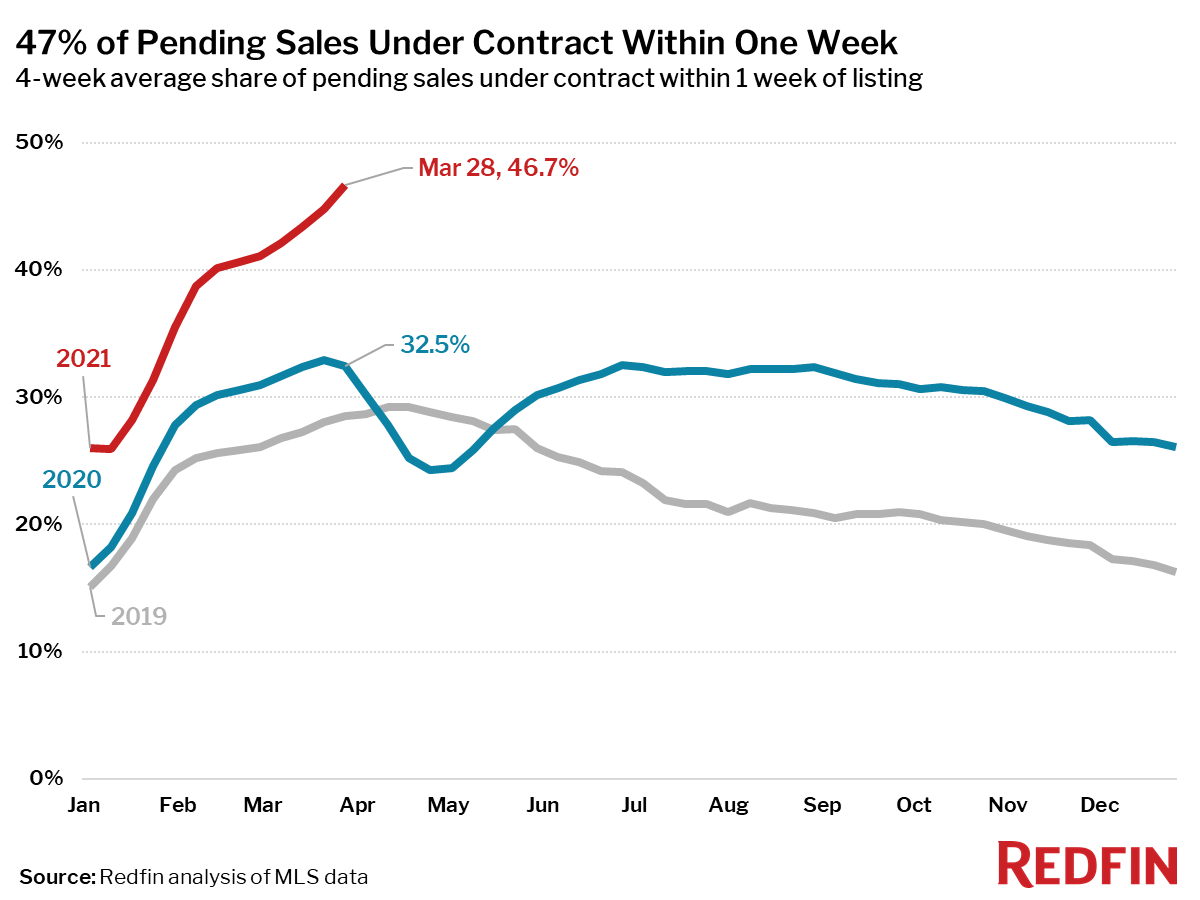 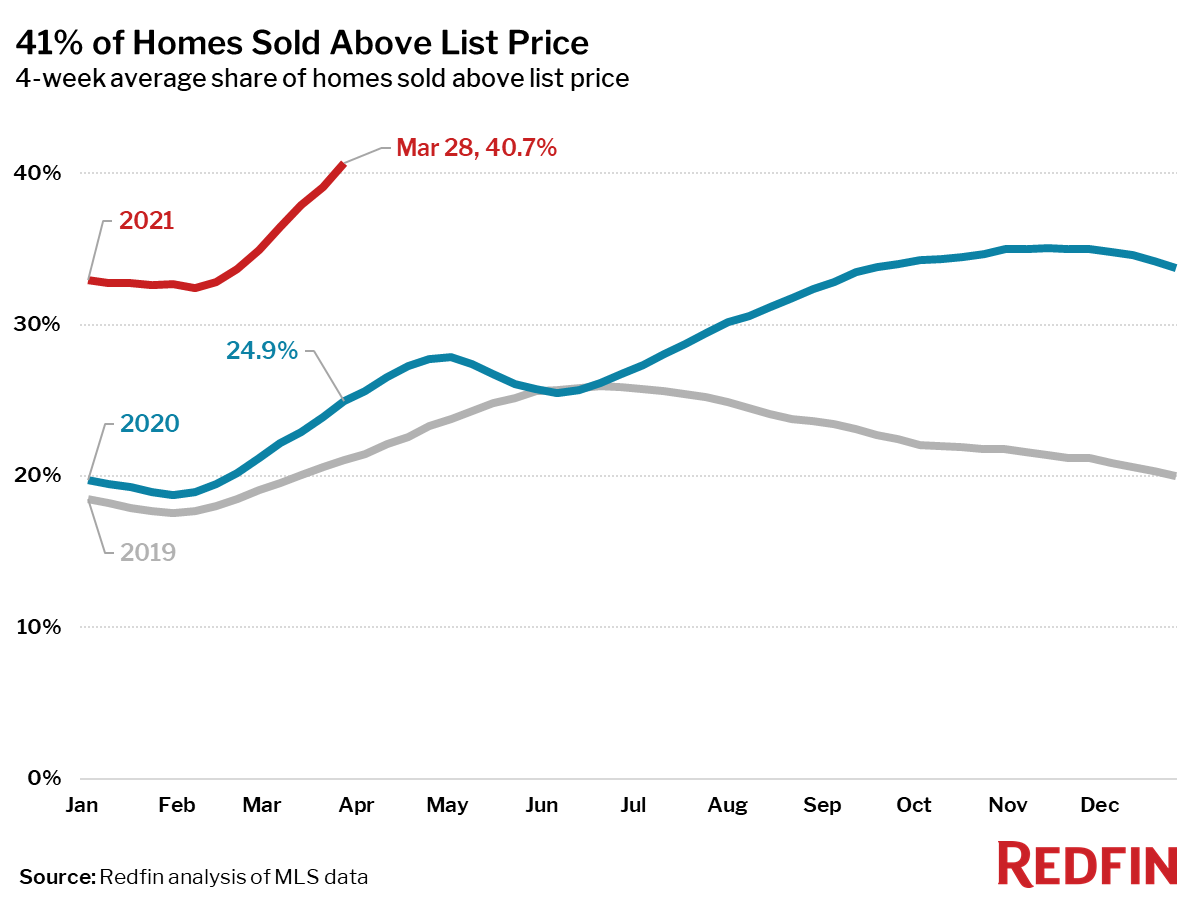 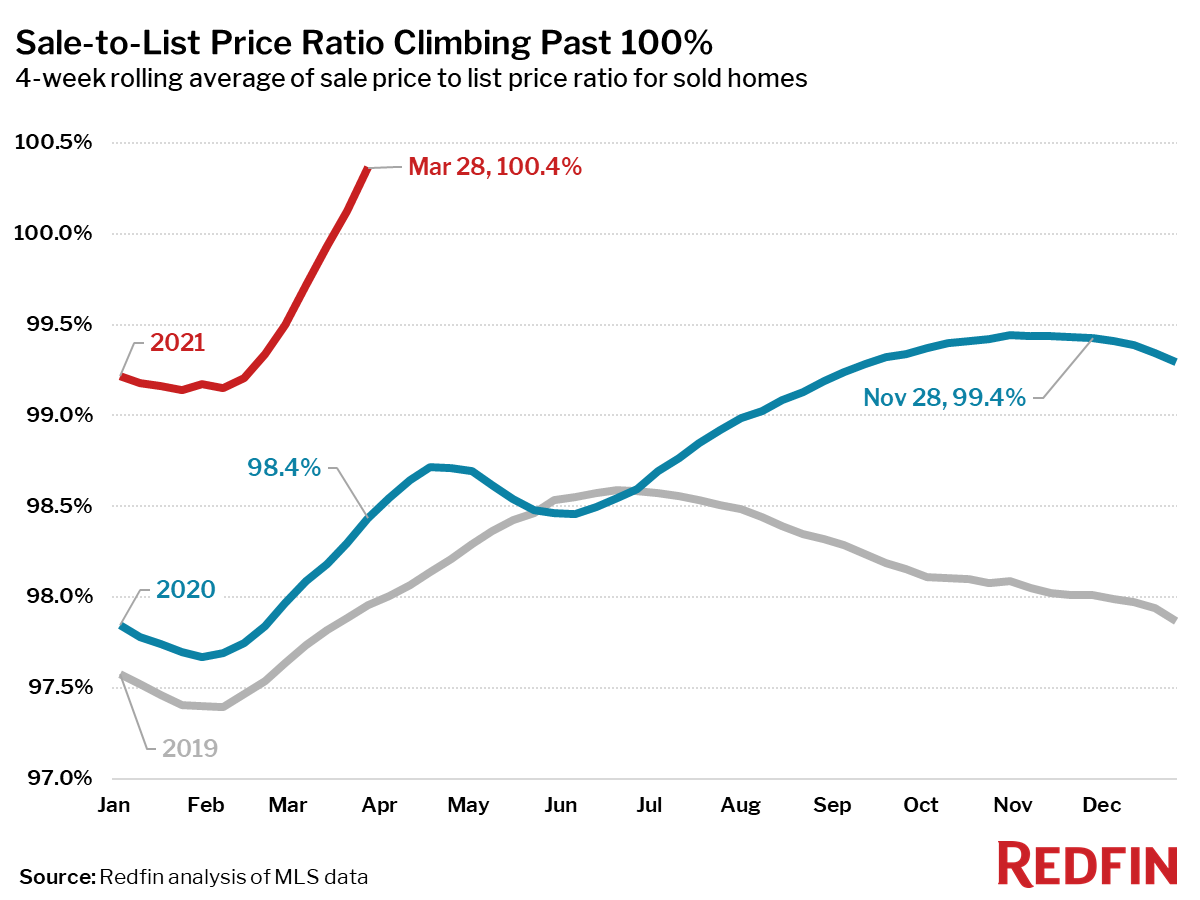 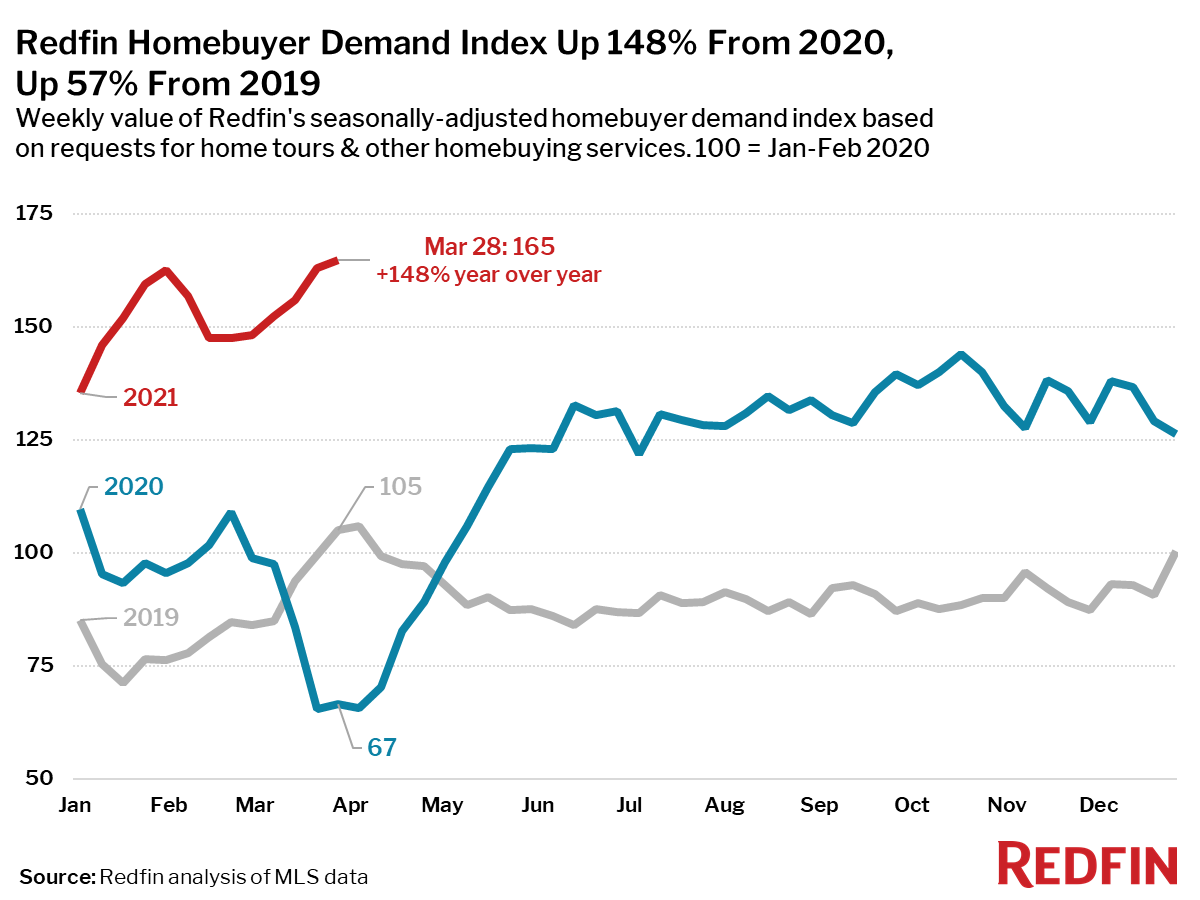