The median home sale price rose to a record high, while the number of homes for sale fell to an all-time low, according to a new report from Redfin, the technology-powered real estate brokerage.

There are some signs that homebuying may be returning to a more typical seasonal trend as the share of homes sold in one week fell after Thanksgiving more than it has since early September. Pending home sales fell to their lowest level since February.

“Homebuying demand seems to be returning to a slowdown trend that we’d typically expect to see in the last few weeks of the year,” said Redfin Chief Economist Daryl Fairweather. “The latest research on the Omicron variant seems to be easing consumers’ worst fears, but a lot of uncertainty remains in the economy—from inflation, jobs and wages to how the Fed reacts to those factors. Amid all that economic uncertainty, the notion that home prices will continue to grow in the nearterm feels relatively certain.” 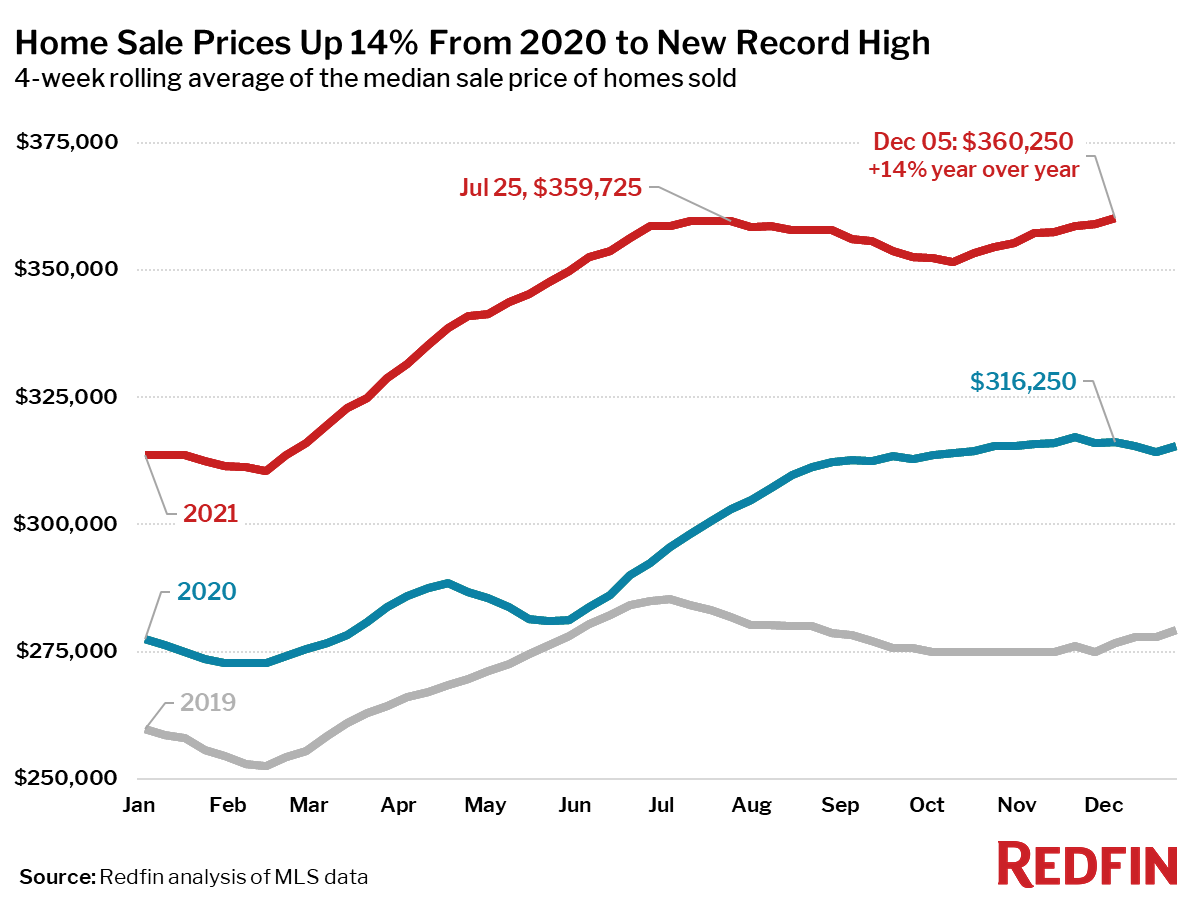 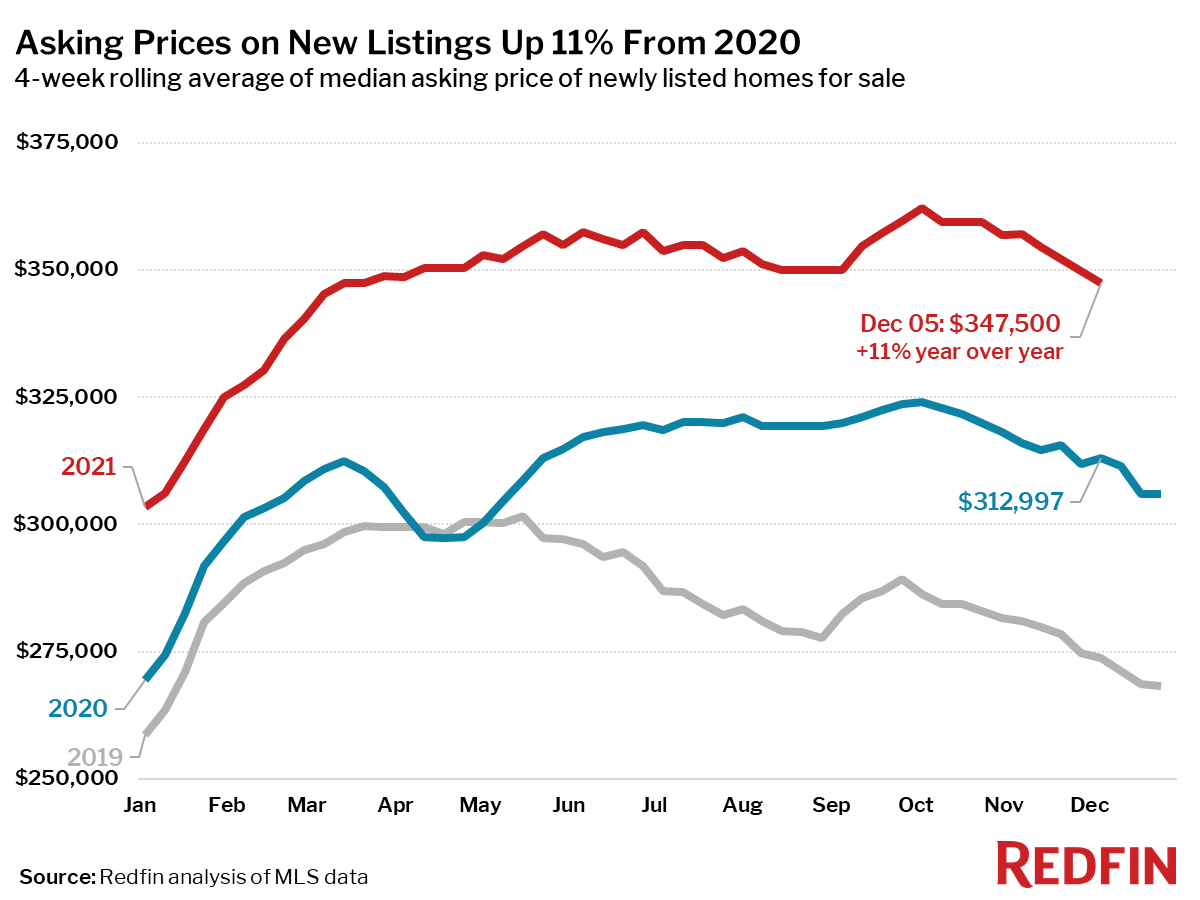 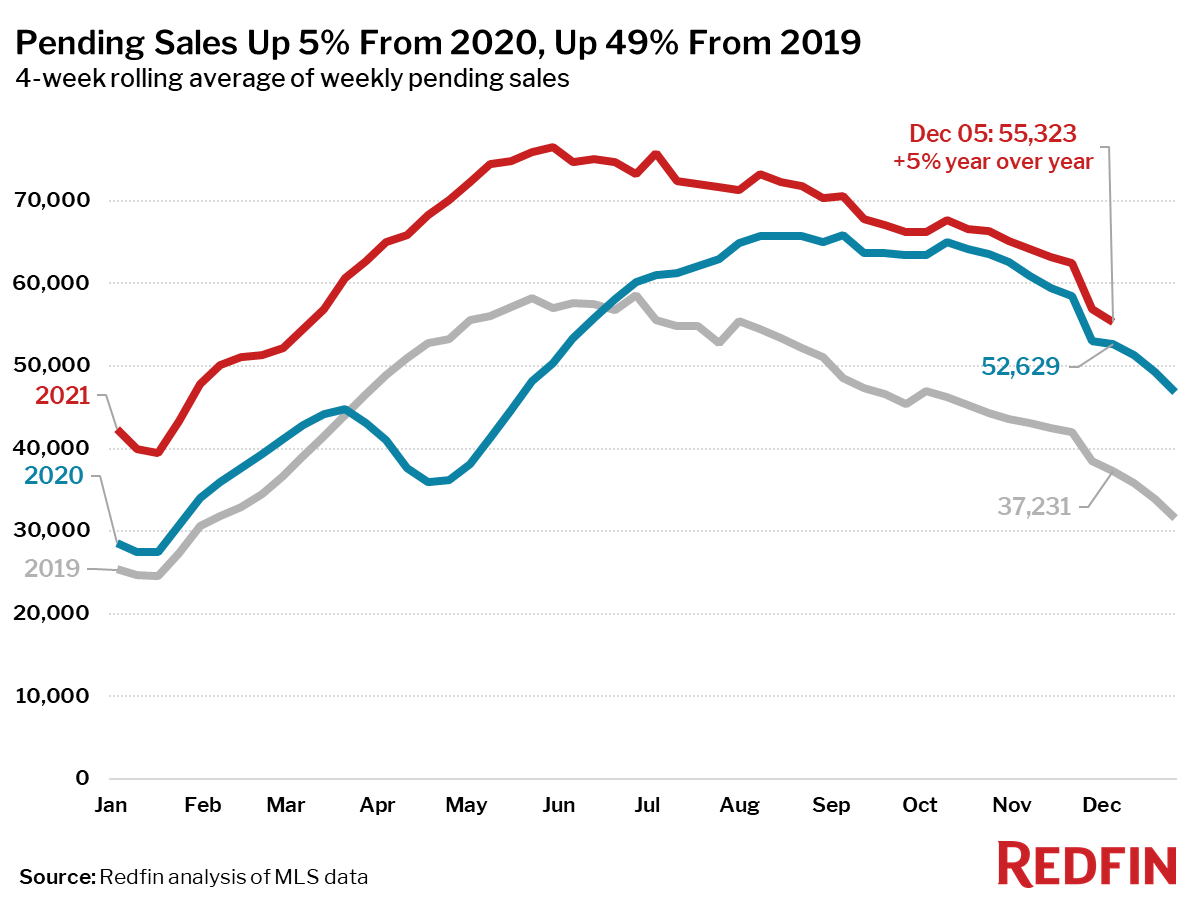 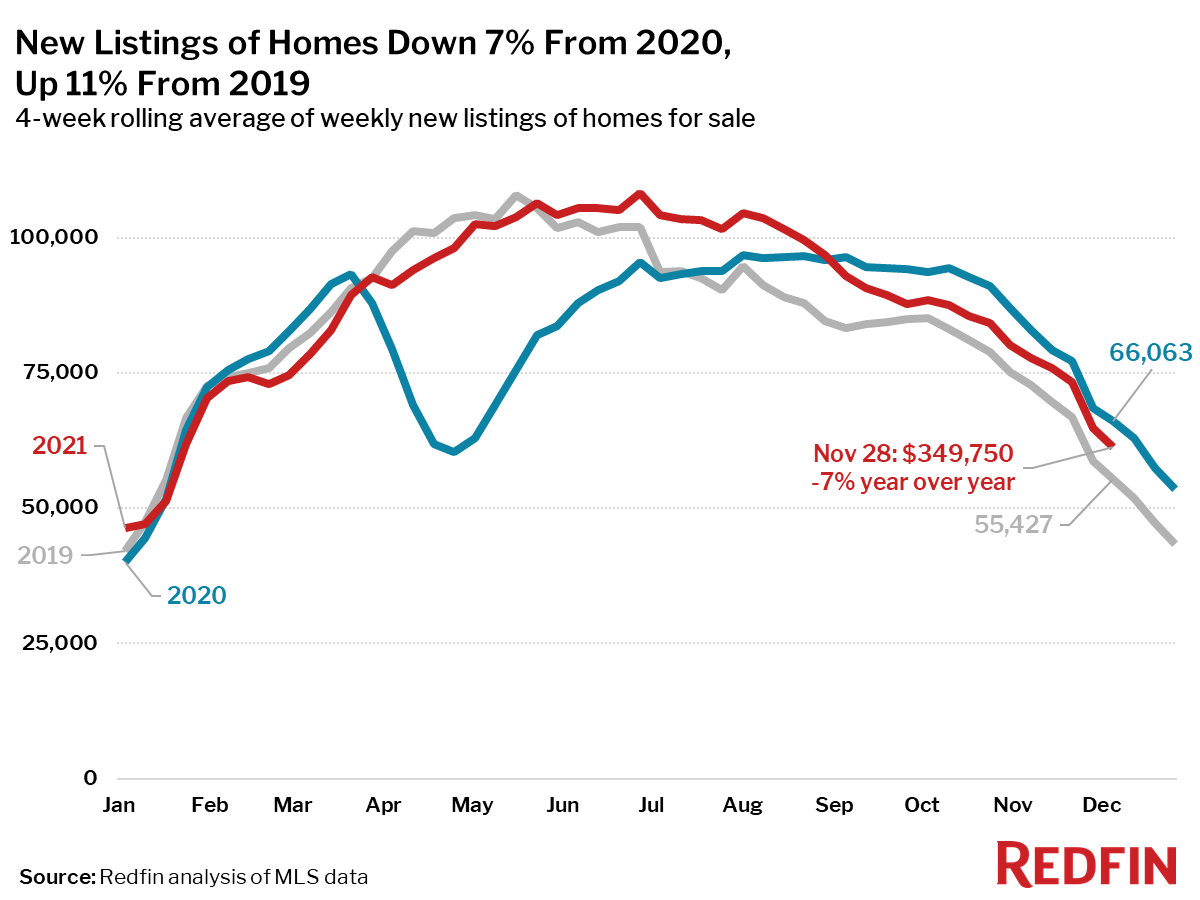 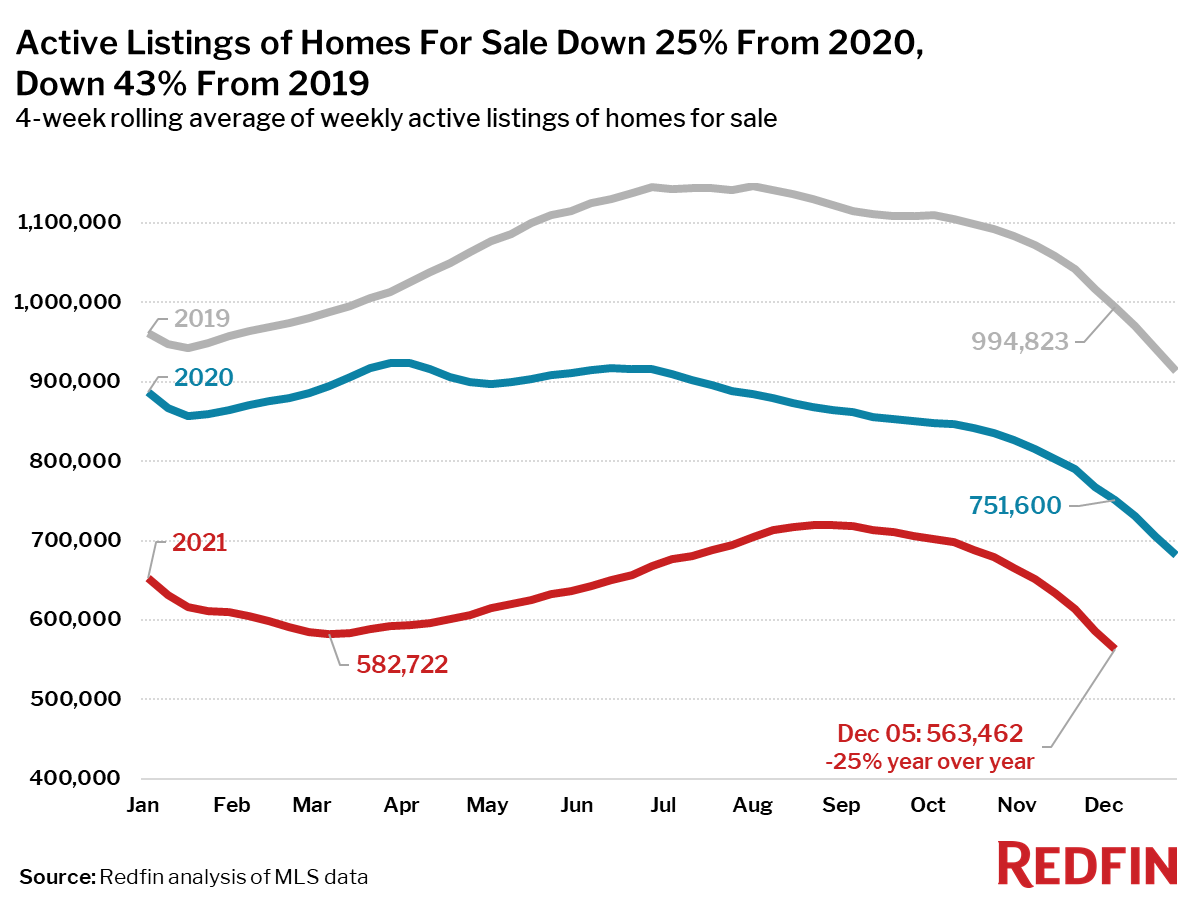 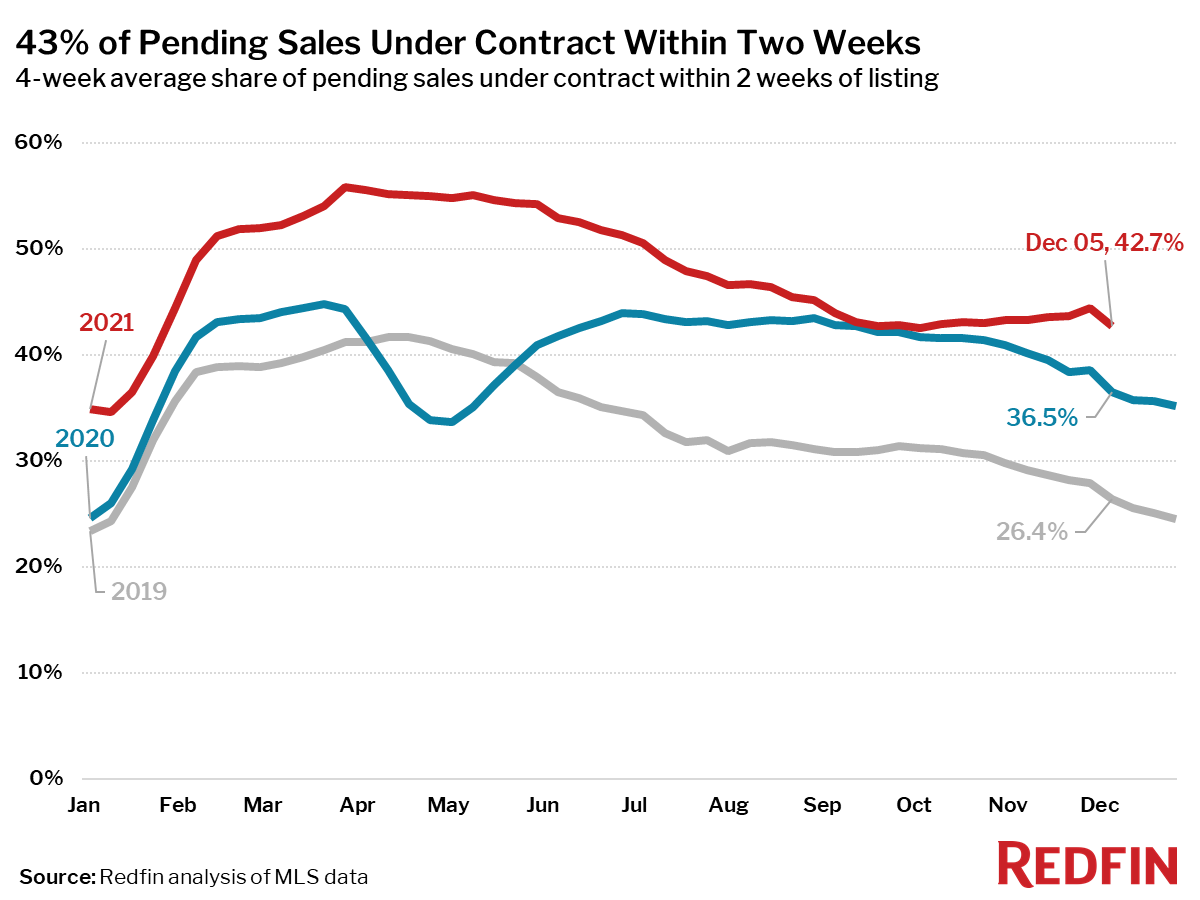 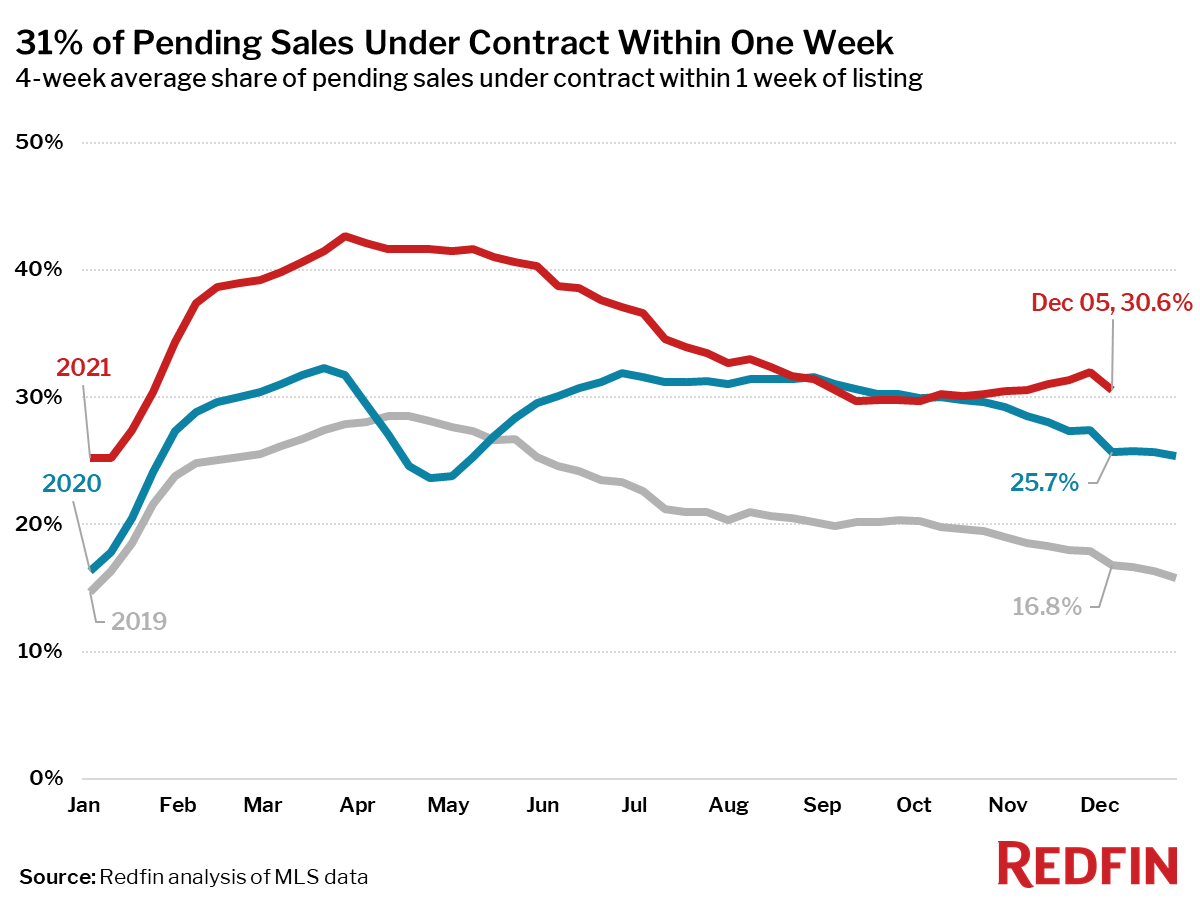 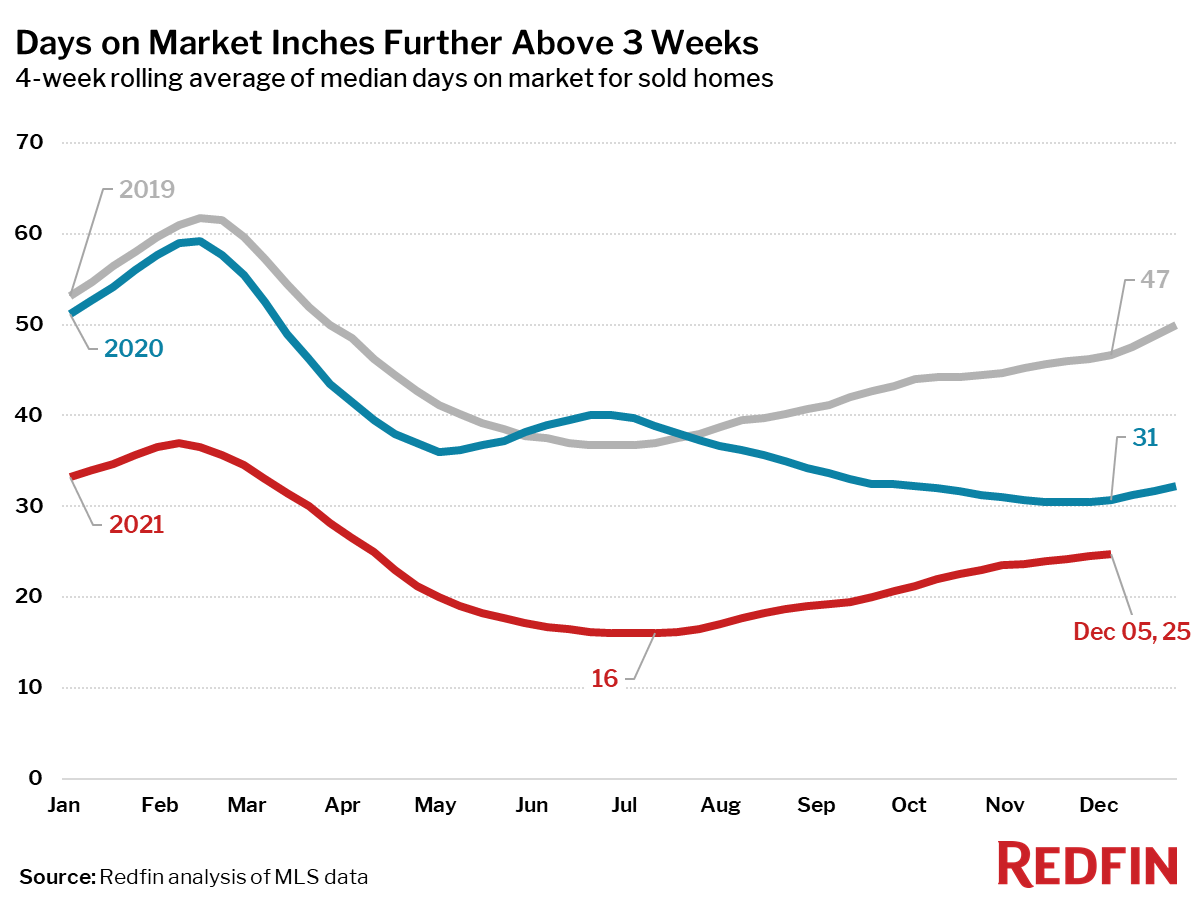 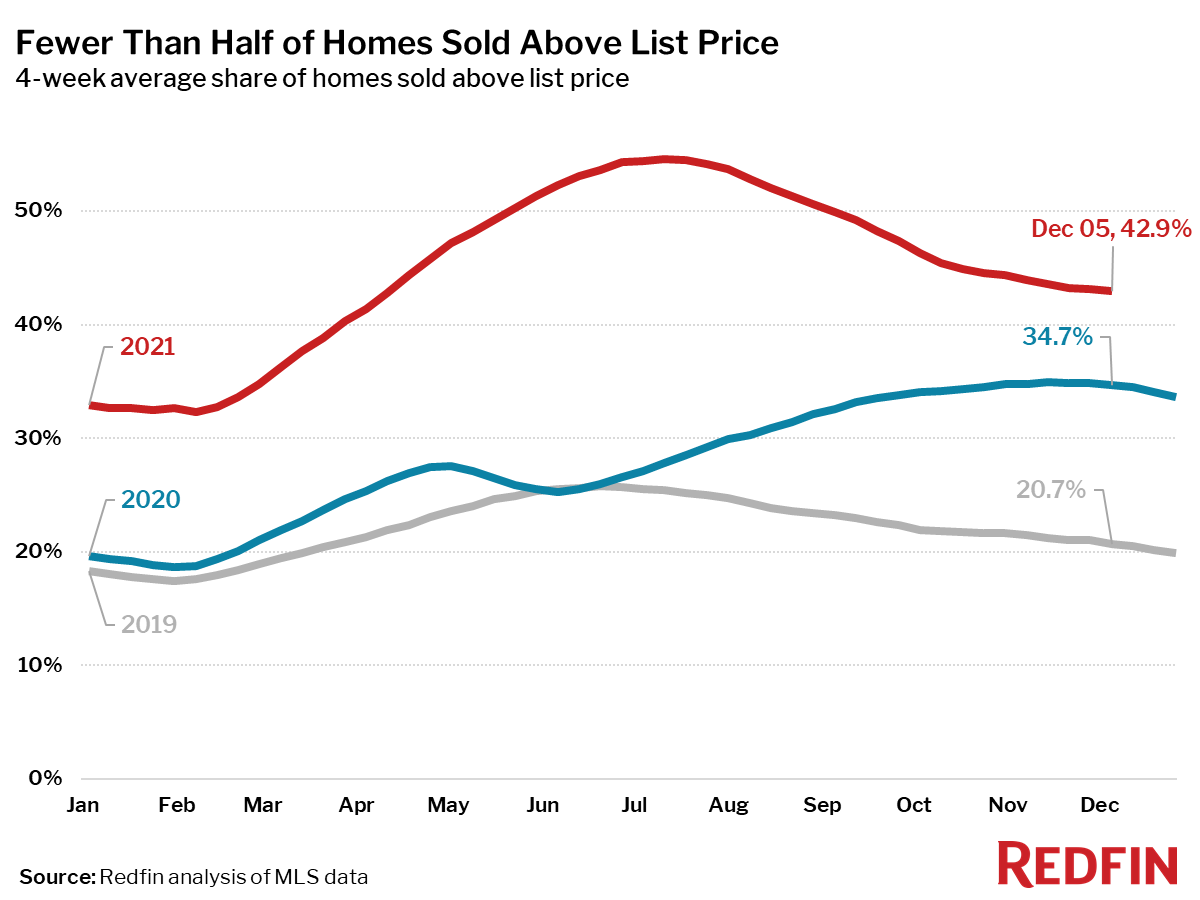 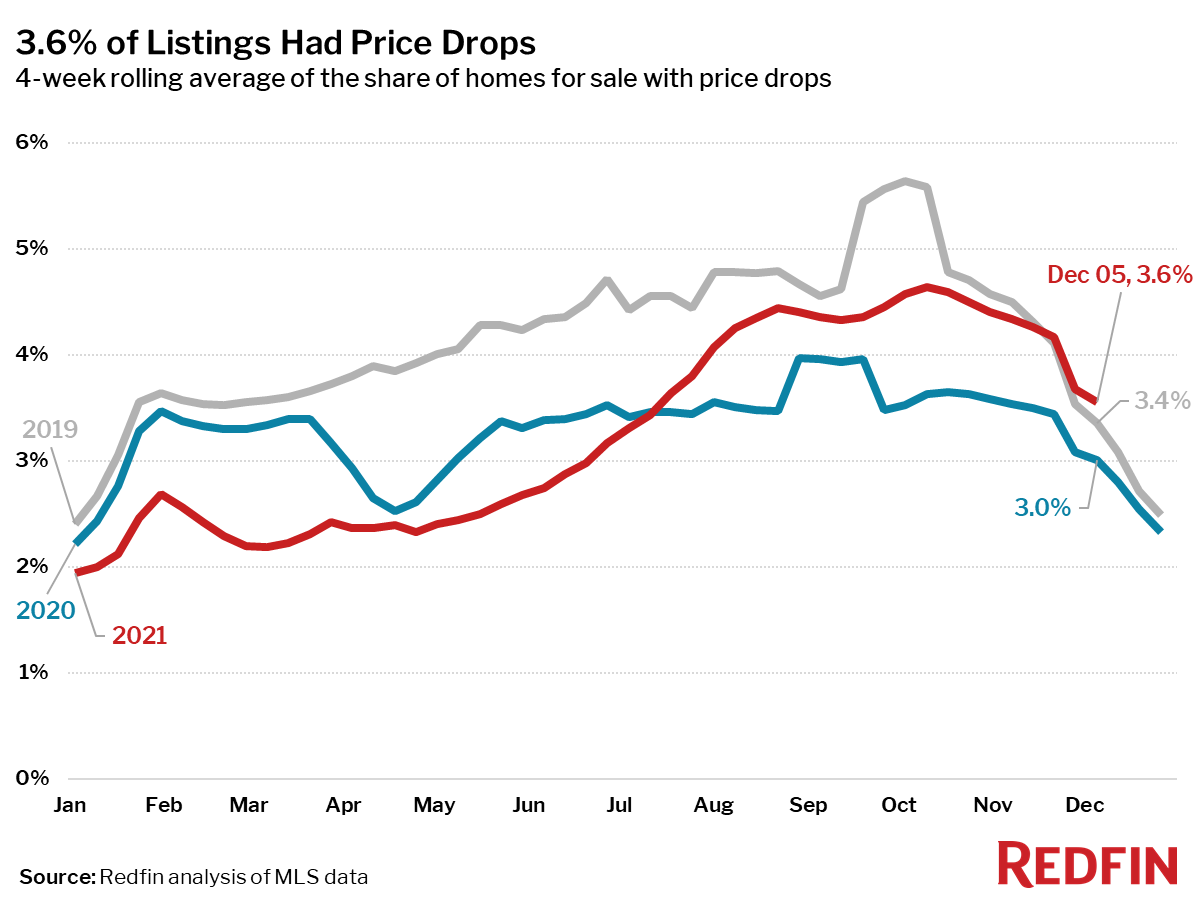 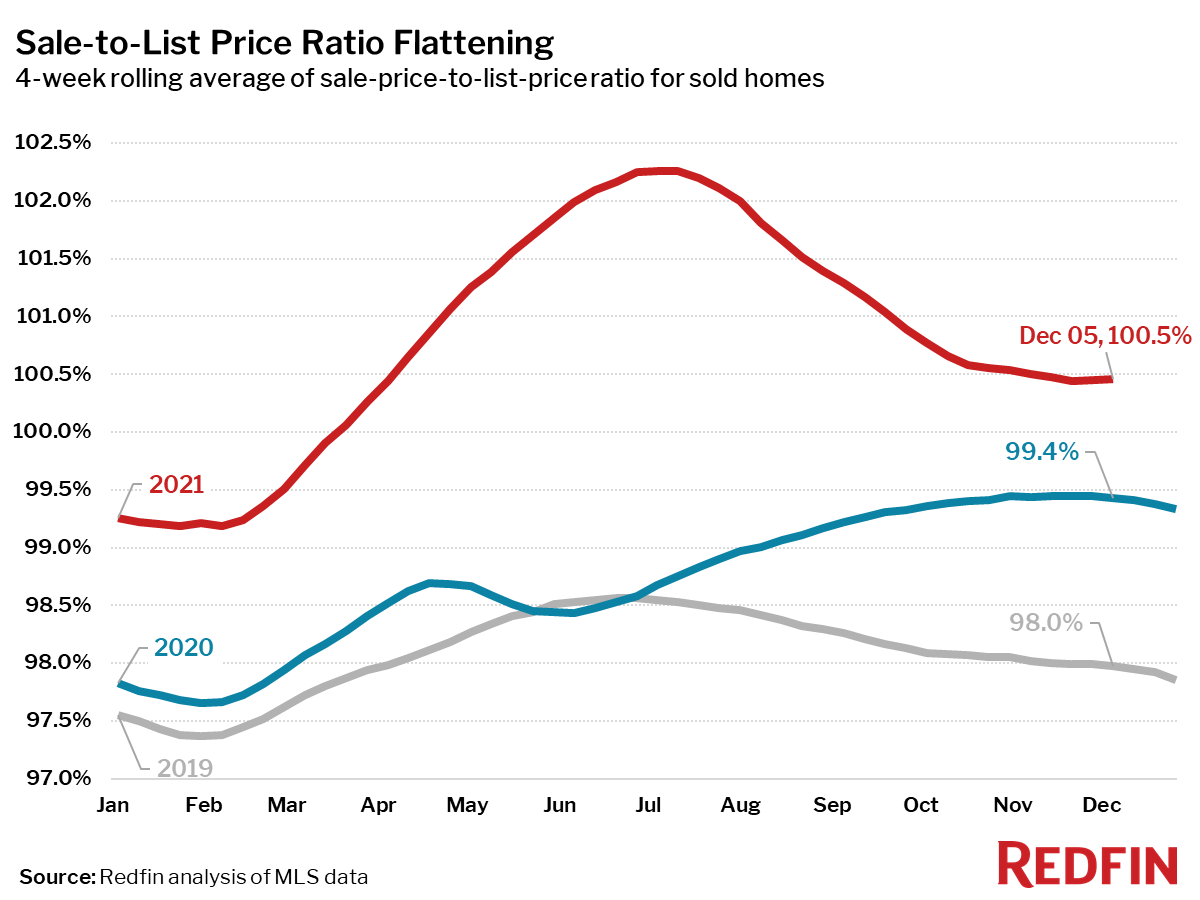 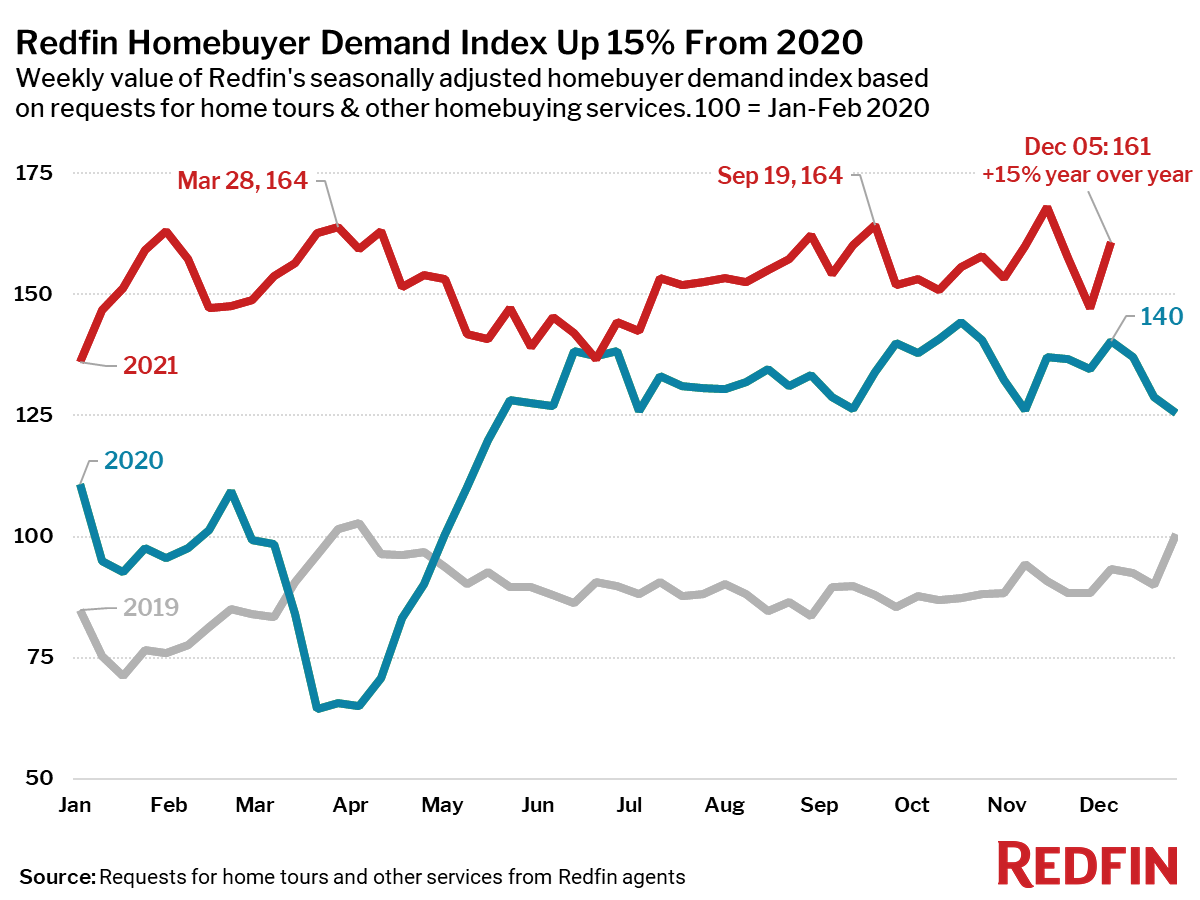