San Francisco Bay Area artist Razteria’s new album, Space to Play, will debut October 28, 2021, on all major music streaming platforms. Razteria, whose songs are a combination of World Music, Pop, and EDM, is also the songwriter, producer, and sound engineer on Space to play.

“Space to Play is about our hidden potential,” she says. “I hope these songs inspire you to feel the power of vulnerability that comes with making time to be creative…to enjoy being in awe when the inevitable result of this process goes beyond what you could have ever imagined.”

On Space to Play, Razteria invokes the vocal sultriness of Sade, mood of Billie Eilish, dance beats of Shakira, and artistry of St. Vincent. Trilingual Razteria is a true international artist, living and working near Geneva when not in the Bay Area. She glides easily between Caribbean rhythms, the musical influences of her Bolivian/Dutch roots and European Electro-Pop. Like Ani DiFranco and Bjork, Razteria is also a songwriter, producer and engineer, for her own music as well as other artists. 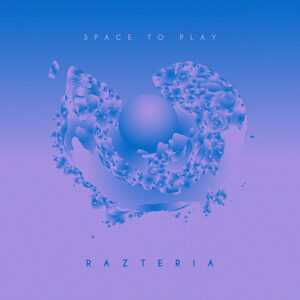 The title track of the release is a retro 60s ballad that encourages listeners to embrace the vulnerability necessary in all creativity. Space to Play grew organically from Razteria’s time in lockdown when she focused on her musicianship and creative process. The album includes a Spanish version (Juega), an acoustic and Latin trio version of the title track.