Rehs Galleries Inc., a New York gallery specializing in 19th and 20th-century works of art, announces the discovery and sale of a rare pair of paintings by Edouard Cortes.

Born in Lagny, France, on August 6th, 1882, into a family of artists, Edouard followed the family tradition and started training with his father at an early age. In 1899, at the age of 16, he made his debut at the Paris Salon with Le Labour, a painting which clearly owed a debt to both Realist and Naturalist painters as well as his father and brother. The work’s acceptance by the Salon jury signaled that the artist showed great promise. The critics agreed. Le Figaro proclaimed: “His style and his color have greatly impressed the jury. Young Cortès did, of course, attend a good school: we all know what a talented artist his father is.” The newspaper Le Matin commented that Cortès was “A little chap, only so high, who by rights should still be wearing out the seat of his trousers on his school bench, but who, nonetheless, with his light touch, has already entered canvasses for the Salon…” Over the next few years, the young painter continued to study with his father, living with his parents in Lagny and sending several paintings each year for consideration by the Salon jury. 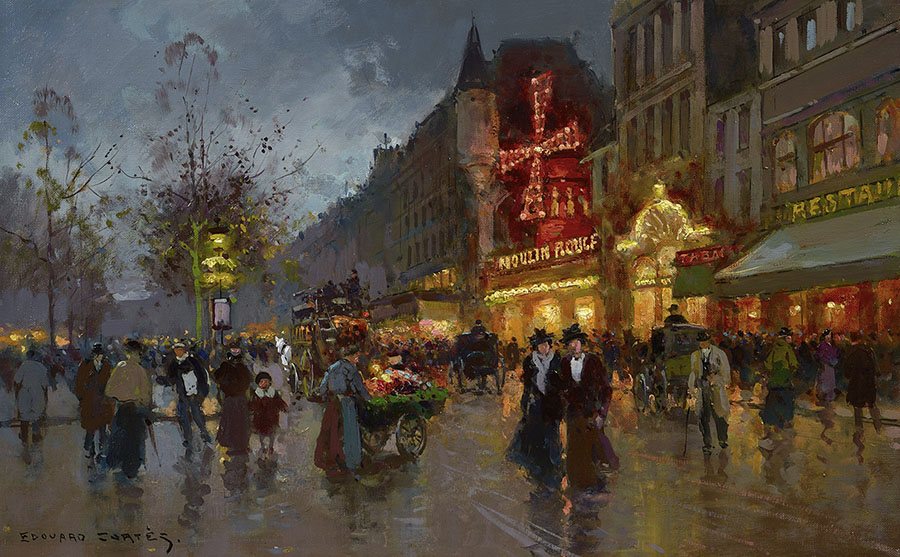 Throughout his career, Cortes participated in numerous Paris Salon exhibitions, as well as exhibitions in Lagny, Toulouse, Bordeaux, Dijon, Le Havre, Douai, Troyes, Calais, Caen, and Nevers. By the 1920s the artist’s works achieved international recognition and were included in group, and solo shows throughout the world, with his first international solo show in 1928 at The T. Eaton Galleries, Montreal, Canada.

In 1956, Samuel E. Johnson (Johnson Galleries, Chicago), traveled to France and met with Cortes. In a letter dated August 20, 1956, Johnson offered the artist a solo show; however, he was forced to decline the offer due to other commitments. By 1957, the artist began sending paintings to Johnson on a regular basis and among some of the earlier works he received were a pair of 15 x 24 inch canvases depicting the Moulin Rouge and Avenue de l’Opera.

While Avenue de l’Opera is a more common scene for Cortes, depictions of the Moulin Rouge are extremely rare – only a handful are know to exist. Mr. Rehs commented that “over the years our gallery has bought and sold hundreds of paintings by Cortes. During that time, we have seen approximately five paintings featuring the Moulin Rouge (two of which were studies). This is the first painting, of that location, that the gallery has handled. In addition, the artist’s typical sizes were 13 x 18 inches and 18 x 21 inches, these are the only 15 x 24 inch works we have seen.”

The pair of paintings came from a private collection and were originally purchased from the Johnson Gallery in the late 1950s. This is the first time, in over 60 years, that they have been on the market. Mr. Rehs also noted that “you never know what you will find when you open up an email, and to find these fresh-to-the-market works is an art dealer’s dream. Also, knowing that they have not been touched since they were painted, usually ensures that their condition is as close to perfect as possible. All they needed was a light cleaning and new frames.” Mr. Rehs went on to point out that “we did not even have an opportunity to exhibit the works. We sent an email to one of our important collectors and they were sold!”

Cunard Celebrates Opening of Historic Exhibit on the Queen Mary with Salute by RMS Queen Elizabeth in Long Beach, CA on July Fourth 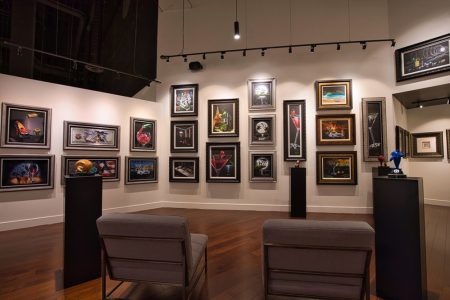 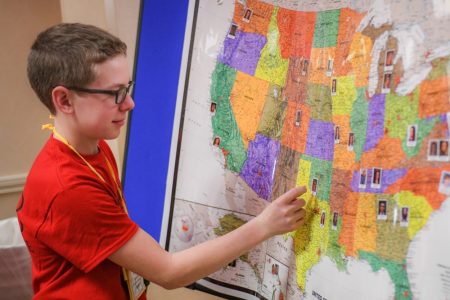