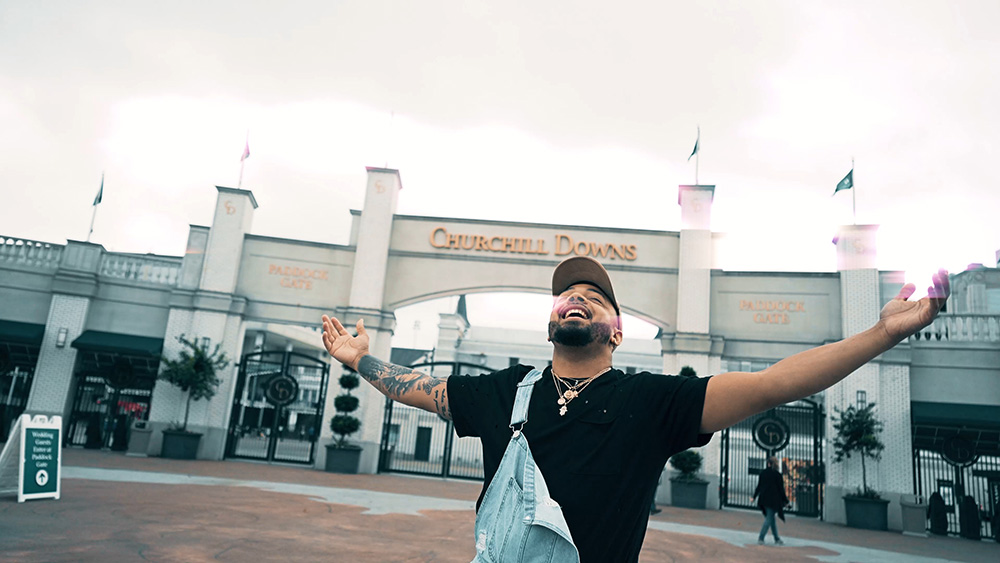 If there’s one thing I’ve learned in life it’s that timing is everything, and after a quick conversation with rapper/singer-songwriter ‘justbrandon’ it’s clear that he perfectly understands that. He’s been writing and recording music for almost two decades and tells me that after all of these years it’s time for him to take his music career seriously.

“I never really tried. Like, I’ve put out a lot of music and I was kinda consistent at one point but I never really made a real run for it.” The 28 year old rapper tells me that while music has always been one of the most important things in his life, he feels like the older he gets and the more responsibilities he takes on, the less time he has for it.

“I’m boutta be thirty. And I’m honestly excited to hit my thirties, but I feel like I’ve gotta actually try this music thing one time before I get old.” He tells me that he’s been discouraged by the number of new artists, their lack of diversity and the thought of just being another rapper that never made it– and I had to laugh in agreeance, because in this day and age of everyone you went to highschool with having a recording studio in their basement and a mixtape dropping next week, I know that I’m personally burnt out on listening to local rappers. But justbrandon believes that if he stays consistent and remains authentic things will fall into place on their own.

“Nothing good has ever come to me by forcing it. Any time something good has happened to me in life it’s been because I was just being myself. And I think, again, timing is so important. God didn’t want me to blow up yet, but I think the time is now.” So that’s his plan; he has no specific dates set aside and no marketing team behind him– though he did tell me that he’s working on something big and wouldn’t give me any details. He’s just going to continue making good music and putting it in as many places as possible.

His most recent release (a remix to Jack Harlow and Drake’s “Churchill Downs”), he says is another testament to timing. “As soon as I recorded the song I was like… I gotta drive to Louisville and shoot this video so that I can put it out before Jack Harlow and Drake put out the official music video, so maybe people will be searching youtube for the Churchill Downs Official Video and stumble across mine… And I’m dope so it’s not like they’re gonna click away once I start rapping.” So that’s what he did. He made the two hour drive from his hometown of Evansville, IN to Louisville, KY– home of the Kentucky Derby (and Jack Harlow) and recorded the music video to what I would say is probably the best remix of this song that I’ve heard so far.  You can follow justbrandon on instagram and tiktok at @ohthatsjustbrandon and find his music streaming on all digital platforms.