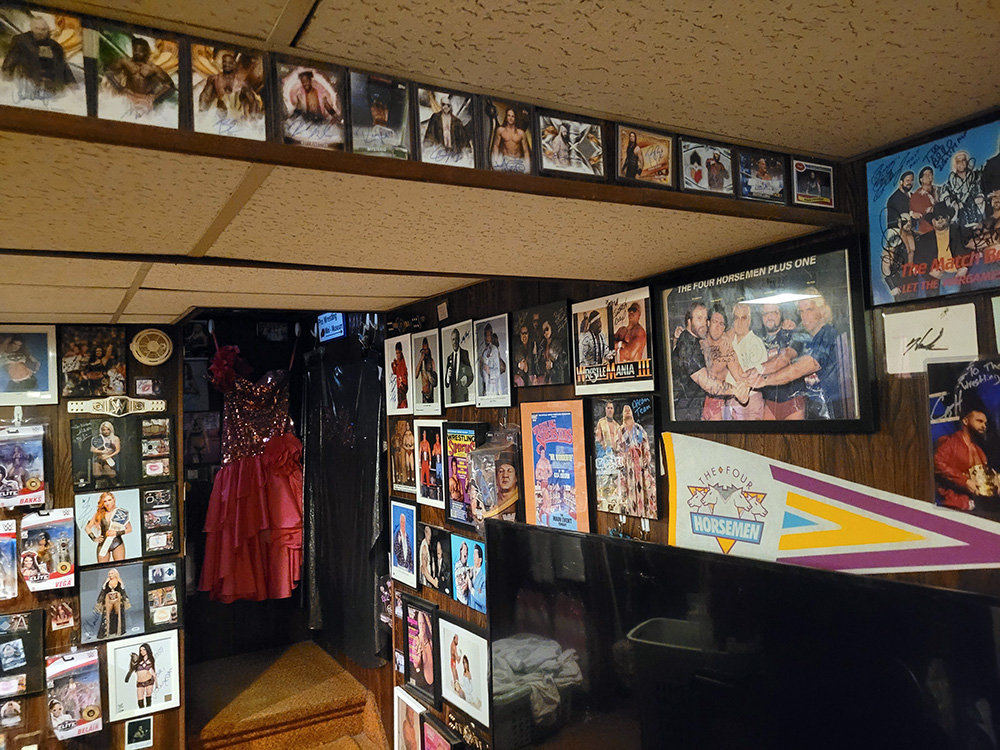 Are you one of the millions of Americans who love professional wrestling? The WWE has an estimated 11 million fans and is watched by nearly 1 billion people each week. Some of the league’s biggest stars retire from wrestling and seek careers in acting and other industries – we’re looking at you, Dwayne Johnson, and John Cena! And when these stars move on, it’s crucial to keep their wrestling legacies alive. And one man is dedicated to making this happen.

Meet Mike Parker! He runs the Pro Wrestling Mini-Museum, which is a fully online museum that fans can enjoy from anywhere in the world.

Parker began enjoying pro wrestling during the first-ever WrestleMania when he was still in junior high. Though his personal collection of memorabilia started small with just magazines and 8X10 photos, it has grown exponentially since then.

His fascination with displaying memorabilia began after visiting an Allentown, PA, store called the Pro Wrestling World Museum. This store was a paradise for wrestling fans, filled wall-to-wall with some of the most remarkable relics available.

Fast forward to 2018, and Parker learned his favorite store was closing but had a “request form” where fans could purchase pieces of the collection. This is when collecting pro wrestling items became a passion for Mike Parker.

“I basically made my own version at home, and it got bigger and bigger. And now it covers this entire basement, plus a little more. A year and a half ago, maybe, I said, ‘wouldn’t it be cool if I actually put this online?’ Because not a lot of people have this kind of stuff. You might hear someone has something, but they just sit on it,” said Parker.

And that’s just what he did! Taking cues from others, he created his own idea of a museum.

He explained, “It’s my version of the museum. I started it with very limited resources; however, it has continued to grow bit by bit. I am happy that fans are appreciating my hard work and effort.”

This is a unique experience that allows people to get a glimpse of antique and rare WWE collectibles, which are on permanent display at Parker’s Pro Wrestling Mini-Museum. His online museum allows fans from around the globe to see these antiquities without having to go to the WWE Axxess or an actual museum. He’s dedicated to serving all wrestling fans who are still passionate about the industry.

Today, you’ll find a wide array of memorabilia from some of the WWE’s hottest stars and legends. His collection contains everything from autographed photos, signed magazines, actual clothing worn by the wrestlers, and more.

So, click here to check out the Pro Wrestling Mini-Museum today if you are a fan! Be sure to check out items from Ric Flair, the Bella Twins, Randy Savage, Jim Cornette, and many more!