Serial entrepreneur and community leader Princeton Epps is launching a campaign to encourage an end to violence in the city of Milwaukee.

With violent crime and social unrest currently affecting several neighborhoods in the city, Epps has been advocating for an end to criminal acts with the launch of his grassroots movement “Killing Ain’t Gangsta,” which gets people to think twice about their actions.

Speaking with local ABC affiliate WISN 12 News about the initiative, Princeton Epps told reporters it was time for Milwaukee to face the problem head-on, with a message of encouragement for youth that chose to end senseless acts of crime. 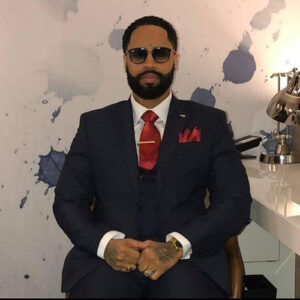 A native of Milwaukee, Princeton Epps rose to prominence following the successful launch of his trucking company Epps Freight. Thanks to a great domestic demand in the state for his services, Epps was soon able to expand his company, which now counts over 20 semi-trucks.

As a community leader, Epps has been spreading a message of empowerment to young adults in the city, encouraging them to get entrepreneurial and choose a path that brings them success instead of violence and a criminal record.

Following on from his successes as an entrepreneur and his work in the community, Epps recently released his new book, “A-Z Guide to making your first million by starting a Trucking, Brokering and Dispatch Business,” that became a bestseller on Amazon – sharing entrepreneurial tips and secrets based on his experience in growing his company from the ground up.

Having worked tirelessly on his business and overcoming the challenges associated with its expansion, Princeton Epps has managed to find the time to mentor youth in the city, providing them with a mindset and attitude they can adapt for success in the workplace.

With his positive attitude toward entrepreneurship, Epps told Digital Weekday on Monday that the upcoming generation of business builders “can succeed if they’re willing to step up to the challenges ahead.”

With the launch of his new advocacy mission to stop youth violence, Princeton Epps is bringing new apparel to the streets to highlight the campaign, with a unique t-shirt design that expresses its core message with the words “Killing Ain’t Gangsta” featured prominently.

Now it’s up to Milwaukee’s young adults to set an example for their peers and take onboard what Princeton is advocating. Will they step up?