The median home sale price increased 15% year over year to $322,616, the highest on record, according to a new report from Redfin, the technology-powered real estate brokerage.

Below are other key housing market takeaways for 400+ U.S. metro areas during the 4-week period ending December 13.

“At a time of year when the housing market usually goes into hibernation, homebuyers are doing anything but hibernate,” said Redfin chief economist Daryl Fairweather. “With the coronavirus vaccine set to roll out just as the housing market typically kicks into full gear, a combination of seasonality and the pandemic’s final chapter is likely to keep the housing market hot well into 2021.” 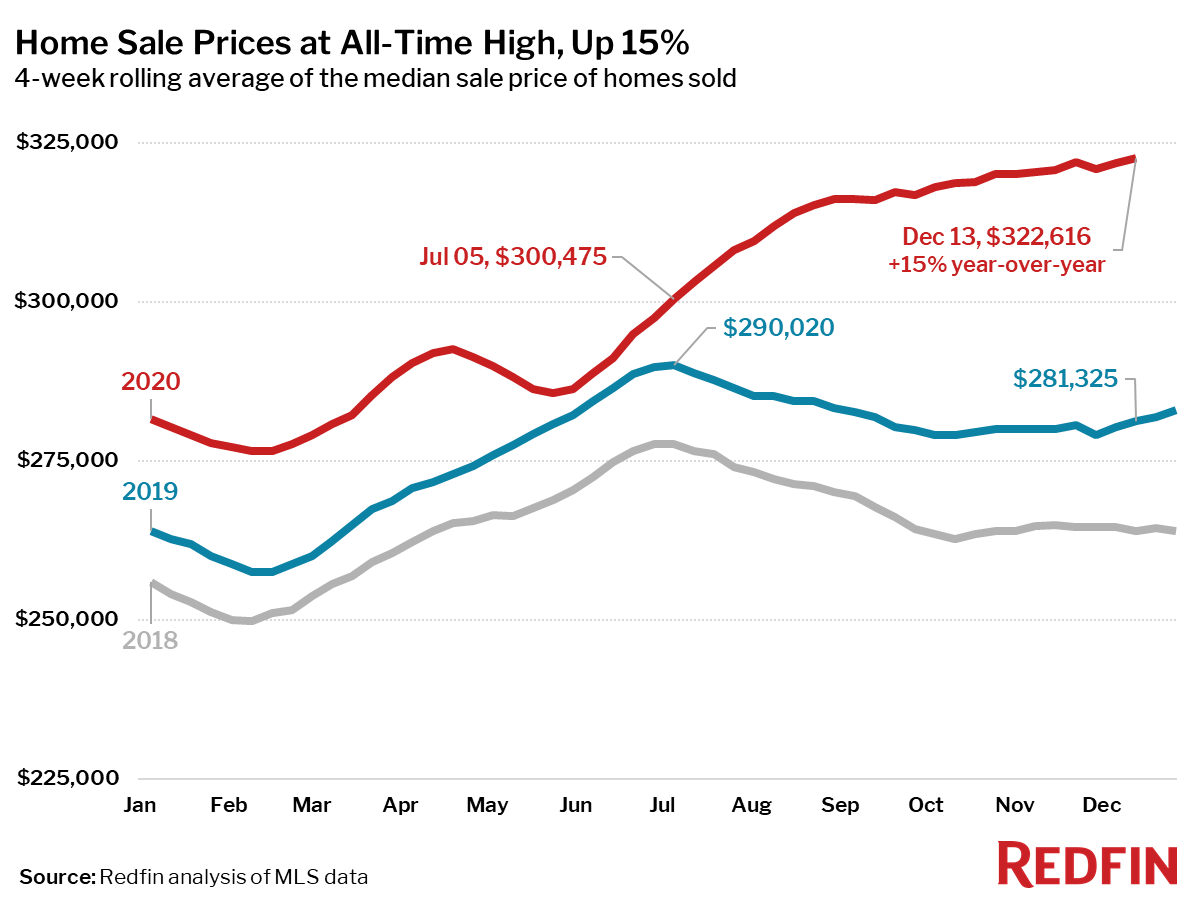 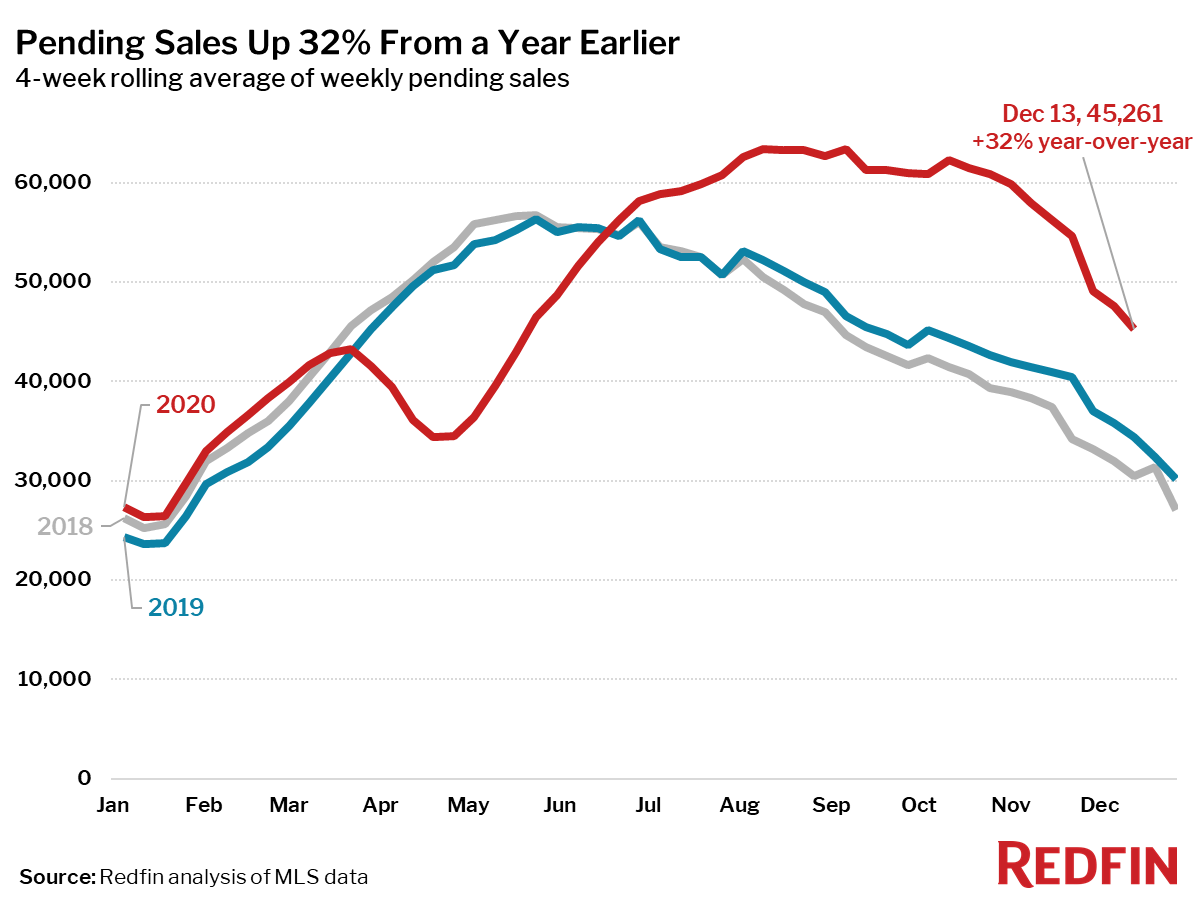 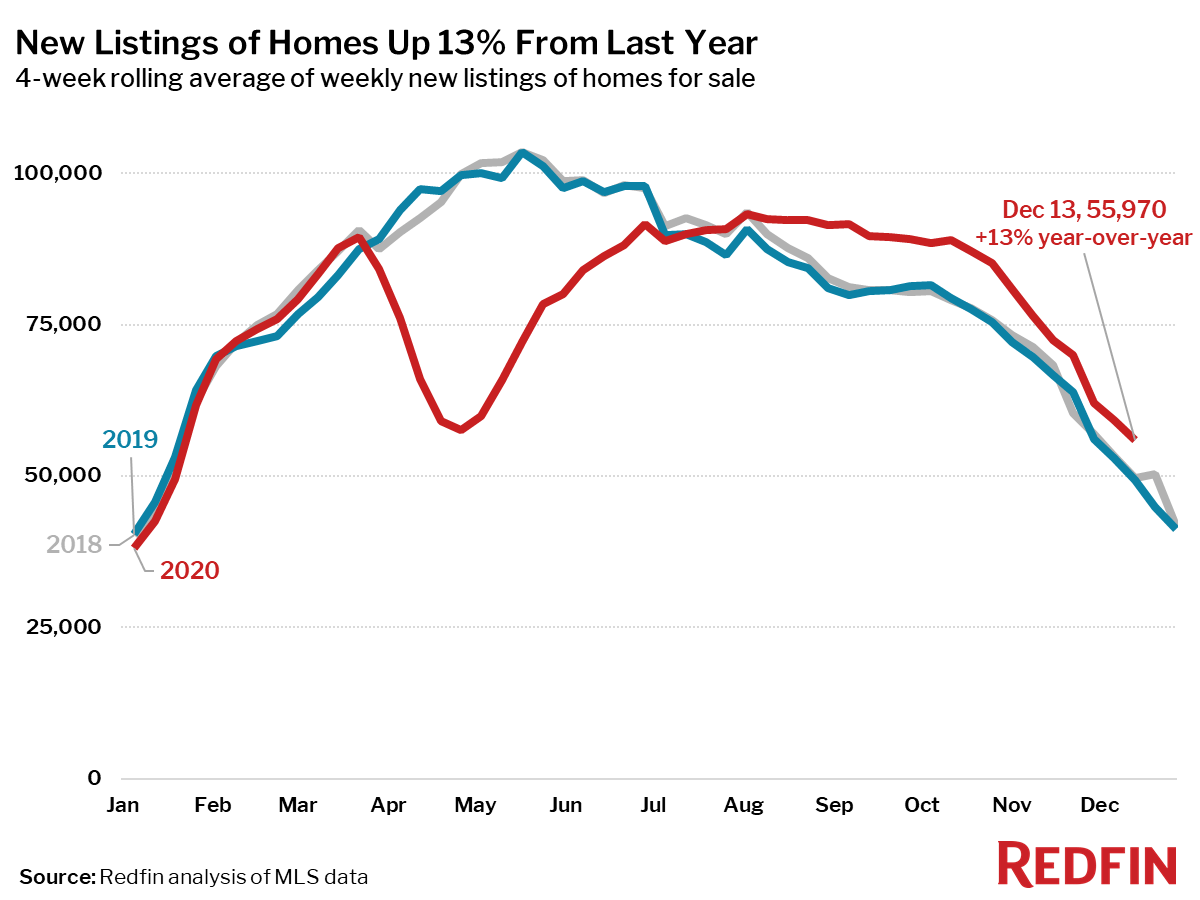 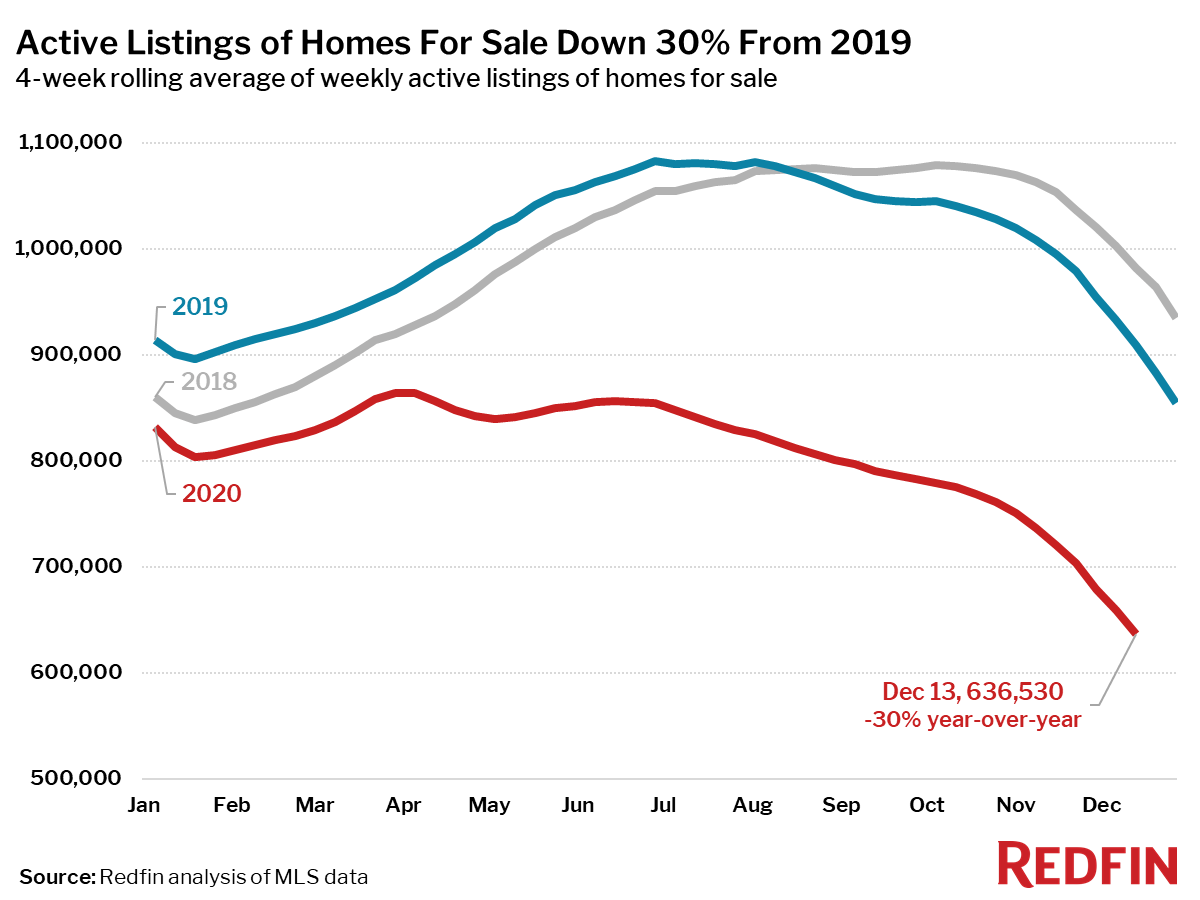 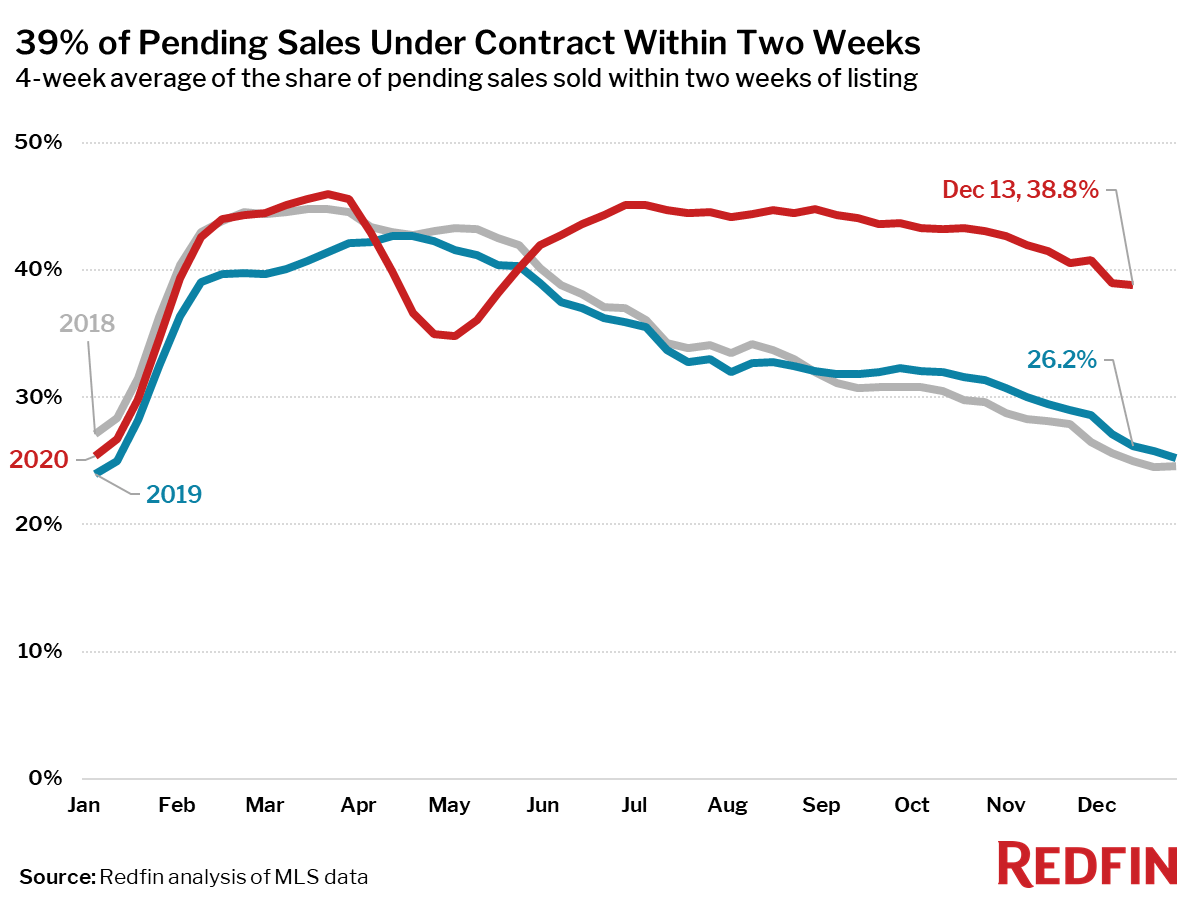 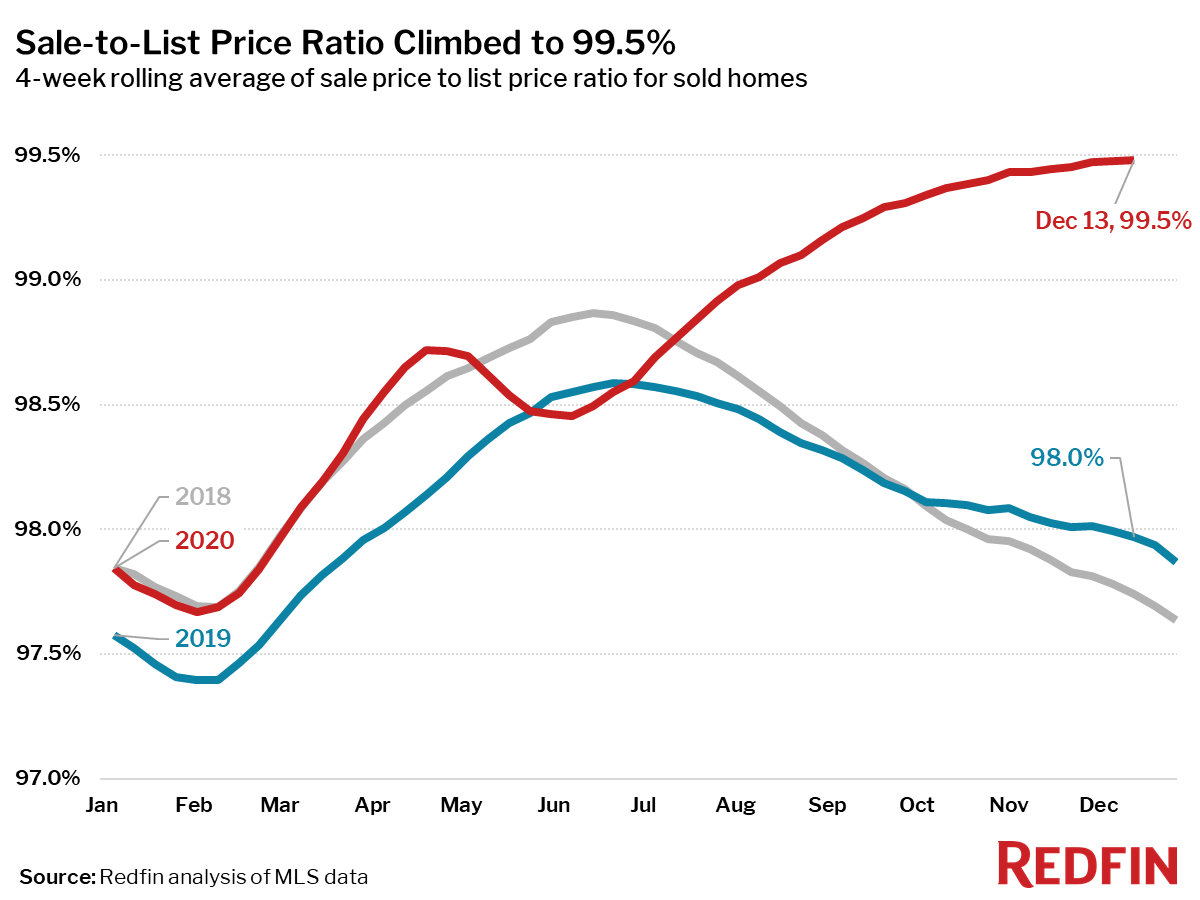