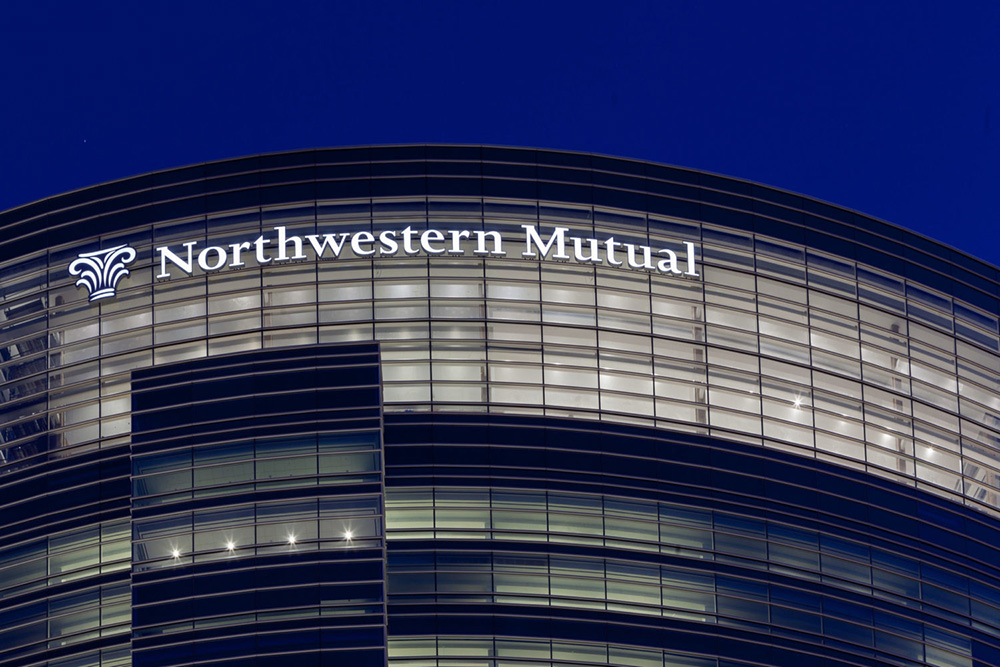 Market volatility and the economic downturn prompted by the COVID-19 pandemic has spurred a significant financial response among Americans and a whirl of proactivity, according to the latest findings from Northwestern Mutual’s 2020 Planning and Progress Study.

For some, the crisis has led them to see the importance of having a financial plan. Among U.S. adults age 18 and older, 15% say they didn’t have a plan before the pandemic but now have been prompted to develop one.

For those who already had plans in place, the crisis has prompted many to adjust course. One-fifth (20%) of Americans say they have revisited their financial plans and made significant adjustments in response to the pandemic and its subsequent economic impact.

“This is an enormously difficult time for so many Americans, however, it’s good to see they’re taking action, rising to the challenging road ahead, and making choices aimed at enabling their recovery,” says Christian Mitchell, executive vice president & chief customer officer at Northwestern Mutual. “People are doing their best to secure their financial foundations and position themselves to emerge from this stronger.”

The study found that one-fifth or more of each Gen X (19%), Millennials (22%) and Gen Z (22%) say they didn’t have a financial advisor before the pandemic but will seek to start working with one now.

Additionally, the younger generations stand out for how proactive they have been in response to the economic downturn: 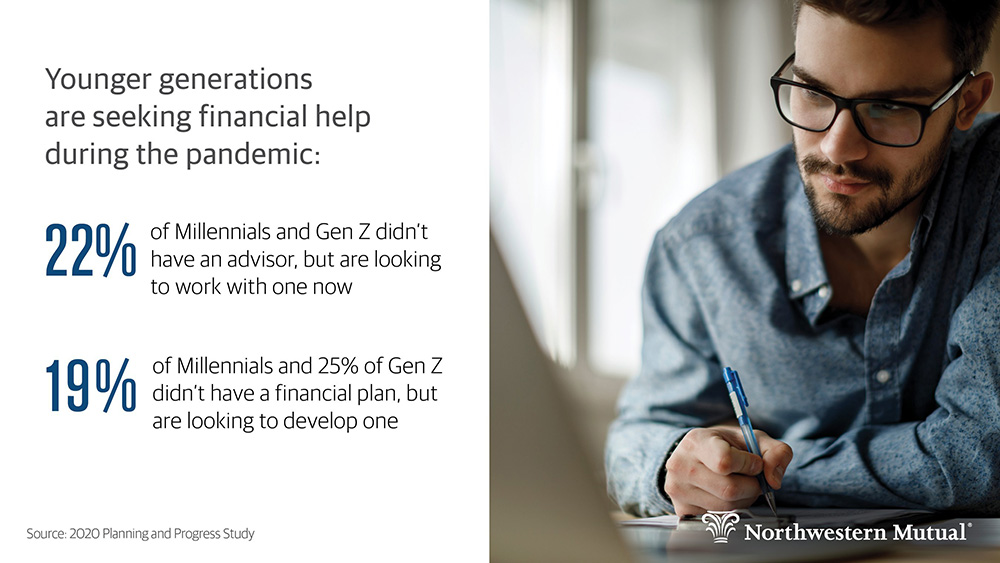 “Generational behavior patterns often form based on experiences with economic cycles, and while this is the first downturn that Gen Z has seen, it’s the second time around for many Millennials,” continues Mitchell. “We’re encouraged by the instinct to respond among younger people, and that many of them are seeking help from financial professionals.”

Bruised but not broken

When asked how financially secure people feel on a 10-point scale, the average rating was 6.1, compared to 6.7 before the pandemic. Taking a closer look, the numbers reveal shifts at both the higher and lower ends of the scale: 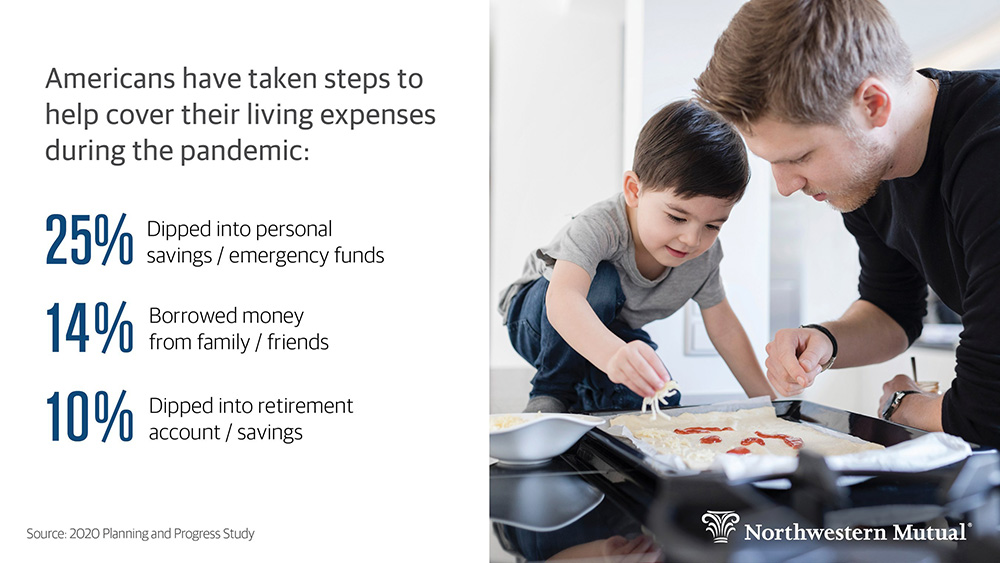 “It’s understandable that most Americans feel less financially secure than they did just a short time ago,” says Mitchell. “Yet we still see considerably higher numbers in the upper registers than we do in the lower, and the overall average hasn’t dipped alarmingly. People’s sense of financial security may be bruised but it’s far from broken.”

The pandemic has had a real impact on people’s financial situations, and in turn their decision-making and behaviors. Overall, Americans are showing a combination of caution and resilience in the face of adversity.

Additionally, a significant number of Americans (45%) have taken steps to cover their regular living expenses: 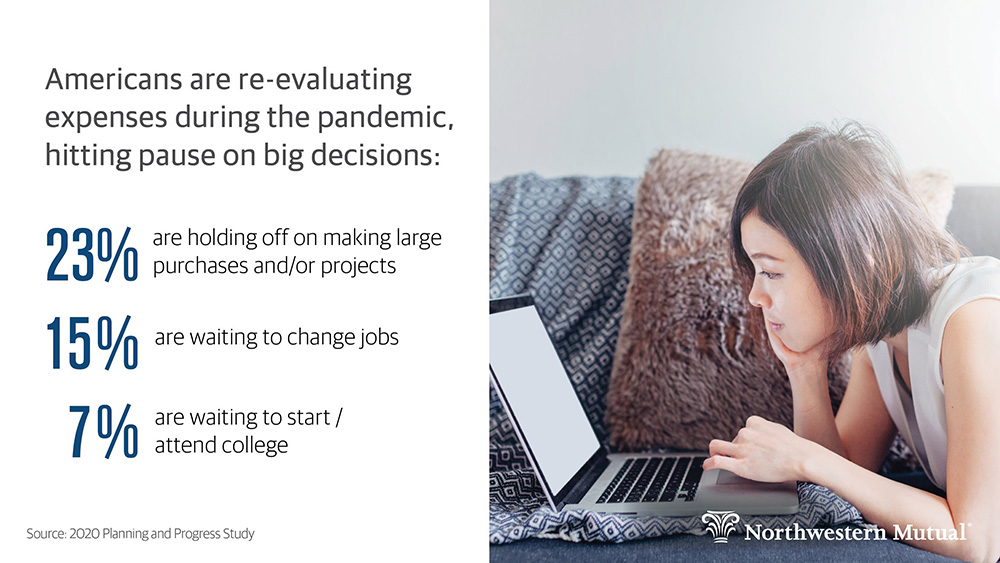 Many Americans have also re-prioritized and re-evaluated their critical vs. discretionary expenses, and hit pause on some big decisions:

Finally, the pandemic has prompted many Americans to reconsider their views of life insurance’s role as part of a holistic financial plan, with nearly four in 10 (37%) saying they now see increased importance for owning it.

“Inevitably, the pandemic will have a lasting impact on people’s financial lives and our findings indicate some of the depth of the disruptions people are already facing,” notes Mitchell. “However, the data also shows several hopeful signs that even when times are tough, people are generally resilient. Our reply is that we’re here to help endure this difficult time and lay the groundwork for recovery – one household at a time.”