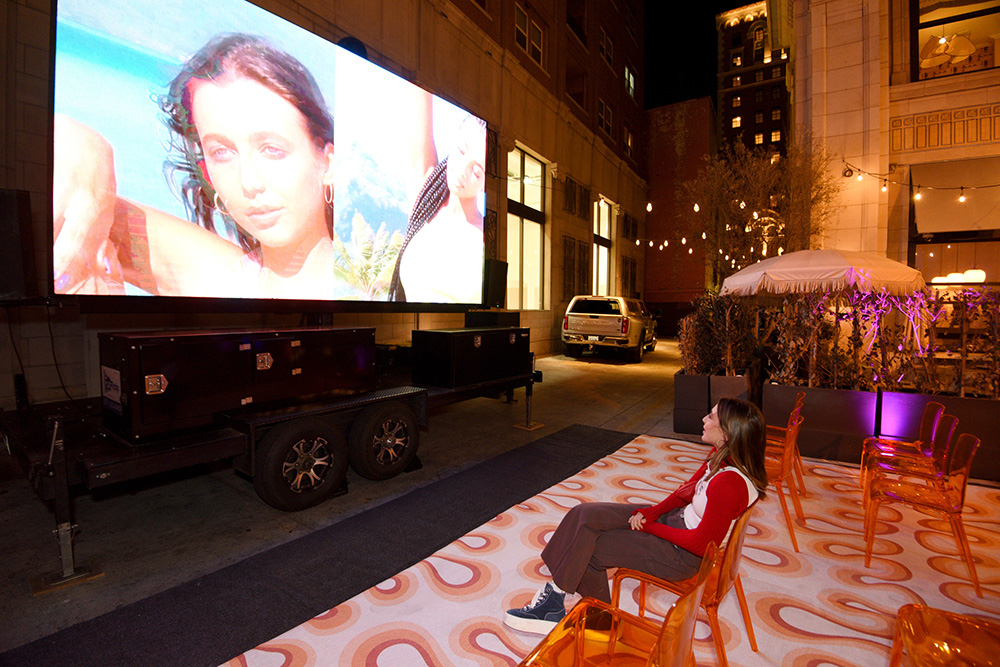 Gen Z style icon and entrepreneur, Emma Chamberlain, celebrated the release of Pacsun’s Spring/Summer 2022 Campaign at the Pacsun DTLA flagship store on Thursday, February 17th, 2022. During the preview event, the official campaign video was screened in-person for the first time, featuring the internet star in augmented and virtual reality. This was also the first time Emma got to see the video with her fans and the Pacsun community.

“I love working with Pacsun for so many reasons. Not only is the experience light hearted and friendly, but I feel nostalgia every time we work together. I grew up shopping at Pacsun and the brand has always been special to me, so getting to participate in two campaigns with them has been such a pleasure. This campaign was especially unique because we shot in Bora Bora and created a virtual avatar of me. Bora Bora is a place that I have always dreamt of visiting, and creating a virtual version of myself was equally as exciting as it was fascinating. The combination of the beautiful setting, innovative ideas, and awesome people created such an exciting campaign. I’m excited for everyone to see it!” said Chamberlain.

To amplify the campaign, Pacsun created a movie theater-like setup in the alleyway outside the store to stream the virtual reality experience video on loop. Guests enjoyed entertainment from a DJ, bites from Monty’s Burger at their food truck and beverages by Kin Euphorics.

A video gaming truck was also on-site with a variety of games to play and Pacsun The Game, Pacsun’s first-ever video game that debuted earlier this week, was available to download and test out via QR code displays. Inside the store, guests had premium access to new products, played claw machines for prizes, clothes and accessories and received custom airbrushing. Pacsun housed its whitespace with a 360 photo booth for attendees to further capture the unforgettable night.

Pacsun Co-CEO Alfred Chang and President Brieane Olson, as well as Calli Perez, Creative Director and Emily Arnold, Vice President of Women’s Merchandising were all in attendance. In addition to excited consumers, many Influencers and Content Creators were also at the launch party, including @CharlotteDalessio.

The event follows Pacsun’s shoppable Live Stream experience hosted by Emma earlier Thursday afternoon, where she previewed some of her favorite new styles. The new assortment of denim, shorts, swim and more are available here.