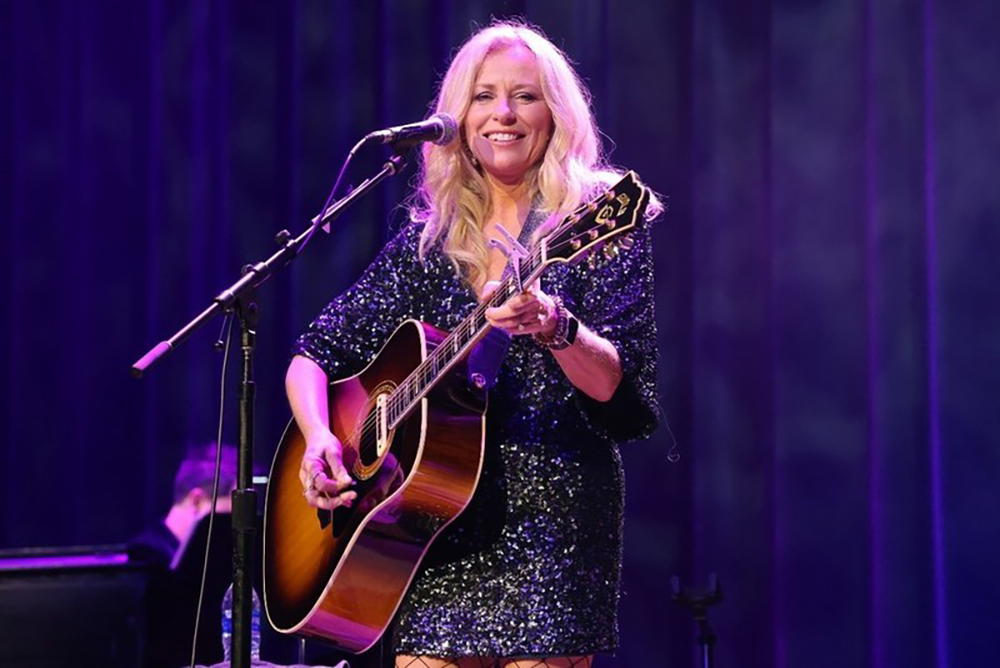 Last Thursday was filled with nostalgia for Nashville native and CMA award-winner Deana Carter when she headlined the famed Ryman Auditorium for the first time. She performed an intimate 90-minute set for the sold-out crowd, with special guests Charles Esten and Breland, as well as friends and collaborators Terri Clark, Kylie Morgan and Brandon Heath. The show was a celebration for the release of the 25th Anniversary Edition of her 5X platinum debut album Did I Shave My Legs for This?, which is available here.

Before the show, Deana was surprised backstage by Universal Music Group President Cindy Mabe, who presented her with a 2X platinum plaque for her mega-hit and CMA award-winning debut single “Strawberry Wine.”

“My 25th anniversary show at the Ryman last night was like a dream,” Carter reflects. “So many friends and family, the faithful fans and I felt so much love in the room in my favorite community, in the best sounding venue on earth! Such an honor and a celebration. I am still floating! Thanks to UMe/Capitol Nashville, all my very special guest artists, the staff, the crew, my band and team. Everyone from the 90s to today, I am just so grateful! Thank you to everyone who made every dream I ever had come true and for making such a remarkable milestone possible. THANK YOU from the bottom of my heart!!”

It was a night filled with great songs and storytelling by Carter and very special collaborations with Breland and Kylie Morgan on “Strawberry Wine,” Terri Clark on “Did I Shave My Legs for This?,” Brandon Heath on “That’s How You Know It’s Love,” and a song that Deana and Charles Esten wrote that was featured in the ABC hit drama series NASHVILLE entitled, “I Know How to Love You Now.”

One of the most emotional moments of the night came when Carter honored the legacy of her late father and A-list session guitar player Fred Carter, Jr., with a jaw dropping medley of songs he played on, which included “Cryin’ (Roy Orbison), “The Boxer” (Simon & Garfunkel) and “Help Me Make It Through the Night” (Sammi Smith) and written by Kris Kristofferson.