“Since opening its doors nine years ago, Resorts World has fulfilled its commitment to be an economic driver, a good community partner, and, most important, a leader in generating significant and much-needed resources to New York’s public schools,” said Bob DeSalvio, President, Genting Americas East. “As New York now begins its recovery, we are proud to continue to provide critical support so that kids across the state have access to a higher-quality education, and we are ready to step up and elevate that support in both the short- and long-term for the state.”

Over the last nine years, RWNY generated enough revenue to fund any of the following:

The New York Lottery continues to be North America’s largest and most profitable Lottery, contributing $3.38 billion in fiscal year 2019-2020 to help support education in the state, of which RWNY generated $348 million, a greater share than any of the other video gaming operators in NY. New York City received $1.5 billion from the overall fund in 2019-2020. The revenue is used to support education across more than 700 school districts in New York State, distributed via a statutory formula that provides larger shares of funding to lower-income school districts.

“I congratulate Resorts World Casino New York City on reaching $3 billion in revenue generated for New York’s education fund,” said Rep. Gregory W. Meeks (D-NY). “Since their opening, RWNY has always been a valued community partner, and I’m glad to see that its success is also an investment in our schools. There is no question that these funds will help prepare students for the future with the education and tools they’ll need to compete for the jobs of tomorrow.”

State Senator Joseph P. Addabbo, Jr., the Chair of the Senate Committee on Racing, Gaming and Wagering, said, “Over the last nine years Resorts World NYC has proven to be a fantastic community partner for not only South Ozone Park, but for New York State, and this incredible milestone is proof of that. The $3 billion Resorts World NYC has generated for New York’s Lottery education fund has been used to improve the lives of countless students and teachers across the state. I am extremely proud to have Resorts World NYC in my district — and hometown — and I look forward to continuing to partner with them going forward.

“Resorts World has been a model community partner in numerous ways – always reaching out and working with the community in good times and bad. Whether that’s hosting job fairs, monthly meetings with the community, serving as an Early Voting site, or offering hundreds of well-paying jobs to the hard-working men and women of South Queens,” said New York State Assemblywoman Stacey Pheffer Amato. “The positive financial boost RWNY provides for our schools and students may be the most impactful. This partnership exemplifies the positive economic contributions the gaming industry has had on our state and should inspire us to take more action to create smart and responsible opportunities to embrace gaming in our state.”

Passing the $3 billion mark in revenue generated for the education fund comes just weeks after RWNY announced plans for a new hotel on property, the Hyatt Regency JFK at Resorts World New York, an eight-story, 400-room, four-star hotel, scheduled to open in Q1 2021. It will feature residential-inspired guestrooms and premium suites with state-of-the-art in-room technology. The hotel will also include new restaurants, an array of conference and meeting spaces, retail options, and additional gaming areas. RWNYC is the only casino in New York City, offering over 6,000 slots and electronic table games to millions of guests annually.

This $400m development will bring the total investment of RWNY to over $1.1 billion since opening in, after Genting spent more than $700 million to enhance the existing Aqueduct grandstand to become a leading entertainment destination. The hotel addition is estimated to create more than 500 good-paying careers for New Yorkers and provide additional revenue for New York State’s Lottery Education Fund.

Last year, RWNY unveiled the “Good Neighbor Network”, a community partnership initiative designed to inspire, empower, and advocate for social and economic good in Queens and throughout New York State. The Network was borne out of a commitment by RWNY since opening in 2011 to partner with dozens of community organizations that address a broad range of issues including workforce development, arts and culture, and health and wellness. The Network will leverage Resorts World’s scale to assist groups by amplifying their work, helping them achieve fundraising goals, and connecting them with volunteers, supporters, and those in need of a good neighbor.

David Kupecky, Executive Director of the Boys & Girls Club of Metro Queens said, “As an organization dedicated to helping children reach their full potential, we see firsthand how important it is to support public schools in Queens and beyond. This has been an essential partnership for close to a decade and we look forward to many more years of working together to provide these young people with the support they need.”

“Resorts World Casino has become a staple in our community for supporting education and healthy living to the communities of Queens and the surrounding boroughs,” said Cedric Dew, Senior Executive Director of Transitional Housing, Jamaica YMCA. “Their impact and generosity and their servant leadership has been invaluable to our institutions.

“The Queens Chamber of Commerce is proud to count Resorts World Casino New York City as an established member,” said Thomas J. Grech, President and CEO, Queens Chamber of Commerce. “The fact that over the course of the last nine years since their grand opening the RWNYC operation has surpassed the $3 billion threshold of generating funds back to the State of New York is astounding and a testament to their dedication to Queens and New York State” 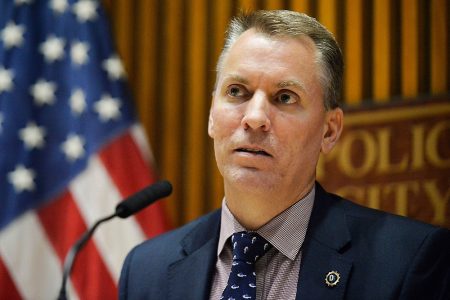 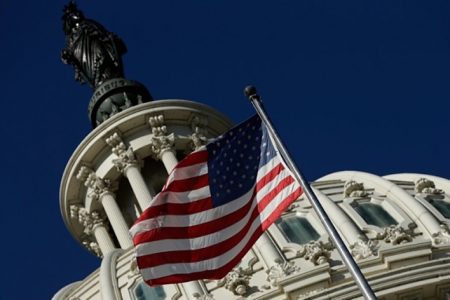 New and Dangerous Trends of Disinformation in Wake of U.S. Capitol Attack 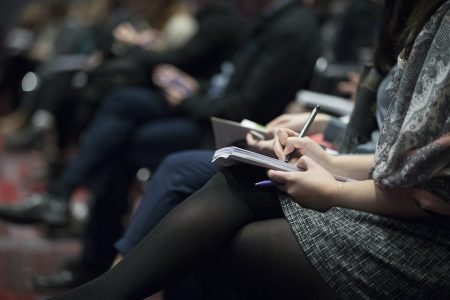