Formed in 2015 by CEO Guy B Duhon Jr, Lamar Brumfield, NeverLeveled has continued its rise and doesn’t look to slow down. With concerts on hold for the past two months due to the ongoing COVID-19 pandemic, concert revenue alone dipping 25% and ticket revenue dropping 16% year over year. NeverLeveled continues to be creative.

On NeverLeveled‘s live demo presentation, CEO Guy B Duhon Jr said the company would begin broadcasted shows along with airing and streaming various entertainment. Their staples Culture A Destination Festival, Soul & Paint, Yacht parties, and private events continue the fall of 2020. “Whether it’s in Arkansas or a state that is safe, secure, and fine to proceed in, we’re going to dabble in virtual concerts with sip and paints, we’re not going to reduce capacity shows because our platform doesn’t allow us to do so,” Duhon said. “There are a lot of great artists that can sell out an arena, but they’ll do 10 higher-end smaller theaters or clubs. We’re seeing lots of artists chomping to get back out once it’s safe.” 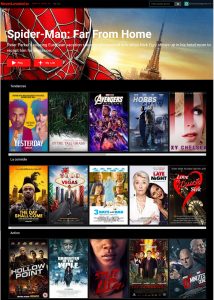 Brumfield says the potential testing could happen in other countries that have fared better through the health crisis. Any such testing, Brumfield said, would happen when it’s safe and reopening phases start to commence.

“You’re going to see us in different countries, whether it’s Finland, whether it’s Asia, Tokyo — certain markets are farther ahead — we kind of look at over the summer there will be testing happening,” Duhon said.

Duhon adds: “So it’s important for us to keep doing virtual concerts, which we’re going to test and roll out, which we’re looking to have some success with concerts which have great broadcasting opportunities, the capacity of festival concerts, which could be outdoors, could be in a theater, could be in a large stadium floor or at performer’s home, where there’s enough room to be safe. We have all of these plans in place depending on the market and where that local city may sit in their reopening phases.”

NeverLeveled had previously announced their streaming platform, in which their live demo seems to set them far and beyond others. With their schedule, entertainment programming, and exclusive content presented to the press doing their demo, it’s safe to say that eager fans and supporters will get the entertainment they’re looking for and NeverLeveled will become a household name.