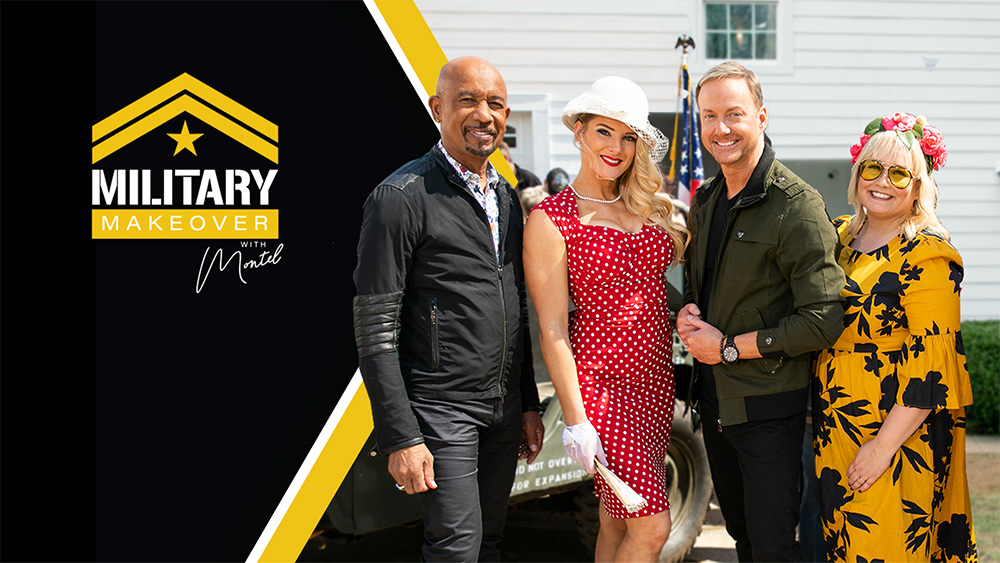 The Navy Mutual Aid Association announces its sixth year of participation with Military Makeover with Montel® airing on Lifetime TV. This season follows the renovations of the Stupar family home. Staff Sergeant Michael Stupar retired after 20 years of service in the U.S. Army; he deployed four times and the process to award him a Purple Heart for an injury received while deployed in Iraq is underway. SSG Stupar lives with his wife, Crystal, and their two daughters.

Navy Mutual staff members Bill Wooten and Michelle Ramos Domingue, Esq. traveled to Michigan City, Indiana, where the Stupar family home is located, to meet with the Stupars and offer their support and gratitude for each family member’s service.

“As an organization that was created by military members for military members, we appreciate the ability to give back to the military community in a personal way,” said Ramos Domingue. “We are honored to provide the lighting fixtures for the Stupar family’s home. Coming home and having the lights on provides a sense of comfort and safety, and that’s what we’re all about at Navy Mutual.”