The National Youth Art Movement Against Gun Violence (NYAM) is launching a “Letgo Racism” campaign on the International Day for the Elimination of Racial Discrimination – March 21 – because gun violence is a public health issue that impacts all of us and will take all of us, regardless of race, to cure. The sale of 100 limited-edition baseball caps with the “Letgo Racism” message will be used to fund the development and implementation of a national curriculum for gun violence prevention (GVP) for high schools. Each baseball cap incorporates artworks from one professional artist and a group of 16-27-year-olds that offers a diversity of perspectives on the issue of gun violence. 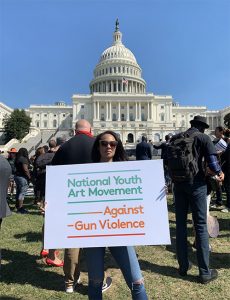 Gun violence is an everyday problem in the US that often becomes national news only in the aftermath of a mass shooting. Yet, mass shootings account for less than 1% of gun-related fatalities. Whereas, suicides have accounted for about 61% of gun-related deaths per year and homicides more than 35%. The perpetrators of mass shootings and those who choose to take their own lives by gun predominately are young, white males. While gun-related homicides (i.e. murders) have the greatest impact among young African American males, Latinos are also significantly affected. Despite the prevalence of gun violence across a diversity of communities, gun violence is often considered an unfortunate problem for African Americans. A problem frequently offered a simple solution: “Stop killing each other.”

However, with youth of all races succumbing to this epidemic, we now understand that what is driving young people to kill themselves or each other cannot be solved simply, but will require a willingness to better understand the underlying factors that precipitate self-harm and violence and the development of measures to provide greater supports for youth.

In November 2019, NYAM brought together subject matter experts from across the US to contribute to a national curriculum for GVP. Drawing on youth violence and school climate research, the curriculum promotes a grassroots culture shift in schools that discourages bullying, hatred, and isolation as behavioral norms and supports instead the development of peer-to-peer compassionate communities in schools that can provide holistic and sustainable interventions for youth that are student-led and student-centered.

More information on the baseball caps and the curriculum project can be found at nationalyouthartmovement.org. The baseball caps were manufactured and donated by Grassroots California, Inc. in support of NYAM’s youth GVP efforts.

A|MUS|E: The Largest Exhibition of New Works by Stuart Dunkel at Rehs Contemporary 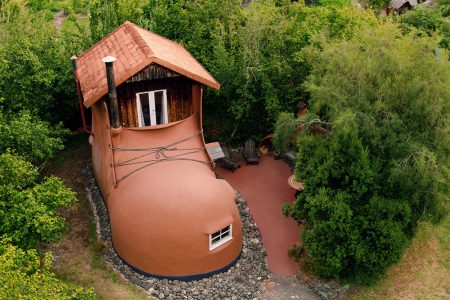 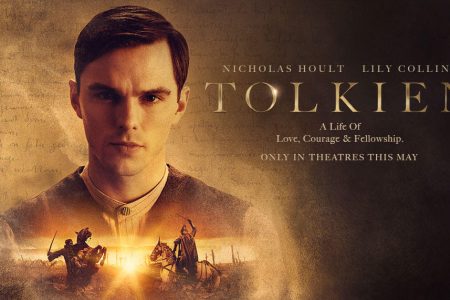 Tolkien: Live From the Montclair Film Festival With Stephen Colbert