NASA is opening the International Space Station for commercial business so U.S. industry innovation and ingenuity can accelerate a thriving commercial economy in low-Earth orbit.

This move comes as NASA focuses full speed ahead on its goal of landing the first woman and next man on the Moon by 2024, where American companies also will play an essential role in establishing a sustainable presence.

NASA officials, including the agency’s Chief Financial Officer Jeff DeWit, will discuss details of the five-part near-term plan in a news conference at 10 a.m. EDT today. The news conference will air live:

NASA will continue research and testing in low-Earth orbit to inform its lunar exploration plans, while also working with the private sector to test technologies, train astronauts and strengthen the burgeoning space economy. Providing expanded opportunities at the International Space Station to manufacture, market and promote commercial products and services will help catalyze and expand space exploration markets for many businesses.

The agency’s ultimate goal in low-Earth orbit is to partner with industry to achieve a strong ecosystem in which NASA is one of many customers purchasing services and capabilities at lower cost.

NASA’s plan addresses both the supply-side and demand-side for a new economy, enabling use of government resources for commercial activities, creating the opportunity for private astronaut missions to the space station, enabling commercial destinations in low-Earth orbit, identifying and pursuing activities that foster new and emerging markets, and quantifying NASA’s long-term demand for activities in low-Earth orbit.

Commercial Activities Aboard the Space Station:

More than 50 companies already are conducting commercial research and development on the space station via the International Space Station U.S. National Laboratory, and their results are yielding great promise. In addition, NASA has worked with 11 different companies to install 14 commercial facilities on the station that support research and development projects for NASA and the ISS National Lab.

Pricing released Friday is specific to commercial and marketing activities enabled by the new directive, reflects a representative cost to NASA, and is designed to encourage the emergence of new markets. As NASA learns how these new markets respond, the agency will reassess the pricing and amount of available resources approximately every six months and make adjustments as necessary.

To qualify, commercial and marketing activities must either:

To ensure a competitive market, NASA initially is making available five percent of the agency’s annual allocation of crew resources and cargo capability, including 90 hours of crew time and 175 kg of cargo launch capability, but will limit the amount provided to any one company.

NASA also is enabling private astronaut missions of up to 30 days on the International Space Station to perform duties that fall into the approved commercial and marketing activities outlined in the directive released Friday, with the first mission as early as 2020. A new NASA Research Announcement focus area issued today outlines the path for those future private astronaut missions.

In the long-term, NASA’s goal is to become one of many customers purchasing services from independent, commercial and free-flying habitable destinations in low-Earth orbit. A robust low-Earth orbit economy will need multiple commercial destinations, and NASA is partnering with industry to pursue dual paths to that objective that either go through the space station or directly to a free-flying destination.

As a first step, NASA is making one space station port and utilities available for industry to attach a commercial module to support commercial activities, and today is releasing a synopsis as Appendix I in NASA’s Next Space Technologies for Exploration Partnerships (NextSTEP) 2 Broad Agency Announcement (BAA). NASA expects to release the solicitation June 14, with awards made by the end of the fiscal year. The forward port of the station’s Harmony module will be available to industry for a finite period of time.

NASA will follow up with a synopsis for NextSTEP 2 Appendix K in July to partner with industry in the development of future free-flying commercial stations in low-Earth orbit.

NASA continues to seek and pursue opportunities to stimulate sustainable commercial demand in low-Earth orbit and, to that end, has added two new focus areas to the NASA Research Announcement soliciting proposals for commercial concepts. these focus areas include in-space manufacturing, regenerative medicine, bioengineering, and other fields that may lead to a scalable, financially self-sustaining demand for low-Earth orbit capabilities.

In addition, NASA is seeking targeted studies to better understand real and perceived barriers of potential new market entrants and to address broad ideas which could help stimulate demand. Successful proposals will define the path to broadly foster market growth, provide data-driven rationale to support the defined path, and lead to recommendations on which NASA, industry or other organizations could act. More details are available in the synopsis for NextSTEP 2 BAA Appendix J. NASA expects to release the solicitation for Appendix J on June 14 with awards made by the end of the fiscal year.

NASA also is working to increase the research and development community’s understanding of the potential value of microgravity research and the path to conducting research in low-Earth orbit by coordinating across the microgravity community to lower barriers to entry and refinement of research via drop towers, parabolic, and suborbital flights.

NASA is providing a forecast of its minimum long-term, low-Earth orbit requirements, representing the type and amount of services that NASA intends to purchase when those services become commercially available. The goal is to reduce uncertainty for commercial destination providers about NASA as a customer, and to help them make decisions about which NASA requirements they are interested in fulfilling.

NASA also is providing details and estimated quantities for NASA crew accommodation, human research, biological and physical science research, technology demonstrations, and hosted science instruments. In addition, NASA intends to continue purchasing services for a national laboratory capability in low-Earth orbit. For example, NASA’s strategy research in the areas of space biology, physical sciences, and fundamental physics is driven by recommendations from the National Academy of Sciences (NAS). Fundamental research and applied exploration research are not mutually exclusive, and advances in one area often enable advancements in the other. NASA’s Space Life and Physical Sciences Research Applications division has identified the highest research priorities for long-term use of low-Earth orbit: in life sciences, the priorities are studies of plants, model organisms, and of the microbiome of the built environment; and in physical sciences, the priorities are studies into combustion and phase change-associated energy transfer.

To improve the agency’s five-part plan and its effectiveness, NASA is seeking feedback from industry and others through a request for information, with responses due by July 3.

For more than 18 years, humans have lived and worked aboard the International Space Station, conducting thousands of experiments in areas such as human research, biology, and physical science, as well as advanced technology development. Many of these experiments, conducted via the ISS National Lab, have been research and development with commercial objectives. New opportunities are needed to move beyond research and development, and the station will play an essential role in enabling those opportunities for new commercial markets needed to build a sustainable ecosystem in low-Earth orbit.

American Well® and Cisco to Expand Telehealth in the Home, Via the T.V. 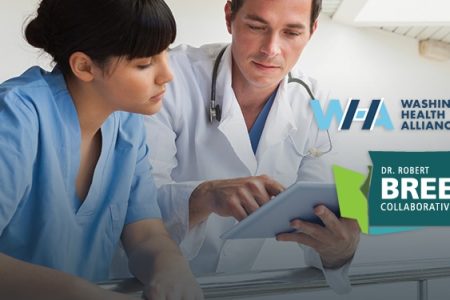 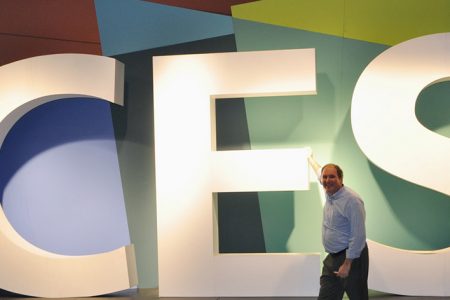