NASA has assigned two crew members to launch on the agency’s SpaceX Crew-4 mission – the fourth crew rotation flight of the Crew Dragon spacecraft to the International Space Station.

The mission is expected to launch in 2022 on a Falcon 9 rocket from Launch Complex 39A at NASA’s Kennedy Space Center in Florida. Lindgren, Hines, and the international crew members will join an expedition crew aboard the space station for a long-duration stay.

NASA astronauts Kjell Lindgren and Bob Hines will serve as spacecraft commander and pilot, respectively, for the Crew-4 mission. Additional crew members will be assigned as mission specialists in the future by the agency’s international partners. 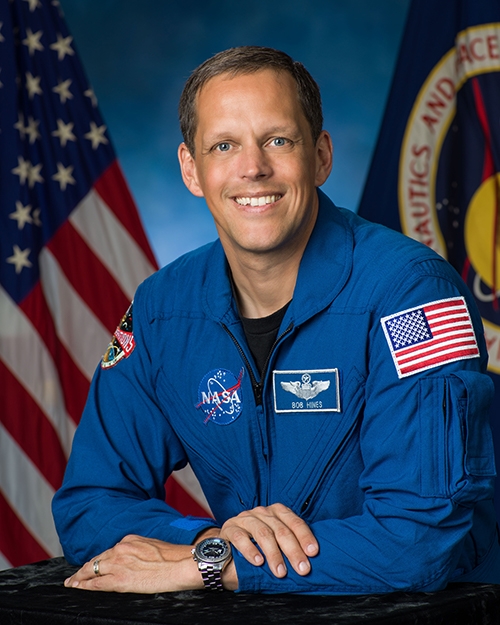 This will be Lindgren’s second trip into space, following a 141-day stay at the space station in 2015 for Expeditions 44 and 45. Part of an Air Force family, he was born in Taipei, Taiwan, and spent a good part of his childhood living in England before finishing high school at Robinson Secondary School in Fairfax, Virginia. He earned a bachelor’s degree in biology from the U.S. Air Force Academy, a master’s degree in cardiovascular physiology from Colorado State University, and a medical degree from the University of Colorado. Before being selected as an astronaut in 2009, he was a flight surgeon supporting space shuttle and space station missions. In December 2020, NASA named him as one of the Artemis Team of astronauts helping to pave the way for NASA’s upcoming lunar missions.

Hines, a lieutenant colonel in the U.S. Air Force, was selected as an astronaut in 2017 and will be making his first trip into space. He was born in Fayetteville, North Carolina, but considers Harrisburg, Pennsylvania, to be his hometown. He graduated from Boston University with a bachelor’s degree in aerospace engineering and went on to earn a master’s degree in aerospace engineering from the University of Alabama in Tuscaloosa. He is also a graduate of the Air Force Test Pilot school. Before becoming an astronaut, he supported multiple military deployments in the Middle East, Africa and Europe; served as a flight test pilot for the Federal Aviation Administration; and flew as a research pilot at NASA’s Johnson Space Center in Houston.

NASA’s Commercial Crew Program is working with the American aerospace industry as companies develop and operate a new generation of spacecraft and launch systems capable of carrying crews to low-Earth orbit and the space station. Commercial transportation to and from the station is providing expanded utility, additional research time, and broader opportunities for discovery on the orbital outpost.

For more than 20 years, humans have lived and worked continuously aboard the International Space Station, advancing scientific knowledge and demonstrating new technologies, making research breakthroughs not possible on Earth. As a global endeavor, 242 people from 19 countries have visited the unique microgravity laboratory that has hosted more than 3,000 research and educational investigations from researchers in 108 countries.

The station is a critical testbed for NASA to understand and overcome the challenges of long-duration spaceflight and to expand commercial opportunities in low-Earth orbit. As commercial companies focus on providing human space transportation services and developing a robust low-Earth orbit economy, NASA is free to focus on building spacecraft and rockets for deep space missions to the Moon and Mars.