The Museum of Science, Boston announced today the expansion of the international tour of its exhibition, The Science Behind Pixar, with an additional two-year tour throughout Japanopening at Roppongi Hills Observation Deck Tokyo City View on April 13th, 2019. This interactive 12,000 square foot exhibition showcases the computer science, math, and science concepts used by the artists and computer scientists who help bring Pixar’s award-winning films to the big screen.

Created by the Museum of Science and Pixar Animation Studios, and featuring more than 50 interactive elements, The Science Behind Pixar embodies the science, technology, engineering, and math (STEM) thinking skills needed to create compelling films. Visitors of all ages will engage in and learn about the filmmaking process through hands-on activities inspired by some of Pixar’s most treasured films, from the first-ever computer animated feature film Toy Story, which opened over two decades ago, to Pixar’s summer 2015 release, Inside Out.

“The Science Behind Pixar is an interactive exhibit that offers people a hands-on opportunity to understand how we make our films,” said Jim Morris, president of Pixar Animation Studios. “At Pixar, we use science, technology, engineering, art and math – along with a significant dash of creativity and fun – and this exhibit is truly a great demonstration of how all those ingredients come together in our filmmaking process.”

“The Museum of Science, Boston is thrilled to introduce visitors around the world to the wonders of The Science Behind Pixar,” said Christine Reich, Ph.D. vice president of Exhibit Development and Conservation. “The exhibition allows visitors to explore the technical and artistic processes of the Pixar filmmakers, highlighting how computers are used as a tool for creativity. The exhibition puts you into the role of each aspect of the Pixar filmmaking process, and we hope visitors will increase their knowledge and understanding of the core STEM content behind computer animation.” 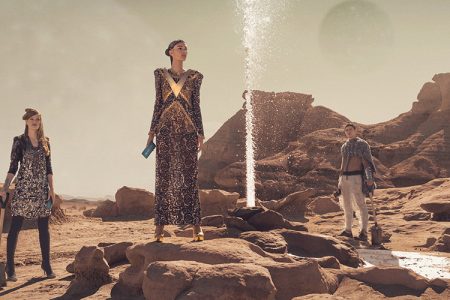