The complete solo album catalog of one of the most iconic figures in British rock is coming to vinyl. Mick Jagger’s four studio records in his own name, issued between 1985 and 2001, will be released as heavyweight 180-gram black vinyl editions on December 6.

The quartet of albums amply demonstrate the creative reach of the Rolling Stones frontman as an artist in his own right. Jagger’s solo work shows the broad artistic palette that has influenced countless subsequent rock frontmen. To borrow one of their titles, they’re a timely reminder of what a wandering creative spirit he continues to be.

The albums have been newly remastered from analogue tape transfers* via the revolutionary Half-Speed Mastering system, by celebrated engineer Miles Showell at London’s Abbey Road Studios. This high audio definition remastering treatment, which creates the finest audio quality vinyl pressings available, was recently used for all the albums in the acclaimed boxed set The Rolling Stones Studio Albums Vinyl Collection 1971 – 2016. The Jagger albums all feature printed inner bags with lyrics.

Jagger released various projects in his own name earlier in his unparalleled career, but after his cameo on the Jacksons’ 1984 single “State Of Shock,” it was 1985’s She’s The Boss that officially opened his solo album account. Recorded at Compass Point in the Bahamas, it was produced by Mick with Bill Laswell and Nile Rodgers and includes the single “Just Another Night,” which hit No. 1 on the Billboard’s Mainstream Rock Songs chart and No. 12 on the Hot 100. Other guests included Jeff Beck, Pete Townshend and Herbie Hancock. Jagger performed songs from the album that year at Live Aid.

Primitive Cool, made in the Netherlands and Barbados, followed in 1987, this time co-produced by the artist with Keith Diamond and David A. Stewart. It featured the flagship single “Let’s Work” and “Party Doll,” later covered by Americana original Mary Chapin Carpenter. Mick subsequently toured the album in Japan and Australia. 1993’s Wandering Spirit showcased the potent production pairing of Jagger and Rick Rubin and had Jagger at his incomparably energetic best on songs like the swaggering “Wired All Night.” It also saw him exploring and expanding his country, soul and funk roots, including the hit single “Sweet Thing” and a cover of Bill Withers’ “Use Me,” featuring vocals by Lenny Kravitz. Other guests included Flea, Courtney Pine, Benmont Tench, and Billy Preston. The album was certified Gold in the U.S.

Jagger’s most recent solo album, 2001’s Goddess In The Doorway, was produced by Jagger with Marti Frederiksen and longtime collaborator Matt Clifford. There were production cameos by Chris Potter, Wyclef Jean, Jerry Duplessis and Lenny Kravitz, the latter on the rock hit “God Gave Me Everything.” Bono and Pete Townshend both appeared on “Joy,” and the album also included the single “Visions Of Paradise,” co-written with Matchbox Twenty’s Rob Thomas. 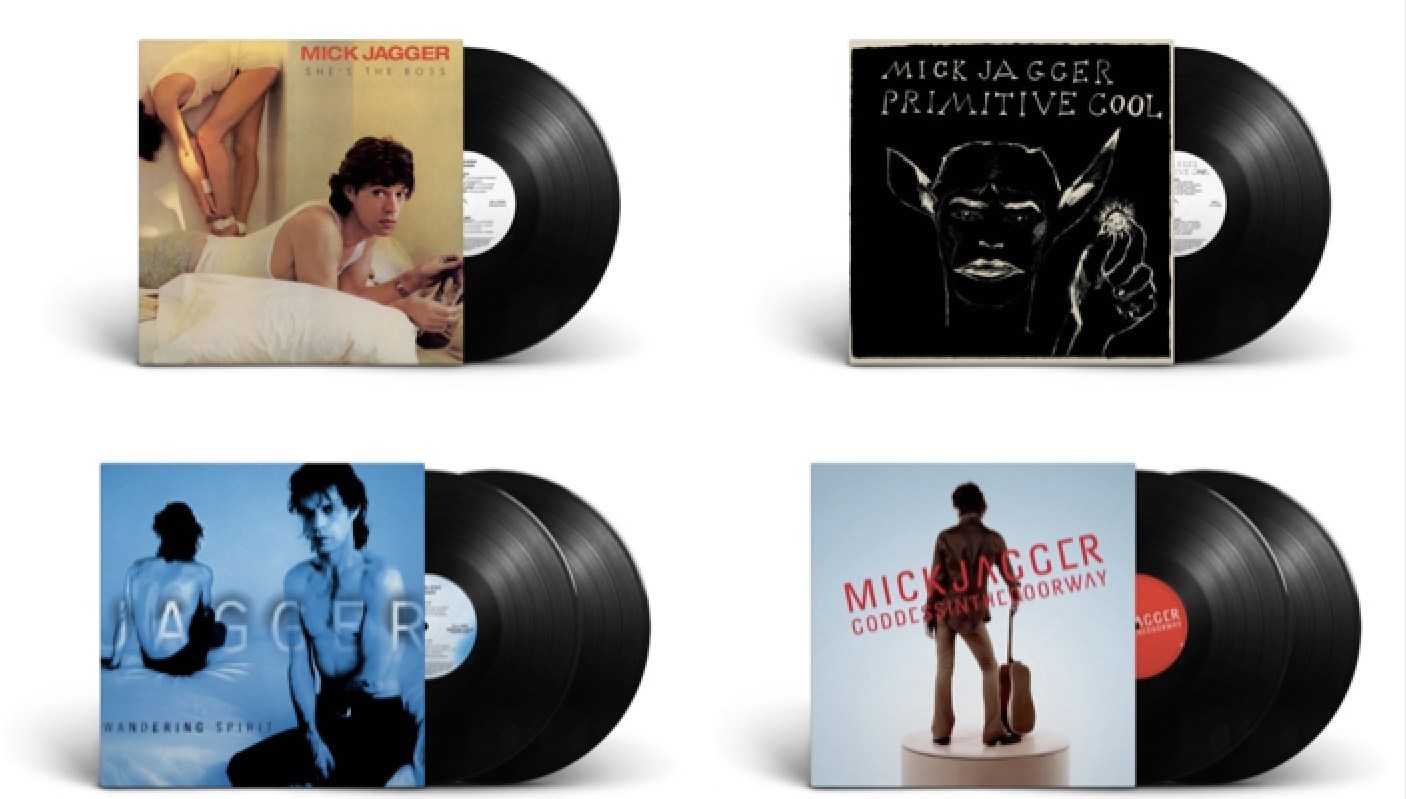 A1 Wired All Night
A2 Sweet Thing
A3 Out Of Focus

Goddess In The Doorway [2LP]

A1 Visions Of Paradise
A2 Joy
A3 Dancing In The Starlight