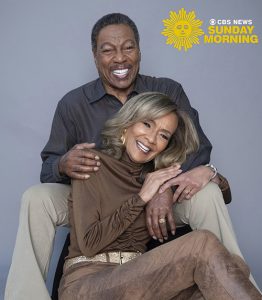 “As Black artists, at our ages, we didn’t believe we’d record another album, especially for a major label,” say Marilyn and Billy, who enjoy tremendous success through the years as recording artists, performers and authors, receiving 7 Grammy Awards, and earning 15 gold and 3 platinum records. “It took a lot of convincing from our millennial producer, Nic Mendoza, who, understood us and our insistence that our new music be about something that truly matters in our world. We agreed to try, if the project honored the importance of lives. We always admired the talents of Paul McCartney and John Lennon, and knew what some did not – that Blackbird is a Civil Rights anthem, written after the bombing of the 16th St. Baptist Church in Birmingham, which took the lives of four babies – Addie, Cynthia, Carole, and Carol Denise. The Blackbird: Lennon-McCartney Icons project, each song, image, timeline and video, praises everyone who dares fight hatred,” adds the couple, who in their sixty-plus-year career of performing have broken countless racial and cultural barriers. Their CBS television variety series was a first for an African American couple.

“Marilyn & Billy are icons and more, whose lives, artistry, and resources strengthen humanity, by ending discrimination against all, who the world seeks to marginalize,” says Kathy Ireland.

Anita Pointer, founder and lead singer of the iconic Pointer Sisters said, “Marilyn & Billy are amazing. Their music inspires me as a writer and singer. Blackbird: Lennon-McCartney Icons deserves this recognition. It’s the truth about the Black experience.”

Dolly Parton said, “I am so impressed. You look and sound fantastic. These new beautiful recordings, including the Beatles classic Blackbird, are for all to enjoy. So proud of you, and I will always love you.”

Sam Haskell, lifelong friend, President of Magnolia Hill Productions at Warner Bros, who made television ratings history with the success of his Emmy-nominated films for NBC and Netflix programs said, “I love Marilyn & Billy’s talent and their new music. The success of Blackbird: Lennon-McCartney Icons is a welcome return for these great artists.”