Airlines for America (A4A), the industry trade organization representing the leading U.S. airlines, announced the commitment of its member carriers to work across the aviation industry and with government leaders in a positive partnership to achieve net-zero carbon emissions by 2050. As part of that commitment, A4A carriers pledged to work with the government and other stakeholders toward a rapid expansion of the production and deployment of commercially viable sustainable aviation fuel (SAF) to make 2 billion gallons of SAF available to U.S. aircraft operators in 2030.

“We are proud of our record on climate change. But we know the climate change challenge our country and the world face has only continued to intensify,” said A4A President and CEO Nicholas E. Calio. “Today, we embrace the need to take even bolder, more significant steps to address this challenge.”

A4A and its member carriers are committed to working in partnership across the commercial aviation sector and beyond to help advance and deploy commercially viable technology, operations, infrastructure and SAF to meet these ambitious climate goals. At the same time, it is imperative that the U.S. federal, state and local governments implement supportive policies and programs that enable innovation, scale-up, cost-competitiveness and deployment in each of these areas, while avoiding the implementation of policies that would limit the aviation industry’s ability to invest in emissions-reducing measures. Many A4A members are already investing in SAF, but the aviation industry requires a similar urgent commitment from policymakers, fuel producers and others in the feedstock and fuel supply chain to achieve meaningful scalability.

Some A4A members already have set forth net-zero goals. Calio, however, highlighted the importance of making this an industry-wide commitment. “Given that airlines are already driven to be highly fuel efficient, pushing technology, SAF, operational and infrastructure advances even farther to achieve net-zero is a massive undertaking,” said Calio. “Reaching the 2030 SAF goal alone will require an 84 percent annual average increase in SAF production through 2030. To move the needle, we must all work together, and the government needs to be an active partner and provide positive infrastructure and other investments to complement our efforts.”

Calio cited examples of positive policy support that Congress could provide in upcoming infrastructure legislation, including a $2 per gallon SAF blender’s tax credit, further modernization of the air traffic management system to enhance efficiency, continuation and expansion of public-private aviation environmental research and development programs, U.S. implementation of the international climate agreement called the Carbon Offsetting and Reduction Scheme for International Aviation (CORSIA) and backing for emerging technologies like carbon capture and sequestration. “U.S. airlines are ready, willing and able partners and are proud to be part of the climate change solution. Now is the time for us all to step up, together,” added Calio.

U.S. airlines have a strong climate change record and a continuing commitment to further reduce their greenhouse gas (GHG) emissions footprint, which currently accounts for less than two percent of the nation’s GHG emissions inventory. U.S. airlines improved their fuel efficiency by more than 135 percent between 1978 and year-end 2019, saving over five billion metric tons of carbon dioxide (CO2) – equivalent to taking more than 27 million cars off the road on average in each of those years. Additionally, A4A and our members have helped launch the nascent SAF industry and committed to CORSIA to help facilitate achieving carbon-neutral growth in international aviation beginning in 2020.

More information on these climate goals and the government policies that can enable them is available here. 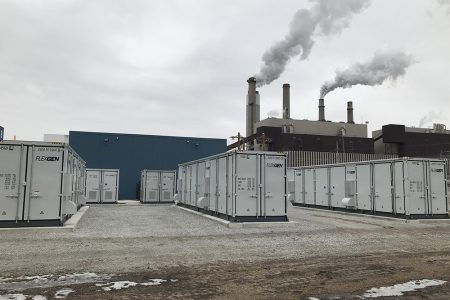 Battery Storage Use Up Among Utilities Looking for Reliable, Affordable Power 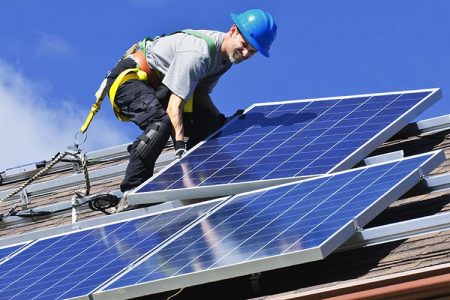 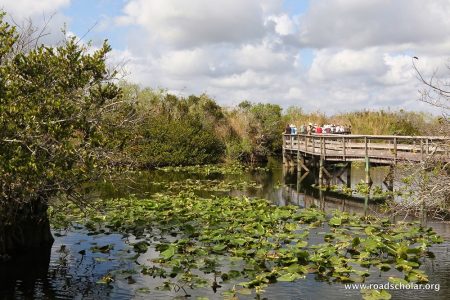